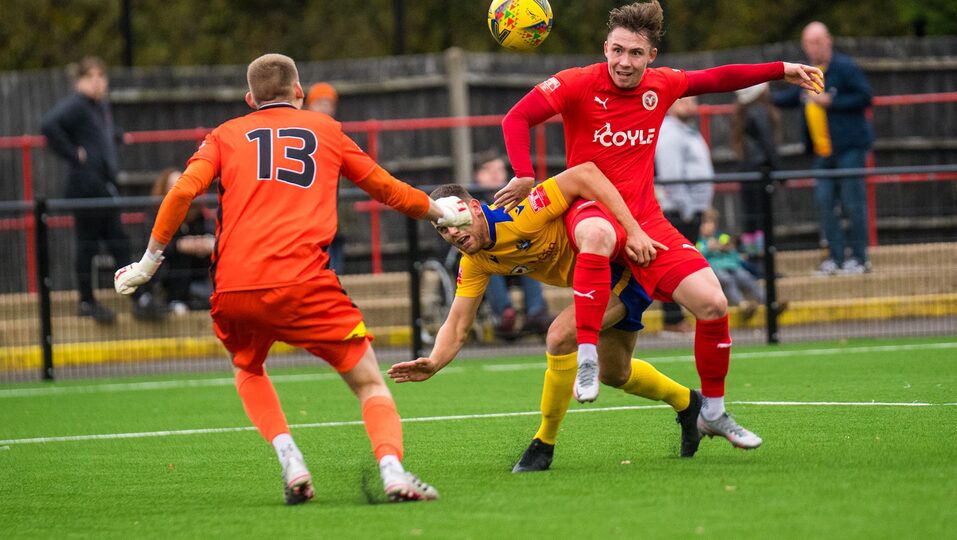 Some days a last gasp draw can feel like a win and for Beaconsfield Town, who came from behind three times to earn a point against Salisbury, Saturday was definitely one of those days.

The result halted The Rams losing run and when viewed alongside the second half performance on Monday against Walton Casuals. Suggests that now Holloways park is up and running the team has a base not only to play at but also to build on. 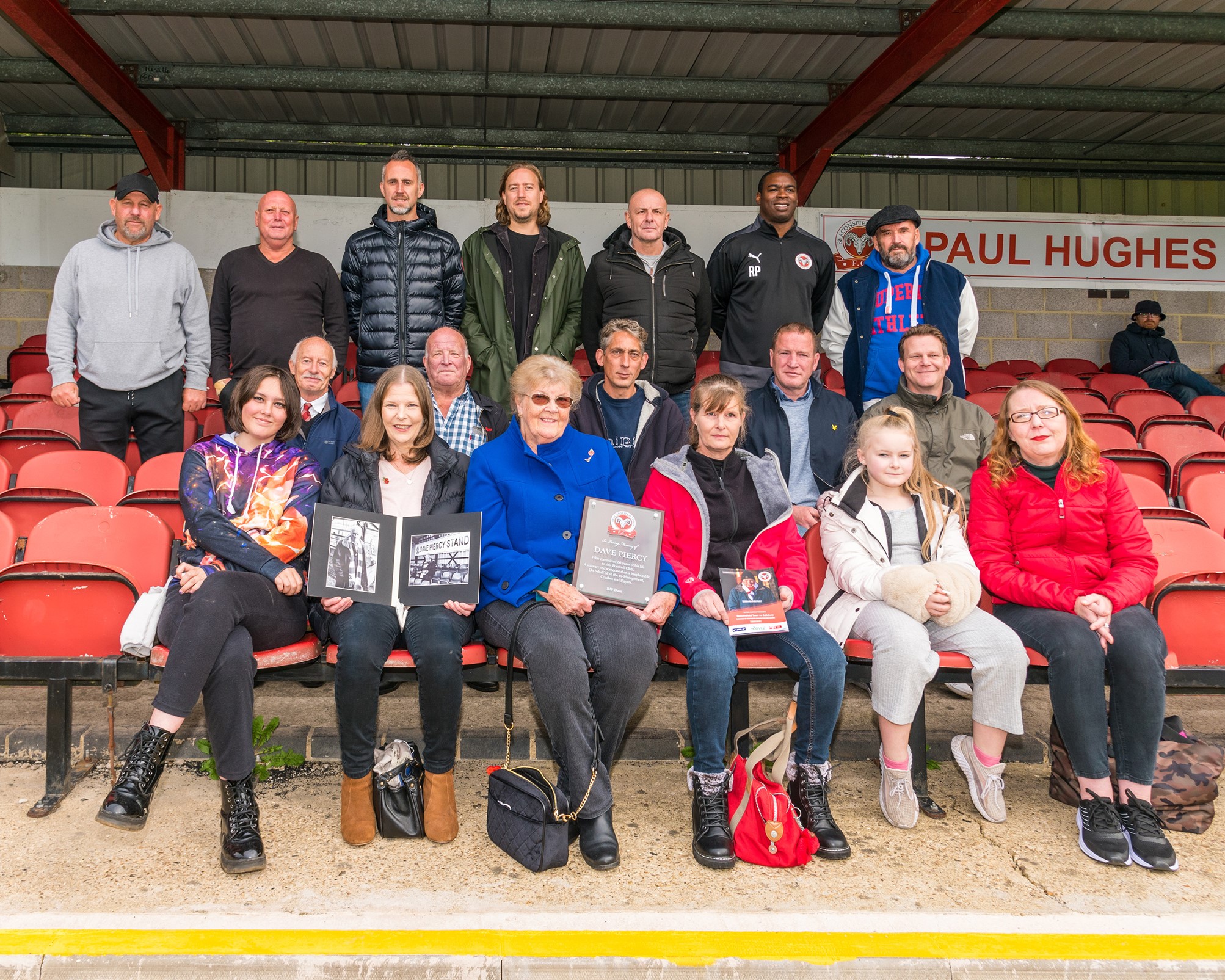 Saturdays fixture was dedicated to the memory of Beaconsfield

President Dave Piercy. His widow and family were guests of honour before kick off and both teams and the assembled crowd gave ‘The chip finder general’ a rousing minutes applause before kick off.

Anything else worth warming the palms over was noticeably absent for most  of a drab and windswept first half.

Ayman Azaze returning from National League Barnet, to continue his loan spell, was marginally the busier of the two keepers, making several regulation saves but his opposite number Patrick O’Flaherty had to be at his best to turn away efforts from Kaine Kennedy-Sinclair and Nathan Minhas.

Both sides struggled to get to grips with conditions as the blustery wind and lively surface combined to produce a first period full of effort and endeavour with precious little in the way of quality.

The second half started with a bang as the visitors took the lead with a significant slice of luck. Collecting a clearance from an early corner Antonio Diaz’s far post cross was met by Luke Neville but his clearance struck Charlie Kennedy and flew into the bottom corner.

So far this Season the Rams have faired reasonably well with the lead and uniformly terribly without it, so home fans could have been forgiven for fearing the worst especially when moments after the goal Azaze was forced into a full length plunging low save to turn away a shot from Tom Blair. The visitors had their tails up. Even worse was to follow for The Rams who were forced to reorganise their already much reorganised defence as Luke Neville limped off. AJ Ajanlekoko dropped back alongside Jerome Ecclestone and McCoy dropped into an advanced midfield role with Tyrone Lewthwaite joining Minhas up front.

Despite the adversity The Rams weathered the early storm and driven forwards by irrepressible skipper Scott Donnelly they found their way back into the game and back on terms. The goal came from their first real moment of quality football. A swift one touch counter attack created space for the industrious Nathan Minhas on the edge of the D. He made space for a shot but elected to slide an inviting, pass inside the full back for the onrushing Olly McCoy who thrashed his first time effort high past the advancing O’Flaherty.

Frustratingly parity lasted just Four minutes and Salisbury’s lead again came from a Diaz Cross, this time the winger’s in-swinging ball was met by Darren Mullings. His downward header was forced home at the far post by Marvin Brooks with the Beaconsfield defence and bench looking more in hope than expectation for an assistants flag that didn't arrive.

Again Beaconsfield Rallied but the Salisbury defence marshalled well by Sam Roberts and Charlie Kennedy who were solid under the high ball all afternoon. On the floor though the effort and running of Minhas, McCoy, Lewthwaite and Kennedy-Sinclair were starting to stretch the visitors. It was Kennedy-Sinclair who forced the breakthrough getting the better of Josh Sommerton, he cut in towards goal and bore down on Roberts. Sommerton struggled to get back and made a clumsy challenge on the winger who went to ground. There wasn’t a huge amount of contact but it was enough for Mr Elson who pointed to the spot without hesitation.

Donnelly stepped up and made no mistake from the spot.

Salisbury weren’t finished though and as the clock ticked into stoppage time Substitute Harry Baker slipped past the despairing Beaconsfield Offside trap and slotted home past Azaze. Cue bench emptying celebrations and much hilarity amongst travelling fans. Surely that would be enough. 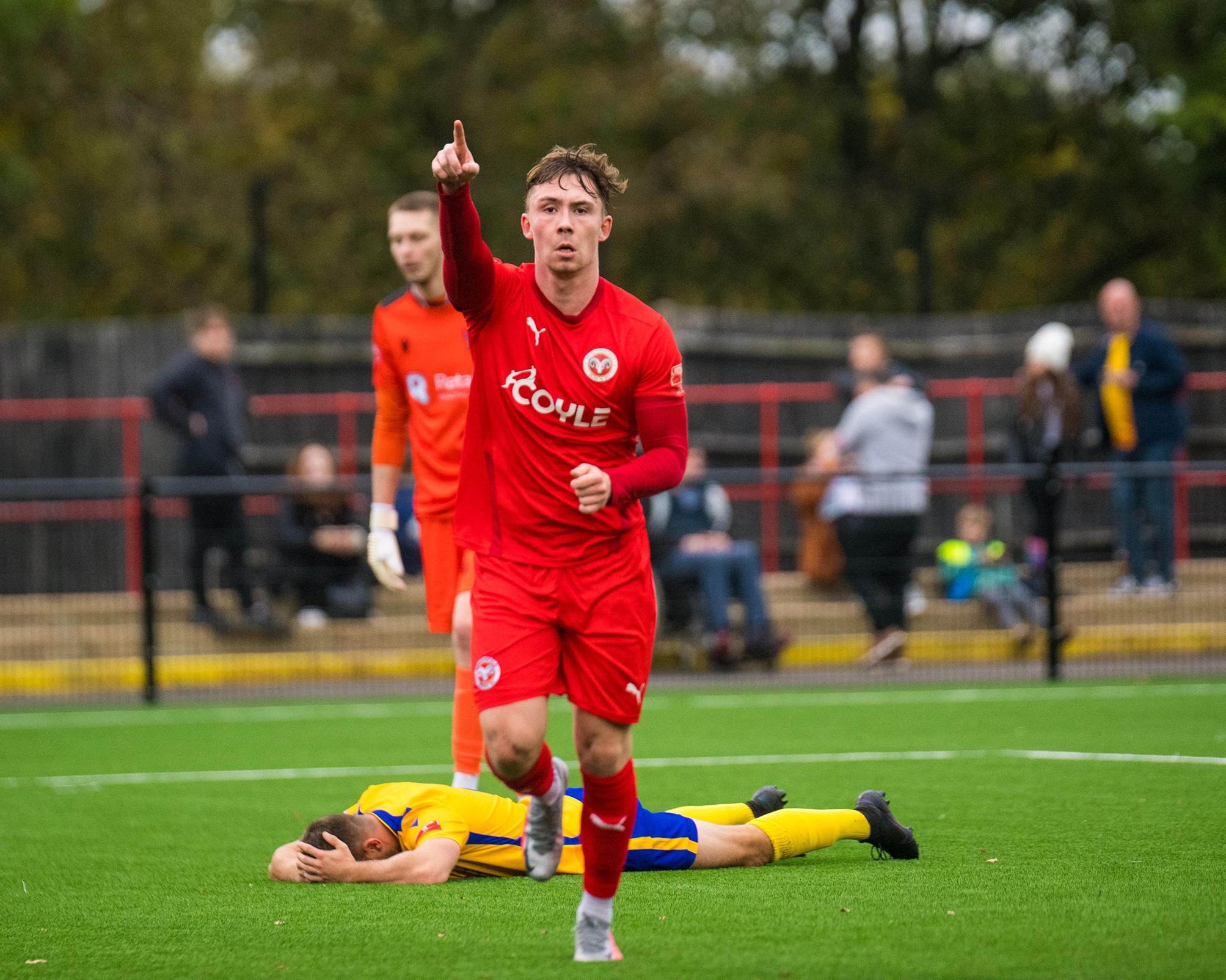 As time ticked down Beaconsfield continued to press and when the crucial moment arrived McCoy was on hand to send home supporters home with a spring in their step.

An angled ball into the box was allowed to bounce and McCoy pounced forcing his way past the defender and holding off his desperate challenge long enough to deftly guide the ball over the advancing O’Flaherty.

There was still time for Beaconsfield to almost nick an improbable victory with the final act. Donnelly launching an audacious 45 yard volleyed effort which whistled narrowly over bar much to the relief of the rapidly retreating O’Flaherty.

The Rams now head to Chesham on Tuesday night