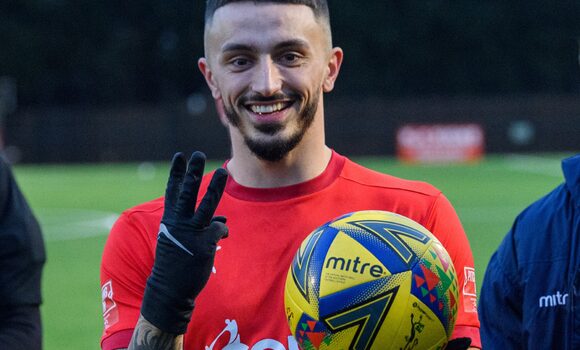 Man of the Match - Nathan Minhas

Naive defending from the visitors and a bit more by way of the run of the ball than they have enjoyed of late saw The Rams cruise past Harrow Borough at Holloways Park, with Nathan Minhas bagging the Man of the Match honours with a hat trick.

Even he would have been surprised by the help the visitors gave him as they allowed Beaconsfield’s leading striker to score virtually the same goal three times. It resembled a FIFA computer game cheat mode by the end, as Minhas, with the assistance of Ryan Hall and Olly Sprague twice exploited indecision at the heart of the visitors defence muscled into the space between the defence and keeper Strizovic to lift through passes over or past the exposed keeper - who didn’t know whether to stick or twist by the end.

Strizovic denied Minhas and Lucas Sinclair whilst Ryan Hall was at full stretch to turn away George Moores angled drive. 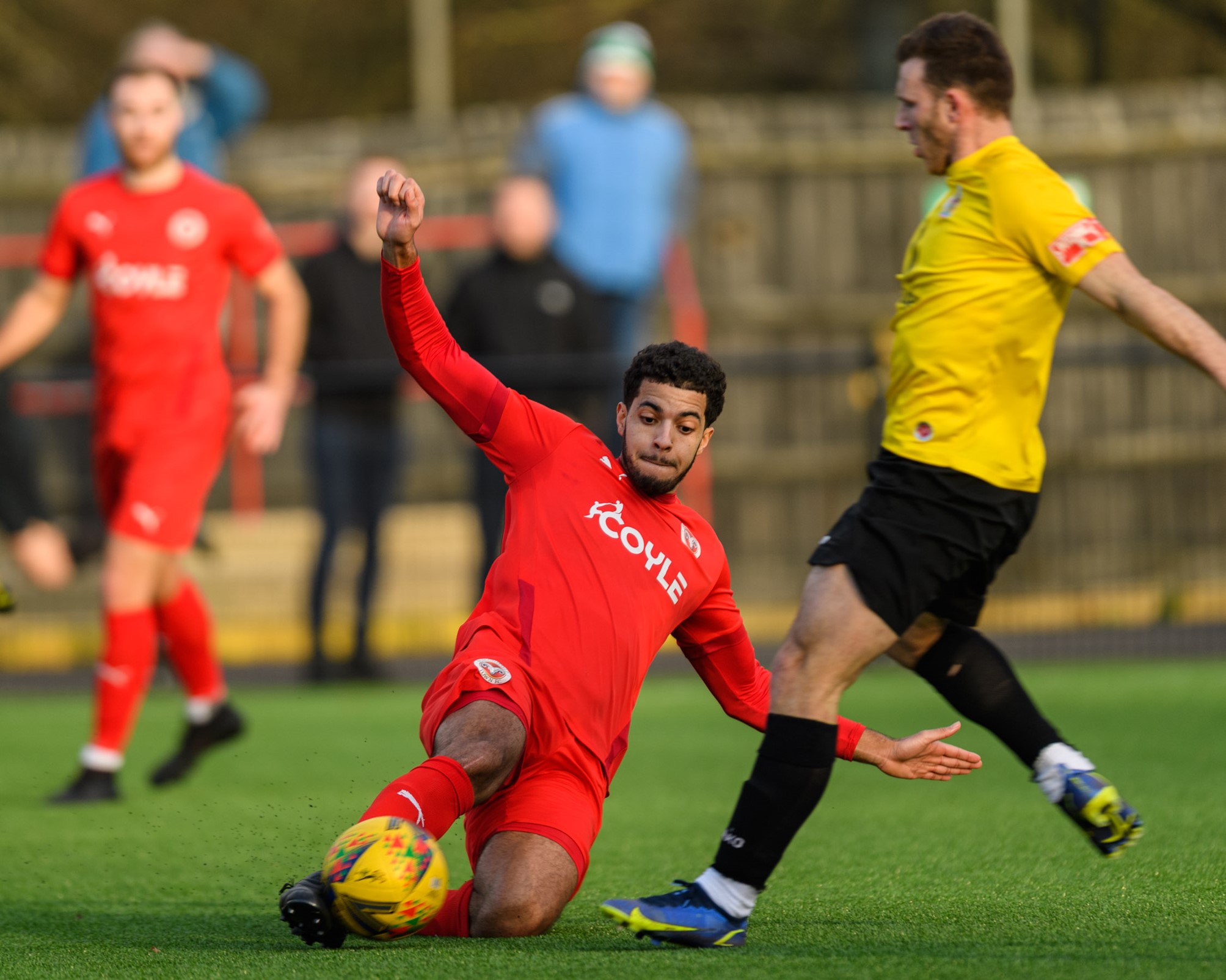 Harrow should probably have opened the scoring. Left back Ahmet Biler got the better of Dan Bradshaw, filling in at right back with Callum Webb unavailable and James Clark heading to try his luck in the Australian League. He cut into the box from the left and seemed well placed to shoot but settled on a pull back for former Ram James Ewington. He dragged the cross behind the onrushing striker and the chance was gone. Beaconsfield made them pay almost immediately as

Lucas Sinclair threatened on the left for The Rams, forcing a corner. The practiced short corner routine was worked to Olly McCoy on the right corner of the box and his right footed drive grazed the head of a covering defender and flew high into the net.

Strizovic again denied Minhas in a one on one and flew to his left to beat out a Lucas Sinclair cross shot before Minhas made it two, stepping between defenders to lift Ryan Hall’s predigious goal kick over Strizovic after his defence allowed the ball to bounce in front of them. 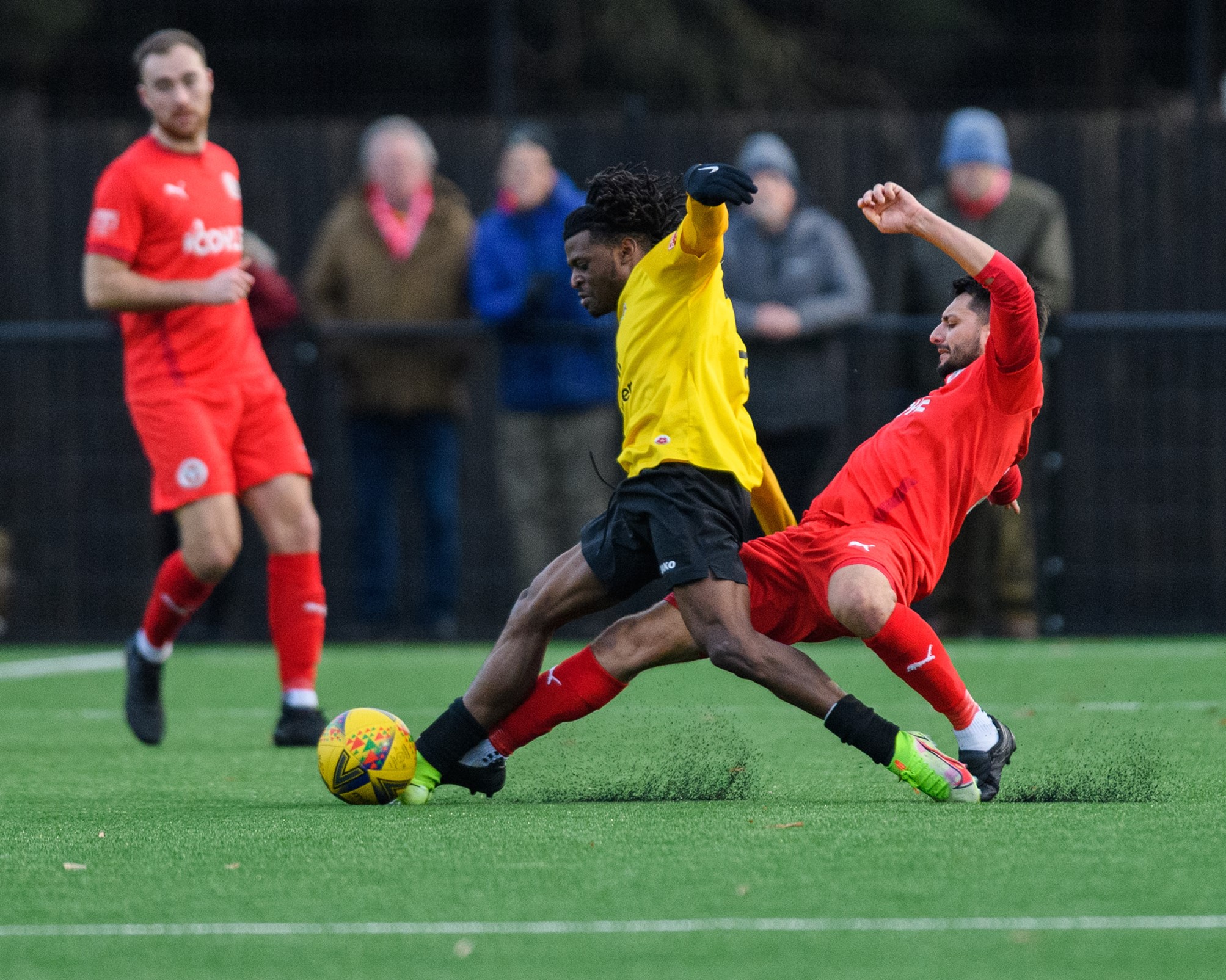 There was no over confidence in the home support as the second half got underway. Despite naive defending Harrow were well enough in the game at the break. Certainly enough for fans to nervously wonder if the lack of clinical finishing would come back to haunt them.

As is often said, the next goal after the restart was crucial. The visitors started brightly having made a double substitution at the interval and dominated the early possession. Beaconsfield were comfortable to hold them at arms length though and much of the football was played in front of the home defence with a minimum of penetration or concern for Ryan Hall.

After six minutes Nathan Minhas eased home fan’s nerves with his second, again bursting on to Olly Sprague’s long through ball and toe ending home past the advancing Strizovic. 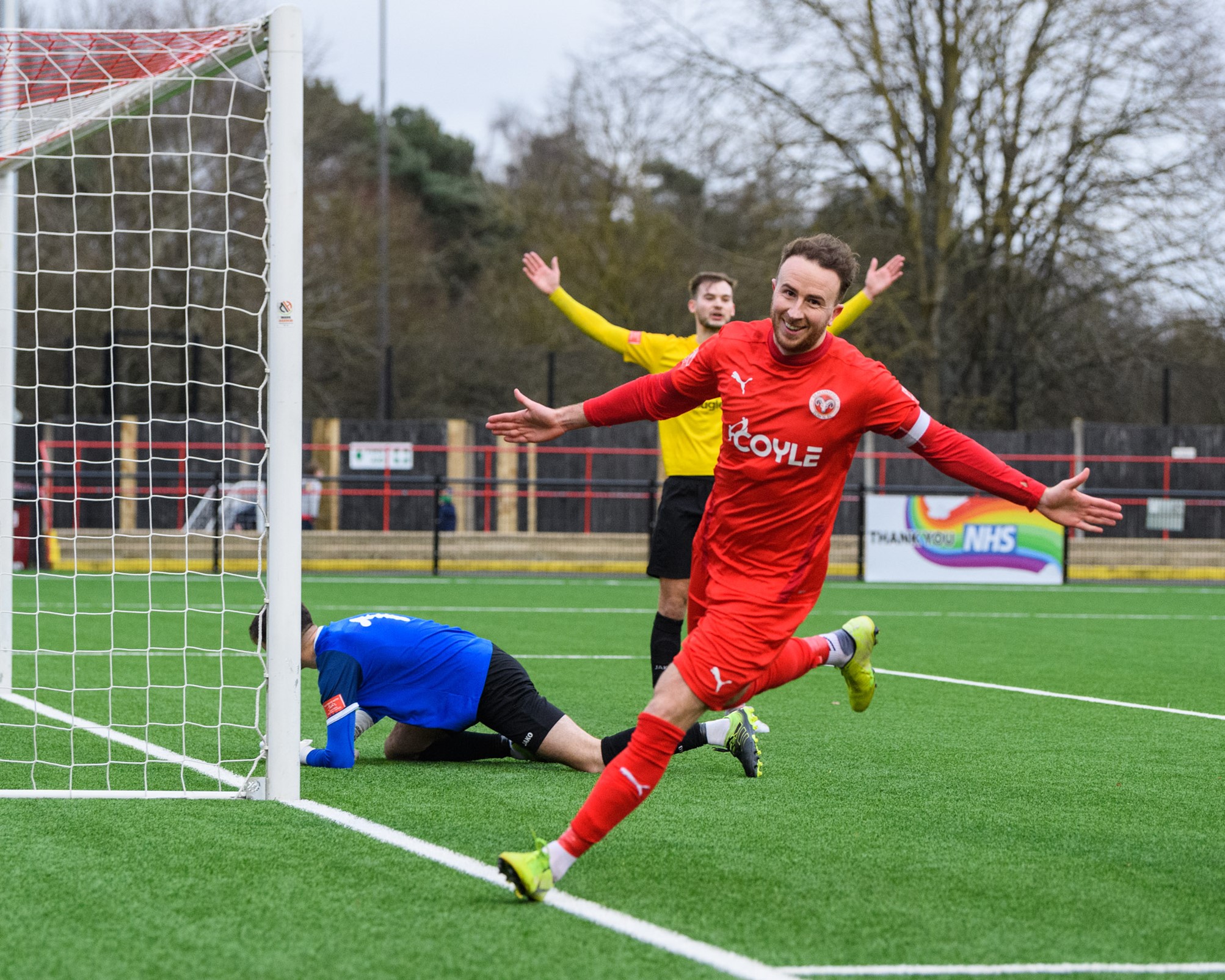 Six minutes later skipper Toby Little made it four though most of the credit should go to Lucas Sinclair who, faced by two defenders and heading towards the corner flag, bamboozled the markers to escape along the goal before looking up to pick out Little with a sublimely weighted pull back.The skipper applied the emphatic full stop with a composed finish from eight yards.

To their credit Harrow refused to lie down and rallied briefly with substitute Joe Otudeko firing home to spark hopes of an improbable fight back. George Moore saw a speculative effort canon off the crossbar with Hall beaten and home supporters heart rates were beginning to rise before Dan Bradshaw’s volleyed effort from the edge of the box deflected off the knee of Marc Charles-Smith and into the corner. 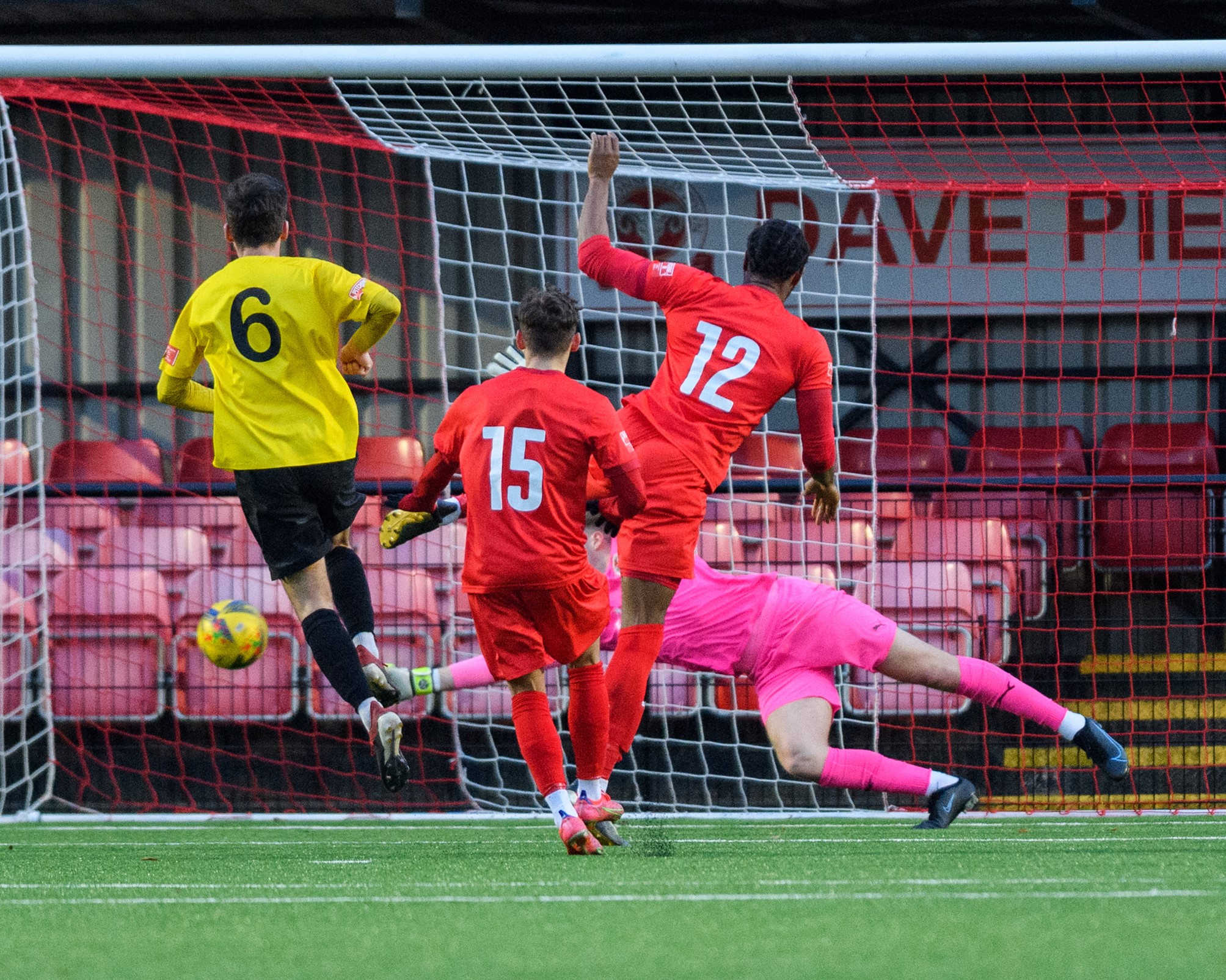 There was still time for Minhas to bag his match ball, again beating James Mansfield to a pinpoint Olly Sprague pass to lift his effort over Strizovic.

Harrow continued to battle away but were denied a late consolation when Ryan Hall to produce an outstanding full length save to turn aside Lewis Cole’s effort from close range to preserve The Rams advantage.

Next up an away game - remember them? - As The Rams visit Walton Casuals next Saturday.