Rams triumph after the storm

Rams triumph after the storm 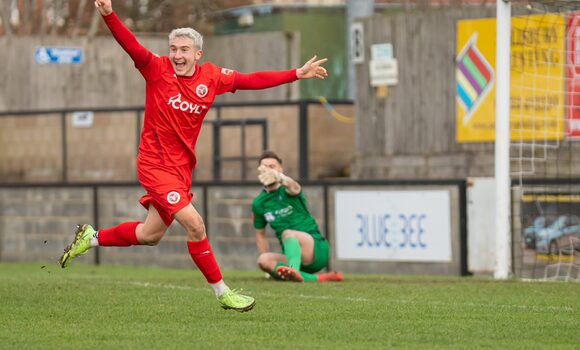 Second half goals from Nathan Minhas and Dan Bradshaw were enough to see Beaconsfield home against a Salisbury side who rallied briefly after the award of a soft late penalty but lacked the quality or composure to capitalise on their possession as The Rams tried to kill the game at 2-0. Despite sitting in, surrendering territory and possession in the process, they got away with it without too many alarms for Ryan Hall.

With Storm Eunice battering the country this was another weather dominated encounter and the home side sought to take full advantage in the first half with the wind at their backs. 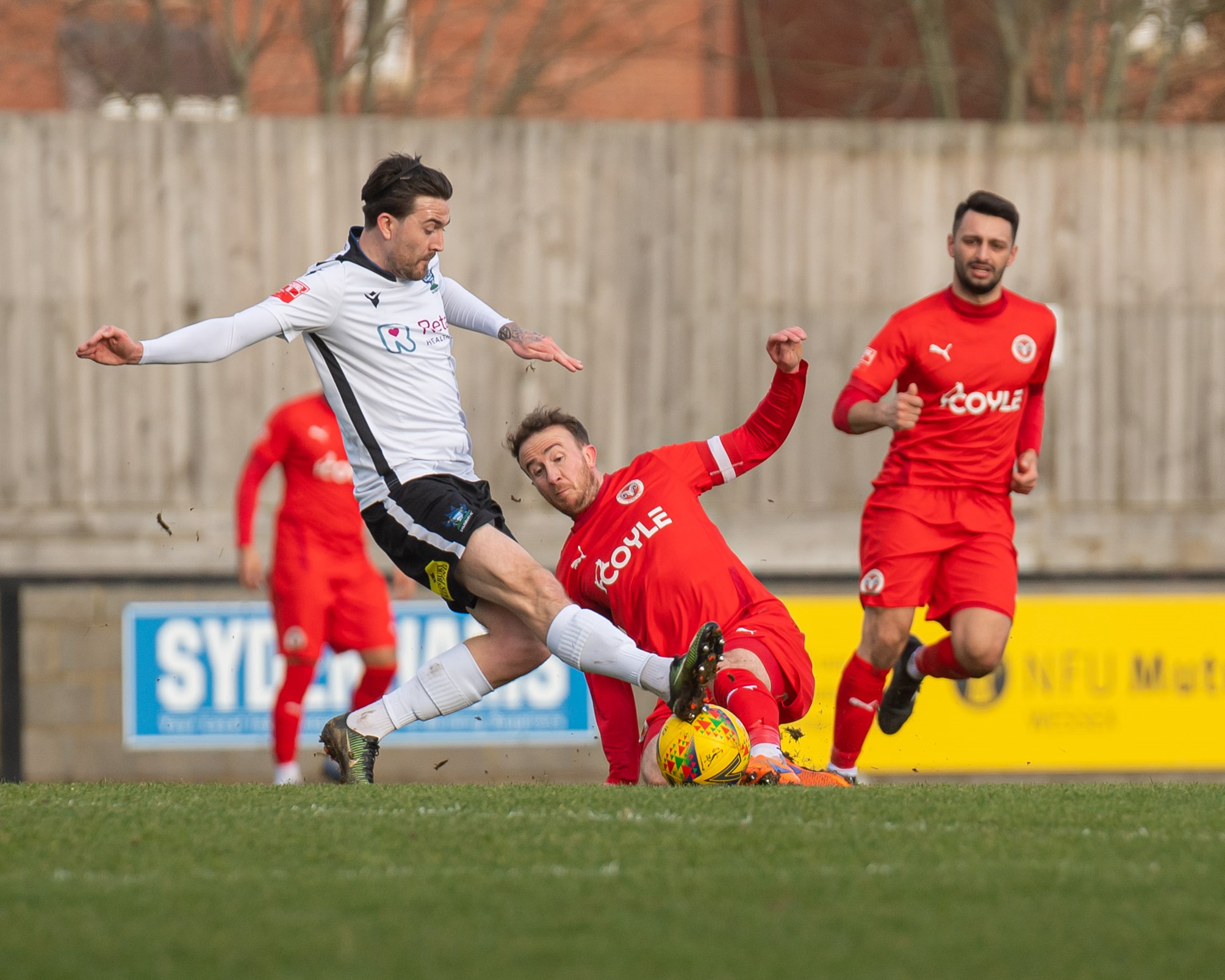 Calvin Brooks came closest to giving the home side the lead in a three minute flurry of corners and pressure he twice headed against Ryan Hall’s cross bar. His first effort came as he diverted a corner across the face of goal but could not get over it enough to sneak it under the bar. The second, though, found him in splendid isolation with time eight yards out and he will be disappointed not to have got his effort on target.From their next counter Josh Fawole just failed to get the finishing on the end of a left wing cross.

That was about it for the home side though as despite the very strong breeze The Rams set about their task well and became increasingly threatening as the half progressed, establishing their controlled possession football and pressing with purpose to limit Salisbury’s opportunities.

Chances were at a premium though.

Scott Donnelly almost announced his return to the heart of midfield in style, after his brief trip to Hayes, fizzing a fierce left foot volley wide of the target after a block from a Toby Little shot fell nicely for him 12 yards out. If anything he caught it too sweetly and it flashed a yard wide.

After the break The Rams took full advantage of the elements and dominated possession, pinning Salisbury back and pressing with Dan Bradshaw at the heart of everything.

His high energy pressure style was perfectly suited to terrorising a side low on confidence and struggling to get out of their own half. The chances came thick and fast, Aaron Minhas and Callum Webb combined down the right and Webb saw his low effort fall narrowly wide. Then Marcus Beuchamp acrobatically tipped over Luke Neville’s flicked back header.

From the subsequent corner The Rams pinned Salisbury in keeping possession and using the width of the field. 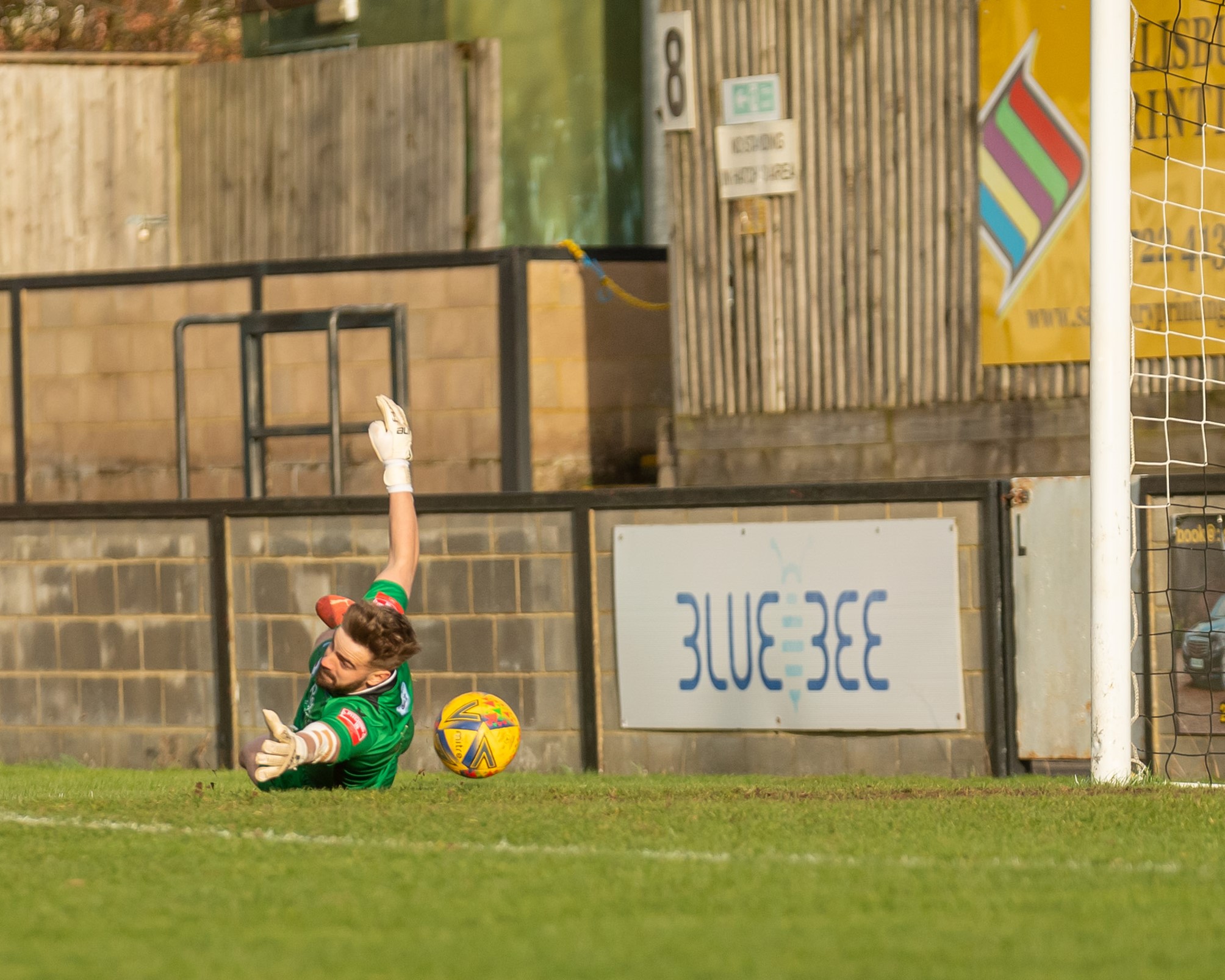 In the 51st minute the pressure paid off. Nathan Minhas worked an opening in the inside left channel, advanced into the box and dragged a low shot past the despairing dive of Beauchamp and into the corner. 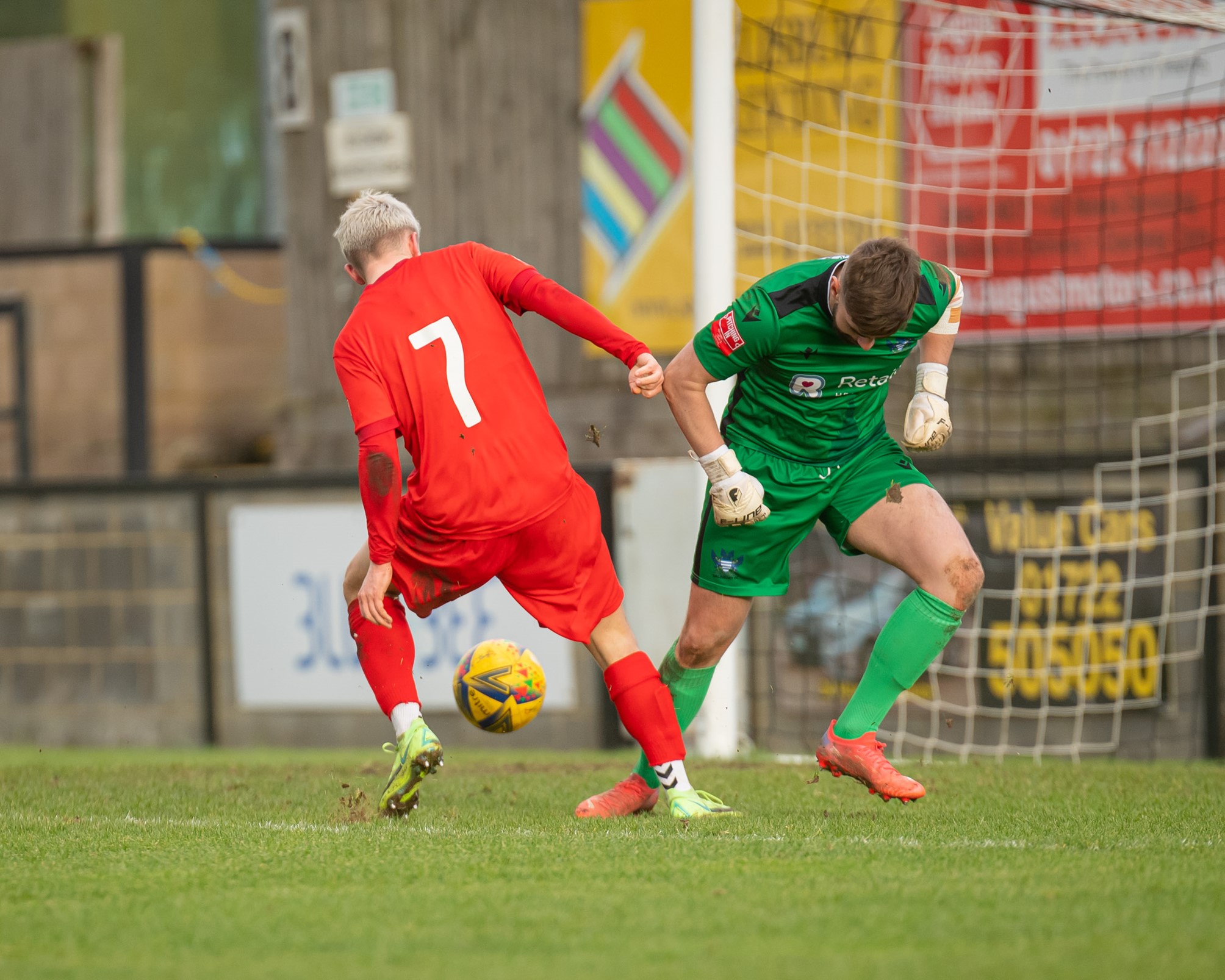 Beaconsfield continued to press, Minhas saw another low effort from the right corner of the box saved by Beauchamp low to his right. Then

when the keeper dawdled on a back pass, Bradshaw darted in to dispossess him but could not fashion a finishing touch and the chance was gone.

Toby Little Olly McCoy and Aaron Minhas all saw shots blocked or saved as Beaconsfield went in relentless pursuit of a second, which arrived in the 62nd minute.

Nathan Minhas cut in from the right edge of the box and was almost tackled by Bradshaw, trying to clear out of his way. Minhas’ low shot deflected off Bradshaw’s trailing boot and looped over the wrong footed Beauchamp. Undoubtedly somewhat fortuitous but no more than The Rams deserved on the balance of play.

Steve Claridge introduced Devon Arnold and Lewis Twamley switching to play three at the back with wing backs, Rams Manager Gary Meakin withdrew Toby Little and Scott Donnelly adding AJ to set up like for like to counter the threat. He also sent on Lucas Sinclair to provide an out ball threat on the counter.

Arnold was lively on the left and gave the homeside hope after 78 minutes riding a foul challenge from Callum Webb he drove into the area. Liam McDevitt stepped out and across him to win the ball as Arnold sprawled to the ground theatrically. Referee Charlie Bullock decided the successful challenge worthy of a penalty which Arnold got up to convert.

Fortunately for The Rams this Salisbury side weren’t good enough to turn their final flourish into anything of substance and the admirable McDeviit and the rest of the defence stood firm protecting Ryan Hall from further alarm beyond a couple of routine takes.

Indeed The Rams came closest as the clock ticked down. Fittingly it was Bradshaw who almost capped his and The Rams day with a low shot from an angle which Beauchamp did well to turn around his near post for a last minute corner.

A happy coach returned to Beaconsfield where The Rams will entertain Gosport Borough next Saturday.