HOME COMFORT AT LAST FOR RAMS!

HOME COMFORT AT LAST FOR RAMS! 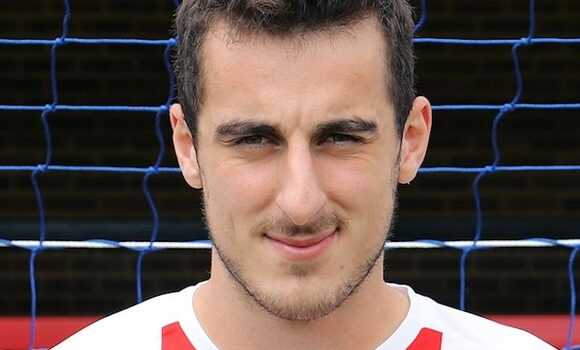 Beaconsfield put on a late late show to finally chalk up their first home league win of the season.

A dire first half from both sides saw only a 40th minute effort by Ryan Hill and a 44th minute half chance for Ollie Jones of any note.

The second period also began sluggishly, both sides wasting possession in equal measure. The introduction of Charlie Losasso, however, gave a new spring to The Rams and they upped the tempo. On 79 minutes Losasso pounced on a mistake by the Hanwell defence to shoot at Melvin Minter in The Geordies goal. Minter could only palm the ball away and it fell invitingly to Aaron Berry to gleefully smash home his first goal since returning to The Rams.

Two minutes later Beaconsfield doubled their advantage as a Losasso corner was headed home by Guri Demuria. Minter then made good stops to deny the lively Ryan Hill and Aaron Minhas but he was powerless to deny Hill in the 90th minute as The Rams forward curled a beauty into the top corner.

As well as the first home league win this was also the first time this season Beaconsfield have won two games on the spin. Not conceding in either game is also a major positive and in scoring five goals against decent sides like Kempston and Hanwell they have showed that, on their day, they can be a match for any team in this division. A few more results like the last two and they'll soon move away from the lower regions of the league table.

RAMS play out a draw with Wealdstone