Beaconsfield turned in a thoroughly professional display to account for Walton and Hersham in their Emirates F.A. Cup First qualifying round replay on Tuesday evening. The win sets up a 2nd Qualifying Round tie with Conference South high-flyers Havant and Waterlooville on September 18.

The comfortable looking 5-2 score-line doesn’t tell the full story though, as the tie swung on a couple of decisions either side of the break.

First, already booked and warned re his future conduct, Walton centre-half Pointing was fortunate to avoid a first half red card. So much so that he did not re-emerge for the second period.

Then on 68 minutes Reece Brewster hauled down Aaron Minhas in the area when the Rams man was through on goal. He was adjudged to have deliberately denied a goal scoring opportunity and shown a straight red card. Scott Donnelly calmly slotted home the penalty to put the Rams in front to stay.

Reduced to ten men Walton pressed valiantly on but Beaconsfield showed good discipline and concentration, moving the ball well, controlling possession and frustrating the home side and the home sides efforts to find an equaliser meant The Rams were able to pick them off on the break.

On 87 minutes Donnelly put the tie beyond doubt, again from the penalty spot, after Tyrone Lewthwaite - who together with Aaron Minhas was relentless in pressing the Walton defence all night - got the wrong side of substitute centre half Darryl Shaw and stepped across him inviting the foul which duly arrived.

The best was yet to come for The Rams though as with the scent of a hat trick in his nostrils The Rams skipper punished more sloppy play by the hosts. Picking up a loose pass in midfield, he drove forward to the edge of the area before unleashing a sumptuous strike, shaping past Allen’s right hand and into the bottom corner.

As Beaconsfield played out the final moments retaining possession and running down the clock with a flurry of late substitutions, the home fans were left to wonder what might have been on an evening which they approached with such confidence after Saturdays 2-2 draw at Mill Meadow, home of Chalfont St. Peter.

They were rocked after 22 minutes when Lewthwaite rose in a crowded six-yard box to head home Donnelly’s in swinging corner, rallied to equalise three minutes later and then took the lead within two minutes of the leveler. With the large crowd behind them they poured forward and had The Rams defence, marshalled by the returning Babbs Jarra ,at full stretch.

Their willingness to play out from the back to try and beat the press to create space for their attackers always meant that they were vulnerable to an effective press and in Minhas and Lewthwaite they found a front pair willing and able to apply pressure and capitalise.

Beaconsfield equalised four minutes before the break when another misplaced pass out of the defence under pressure from Minhas fell to Donnelly. After brief inter-passing with Olly Sprague the skipper made space for a cross which Lewthwaite met at the far post. His knock down fell to Minhas who gleefully fired home from 12 yards.

Walton may have felt hard done by but in truth their continued insistence on playing out despite the effective Beaconsfield press bordered on madness and simply served to encourage The Rams who were more than happy to apply the pressure that such suicidal over confidence invited.

It was apparent that the front trio of Alex Kelly, Jacob Munting and in particular Dominic Ogun were more than capable of firing bullets supplied by Walton’s outstanding player on the night Zach Dainkeh. Too often though they were forced to come deep to collect passes under pressure or never received the ball because possession had already been lost.

On the occasions when they were released higher up the pitch they were able to torment The Ram defence with pace and skill which delivered the two first half goals for Kelly who tapped in a Louis Collins cross at the far post and Dainkeh whose close control and strength created a shooting chance which he took with aplomb.

They also produced several good saves from Alex Tokarczyk, returning in The Rams goal after a hamstring strain picked up at Merthyr, and a goal line clearance when the scores were level at 0-0.

Walton will feel hard done by and some may choose to question the official’s decisions but in truth the decision to continue to play out when all they were doing was encouraging an effective opposition on to them was at best naive.

There was no great gulf between the sides despite their relative league positions but it’s a fact that man for man Beaconsfield are a better team. If you allow them to play and encourage them to press and recycle possession in the final third it is likely to come back to bite you.

It did on Tuesday evening 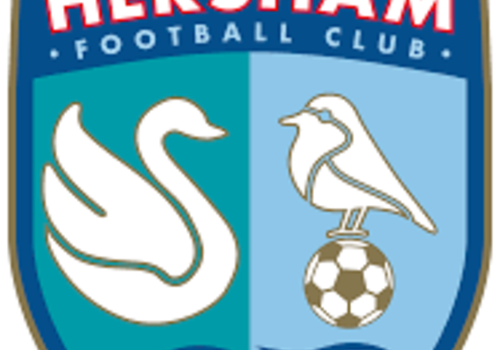