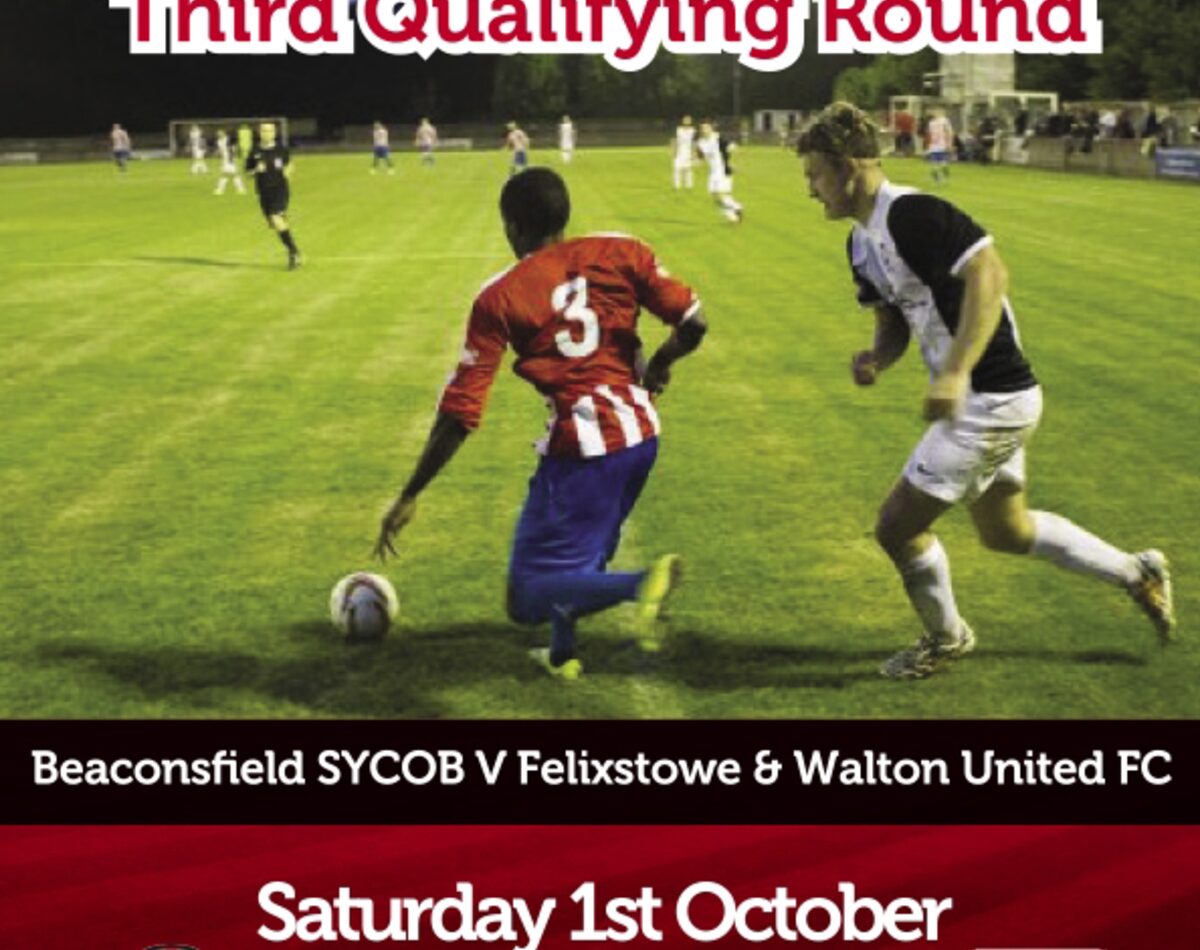 After the history making win against Witham Town

Beaconsfield have been handed a home tie in the Third Round Qualifying of the Emirates F.A. Cup. They will play Thurlow Nunn Eastern Counties Premier side Felixstowe & Walton United FC at Holloways Park on Saturday 1st October. This is also the first time Felixstowe & Walton United have reached the Third Qualifying round and they had one of the results of the Second Round when they defeated National League South side Bishops Stortford.

The winners will pick up a (much needed) cheque for £7500 as well as making further history for their club by progressing to the Fourth Qualifying round.