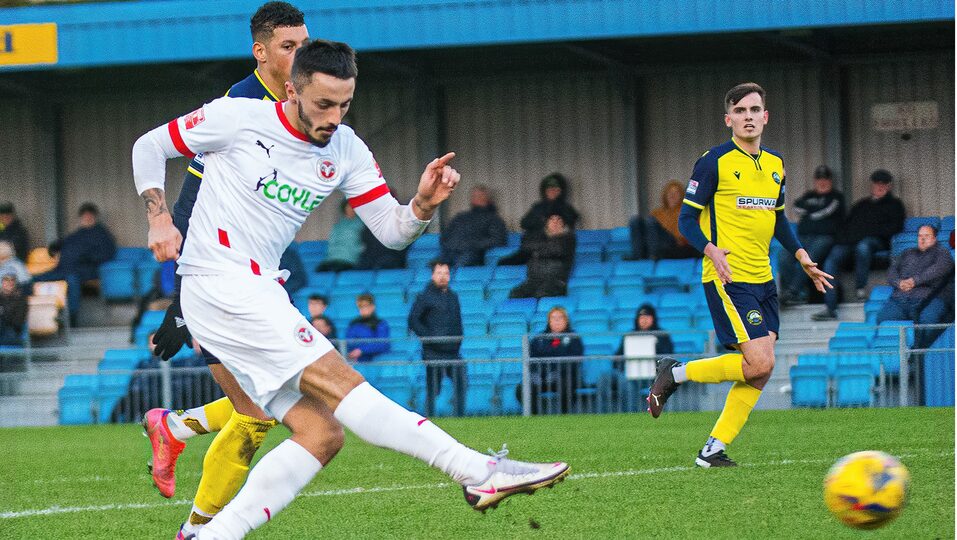 A bit of a pattern is developing for Beaconsfield Town and it's difficult to know how to feel about it.

They look competitive. Their first choice squad is an upgrade on previous versions in key areas. They seem to have a plan, an identity in their play and approach but thus far the results don’t seem to be getting the message.

Travel has been a factor. They have so far still only played three of their 16 fixtures at home. One of those “home games’ was played elsewhere when Hayes and Yeading declined to reverse home and away fixtures to accommodate the redevelopment at Holloways Park. 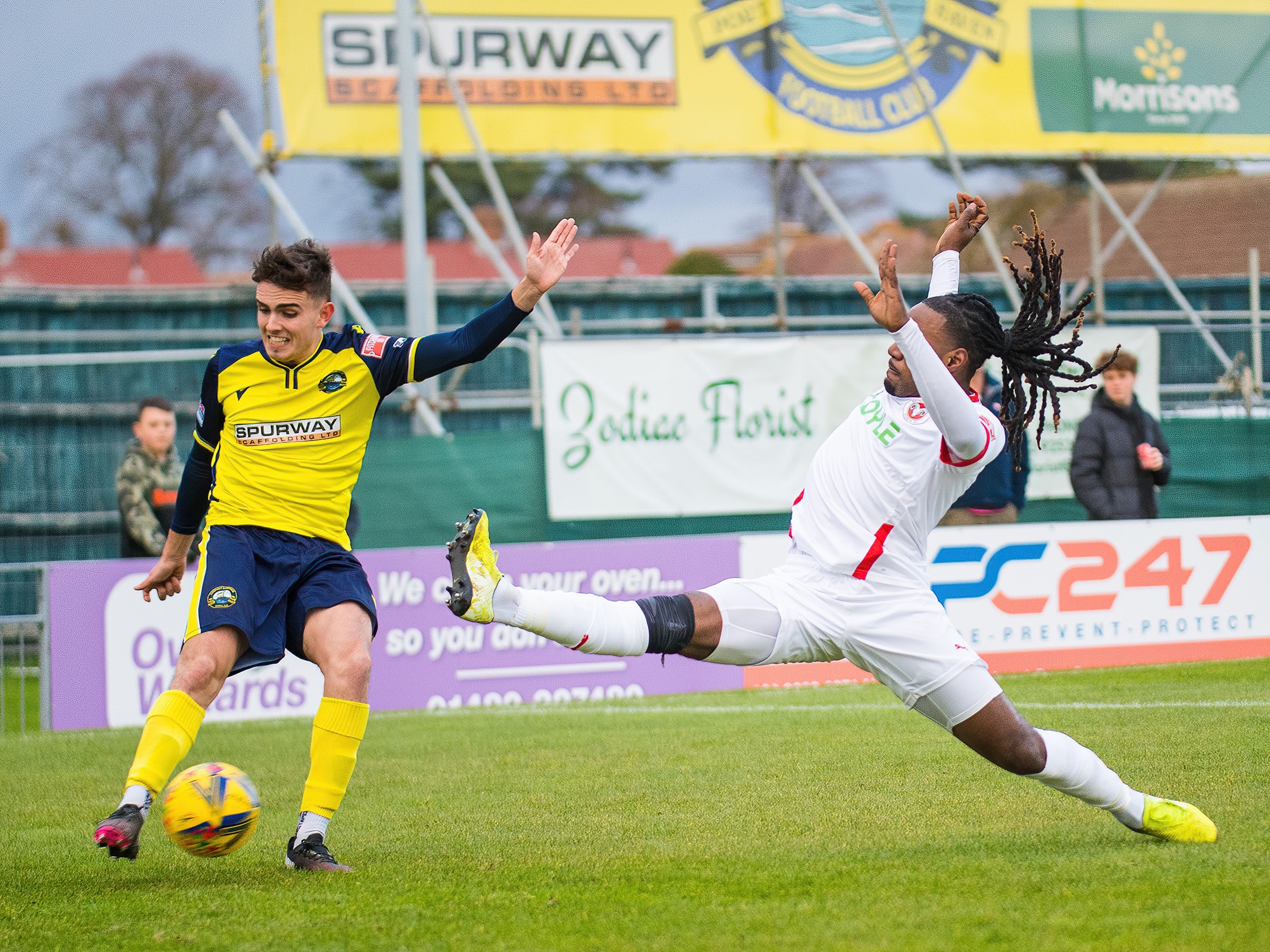 Ultimately as the team become more competitive it comes to chances

and who takes them.

Saturday at Gosport Borough was a case in point. Behind midway through the first half The Rams missed an opportunity to equalise on the stroke of halftime  then dominated the opening exchanges and chances at the start of the second. They fashioned a deserved equaliser and continued to play well to the point they looked the more likely winners until a moment of individual brilliance took the points for the home side.

Both teams struggled to get to grips with the swirling wind in the first half. The home teams more muscular and uncomplicated approach was better suited to conditions as the swirling wind didn't really help either side much. It was apparent from the early exchanges that set pieces were going to cause problems for the latest Rams back four, reorganised again in the absence of Luke Neville whose aerial prowess was missed on an afternoon like this.

It was no surprise that Gosport’s opener when it came was the result of a second ball from a set piece. A half cleared near post corner fell to skipper Ryan Woodford who steered a volleyed effort through a crowd of players that dropped in off the underside of the bar.

It was no more than the home side deserved as they had dominated the opening half hour with a midfield fluidity in attack that The Rams found difficult to combat. The visitors had their moments though and just before the break should probably have drawn level. 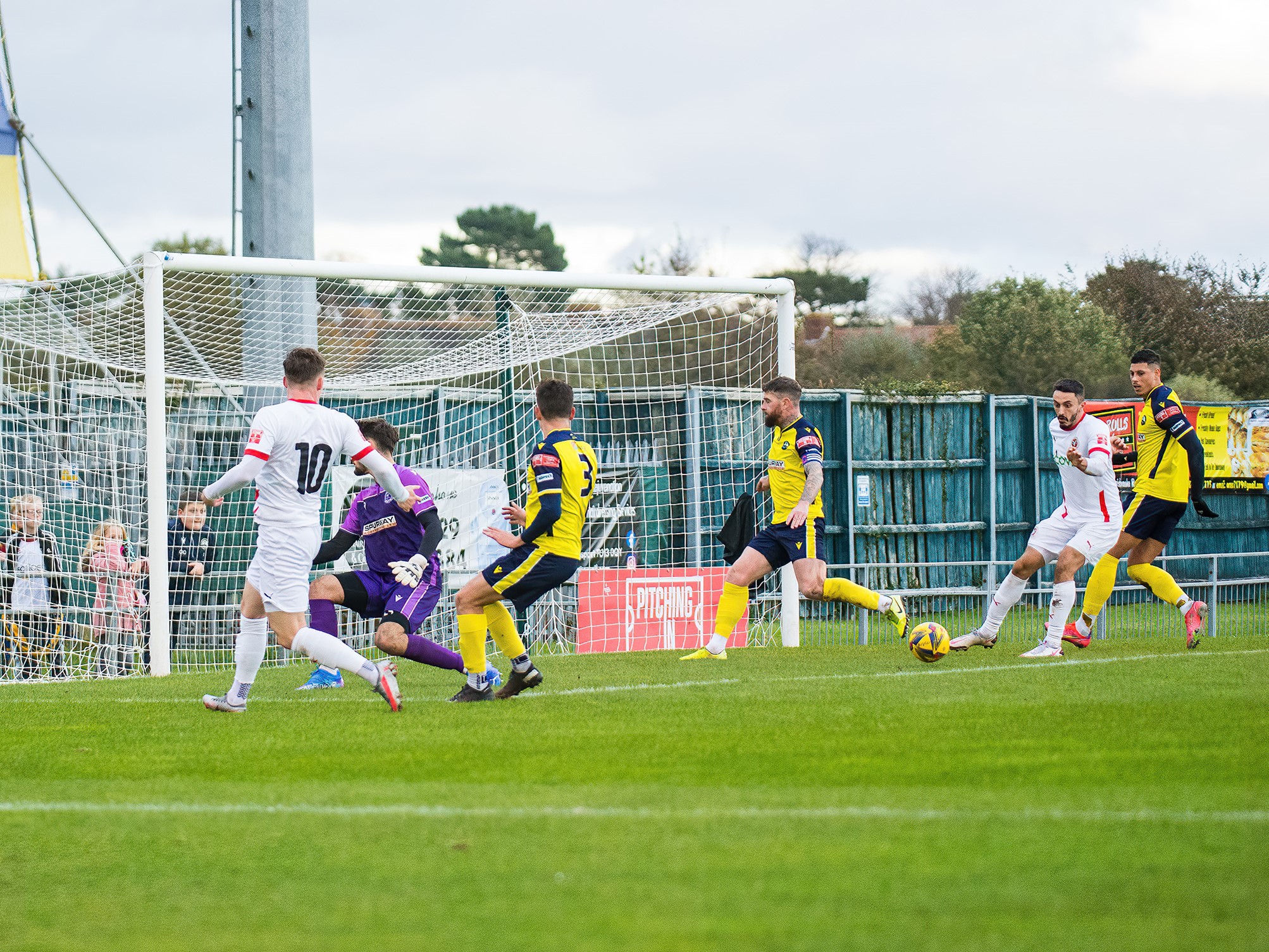 in towards goal. As the keeper advanced McCoy shaped the ball across goal for the on rushing Nathan Minhas. The cross was well played, missed out the defenders in attendance but half a pace behind Minhas who could not reorganise his feet and the ball in time to get his effort on target and it bobbled agonisingly away. It was scant reward for Minhas who worked hard all half despite living on scraps.

A reorganisation of system and personnel at the break saw The Rams control the opening exchanges of the second period and they were rewarded in the 61st minute when Toby Little caught the home back four ball watching long enough to slide in a weighted pass that allowed Minhas to beat the offside trap and advance on goal. Home keeper Albert White was slow off his line which allowed Minhas to steady himself before rifling his effort home from 12 yards. 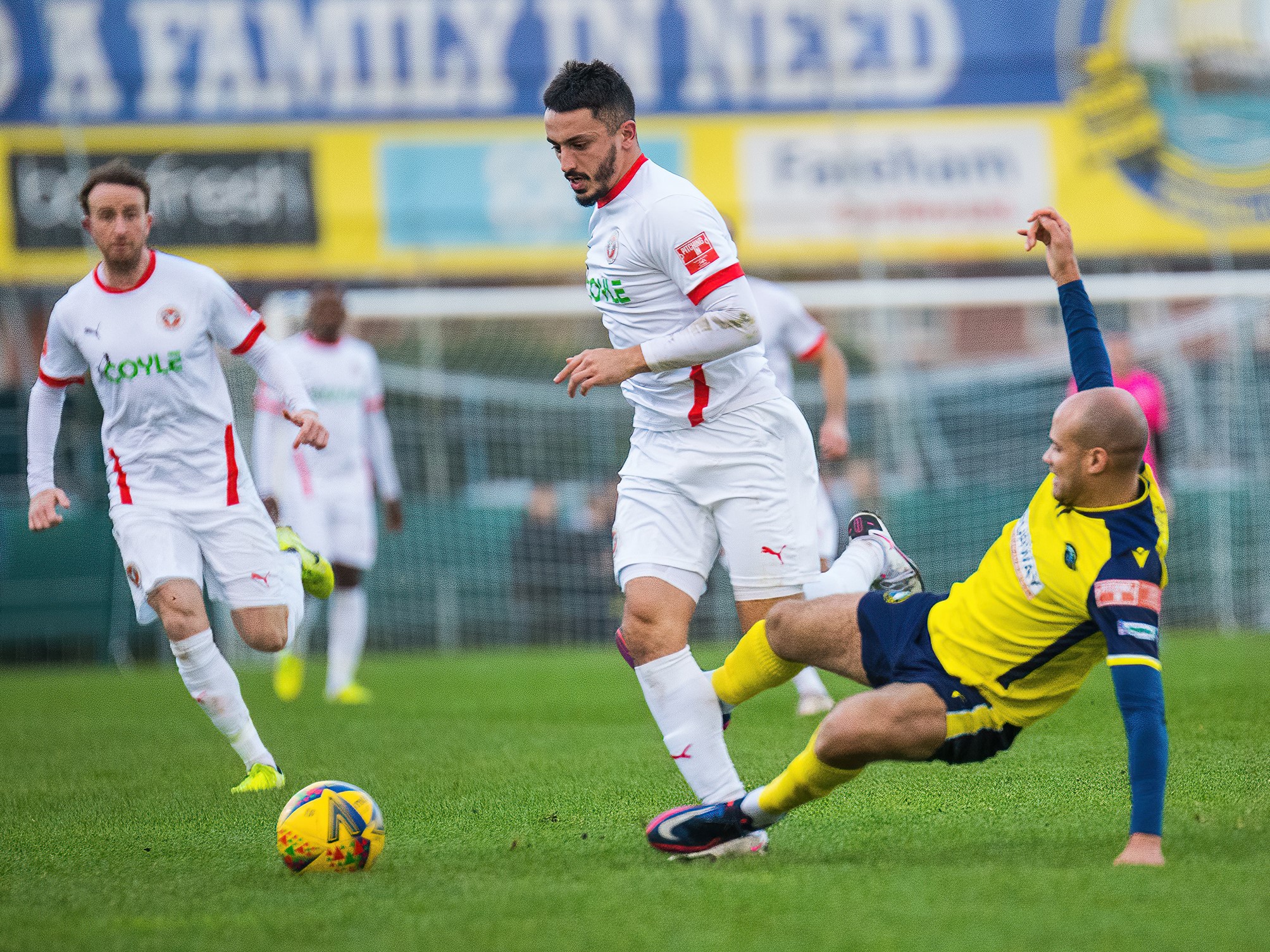 The Rams continued to dominate possession without creating any particularly clear chances but were fairly comfortable at the back as the game meandered towards a draw.

In an effort to change things home manager Sean Gayle made a triple substitution and was rewarded almost almost immediately.

Olly McCoy cut in from the left wing and sent in a right footed curling effort which was comfortably saved by White. The keeper was up quickly and delivered a speedy roll out to Theo Widdington who launched the counter, feeding Bradley Tarbuck on the left. From their they worked the ball cross field where it arrived at substitute Sirigui Dembele. With his first touch he got the ball out of his feet and his second sent in a curling dipping left footed effort which was a goal the moment it left his foot. You cant really legislate for the finish but there were plenty of opportunities to make a tackle well before the ball reached Dembele. Tired minds and tired bodies failed to make the key intervention needed.

Dembele’s strike set up a frantic final 10 minutes as The Rams dug deep to try to get the point their performance probably deserved. Toby Little saw an effort saved and Jordan Aghatise steered a towering header narrowly wide.

In the end it was just not to be but moving forward with the vast majority of games at home there are plenty of positives to build on. Turning potential into results will be the key.

Next up another away trip. The Rams travel to table toppers Farnborough Town on Tueday evening.