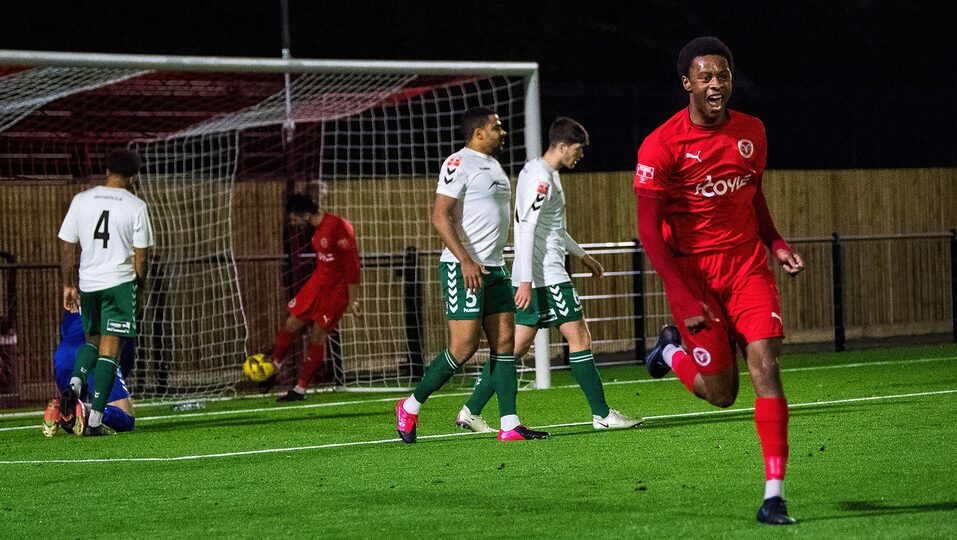 Rams skipper Scott Donnelly spent the pre-match build up at Holloways Park bouncing around like a hyperactive toddler who’d been given a lunch of Orange Smarties and full fat Coca-Cola. Fortunately, the undisputed head of pre and post match light entertainment carried the same energy he had in the preliminaries into the midfield and lead The Rams to a thumping 5-1 win over Swindon Supermarine, their first home win on their new 3G surface.

This being Beaconsfield Town though, it wasn’t quite as comfortable as the scoreline may suggest.

The Rams made the perfect start, ahead after just six minutes. Olly McCoy, unlucky to come up against a goalkeeper in imperious form at Farnborough on Tuesday night, bagged his and The Rams first with his first attempt .

Having been very harsh on himself for Tuesday nights misses, he showed there was no loss of confidence. In truth this was barely a half chance when he picked up an Aaron Minhas pass on the left corner of the penalty area. Faced by two defenders he made half a yard, opened himself up and sent a delicious curling effort into the opposite far corner. 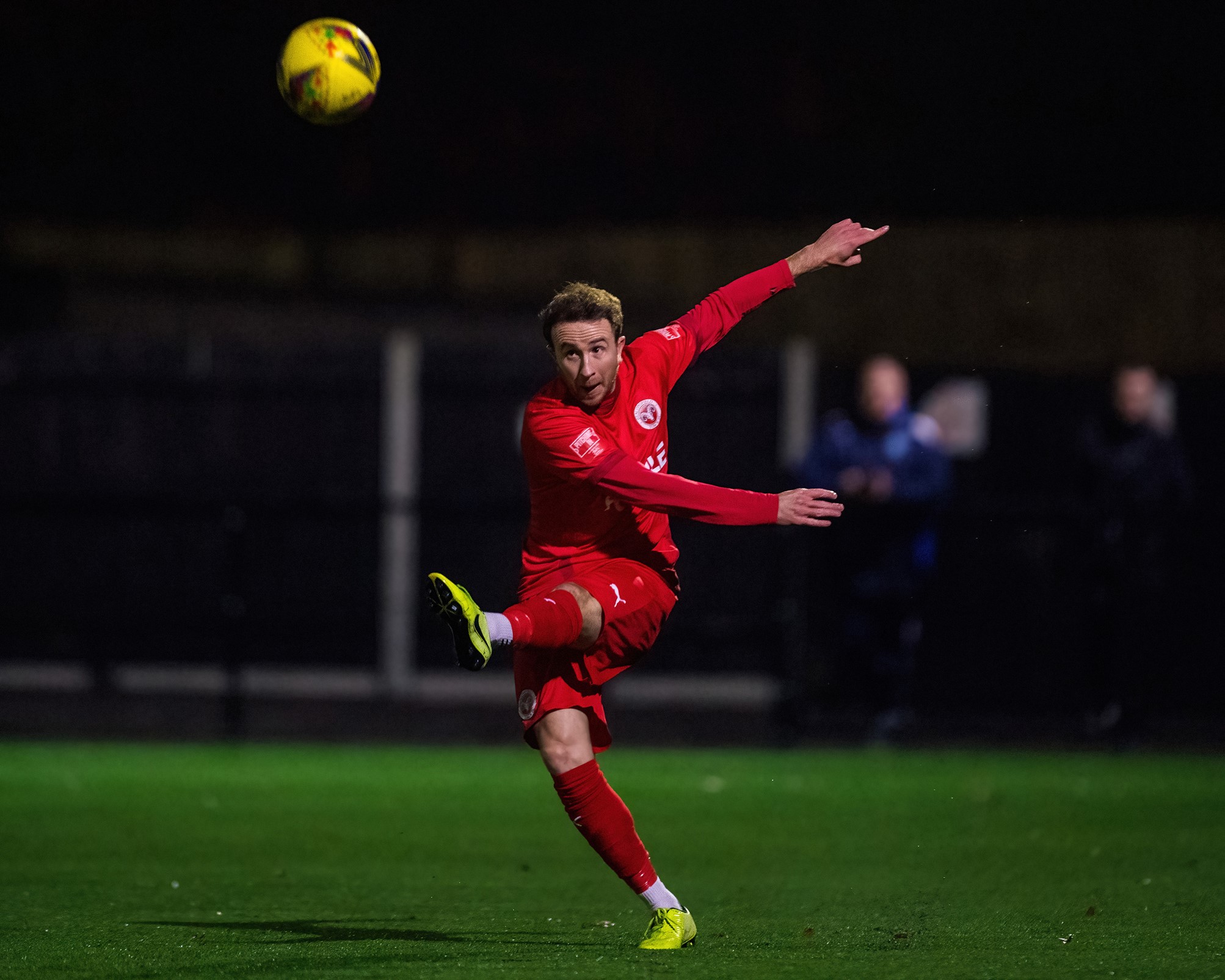 Moments later Lucas Kennedy-Sinclair, prominent throughout the early stages on the right, found the head of Nathan Minhas with a near post cross. Minhas made good contact but could not direct his header on target with Martin Horsell in the visitors goal flat footed.

At the other end Conor McDonagh saw a low drive turned around the post at full stretch by Ayman Azaze and on 15 minutes Supermarine had the ball in the net but Tyrone Duffus was adjudged to be offside when turning in Zack Kotwica’s low cross.

Three minutes later McCoy turned provider getting down the outside of his full back and presenting Nathan Minhas with the chance to finish from 6 yards. The big striker obliged with glee. 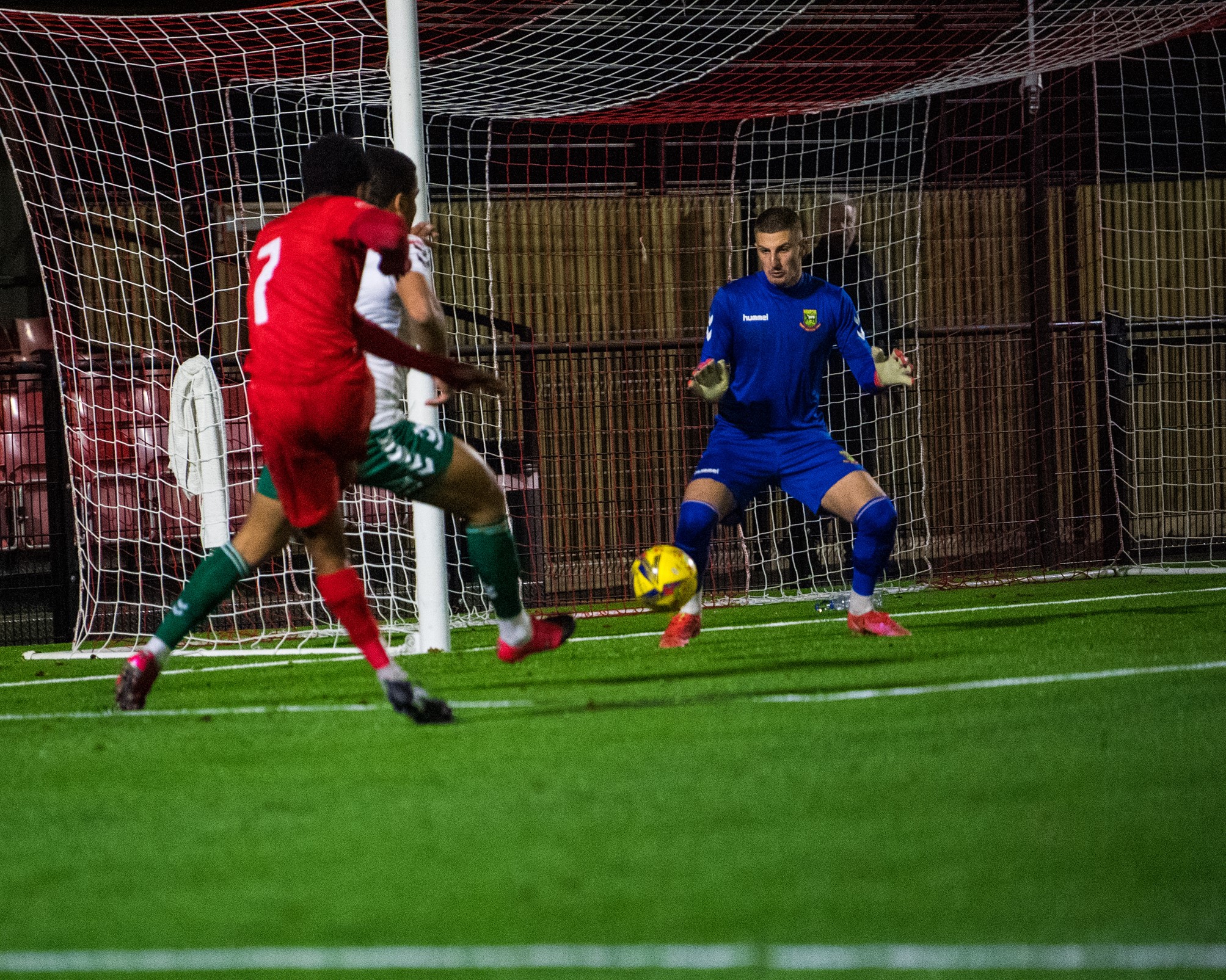 Despite the deficit Supermarine still remained lively and could have pulled a goal back after half an hour when McDonaghs chipped free kick was headed over from six yards by an unmarked Daniel Ball. Then Azaze had to be quick over the ground as he saw a punched clearance from a corner headed back with interest. At such times being 6’7” has its advantages and the mighty Springbok recovered to tip the effort over the bar before comfortably collecting the resulting far post corner. 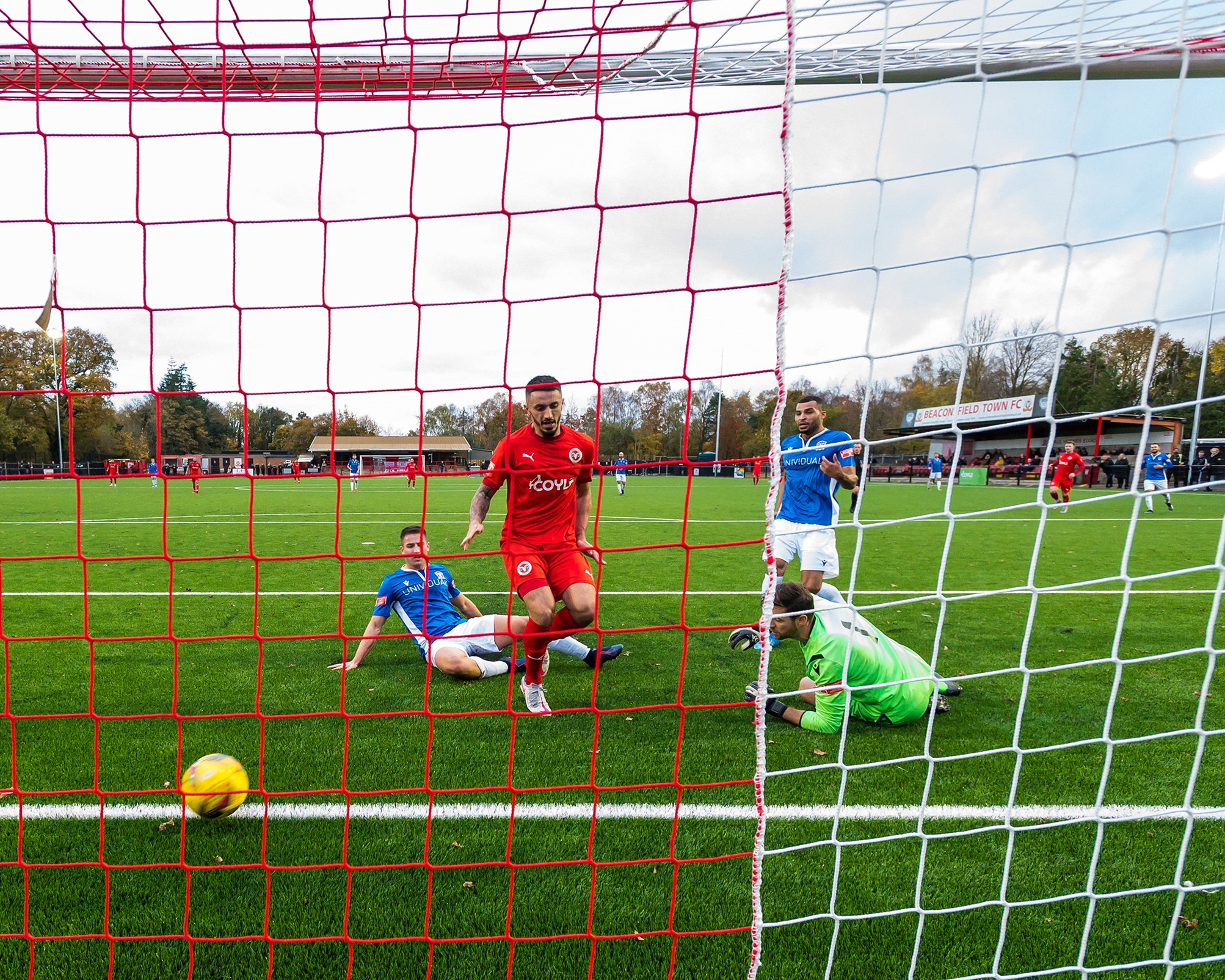 to thank for his second. Minhas the elder timed his run well and was found superbly by Scott Donnelly. As Supermarine appealed, more in hope than expectation, for an offside flag that never came, he drove to the byline before cutting the ball back to the edge of the six yard box where Nathan Minhas beat his marker to toe end his second goal home.

Lee Spalding rang the changes at half time and introduced all three of his substitutes for the start of the second period. The visitors started brigthly without really carving out a serious opportunity and it was The Rams who added to the lead in the 58th minute.

Olly McCoy finished off a move that illustrated Gary Meakin’s football philosophy and showed the sort of controlled possession football The Rams are capable of producing. 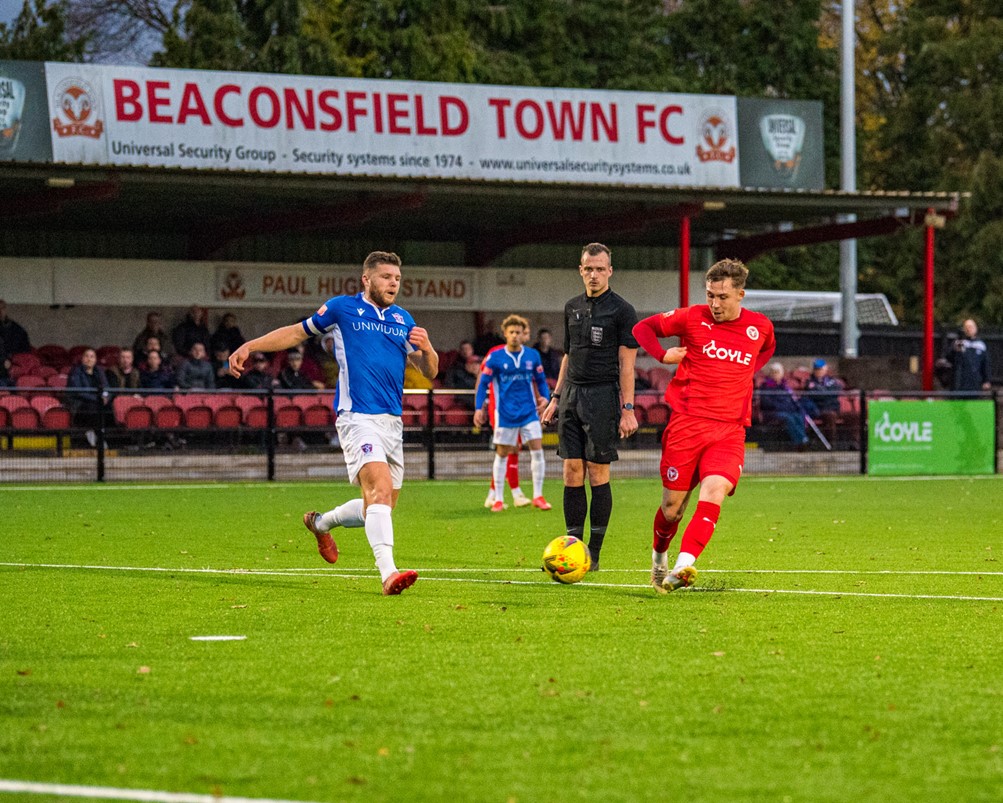 The ball travelled from front to back as The Rams methodically moved their opponents from side to side probing the defence before Nathan Minhas laid the ball into the path of McCoy rolling in off his wing and stroking the ball low into the net from the edge of the box.

Credit to Supermarine, they kept fighting. Gary Meakin used his three substitutes, no doubt with one eye on the visit of Hendon on Monday night, and one of them, Toby Little, handed the visitors a lifeline bringing down Ryan Campbell as he burst into the box.

Bradley Hooper stepped up to strike the penalty which was parried by Azaze but sat up nicely. As the keeper did his best to spread himself Hooper lifted the rebound over the bar.

Supermarine continued to press and were eventually rewarded in the 74th minute when Kieran Phillips guided in a low cross from close range.

The Rams weren’t exactly rocking but they were far from comfortable as the visitors continued to believe. The home defence held and eventually the all out pressing of Supermarine was punished when the Rams broke away and substitute Dan Bradshaw headed home a Toby Little cross from 8 yards.

Fair to say that 5-1 was a little flattering but there can be no doubt that Beaconsfield fully deserved their win.