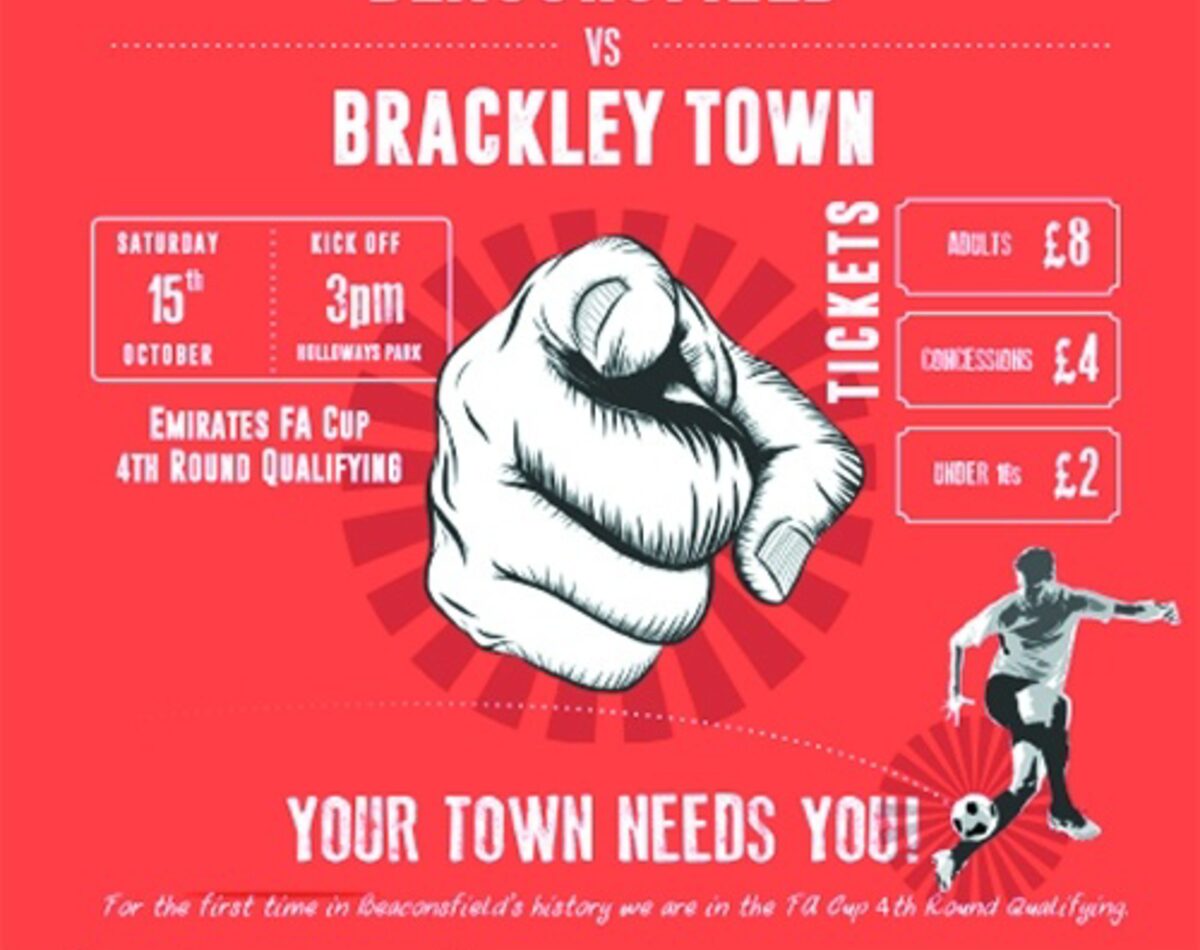 This Saturday - October 15th - BEACONSFIELD TOWN FC play one of the biggest games in their entire history when they take on National League North side BRACKLEY TOWN in the Fourth Qualifying Round of the Emirates F.A. Cup

The Rams have never progressed to this stage of the competition before and despite home advantage will start as underdogs against their higher placed opponents. However the worlds most famous cup competition has a history of 'upsets' so come on down to Holloways Park and support The Rams in their bid to bring F.A. Cup glory to the town.

Kick off is 3pm