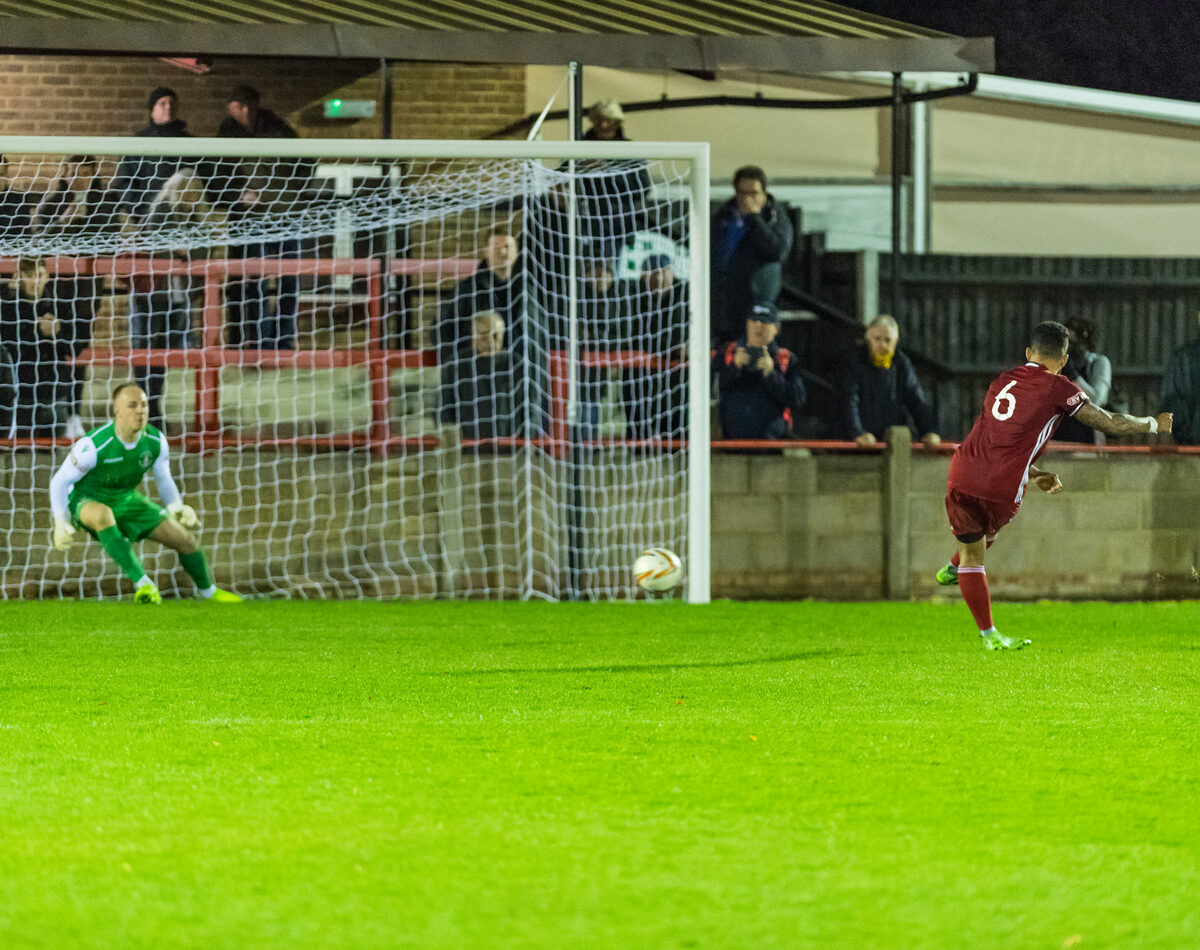 Beaconsfield’s unbeaten run finally came to an end after they came from two nil down against neighbours Slough Town before finally losing in a penalty shoot out.

Both sides started brightly, with Dan Brown going very close on two minutes for The Rams and Guy Hollis then hitting the Beaconsfield bar two minutes later. AJ had a header wide on the half hour mark as generally the two teams traded periods of possession but without forcing either keeper into any real saves of note.

Aaron Minhas had an effort go just wide at the start of the second period before Slough took the lead on 51 minutes with a superb free kick from Matt Lench that left Jamie Norris stranded. The Rams stopper then made a fine save to deny a Sean Fraser effort whilst the home side missed a good opportunity to equalize on 66 minutes when Spencer Bellotti put the ball wide when well placed. Sixty seconds later it was two nil as Nathan Smart hit a long range effort that gave Norris no chance.

At 2-0 down on 70 minutes to a team from a higher level it is normally game over. Not so for The Rams as ex-Rebel Lewis Putman hit an 83 rd minute free kick under the Slough wall to put Beaconsfield right back in it. Putman then saw an effort cleared off the line on 89 minutes before the home side leveled a minute later via a header from Luke Neville who along with Jerome Eccleston was outstanding at the heart of The Rams defence.

Games level at 90 minutes in the BigFreeBet.com Challenge Cup now go straight to penalties rather than extra time and so everyone moved to the Club House end to watch the drama unfold. Fine strikes for Slough by Lench, Gavin James and Brad Wadkins were matched by equally good ones from Scott Cousins and Wes Daly before Ollie Jones saw his effort well saved by Jack Turner. Sean Fraser then extended The Rebels advantage, Putman kept The Rams in it and then Turner fired the deciding penalty past Norris to put his side into the next round.

Despite a first defeat in seven games The Rams should feel proud of themselves as they never let their heads drop and for long periods of the game they were at least the equal of their high flying opponents. Two attributes that will stand them in good stead as the season progresses.