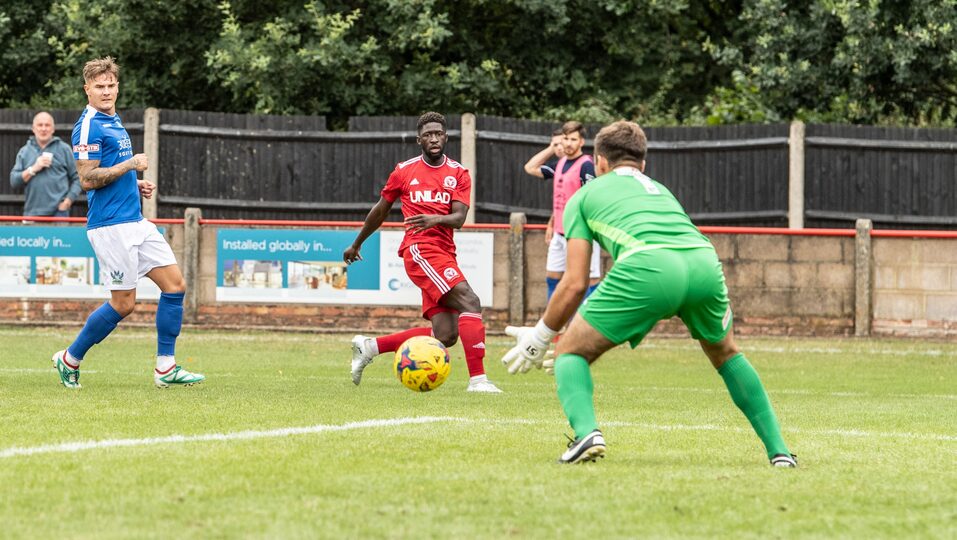 Beaconsfield’s first ever game at Level 3 of the Non League Pyramid saw them come from behind to snatch a well deserved point against much fancied Salisbury FC.

The well supported visitors were the first to settle, Chris Shephard, Aaron Dawson and Luke Hopper all having decent half chances. The Rams on the other hand were a little slow out of the blocks and had only a 17th minute header just wide by Jerome Eccleston to show for their early efforts.

It was no surprise then when the visitors took the lead on 28 minutes as a free kick by Shephard found Luke Hopper and his header was too strong for Rams keeper Ravan Constable.

A 39th minute long range strike by Louis Stead flew just over the Salisbury bar as Beaconsfield started to get back in the game. However, a speculative effort by Lewis Benson deceived Constable to put The Whites two up on the stroke of half-time and seemingly on their way to three points.

Manager Gary Meakin’s team- talk obviously had the desired effect as The Rams came out fired up for the second period and both Baj Pashaj and Tony Mendy had early half chances. Ravan made a decent save on 52 minutes but generally Salisbury seemed content to sit on their lead rather than try to extend it. This suited The Rams as did the return of Charlie Lossaso after a long period out injured. His 71st minute cross found the head of Jerome Eccleston and his powerful effort brought the home side right back into it.

Sensing a point, if not more, Beaconsfield piled on the pressure and on 80 minutes they were awarded a penalty when Salisbury stopper Charlie Searle was adjudged to have pushed over Jordan Ajanlekoko. Up stepped Losasso to smash the ball confidently home to draw the sides level though late efforts by Mendy and Brendan Matthew almost saw The Rams take all three points.

A draw, however, was probably a fair result and showed that both these promoted sides will do much more than just make up the numbers in Premier Division South this season.

AND SO IT BEGINS!