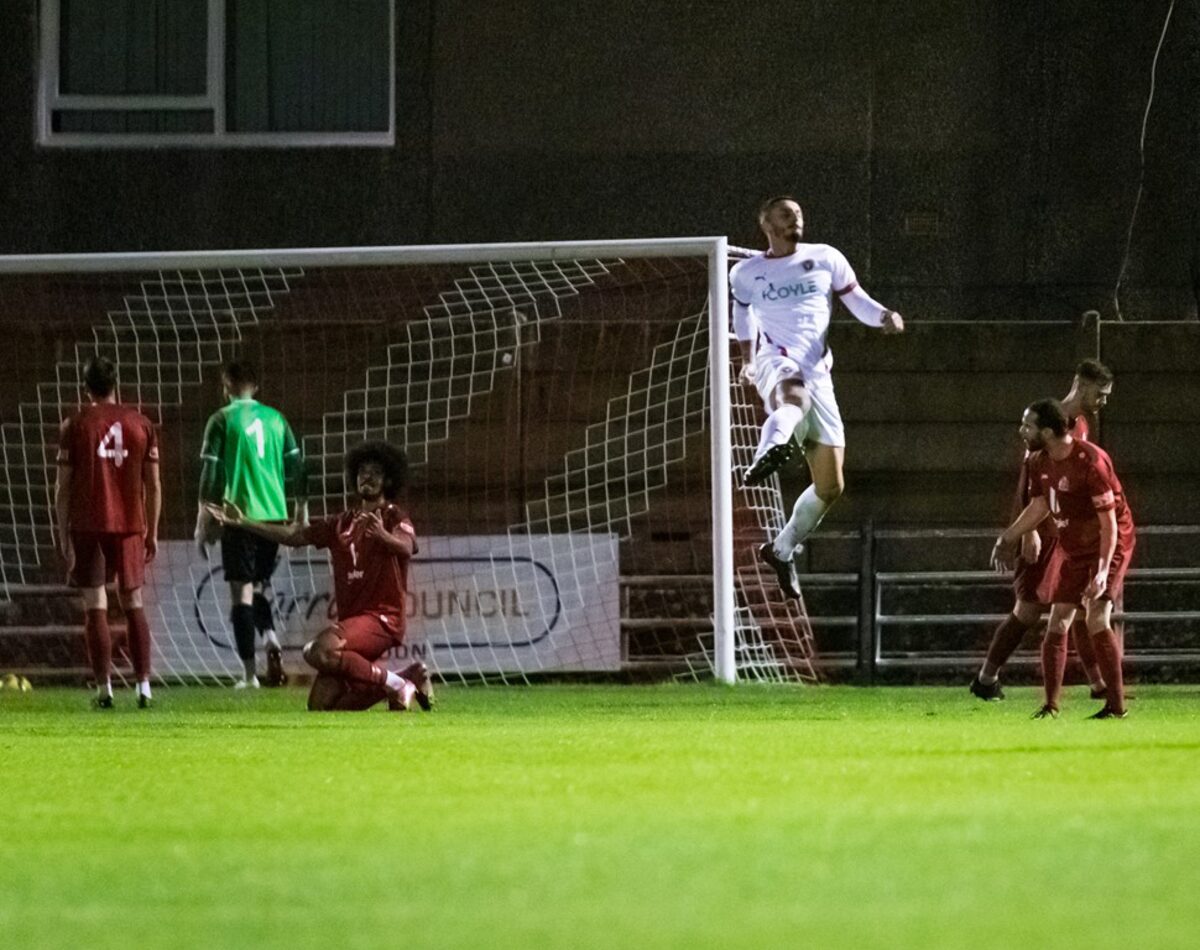 It started well enough Beaconsfield settled early and enjoyed controlled possession. Antonis Vasiliou was lively on the right and Nathan Minhas, The Rams stand out performer on the night was prominent early on, pressurising home keeper Josh Strizovic into a rushed early clearance, straight to Scott Donnelly. With the keeper stranded on the right edge of the penalty area. Donnelly could not get the ball out of his feet for an effort on goal. As the Harrow midfield scurried to cover, the ball eventually fell to Vasiliou but his long range effort was comfortably saved by Strizovic who had regained his position between the sticks.

In the Twelfth minute Toby Little and Donnelly combined to play in Minhas but as his goalbound effort was superbly blocked by a well timed sliding challenge from James Mansfield.

After a quarter of an hour of relative Rams dominance the homeside, lead by another Rams old boy James Ewington, started to show signs of life. Lewis Cole and Michael Bryan became more prominent as George Moore began to take charge of the midfield and the home team settled to their task. Playing down the slope they steadily applied pressure which The Rams stood up to sometimes at full stretch. The best chance of this period fell to Frank Keita well found by an intelligent Ewington pull back. With the goal at his mercy Keita blasted the chance over. 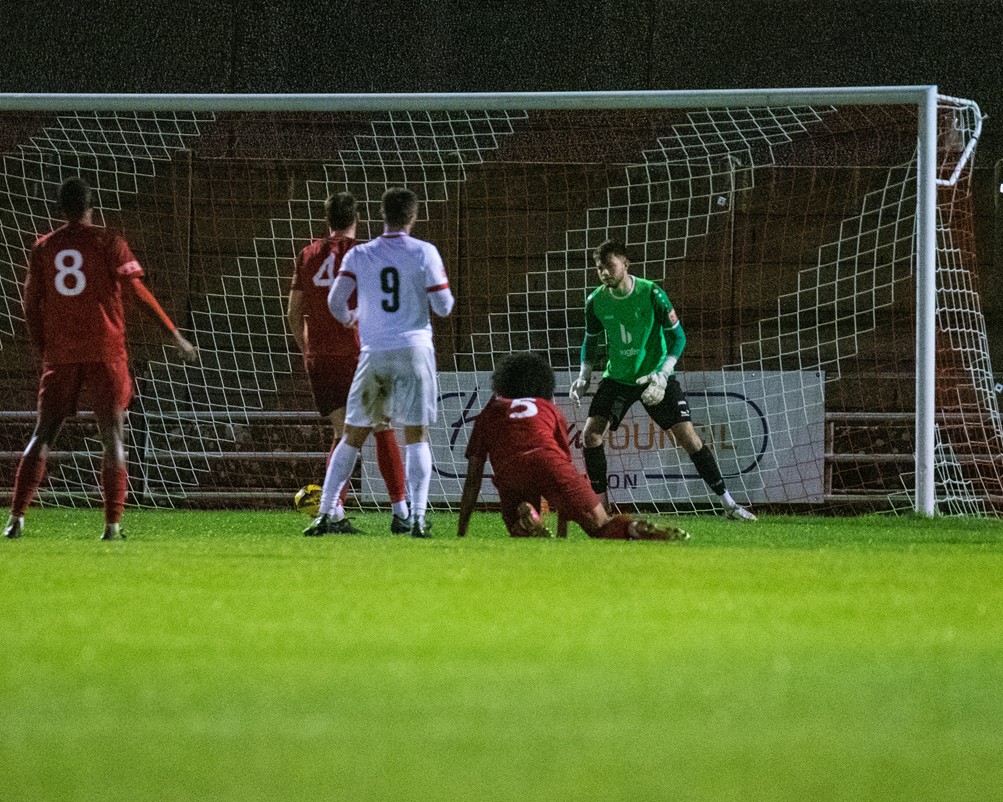 It was therefore somewhat against the run of play when The Rams took the lead on 35 minutes. Donnelly played the ball off Referee Faral Hailam, who in accordance with the rule dropped the ball for Donnelly unaposed, as Harrow Borough bench and players argued about the officials straightforward application of the recent rule change Donnelly quickly fed Vasiliou on the right. He beat Taylor and picked out Minhas with a low cross. The striker still had a lot to do as he collected the ball back to goal with Mansfiield and Imran Uche in close attendance. He held off the challengers, shifted the ball onto his right foot and struck a low shot on the turn through the legs of Uche and past a statuesque Strizovic and into the net.

Harrow Borough finished the half the stronger and on 42 minutes after a spell of sustained pressure Bryan fed Taylor on the edge of the box and his wickedly deflected effort found the corner with Alex Tokarczyk left helpless on his line. 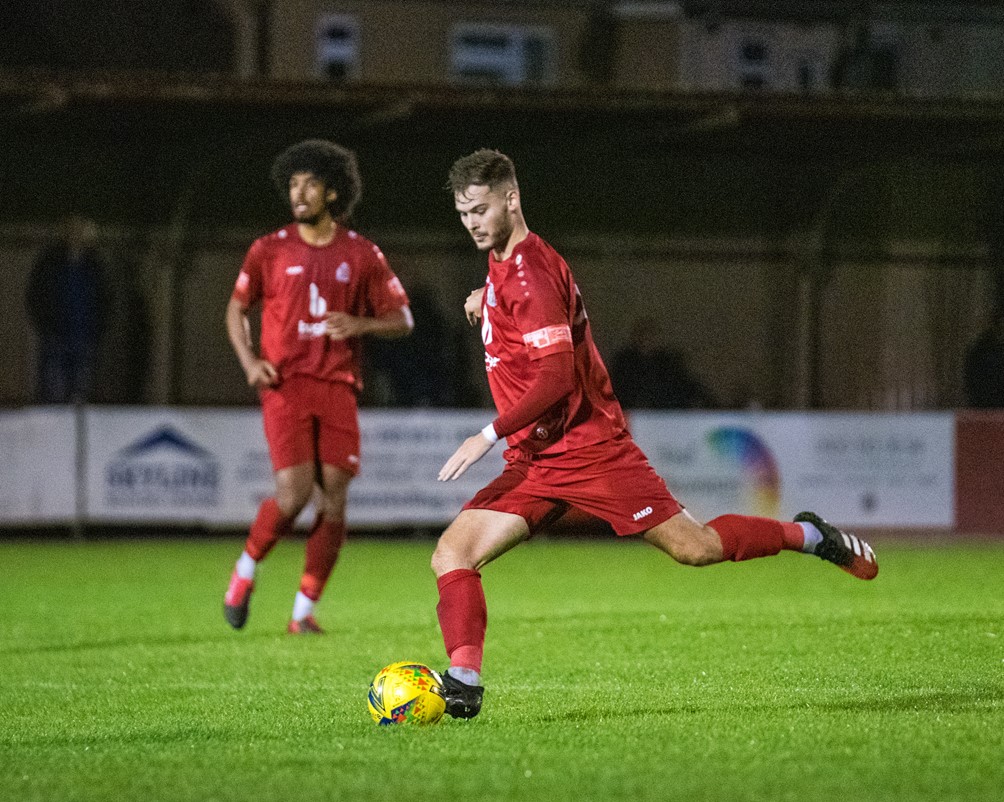 The second half started with the home side still in the accendant, in the opening exchanges it was tempting to count the players because Harrow seemed to have men over wherever you looked.

It was no surprise when they went in front in the 50th minute. That man Taylor again, back to haunt his former employers. This time making a well timed run, losing his marker and meeting a near post corner with a firm downward header giving Tokarczyk no chance.

Harrow retained their stranglehold on the game as Beaconsfileds challenge largely petered out. The longer the game went the more it became a collection of individuals against a team. Unsurprisingly the team prospered. 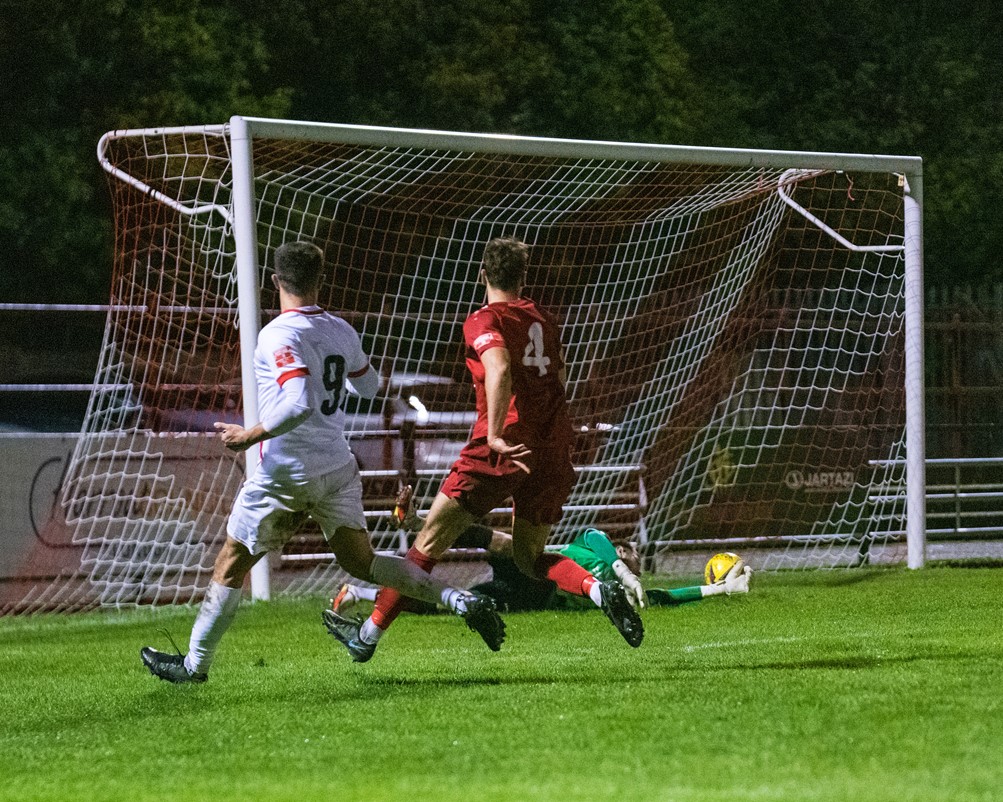 Beaconsfield were not without chances, Nathan Minhas’ low cross shot  brought a sprawling full length save from Stizovic who took got enough of a glove on the ball to take the pace off the shot to deflect it along the goal line where that man Taylor was on hand, under the strong challenge of substitute Olly McCoy, to shepherd the ball to safety. McCoy can consider himself a little unfortunate to pick up a yellow card for the challenge.

Another substitute Tyrone Lewthwaite also had an opportunity late on getting on the end of a diagonal chipped ball from Toby Little but could not control his strike and keep it on target. 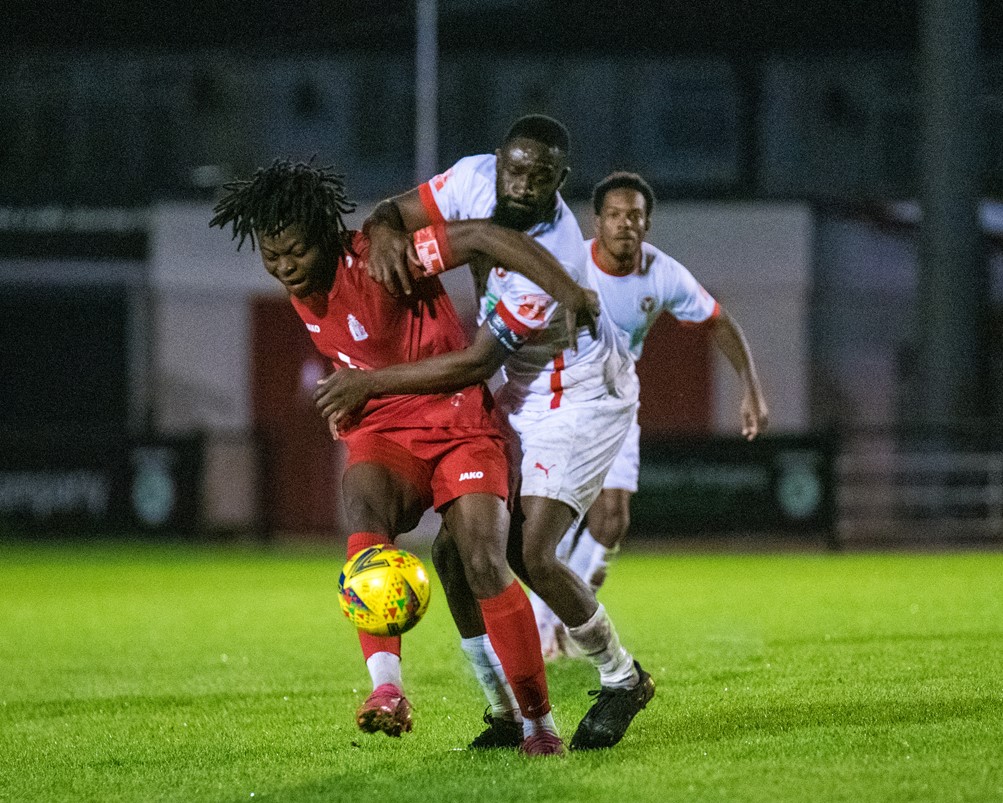 Harrow Boroughs third when it came had an air of inevitability about it.

Another left wing corner, in the 77th minute. This time with The Rams defence presumably preoccupied by Taylor? Who gave them a head ache all night at set pieces George Moore was unaccountably allowed to wander into a position 20 yards out mid way between the angle of the penalty area and the near post. Here he stood in splendid isolation, trying, and suceeding it seems, to remain invisible. The corner was played to him on the bounce and he looped a placed rather than fierce volley in off the post. The rest of the evening melted into the drizzle The final away day of this extended and increasingly arduous spell comes at Taunton on Saturday afternoon