RAMs up to fourth with great away win

RAMs up to fourth with great away win 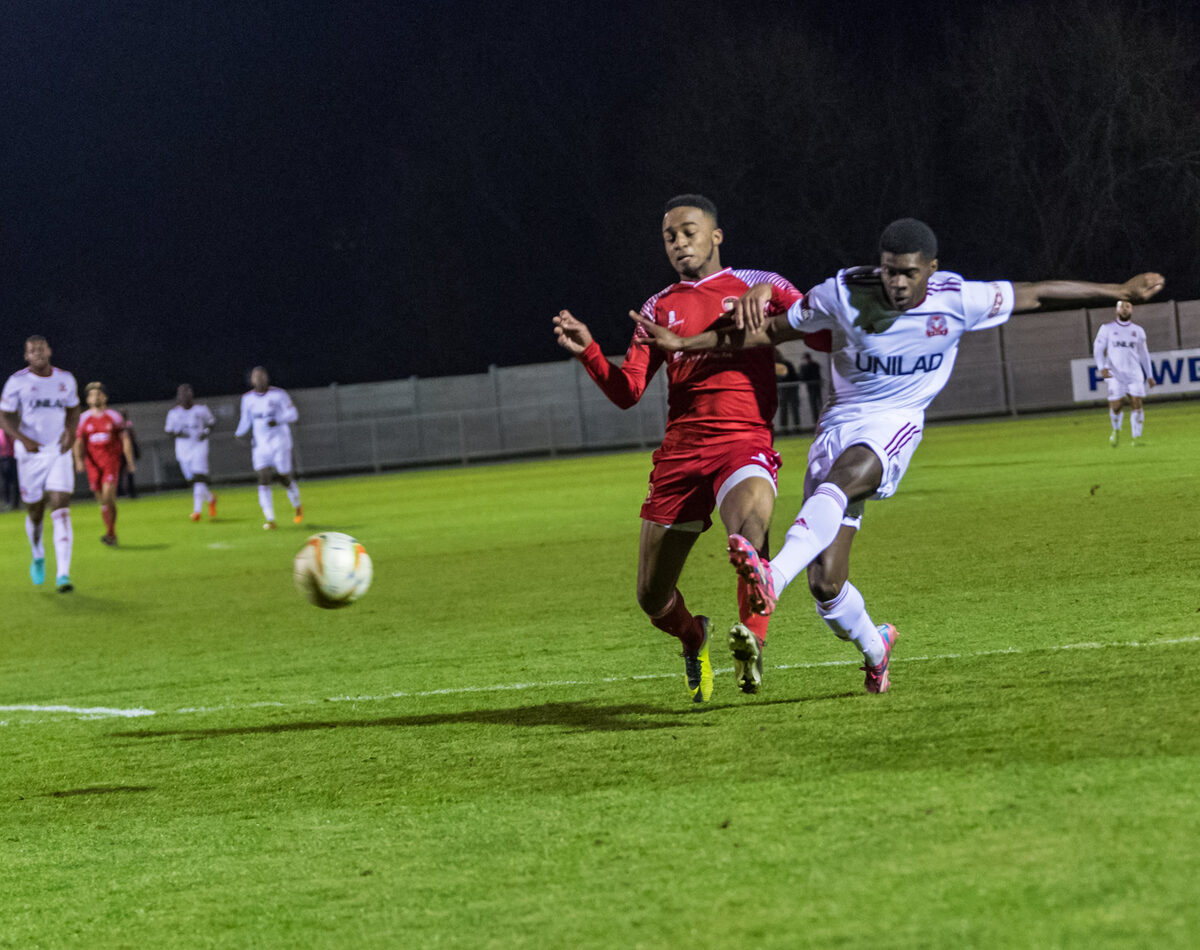 With Hayes not having lost at home all season and The Rams not having lost away this was set up to be a dour nil nil. It was far from that! At the end of the evening it was Beaconsfield’s unbeaten record that stayed intact as two fine strikes at the end of each half put pay to the home sides winning run.

Hayes started brightly with Manny Duku sending a free kick over on seven minutes and Scott Donnelly having an overhead effort thwarted by Ravan Constable on 14 minutes. The Rams gradually eased into the game, Alex Cathline having a fine dribble on 26 minutes but then passing up a good shooting opportunity. Both teams traded periods of possession and Hayes always looked lively on the counter but it was The Rams with a breakaway of their own that brought about the first goal. On the stroke of half time, Mitch Gutteridge sent a great cross in from the left which found its way to Jordan “AJ” Ajanlekoko on the right and he smashed an absolute screamer from a tight angle that flew past Jack Smith in the home goal. Get in there!

The second half saw AJ set up Cathline on 48 minutes but his effort was blazed over the bar. Hayes then had a lot of possession though Ravan was rarely troubled in The Rams goal as some solid defending by the Beaconsfield back four frustrated their opponents. Michael Peacock had a header just over on 68 minutes from a rare Rams chance as Hayes frantically went in search of an equalizer.

The introduction of Goldy Capela for the final fifteen minutes gave Hayes something else to worry about and on 90 minutes he got on the end of an AJ pass to hold off his marker and fire a great shot past Smith. Their was just enough time left for the home sides misery to be compounded by the sending off of Danny May for a bad foul on Peacock, their benches protest also resulting in a red card for one of their coaches.

Each of the 14 Rams players involved in the match can say they had a decent game. They soaked up a lot of pressure for sure but two great strikes and 100% commitment equaled three deserved points and keeps them handily placed with the League pacesetters. Great stuff!