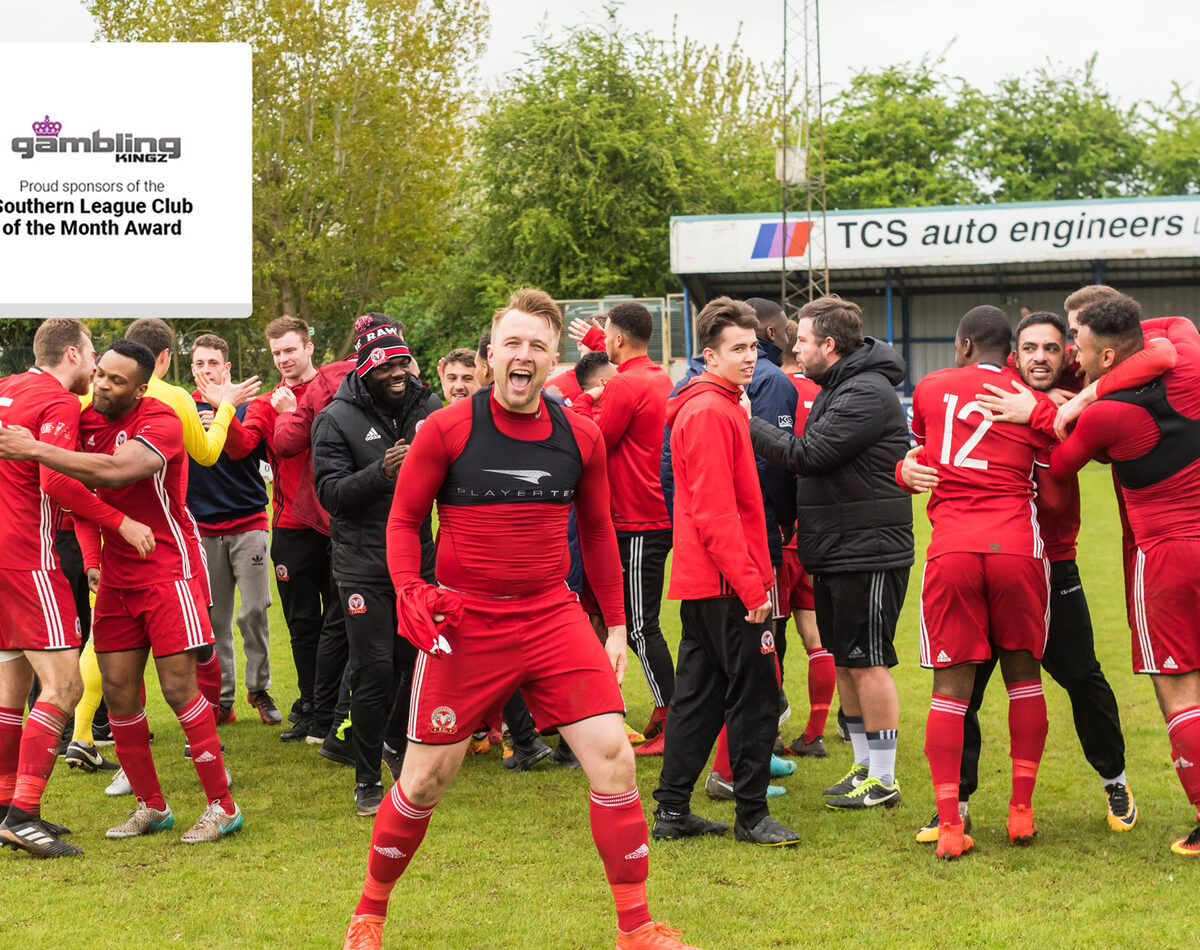 Having amassed 21 points from a possible 24 and scoring 29 goals whilst conceding only five, Beaconsfield Town FC scooped the Gamblingkingz.co.uk Team Of The Month Award for April for the Evo-Stik League South, East division.

The Rams won the award in January and will receive an engraved glass memento and some prize money from the league.

A highly successful season was further highlighted when The Rams came top of the Away Form table for the Evo-Stik League South, East division. Their 21 games produced 18 victories, one draw and only two defeats and contributed 55 points to their season’s total.