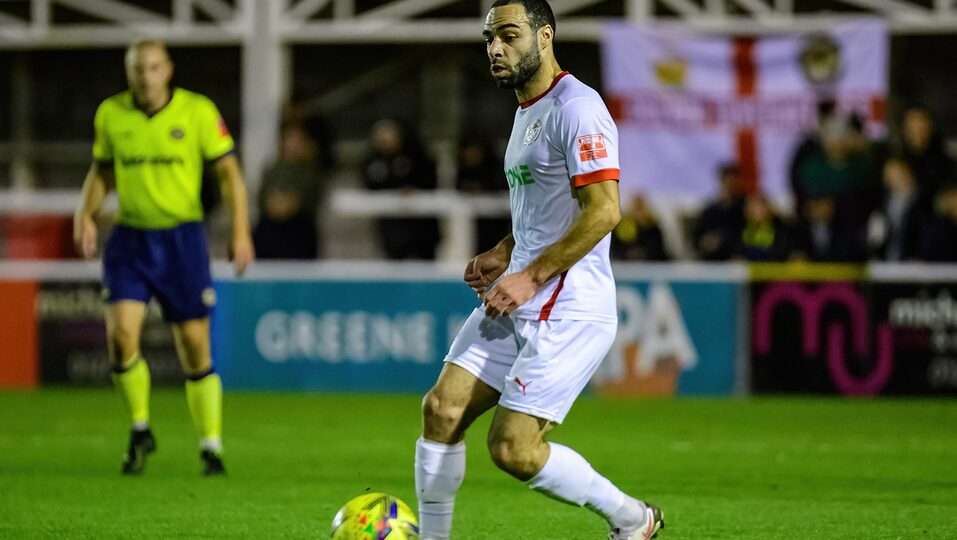 Beaconsfield Town can’t buy a win and Farnborough Town now have 10 on the spin but anyone who thinks that Tuesday nights meeting of the two was a routine outing for the league leaders wasn’t there.

After a predicatably high tempo opening from the hosts during which Ayman Azaze in the Beaconsfield goal had to be at his best to turn away two efforts in the opening two minutes, The Rams settled to their task and matched their opponents blow for blow.

With Mark Nisbet and Jordan Aghatise looking increasingly comfortable and assured at the heart of the back four and the midfield axis of Scott Donnelly and Matty Harriott driving and pressing the team forward, it was The Rams who looked the more likely. Even when the defence was disrupted again when Jerome Ecclestone limped off after 25 minutes with what appeared to be a hamstring strain, Callum Webb slotted in on the flank and The Rams continued to press.

Every time they opened up an increasingly uncomfortable and disjointed Farnborough defence, their on loan Watford goal keeping prospect Dante Baptiste was on hand to bail his colleagues out. The 19 year old keeper saved well from Toby Little and Nathan Minhas and produced a fantastic reaction block somehow deflecting Olly McCoys close range effort over the bar when McCoy had been played in by Nathan Minhas’s perfectly timed pass. 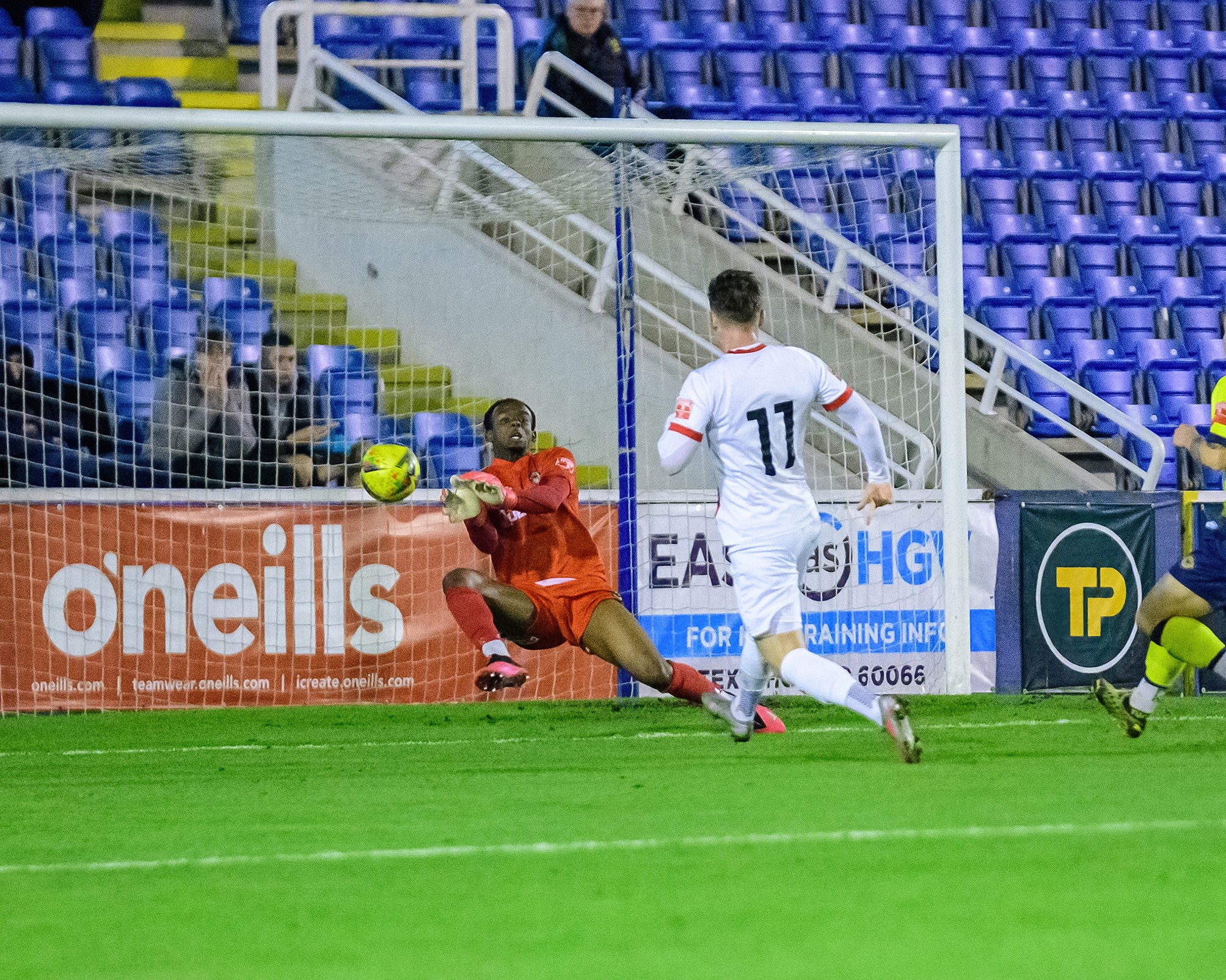 In between Baptiste was smartly off his line to head clear on two occasions and was calmness personified under the high ball.

When Nathan Minhas himself found space and shaped an effort which finally beat Baptiste the keepers luck held as the shot drifted agonisingly wide of the top corner.

With Spencer Day, Farnborough’s manager bemoaning the fact that his charges were being out worked by The Rams and half time approaching, the deadlock was finally broken but it was the home side who got their noses in front.

For Beaconsfield it was another avoidable goal conceded from a set piece. A flicked header from a corner somehow avoided the ruck of players congregated around Azaze and flew into the opposite corner.

Harsh on The Rams but that’s the way it goes when you’re top of the league.

Undaunted The Rams continued to press. Olly McCoy saw another effort well saved by Baptiste who continued the second half where he left off in the first, confidently claiming the subsequent corner in a crowd. 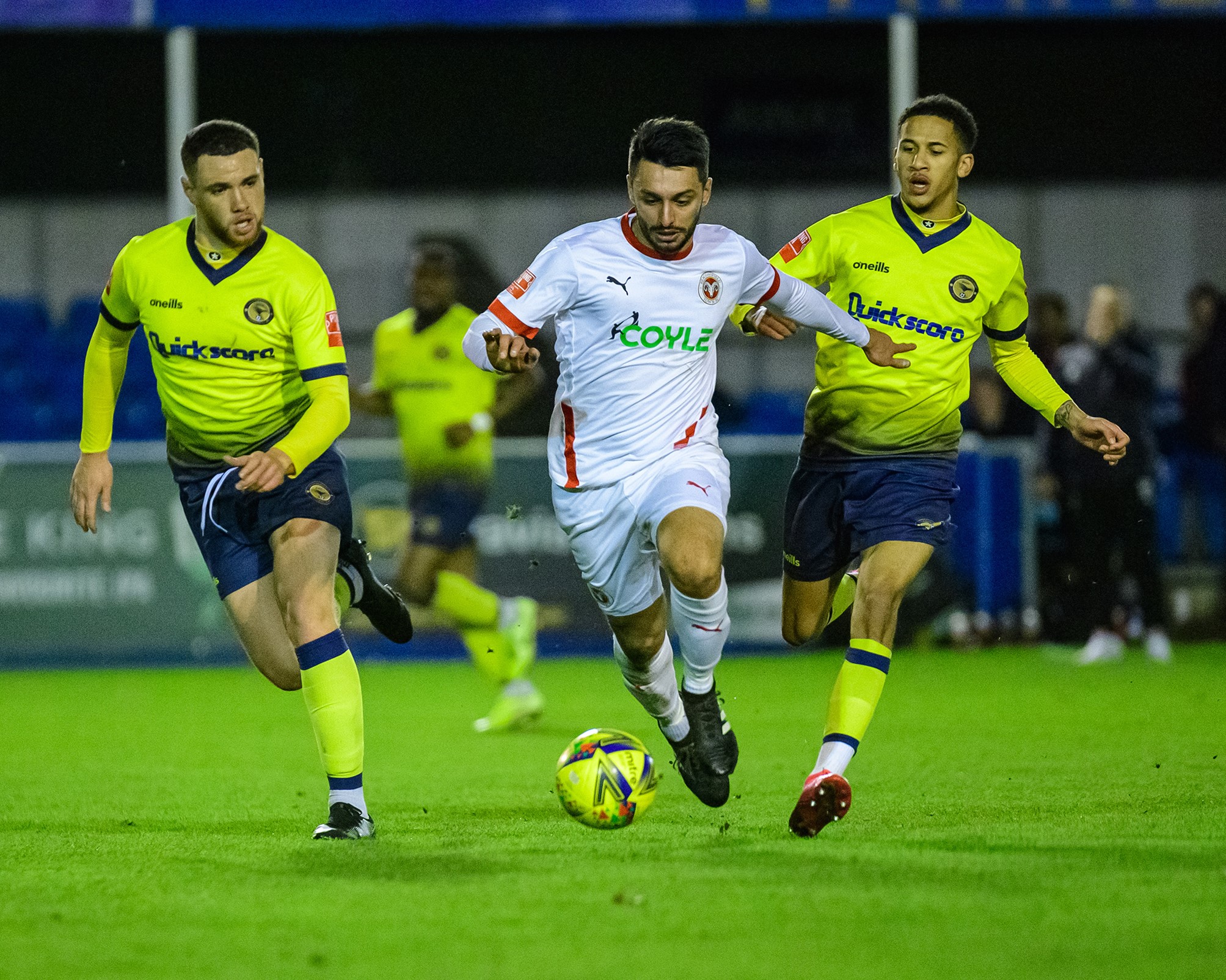 Even when he was wrong footed by a cheeky Callum Webb cross shot and his momentum carried him over the goal line he was, fortunately for him, just outside his near post. Predictably enough he then claimed the subsequent corner like he was shelling peas.

Farnborough claimed their second when referee Mr. Morrison allowed them to take a quick free kick some distance away from the actual offence and considerably closer to The Rams goal. A driving run at the heart of The Rams defence created space for half time substitute Michael Fernandes, who bagged a hat trick on The Rams last visit, to fire past Azaze.

The Rams continued to press but Baptiste, unsurprisingly named Man of the Match by the home sponsors, was equal to everything thrown at him, most notably when plunging to turn away a fiece low drive from Nathan Minhas, that seemed destined for the corner. 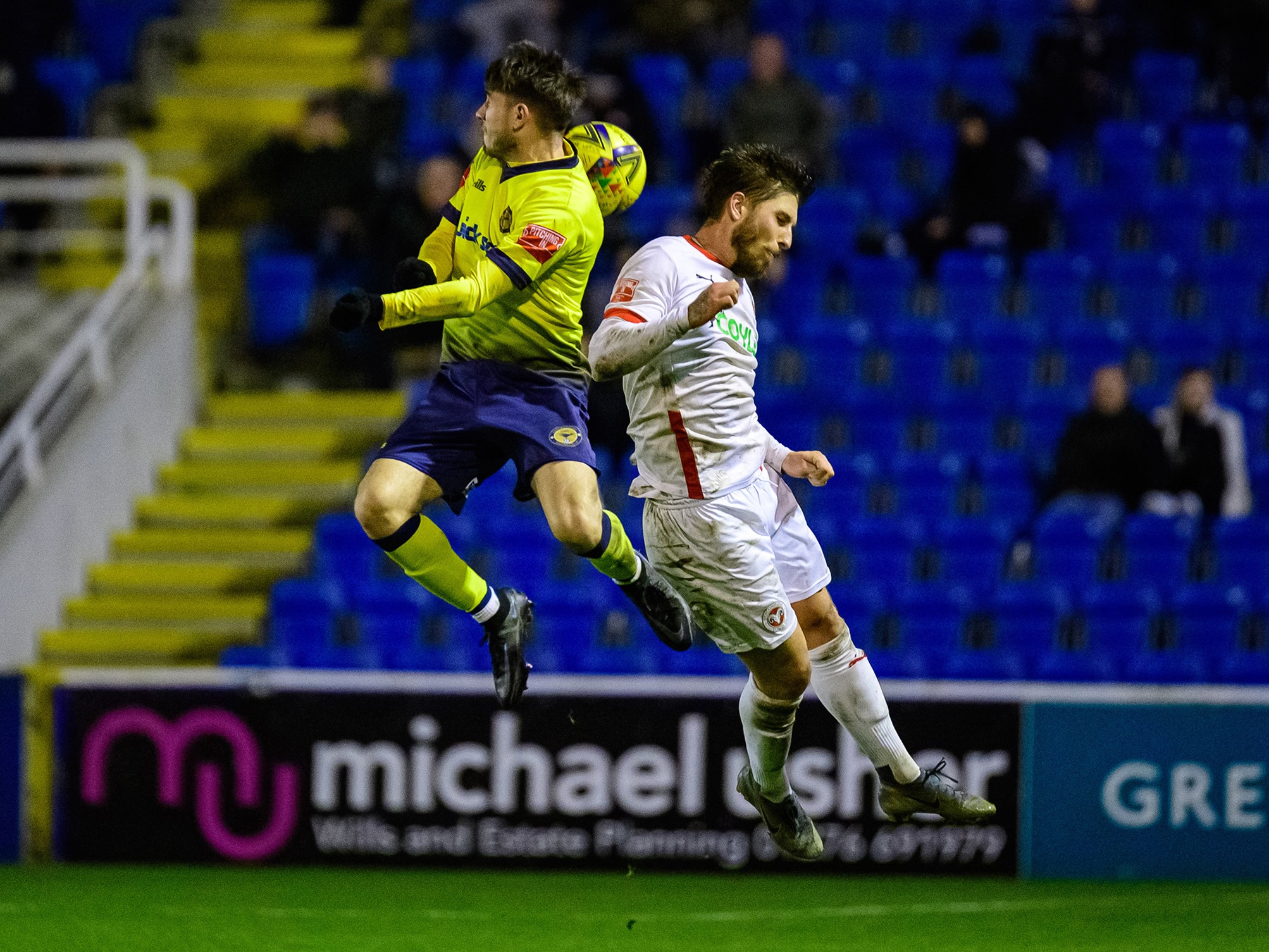 Sometimes as a keeper you have days where you feel you can’t be beaten. By the look of this display Baptiste has plenty of those to come in his career.

Beaconsfield were disappointed with the result but that was a measure of the performance.

They can and should take great pride in their performance. On another night they would have been better rewarded for their efforts and there’s not much doubt that they will win games this season playing worse than this.

In a very competitive league like this matters will be decided by the goals you can score from the chances created.H opefully they can carry this performance forward and add the finishing needed when they face Swindon Supermarine at Holloways Park on Saturday afternoo. They can comfort themselves that they won’t at least come up against Dante Baptiste again for a while.