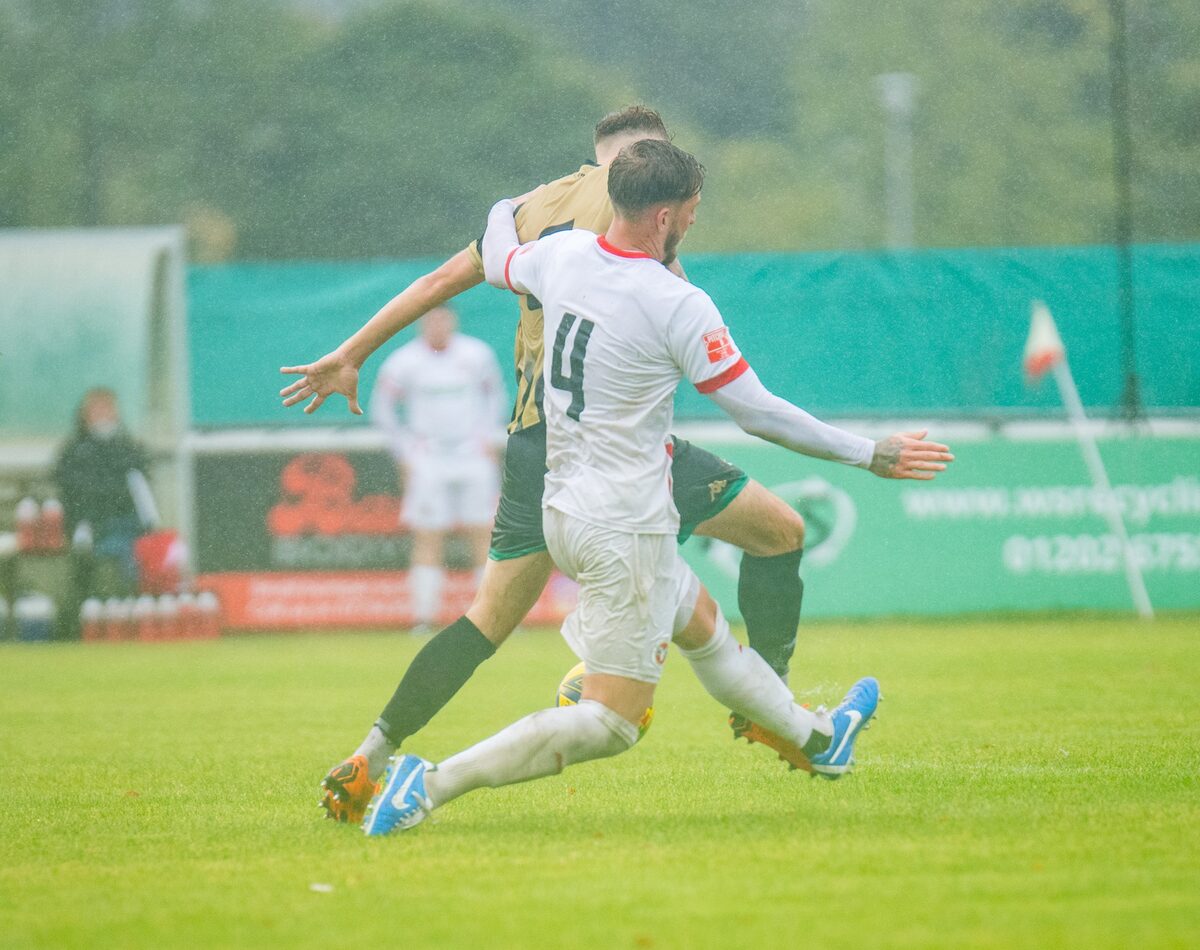 Torrential rain throughout the journey to Poole and a forecast replete with weather warnings and foreboding saw Beaconsfield Town arrive at Poole Towns renamed Black and Gold stadium unsure if the match would take place. In previous years it priobably wouldnt have done but the drainage work carried out in recent times did its job and despite atrocious conditions throughout, the playing surface held up extremely well.

Both teams emerge with credit too, serving up an open, engaging and entertaining encounter for the 179 brave, or possibly foolhardy souls, who forsook the appeal of their firesides and SKY Sports to view the action in the flesh.

The game itself could have ended in favour of either side or possibly as a 4-4 draw with the number of chances created and was a fair barometer for this highly competetive division this season, where Hayes and Yeading aside, it appears that anyone can beat anyone else on any given Saturday.

With the competition so fierce finishing is key.

The Rams, in general play were not notably worse here than on Tuesday at Hartley Wintney. They created a number of presentable opportunities but on this occasion, were unable to supply the finish.

Tyrone Lewthwaite in particular, restored to the starting line up with Nathan Minhas recalled to Hampton and Richmond for the FA Cup, had no luck at all here. Drawing an instinctive save from Mark Childs who flung out his right arm to somehow turn away the goalbound effort despite all his weight moving in the opposite direction. 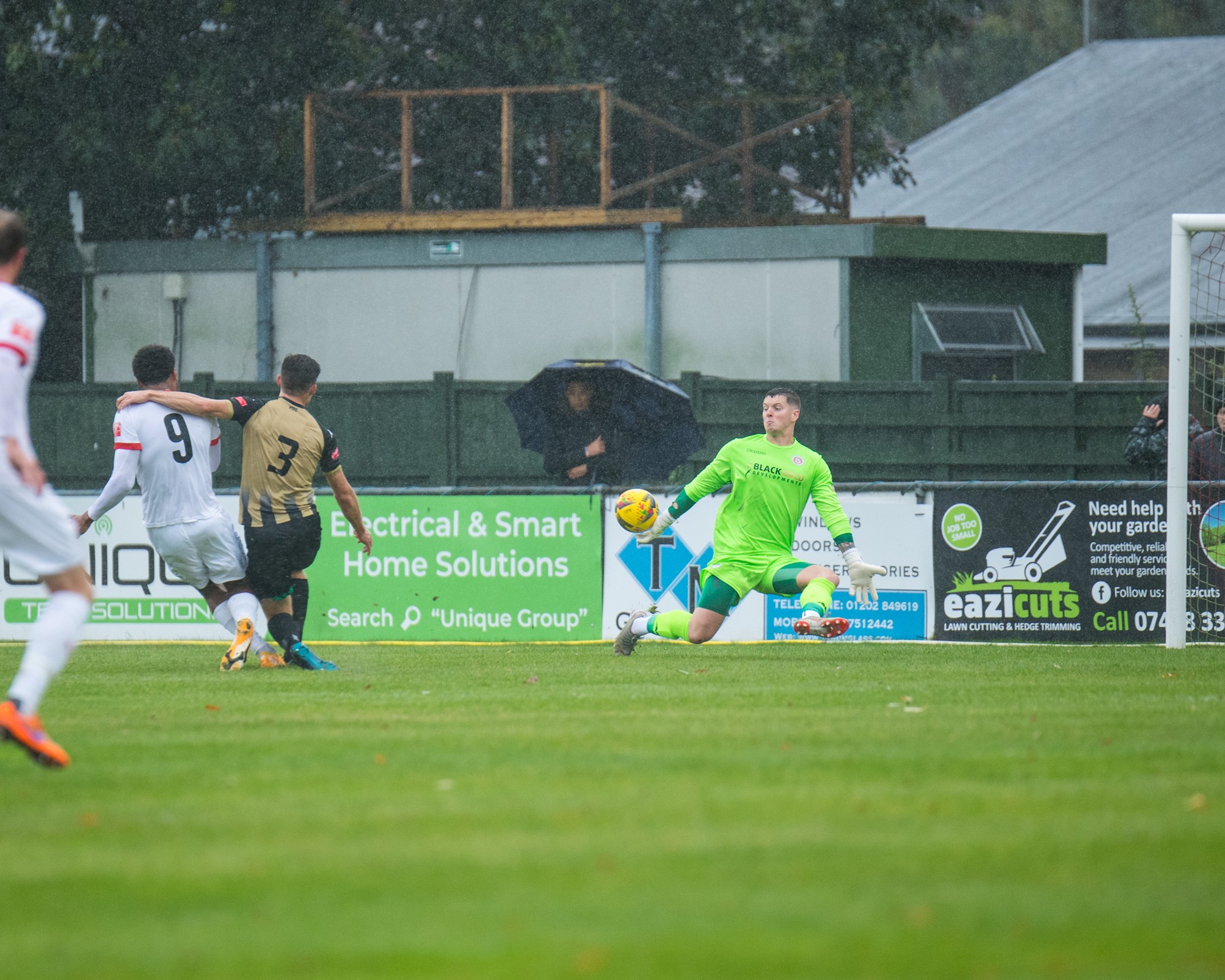 Then the big striker met Scott Donnellys flighted cross on the volley 15 yards out but saw his effort crash off the bar to safety with Childs beaten. Callum Webb cut in from the right wing and drilled an effort narrowly wide and Donnelly surged forward from midfield before unleashing an effort from 20 yards which beat Childs but flew wide of the post. 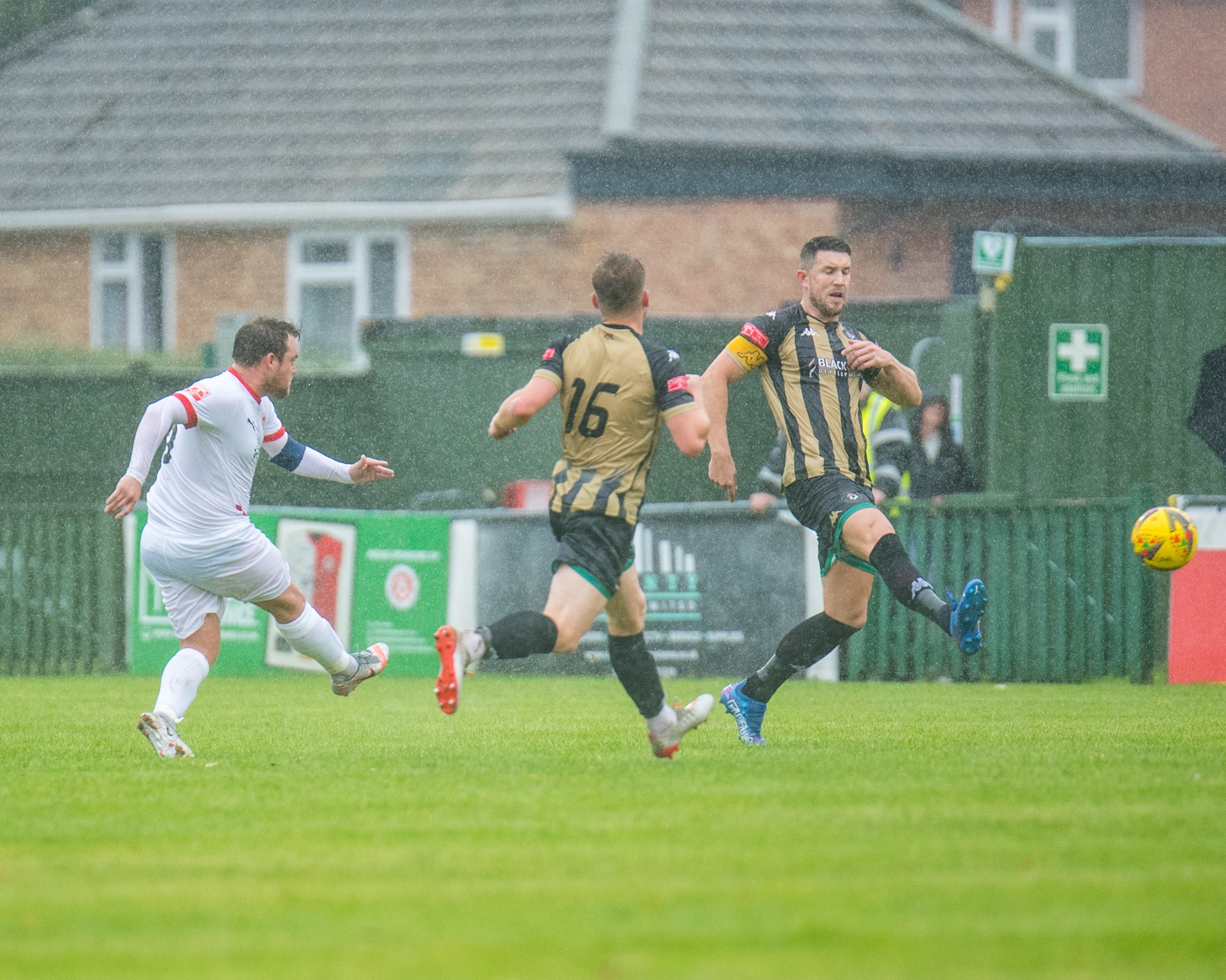 The home side too spurned golden opportunities as Tony-James Lee flashed a shot narrowly wide & Bournemouth loanee Brooklyn Genesini saw an effort blocked by the feet of Alex Tokacyzk, returning in The Rams goal with Ayman Azaze recalled to Barnet FC. Their best chance of the first half hour fell to Luke Holmes, played in by Lee he shaoed to curl the ball into the corner but got it all wrong and shot wide.

On the half hour The Rams were forced to reorganise when the lively Baz Pashaj went down under a fairly innocuous if clumsy challenge and limped off, with what appeared to be a hamstring injury, to be replaced by Marcus Johnstone-Schuster, Callum Webb moving forward and the ever enthusiastic Antonis Vasiliou switching flanks, with Johnson-Schuster slotting in at his familiar right back position.

As half time approached it seemed honours would be even and it would have been hard to argue with that. Lee though had other ideas, showing strength and clever movement to get just enough space at the nearpost to beat Olly Sprague to a Holmes cross. His firm downward glancing header skipped wickedly, picking up pace off the sodden surface and squirted across the face of Tokarcyzk and into the corner giving the big keeper no chance.

The home side finished with a flurry but The Rams survived the final two minutes of the half.

The second half was a story of two offsides. One given and one not by the husband and wife team of assistants.

First Mr Davison adjudged that Toby Little had strayed offside before slotting home Tyrone Lewthwaite’s deflected goal-bound effort. It would be interesting to see video because still images tend to suggest Little was behind the ball at all times.

In any event his proximity to the goal line was always likely to produce a pavlovian flag response from the assistant. 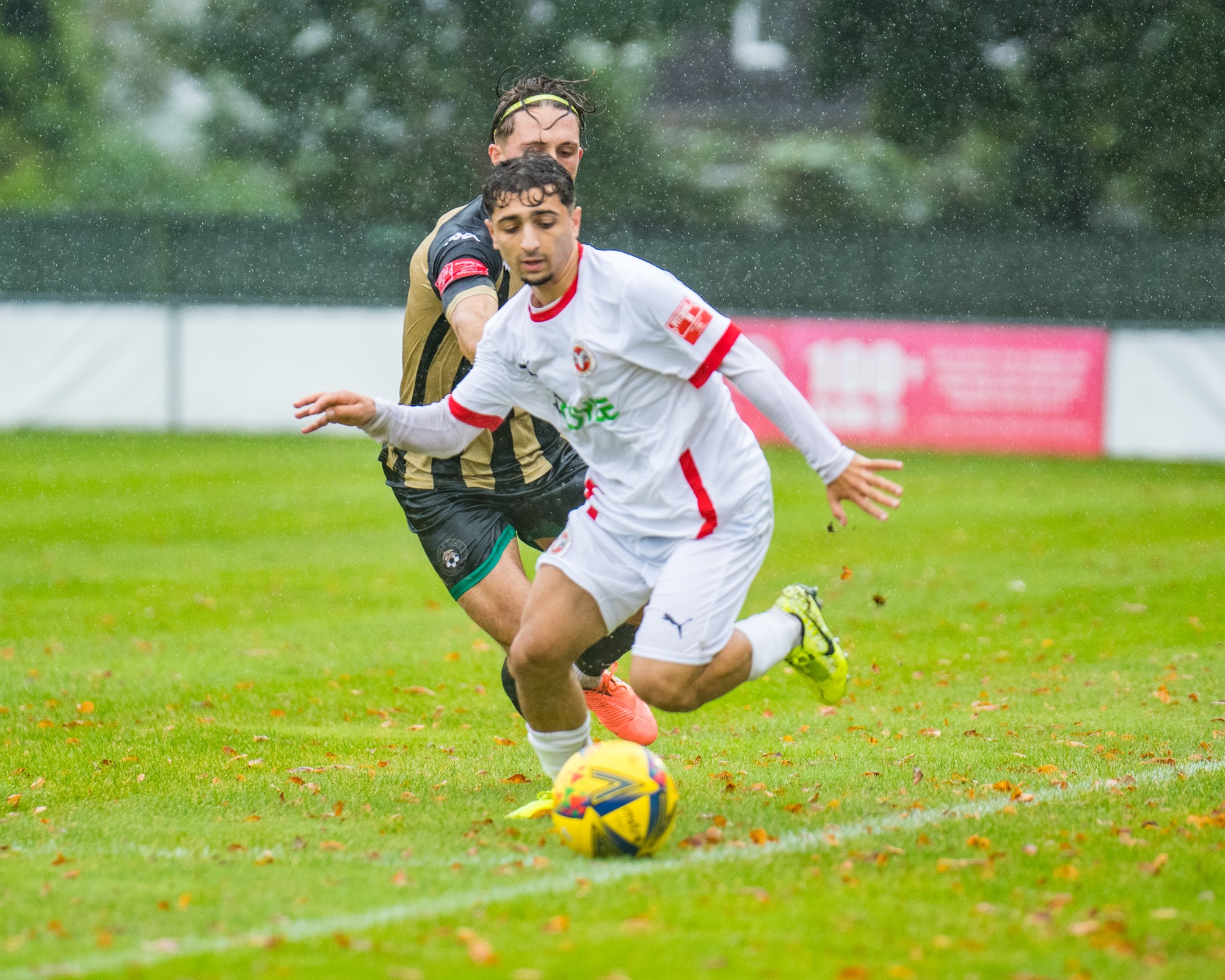 At the other end Lee ghosted behind The Rams defensive line to meet a Dan Bartlett diagonal freekick at full stretch in splendid isolation, toe ending his effort over the advancing Tokarcyzk and into the net. With Rams defenders standing incredulous Mrs D was having none of their protestations. The goal stood and the game was effectively over as a contest.

Gary Meakin exhausted his attacking options, throwing on Dylan Kearney and Jefferson Louis for the final quarter and the pair combined to create another guilt edged chance for Lewthwaite who drew the keeper and slotted it past him only to see the effort curve wide of the post.

By and large a day of “what might have been “ for The Rams. The Dolphins were worth their win because they took their chances. Beaconsfield created enough to win two games and can take heart from their general play, the level of performance and the chances created.

You suspected that they could have stayed their until bed time without getting a goal. It just wasn’t their day.

Hopefully The Rams will enjoy a drier trip to local rivals Chesham Utd on Tuesday evening. The photographer could certainly do with one.