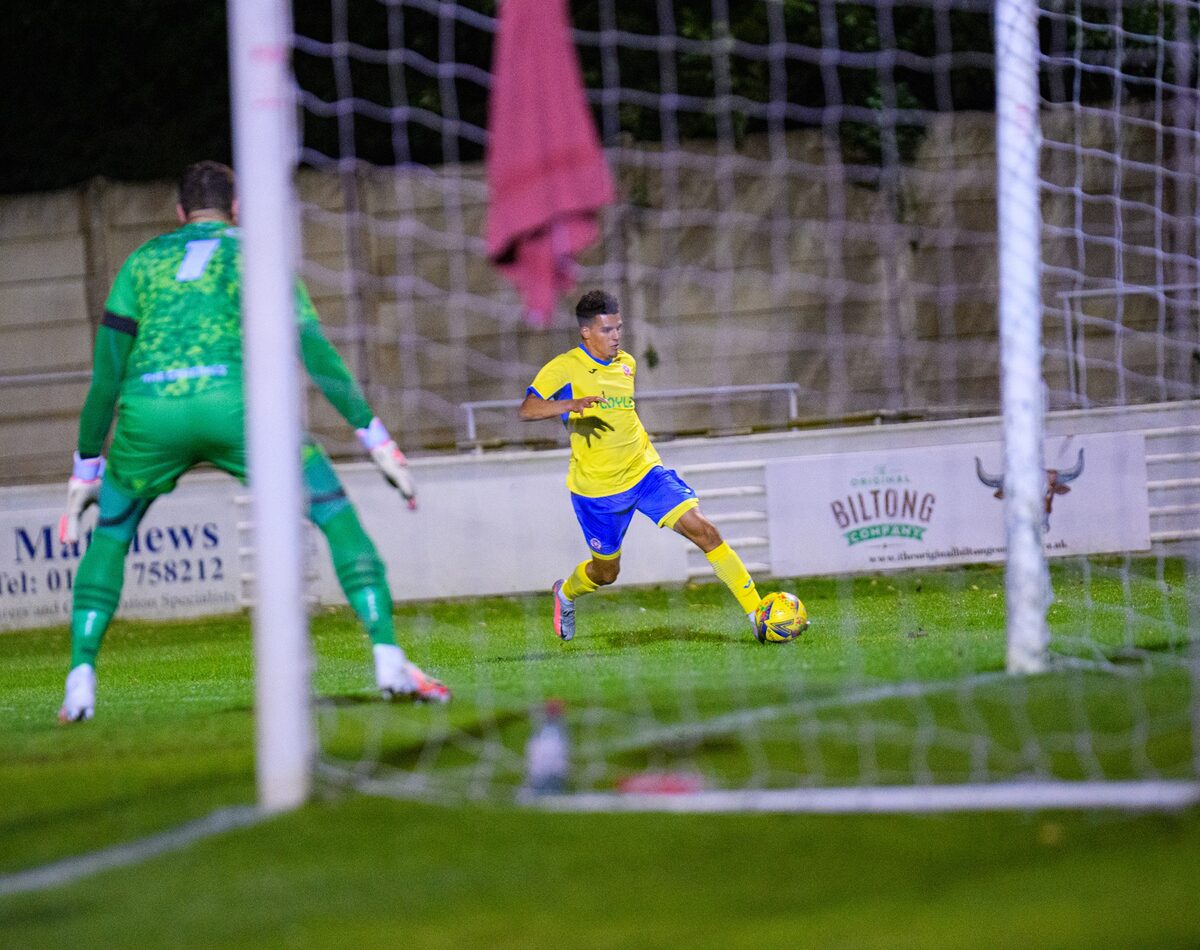 There’s not much doubt that the Southern League Challenge Cup is less than a priority for most of the teams engaged in the Premier League competition. The prospect of advancing to a possible midweek trip to Truro is somewhat less than enticing. By and large it provides an opportunity to ring the changes, give starters a night off, continue the rehab of others and if you’re lucky, offer valuable experience to some of your promising youngsters.

With that in mind Gary Meakin had a successful evening at Chesham United on Tuesday evening. Luke Neville, Scott Donnelly, Toby Little, Tyrone Lewthwaite and Alex Tokarcyzk were given the evening off. Olly Sprague started on the bench before being introduced at half time. Jordan Ajanlekoko and Babbs Jarra, both returning from injury and illness, teamed up at the heart of the back four. Joseph Chidyausiku was given a debut down the left whilst Jed Layman from the youth development set up was introduced at half time and Olly MCCoy made a fifteen minute cameo appearance from the bench, his first minutes since limping off at Tiverton with a hamstring strain.

Perhaps not surprisingly the game had a strange feel to it with an odd atmosphere more akin to a testimonial or a friendly.

With all the changes to personnel it was no surprise that The Rams put in a somewhat disjointed performance. That said though the first half was an error strewn affair.

The home side took the lead after just five minutes as the ever green David Pearce fired home a low cross shot from the edge of the box after Chesham’s most exciting performer on the night, Brandon Barzey, was allowed to run largely unfettered in from the right wing for about 40 yards before squaring it to his skipper in space. 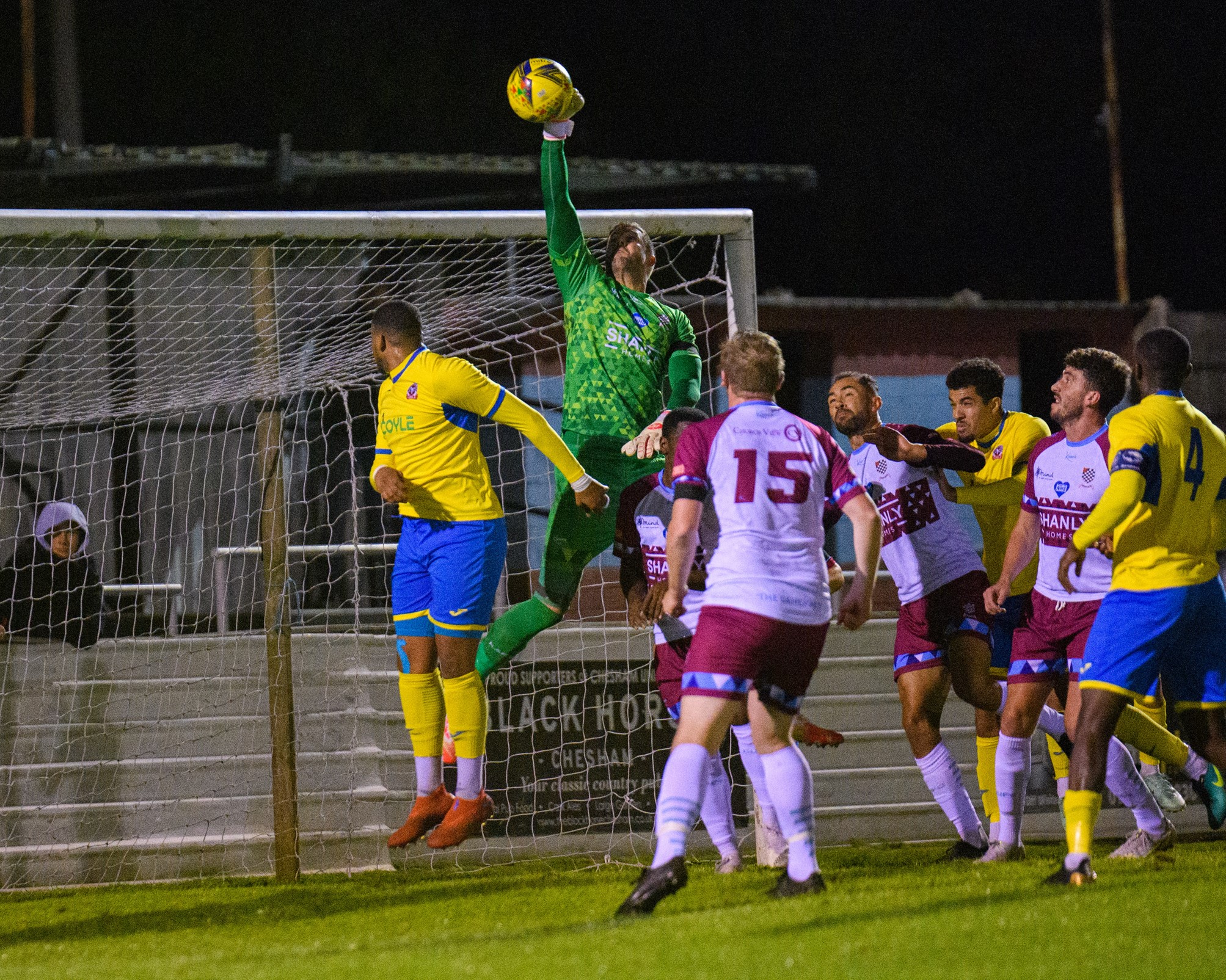 The Rams played in snatches and their best chance fell to Chidyausiku in the 33rd minute. Played in by Dylan Kearney the winger whipped in a low shot which was well saved by Sam Beasant plunging to his right.

From the resulting corner Beasant flapped at the cross succeeding only in punching up in the air, in the ruck of bodies fighting for the rebound scraps Beaconsfield could not find the finishing touch which was smuggled behind for another corner, that came to nothing.

The second half saw Meakin switch to a three at the back system and started brightly enough for The Rams but as they pressed they looked increasingly susceptible to Chesham's pace on the counter. So it proved on 52 minutes when Anton Hooper finished off a break resulting from a Rams attack breaking down in midfield. 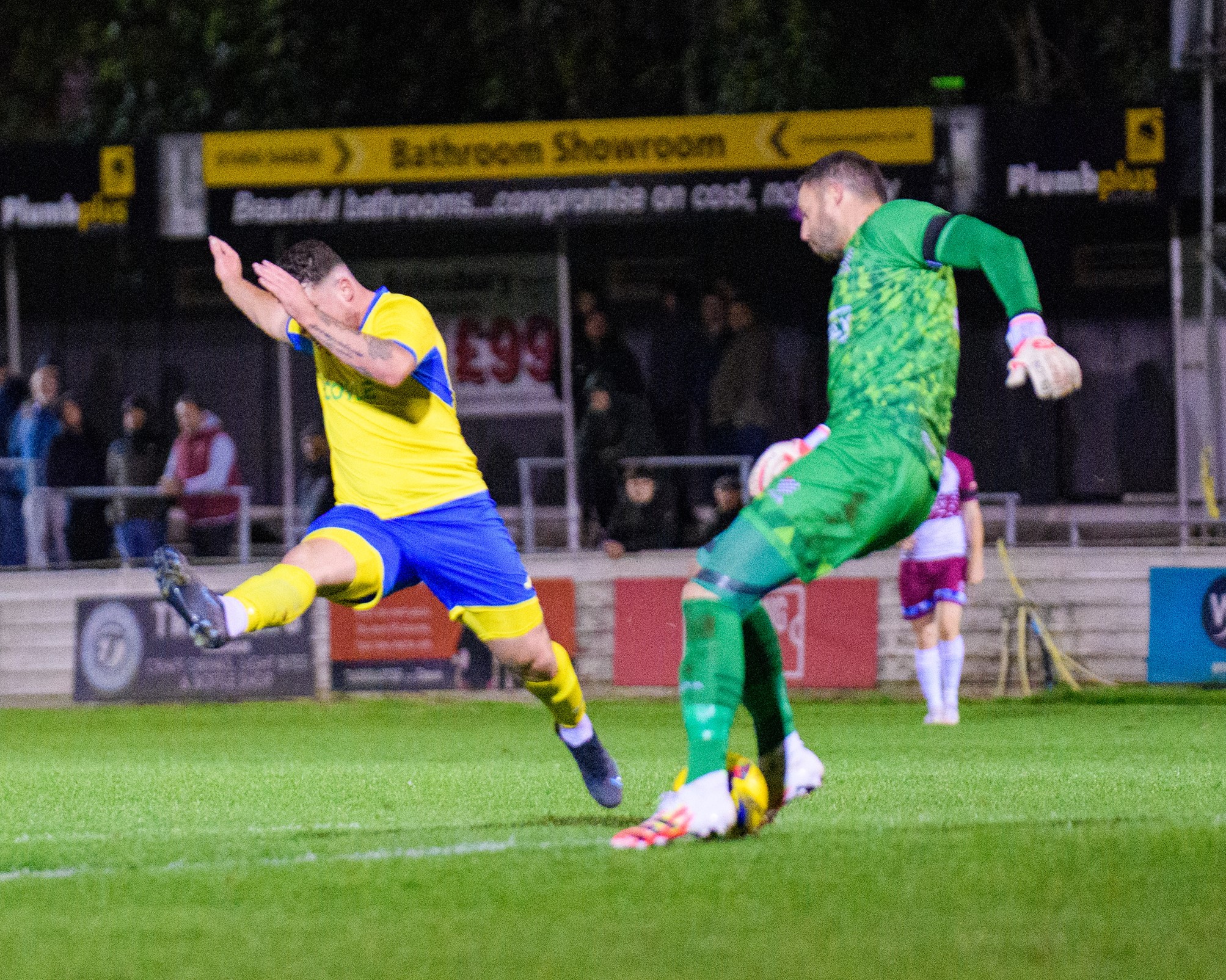 Moments later James Richardson saw a dipping free-kick cannon off the bar and away.

Showkat Tahir made it three on 66 minutes. Following a promising attack from Beaconsfield which broke down, Beasant’s quick clearance caused chaos in The Rams defence. Tahir emerged with the ball on the left before cutting in and forcing a low effort past the advancing Neish.

The Rams flattered to deceive throughout, Dylan Kearney and Jefferson Louis drew straightforward saves from Beasant who was later extended to keep out two efforts from Alex Lafleur revelling in the freedom of the wing back roll.

Olly McCoy looked sharp and put in an encouraging 20 minutes from the bench whilst Jed Layman settled to his task and showed a lot of promise for the future with some strong attacking runs down the right. 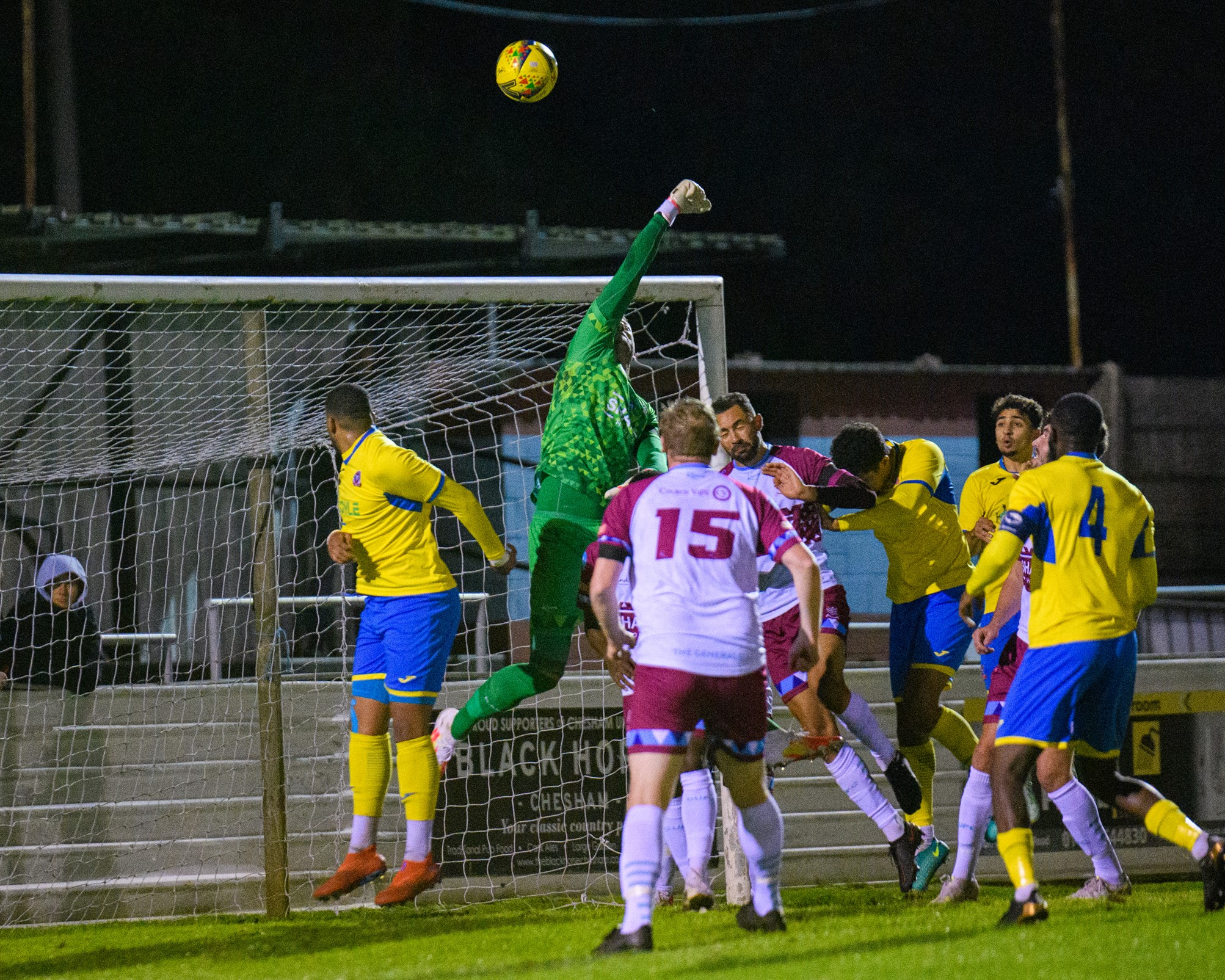 Chesham advance to the next round and deserved to on the evening.

That said it wasn’t a night without positives for The Rams who are off to the seaside for their latest away day at Weston-Super-Mare on Saturday.