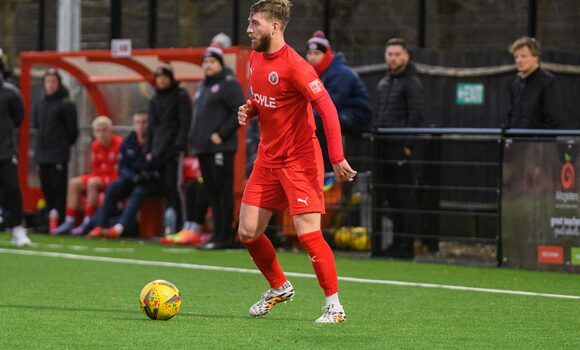 Beaconsfield Town fell to a second consecutive home defeat as they saw all the effort of an encouraging second half fightback and equaliser cancelled out in less than two minutes by lack of concentration. The equaliser lacked the overt sloopiness of last weeks Taunton winner but Weston were allowed to work the ball from back to front and the entire width of the park virtually unchallenged until sub Alfie Moulden received the ball on the left edge of the Beaconsfield penalty area. Callum Webb checked his forward progress and turned him away from goal but the winger fed the games outstanding individual, Dayle Grubb, who was given time and room in the area to fire home Weston’s second - less than two minutes after Aaron Minhas has fired The Rams level with a top corner effort.

All that said, whilst the result was a dissappointment based on how the game played out, Beaconsfield can’t have too many complaints.

The visitors totally dominated the first period with possession and territorial advantage throughout. When they played the previous fixture The Rams manager considered that Weston were the best team, in possession, that The Rams faced this season. There was nothing in the first half to suggest that this wasn’t the case.

They took the lead after ten minutes when Grubb played in Marlon Jackson. The big target man closed down and deflected a Ryan Hall clearance which ballooned away to Grubb in midfield. He slid the ball down the side of Keano Robinson and Jackson lifted a deft finish over Hall from the angle of the six yard box.

Beaconsfield were not at the races for most of the first half. Sloppy in possession, not sharp with passes and first touches going astray. 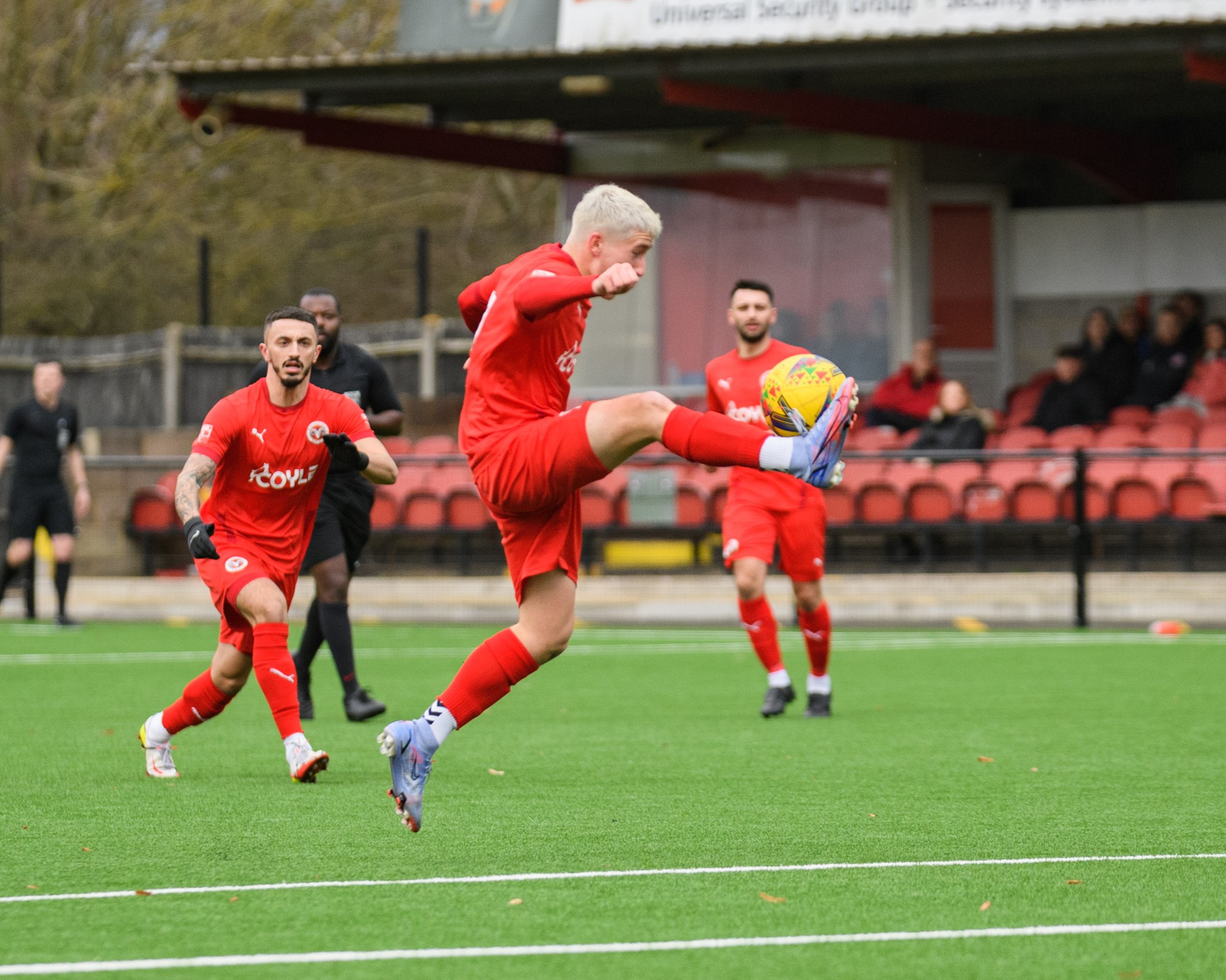 They managed flashes of play but could not sustain possession or pressure. Despite only ever playing in snatches there were still some encouraging moments Dan Bradshaw fell foul of a marginal offside decision as he fired home in the ninth minute. Then having taken a battering for half an hour The Rams finished the first period well. Luke Purnell turned over a Nathan Minhas effort and the same player narrowly failed to get on the end of a Lucas Sinclair cross which flashed across goal. 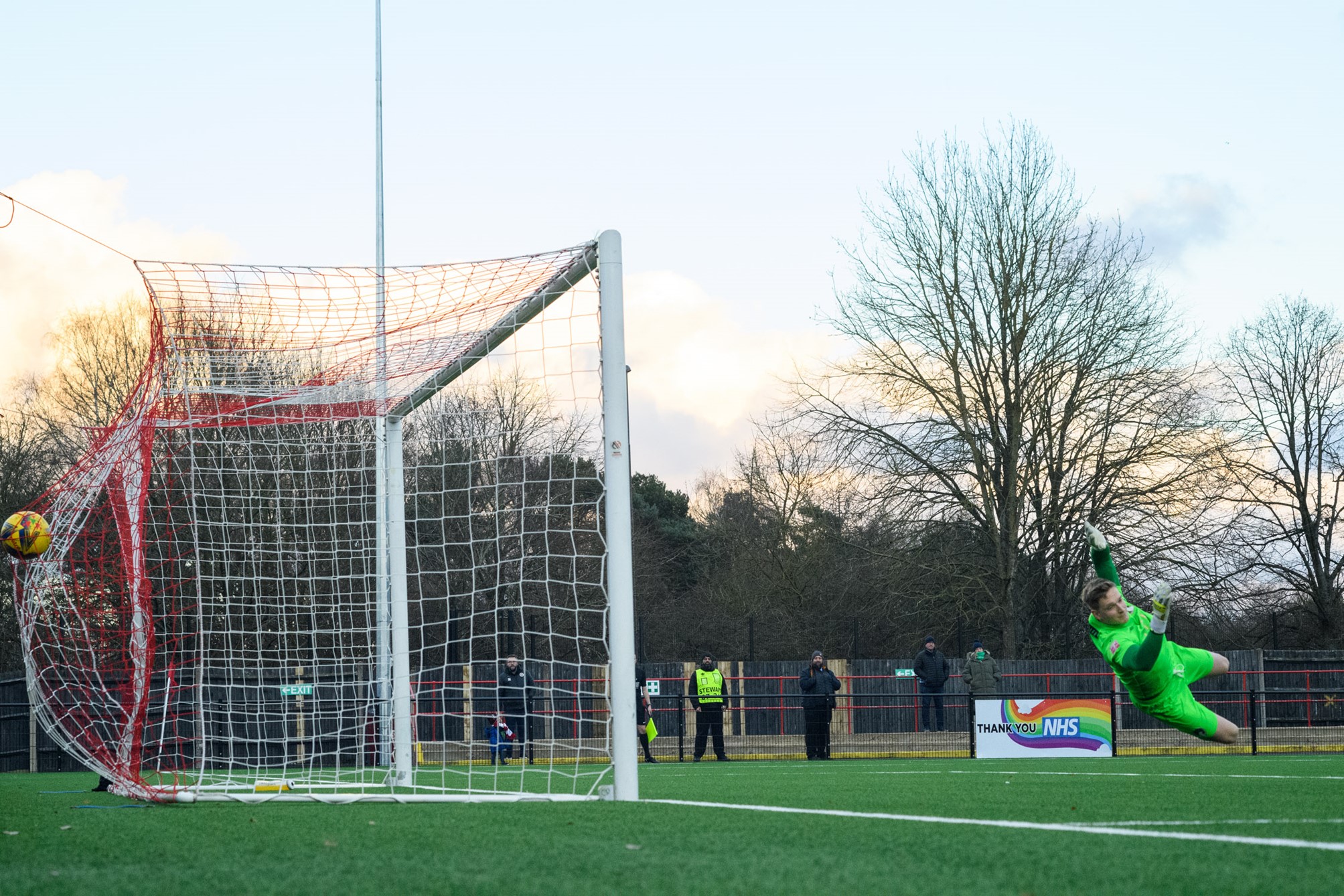 Toby Little replaced Jordan AJ Ajanlekoko at half time and his impact was immediate.

Beaconsfield were much the brighter side in the opening exchanges and pinned the visitors back without ever extending Purnell until their efforts were rewarded and skipper Aaron Minhas sent in a twenty yarder to bring The Rams level.

May be the tide had turned? Now on the front foot, may be the Rams would go on and claim a win? 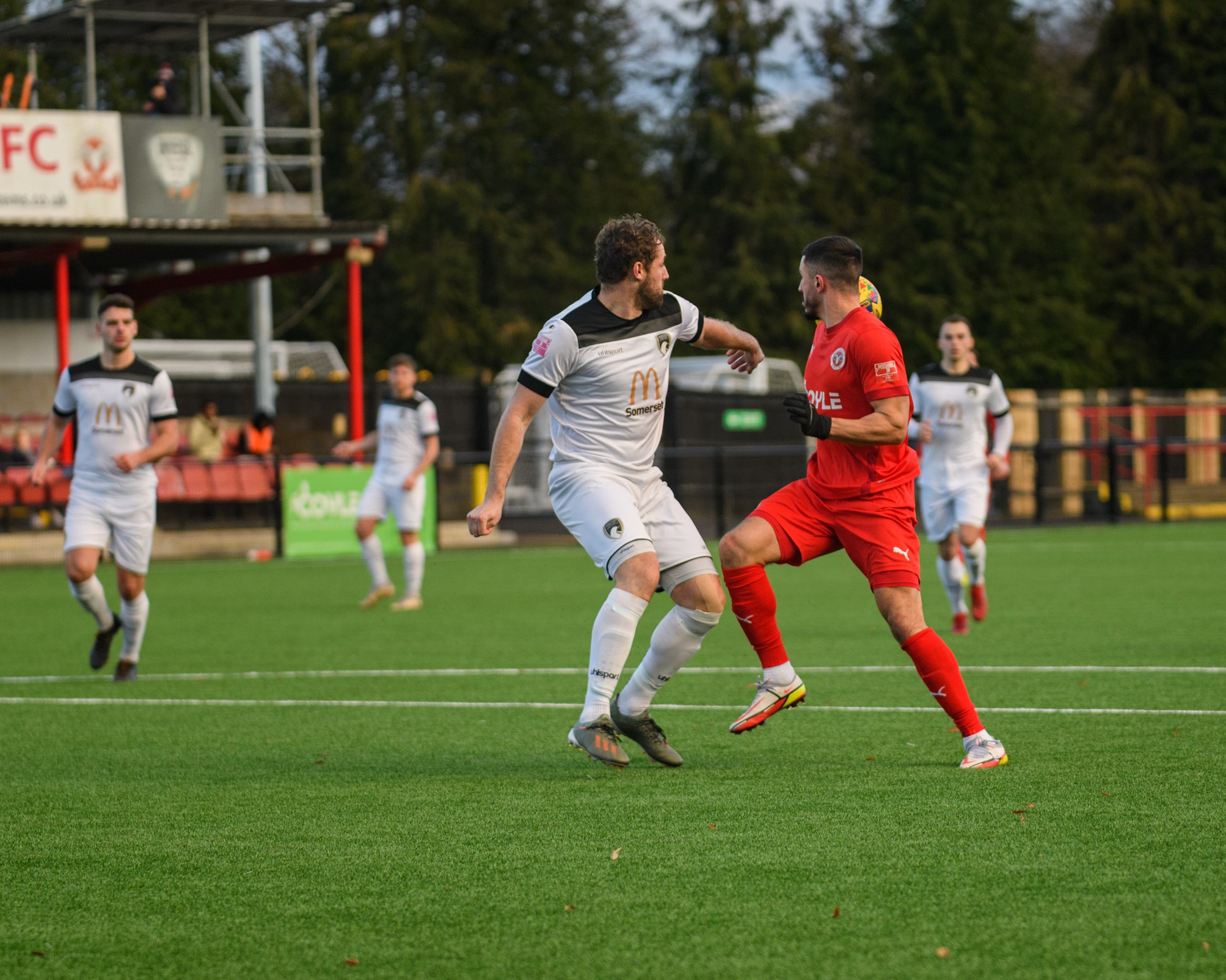 Football cliches only develop through repetition and here was one writ large. Beaconsfield proved at their most vulnerable immediately after conceding. Rather than killing the game for five minutes and consolidating the leveller.

Instead, having clawed their way back into things, with the visitors on the ropes they allowed Weston to regain the lead in less than two minutes.

Sub Alfie Moulden was played in down the left , his progress was checked by Callum Webb who showed him away from the bye line.

With plenty of defenders in the vacinity Grubb caught the covering defence ball watching and found some space in the area. Picked out by Moulden he found space enough as three defenders looked on and fired a fierce shot high into the roof of Hall’s net.

That was largely it for Weston as an attacking presence. They sat in and despite renewed pressure and territorial dominance they held The Rams at bay without too many alarms.

Beaconsfield should have had a penalty when Sam Avery blocked a Nathan Minhas effort with his bicep but Mr Horne adjudged that the area between shoulder and elbow constitutes the chest.

Aspiring referees are told on their training courses, “when in doubt favour the defender”

Mr Horne applied this to the full throughout but particularly Weston right back Kieron Thomas who appeared to be auditioning for the role of Diego Costa. Either that or he will need some anti-biotics for the inner ear infection which so cruelly affected his balance most of the afternoon. That said though, once the ref had shown the willingness to give the first one, why would anyone stop. Why the official was unable to spot that this was the full backs only answer to the pace and trickery of Lucas Sinclair is anyones guess?

Even with the eccentric officiating Beaconsfield had enough to possession time and pressure to get something from the game but as last week they could not break down a resolute rear guard action from the visitors. 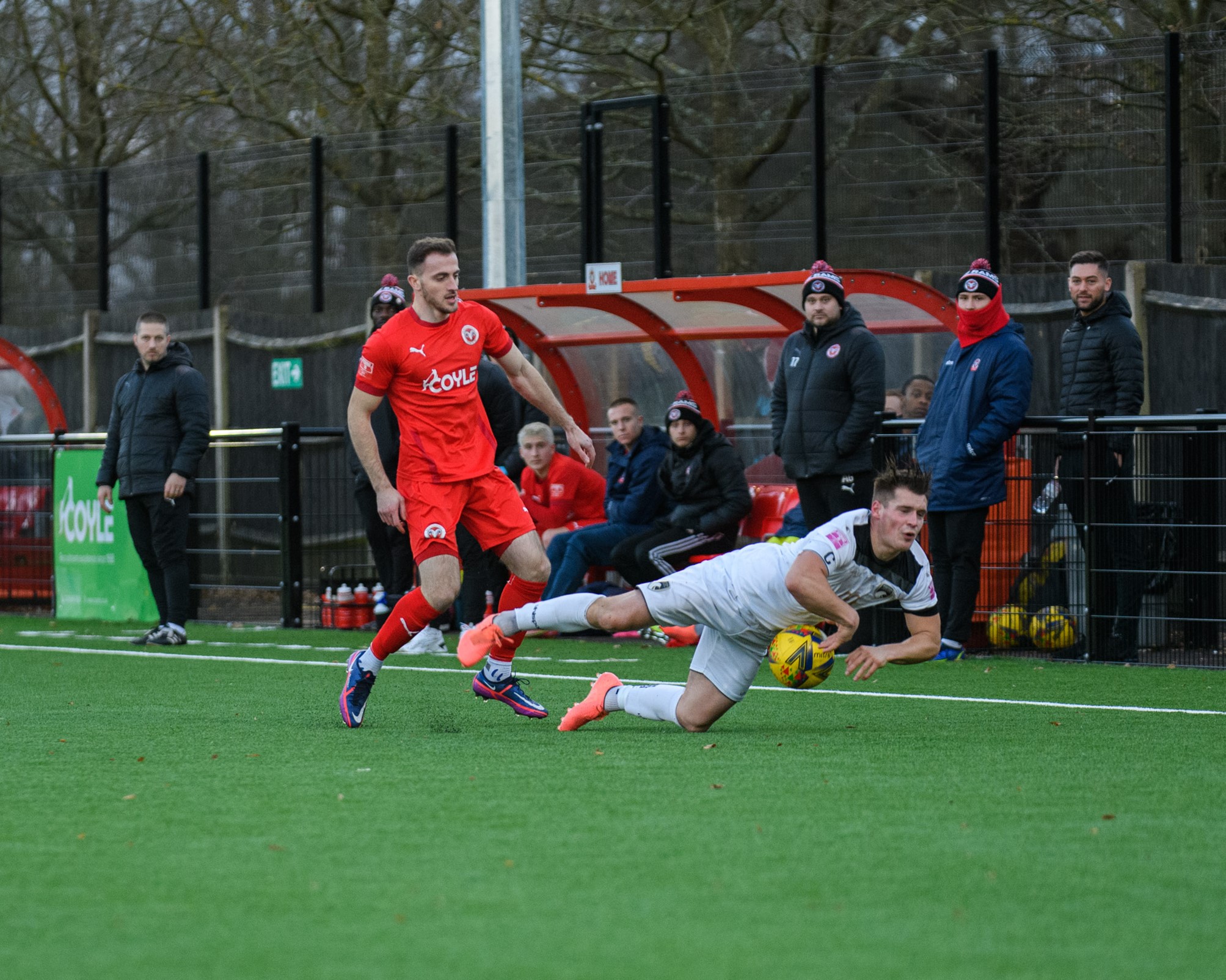 Ryan De-Havilland tested Purnell late on firing an angled drive through a crowd but the keeper made a tumbling save at the nearpost. From the resulting corner Bajram Pashaj made some space on the edge of the six yard box and rose unchallenged to meet the ball but could not get over the header which flew high over the bar.

Keano Robinson also headed over under pressure but by and large though often stretched Weston held firm and ran out handy winners without really getting out of second gear for the entire second period.

Next up The Rams welcome Harrow Borough, fresh from their nine goals thriller with Truro, to Holloways Park next Saturday.