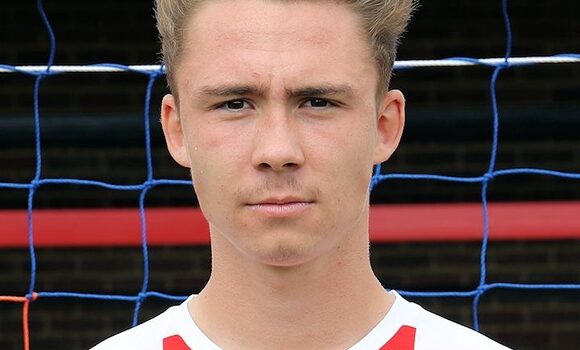 After a great comeback against Marlow just five days earlier, Beaconsfield suffered a Holloways Park horror show as they were comprehensively beaten by Bedford Town.

The next ten minutes saw Bedford go close with efforts by Roache and Devante Stanley but on 27 minutes, against the run of play, Beaconsfield grabbed an equaliser when Ryan Hill's defence splitting pass set up Ollie McCoy to slot past Harper.

That was as good as it got for The Rams however. On 32 minutes a great cross from the left by the impressive Sam Baffour found the head of the criminally unmarked Jemale McKenzie-Lowe to power past Soutter. Six minutes later The Rams defence was again found wanting as Phil Draycott notched up the visitors third after Roache had run unchecked through the Beaconsfield box.

Any thoughts of a Beaconsfield second half comeback were dashed in the 59th minute when Roache made the most of a deflected shot to react first and flick the ball past Soutter.

Charlie Losasso did have a decent free kick saved by Harper on 72 minutes and Josh Dillon sent a header over eight minutes later but in truth Beaconsfield were second best all over the park and Roaches second (and Bedford's fifth) on 90 minutes only served to give a more honest reflection of the visitors dominance.

Time to re-group, roll up the sleeves and get back to basics - this was a bad day at the office, let's hope it was one off.