FOUR GAMES UNBEATEN FOR THE RAMS

FOUR GAMES UNBEATEN FOR THE RAMS 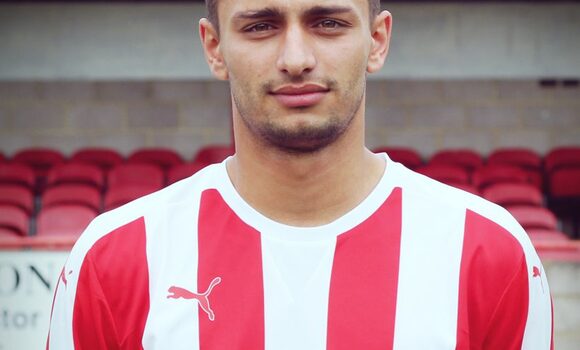 Beaconsfield extended their unbeaten run to four games with an impressive performance against struggling Hanwell Town on a bitterly cold afternoon in West London.

The Rams should have gone ahead on two minutes when their well rehearsed corner routine saw the ball land at the feet of Tristan Campbell but his shot was wild and over the bar. On eight minutes Geordies keeper Martin Herdman made a great save from a Jack McKnight header but the resulting corner saw the ball fall to debutant Harry Tucker who slammed it in to the roof of the net.

On the quarter hour mark Hanwell's Tom Hunt somehow put the ball over the bar from three yards, a let off for Beaconsfield who kept to their passing game and nearly added a second on 21 minutes when Sam Deadfield beat Herdman to the ball though a Geordies defender managed to clear before it reached the goal-line.

Deadfield did manage to get his name on the score sheet on 40 minutes when a great cross by McKnight was nodded home by the in form Rams No.10. Hanwell's No. 10, Tom Hunt, then hit the post when well placed and though Beaconsfield lead 2-0 at half time it could so easily have been two apiece.

The second half was only a minute old when the influential Ash Artwell teamed up with Deadfield to set up James Harding and his sliced effort went in off the post to put Beaconsfield three goals to the good.

Hanwell's Bradley Simmonds brought a good save out of Sam Bunting on 50 minutes but five minutes later the hard working Aaron Minhas was set up by Artwell and smashed a shot past Herdman.

The game largely petered out after this as The Rams enjoyed long periods of possession. A hoped for Beaconsfield clean sheet disappeared in the last minute when hesitancy in clearing the ball by The Rams defence saw Ahmed Mohammed pull one back for the hosts but it was too little too late for Hanwell and Beaconsfield completed a fine league double.

With so many of the regular Beaconsfield team either injured, on loan, working or "semi retired" this was a fine effort by a very young team. Ryan Haugh and Tim Wohlfiel put in good shifts, Harry Tucker had a decent debut and Jack McKnight looked very comfortable on the ball. Ash Artwell and Sam Deadfield have been outstanding the last few games and all were well marshalled by Captain (and MOM) Lee Togwell.