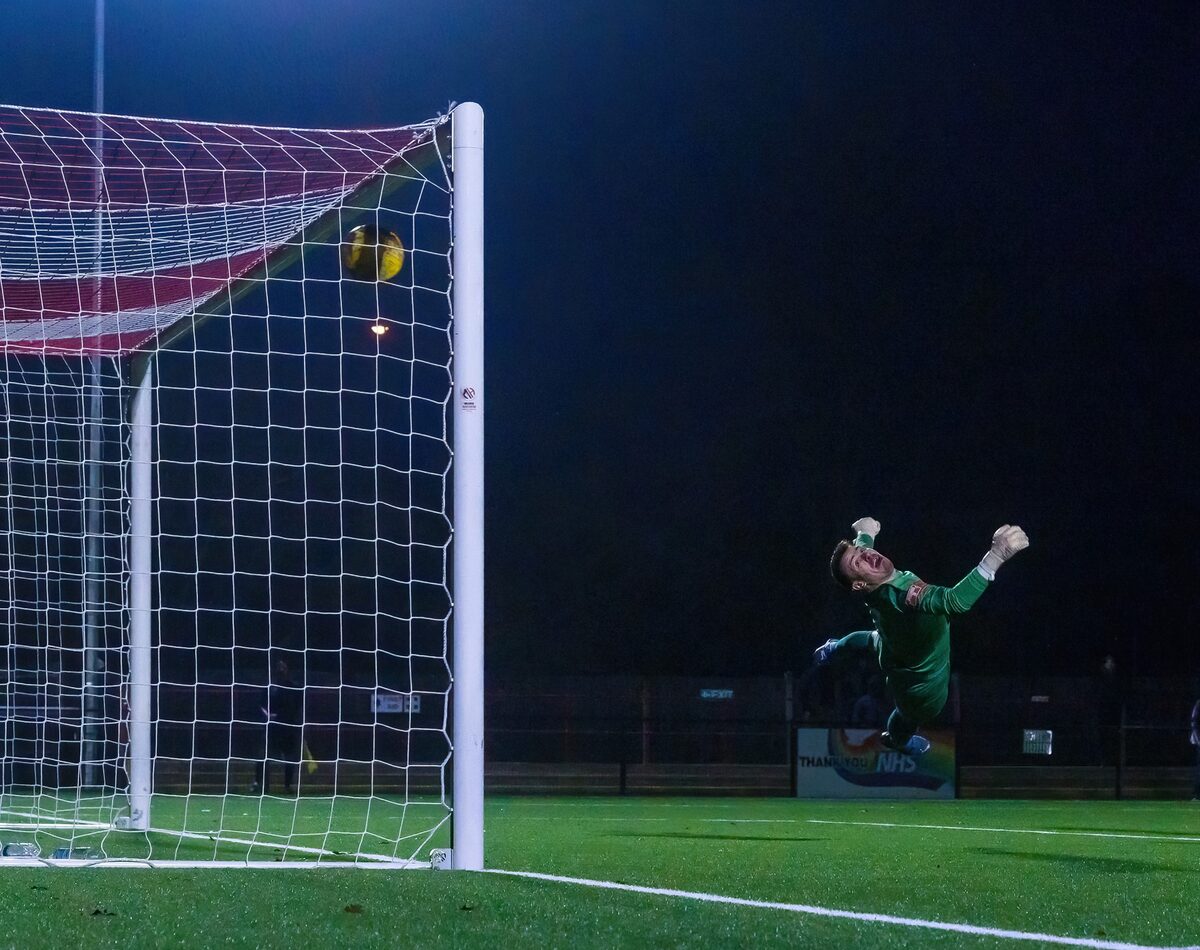 Twas the Game before Christmas, when all through Holloways Park not a supporter was stirring, not even a Mark.

[Thats enough of that Ed!] 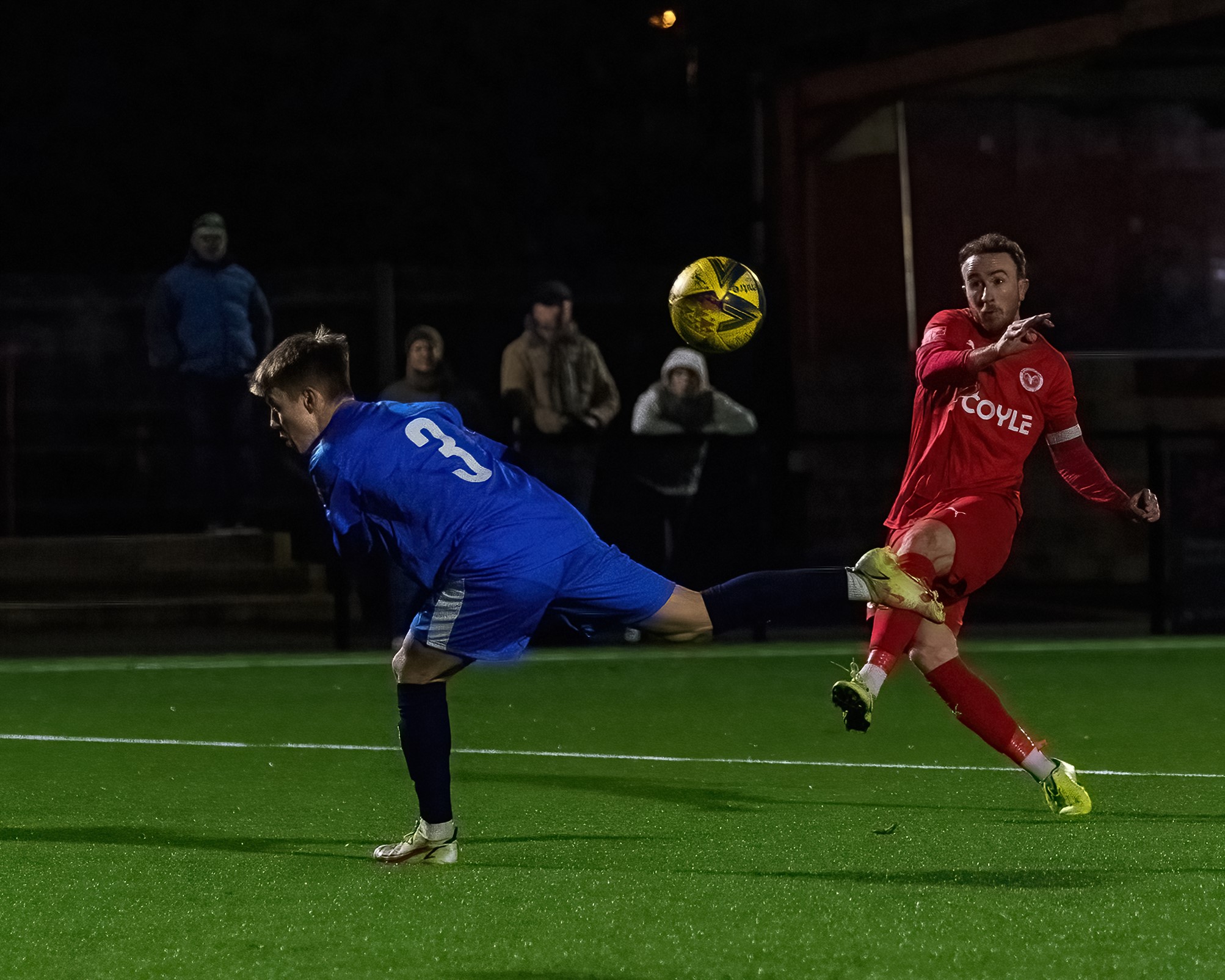 Toby Little produced a top of the tree finish to put The Rams ahead to stay in the 70th minute of a robust fruity encounter with Hartley Wintney.

Picking up the ball just inside the box to the right of centre he uncorked a Christmas cracker of a left foot strike which curled into the opposite top corner with Tom Williams in the visitors goal, at full stretch, grasping at thin air.

It capped off a second half performance where the Rams seemed destined to frustrate home supporters by failing to convert a number of presentable opportunities.

Hartley Wintney, fresh from an impressive midweek win over Met Police, settled quickest and dominated possession in the early going and Mike Neish in The Rams goal, with Ayman Azaze recalled to Barnet amid the current COVID kerfuffle, was called into action early to turn away a low free kick from Sam Argent.

The visitors enjoyed good possession but The Rams defence held firm with few serious alarms and Neish was only extended once more, making a low save to deny Kingsley Feshun. Feshun did get the ball past Neish in the early going but was well offside.

At the other end The Rams were struggling to retain possession in the face of some robust defending and frankly perplexing refereeing from Mr Smith which contributed to a generally fractious and scrappy first half with little to recommend it as a spectacle. The homeside created little to trouble Williams or the very physical Hartley Wintney back four. 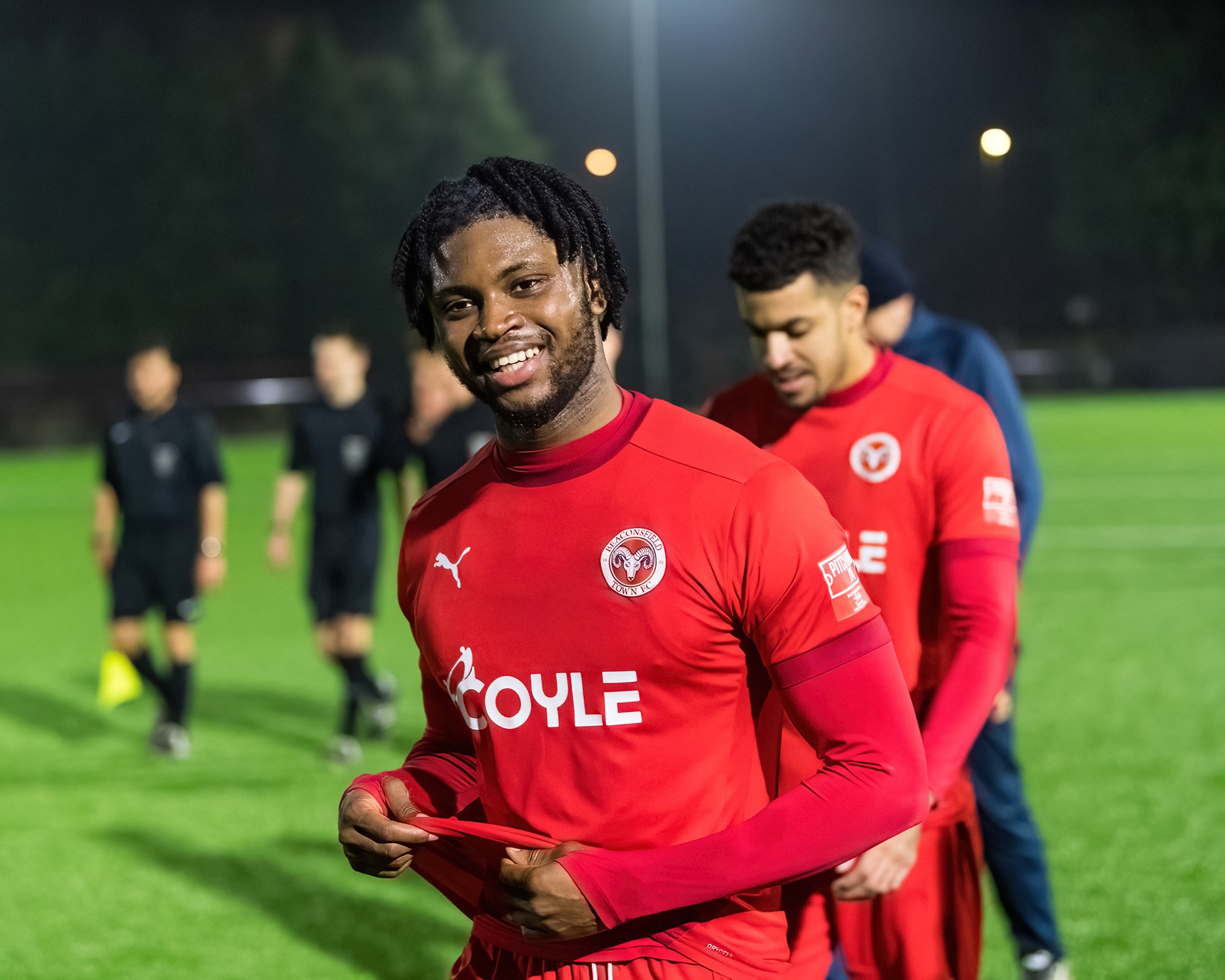 On the stroke of half-time Olly McCoy did have strong claims for a penalty waved away by Mr Smith after he appeared to be brought down on a burst into the area. There was definite contact but McCoy lost his battle to retain his balance and went down over the course of a couple of strides, slowly enough to give the official the opportunity not to give it.

With the first attack of the second period the visitors were almost presented with the lead. Neish duffed a straightforward clearance under no pressure and passed the ball straight to Jordan Edwards 30 yards from goal. As The Jordans, Aghatise and Ajanlekoko, struggled to regroup and Neish retreated, Edwards played in Argent with the goal at his mercy but the visitors skipper declined the gift, blazing well over when it seemed easier to score.

That was largely that for the Row as an attacking force in the game. Jordan Aghatise and AJ stood firm and won their aerial battles, as did James Clark and the ever impressive Olly Sprague, increasingly a factor in attack as The Rams took control of the game. Lucas Sinclair and McCoy on either flank got to grips with their full backs and Nathan Minhas managed to wrestle away from the attentions of Matt Drage and Harry Taylor. Chances began to come but The Rams radar was still slightly off. Jordan Ajanlekoko, unmarked, headed over from six yards after a well worked short corner. Olly Spragues delicious near post cross was met squarely by McCoy whose firm header flew six inches over the bar.

Toby Little fashioned a sweetly struck 20 yard volley on the end of a steepling ball that came down with snow on it but he maybe connected too well as the ball flew straight and true into the arms of Williams who barely had to move. 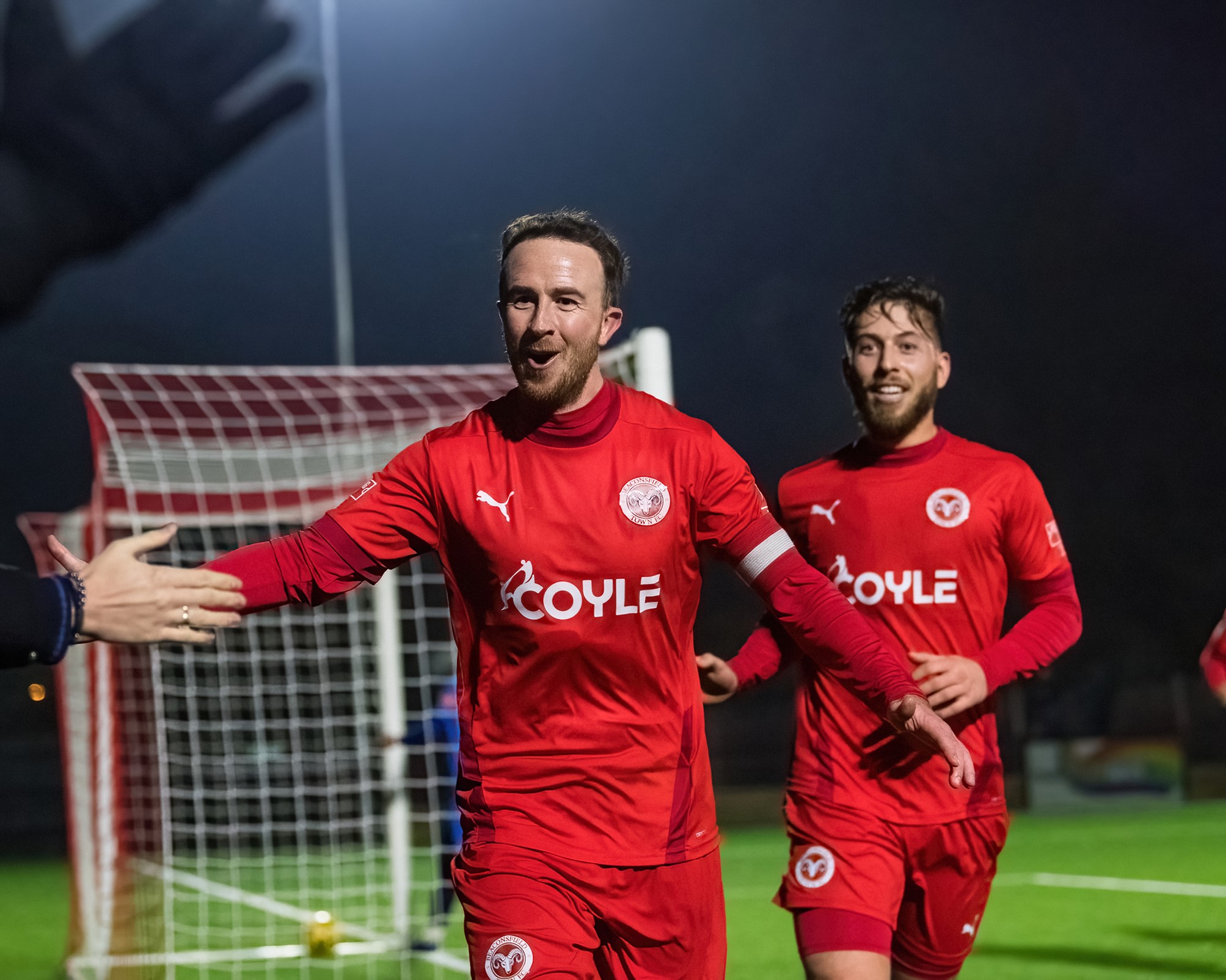 McCoy and Sinclair capped driving runs with efforts that flashed into the side netting but the pressure eventually told when the ball fell to Little just inside the box and he picked his spot with aplomb and delivered the present all Ram’s fans wanted this Christmas, three points.

It wasn’t pretty at times but based on the second half performance The Rams were well worth their win. Importantly they demonstrated to their supporters and themselves that they are capable of mixing it with a physical opponent and grinding out a result without too much luck or assistance from the officials. The departure of Scott Donnelly left a hole in the midfield no doubt but it also created an opportunity. Aaron Minhas has grabbed it with both hands. The added energy and industry in midfield he has provided has the Rams finishing strongly where once they may have held on with tired legs and Matt Harriott is now backed up by Dan Bradshaw who provides energy enthusiasm and just the right amount of competitive edge from the bench.

Next up the Rams take their Christmas jumpers, turkey sandwiches and satsumas to high flying Hayes and Yeading for the first of two Holiday fixtures against some of the divisions best performers. Met Police visit Holloways Park on 3rd January.

“Happy Christmas to all, and to all a good night!”