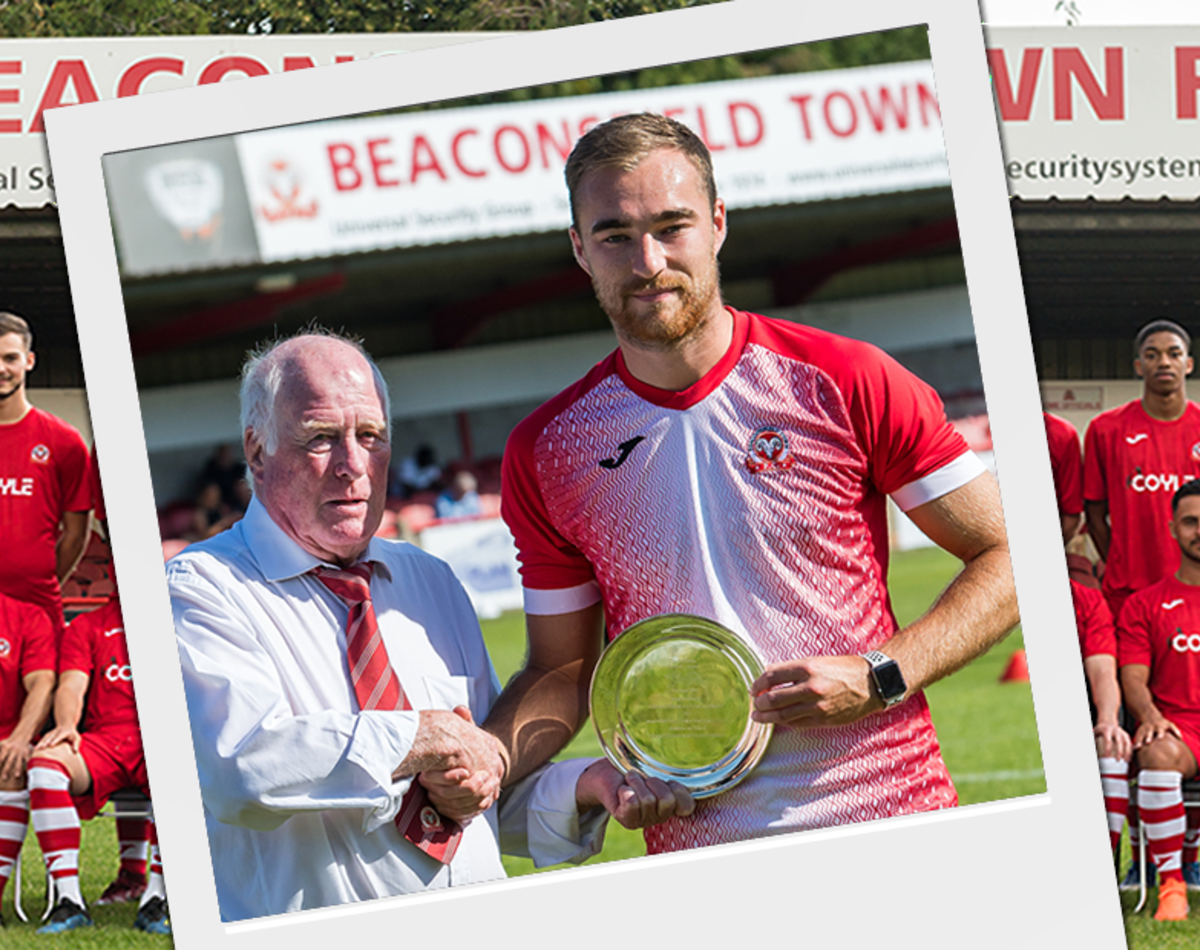 Rams defender Luke Neville recently became the first player to make 100 appearances for Beaconsfield Town. Luke, pictured receiving  a commemorative award from club President Dave Piercy, joined The Rams in the summer of 2017-18 and played a major part in the Championship winning side of that season and is still very much one of the first names on the team sheet.