Man of the Match Olly McCoy’s 71st minute strike was enough to give Beaconsfield Town
a win over Kings Langley at The Orbital Fastners Stadium on Tuesday evening and was
just about what their gritty if disjointed performance deserved on the night, in this season’s
first appearance of, pauses for the football cliche claxon, a veritable game of two
halves.

The Rams settled quickly and whilst the possession was fairly evenly shared in the first
half it was the visitors who dominated the goal mouth action with a succession of
presentable chances. 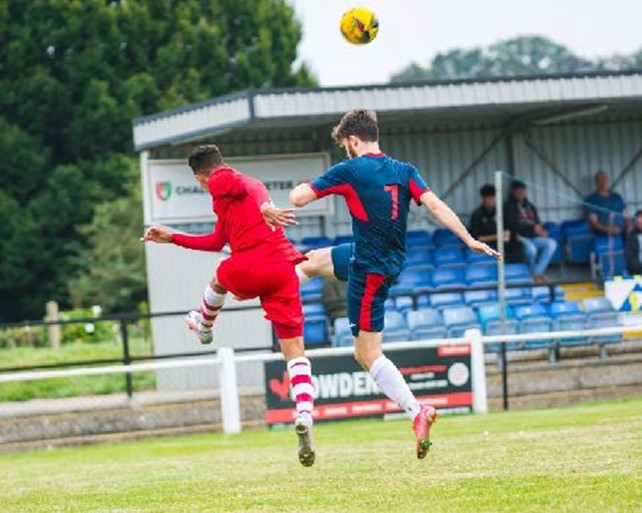 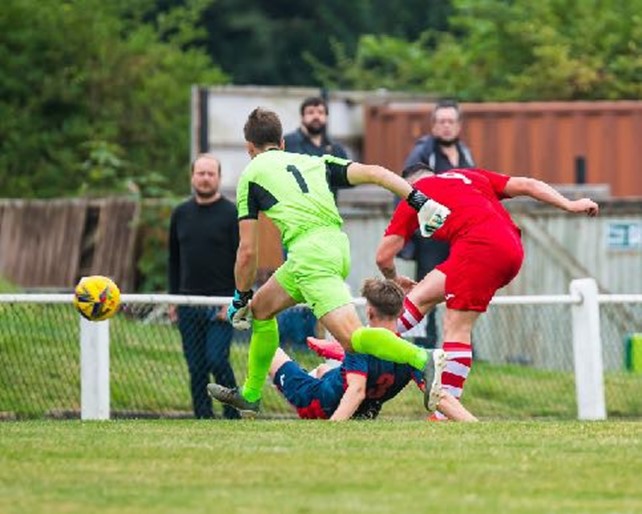 As the half wore on the more Scott Donnolly and Harrison Bayley dominated in the centre
of the park. Up front Jefferson Louis put in possibly his most effective half of football in a
Rams shirt, winning almost everything that came near him in the air and providing the
ammunition for Kensley Maloney, Aaron Minhas and McCoy who buzzed around him with
crisp interplay and passing. It seemed that the opening goal had to come.

A belief strengthened, when the home side were forced to replace Jake Howells who
limped off with an apparent shoulder dislocation after 28 minutes.

At the other end Beaconsfield were also forced to re-organise as Babs Jarra went down
and was removed as a precaution with a tweaked groin. He was replaced by Callum
Webb. 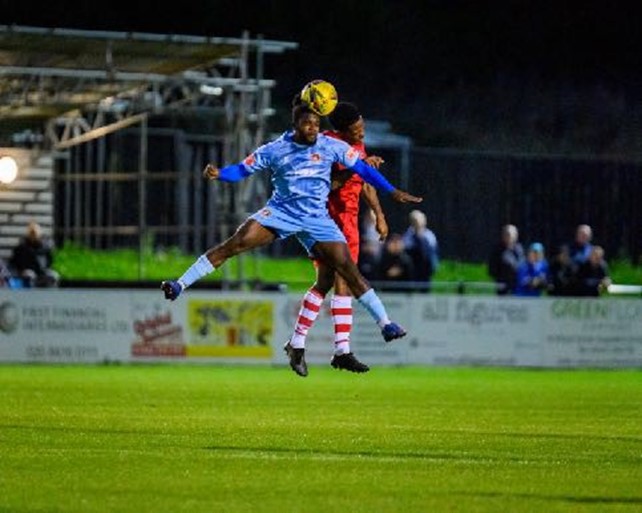 In truth though Alfie Marriott in the home goal was only extended twice, beating down a
fierce Kensley Maloney drive and claiming the rebound ahead of Maloney and Louis. Later
he plunged low to his left to turn away Alex Lafleur’s angled drive after half an hour.

The home side had their moments and Leo Farruch and Louis-Michel Yamfam in particular
offered pace and trickery all night without ever extending Alex Tokarczyk, making a
quick return to Kings Langley having played there last year.

As the half came to an end the change of personnel at the back lead to some indecision
between Marcus Johnson-Schuster and Alex Tokarczyk and Yamfam almost nipped in but
fortunately for The Rams the ball carried to the big keeper who was able to clear. 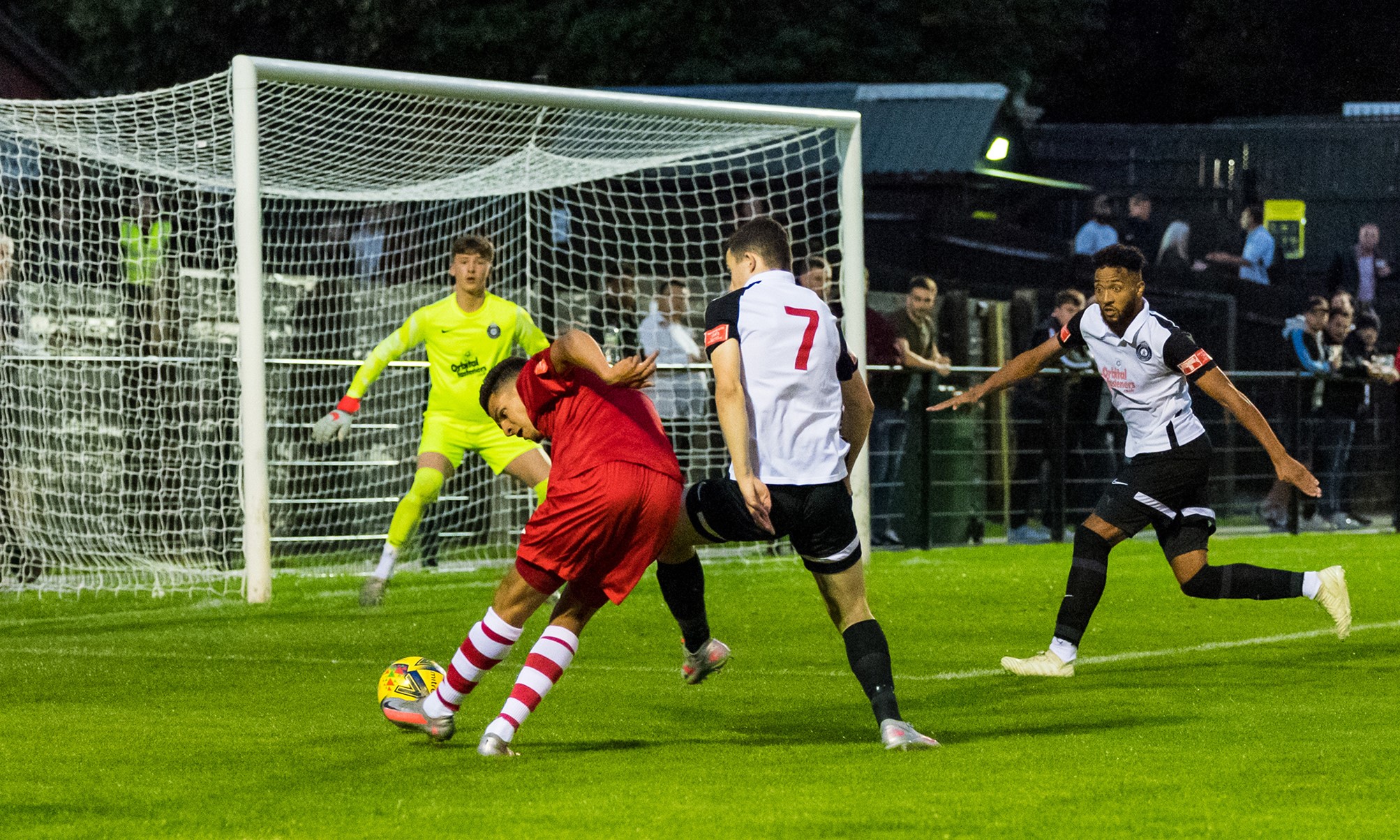 Chances were few and far between in the second period.

The home side came out with much greater energy and effort. They were on the front foot
from the whistle. In contrast, The Rams cohesive play of the first half was replaced by an
error strewn and nervy funk which they struggled to get out of.

For the most part though they kept their shape and discipline and limited the home side
to speculative efforts from distance and a number of corners from which they never really
threatened.

Gary Meakin introduced Toby Little for Harrison Bayley. Little enjoyed an eventful first five
minute’s action - in his first challenge he received an ankle knock that required lengthy
treatment and his send tackle resulted in a yellow card for a foul on the ever eager
Farruch!

Meakin then sent on Dylan Kearney for Jefferson Louis who was showing the signs of his
first half exertions. Kearney immediately set about harrying and pressing with his customary
beligerent style and without ever recapturing the spark of the first period The Rams
began to re-establish some composure and creativity in the midfield and particularly up
the flanks.

The home side remained in the ascendant though and carved out their best opportunity
from a wide free-kick. The delivery evaded everyone and found Roderick Collins patrolling
on the edge of the box. As Maloney closed the space to challenge, the Langley skipper
sent in his shot but didn’t catch it as cleanly as he would have wished and directed it
straight at Tokarcyzk who made a comfortable save.

Enter McCoy who had been busy all evening hustling young full back Elijah Hearn at
every opportunity. So much so that Hearn was clearly struggling with the effort. After 70
minutes he sank to the floor with cramp. When he had been treated by a colleague he
wandered gingerly to his wing but still not moving well. When he sat down again un-noticed
by his back four colleagues, 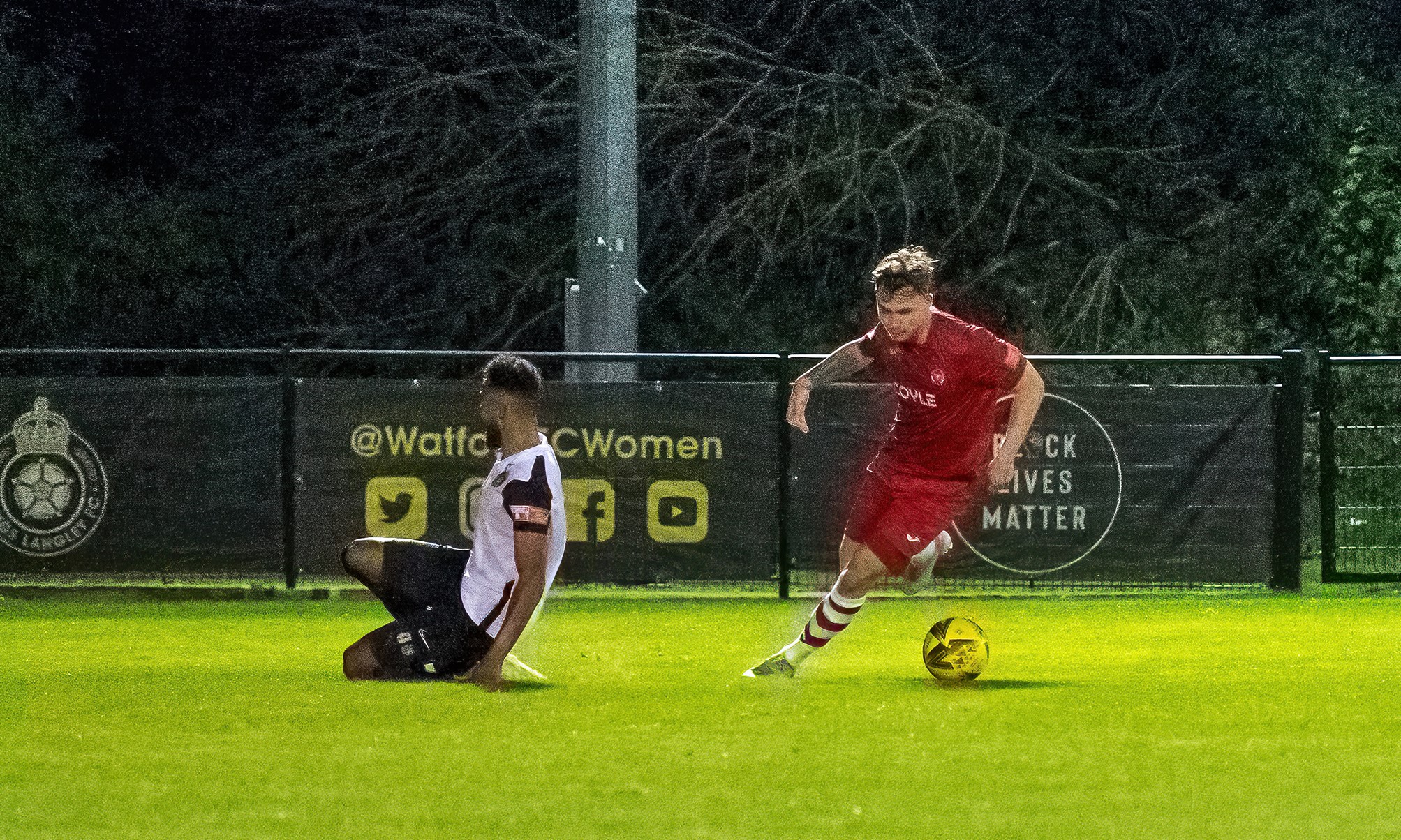 Donnelly and McCoy pounced to beat the fracturedoffside trap and McCoy bore in on goal. He still had a bit to do. As he drove in on the angle centre half Jorell Johnson closed in to make a last-ditch challenge. McCoy sat the big
defender down with a perfect drag back before advancing to stroke the ball past Marriot.

Kings Langley continued to press but their efforts became increasingly frantic and although
there were a few potential nervous moments, particularly when Farruch was on
the ball, they negotiated the final 20 minutes with few alarms and with a little more composure
in possession could probably have increased their lead on the counter. 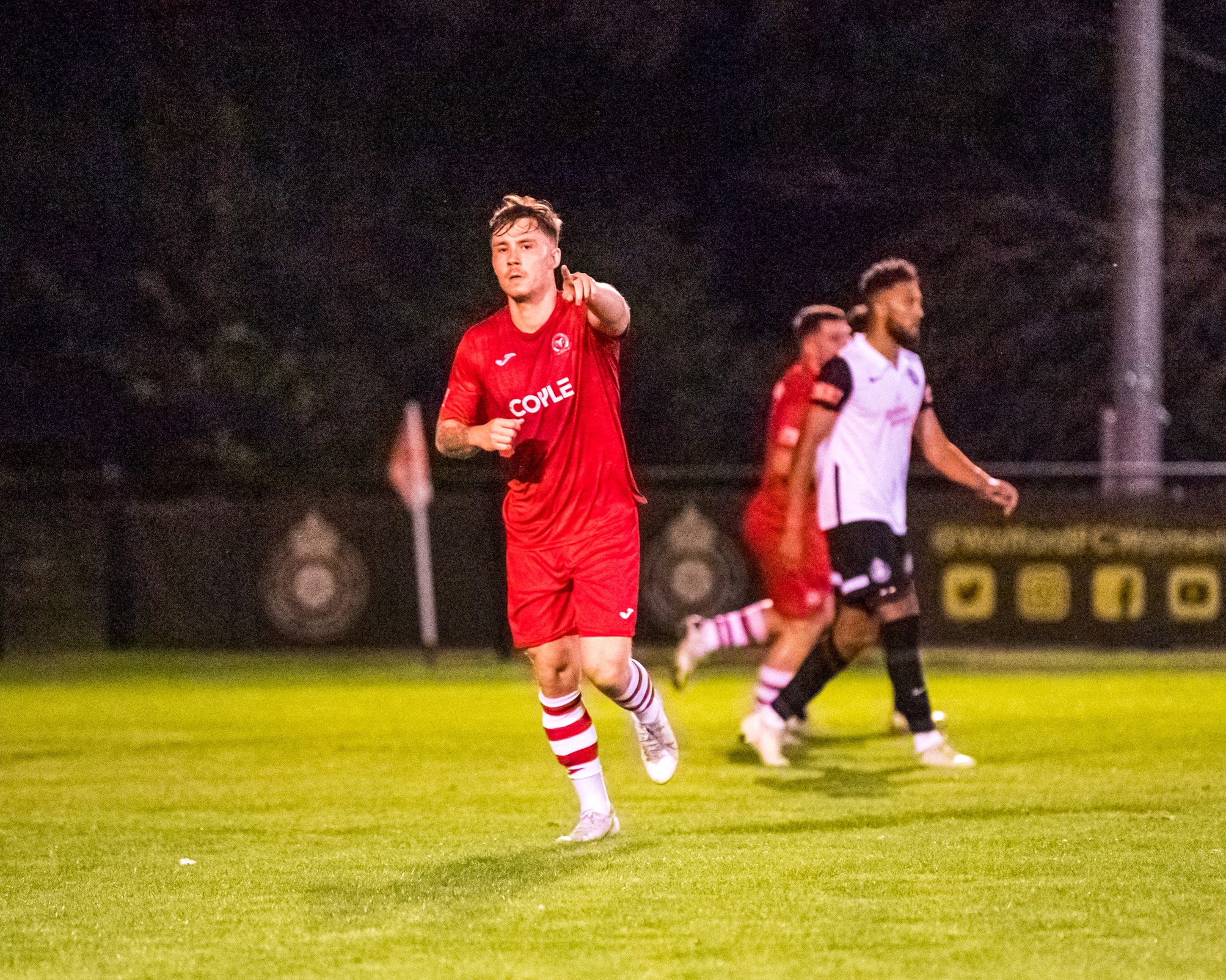 In the final analysis a gritty committed display from The Rams who ground out a win that
their first half efforts probably deserved. The home side can have few complaints. They
will need to find someone to provide the goals that McCoy is supplying for The Rams.
His goal record now stands at two in two in the League and four in four if we’re including
friendlies. I imagine he is. Long may it continue.

Next up is a trip to Tiverton on Saturday