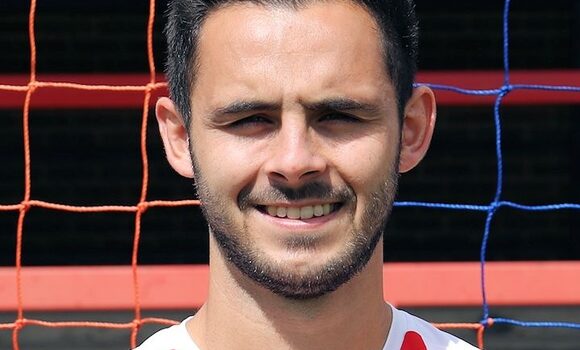 Beaconsfield eased into the next round of the Emirates F.A. Cup with a second half demolition of Wantage Town. They now face Ryman North side Witham Town at Holloways Park on Saturday 17th September in the Second Qualifying Round.

It has to be said that there was little evidence of the performance to come in the first 45. The Freds lively Nick Kalakontis shot just over on two minutes but generally the first half hour or so saw the defences on top, Guri Demuria for The Rams, in particular, carrying on his fine form from the first game.

The opening goal came on 29 minutes when the busy Ollie McCoy sent in a cross from the left that eluded everyone to nestle in Eddie Cavanaugh's goal. Mostly though Beaconsfield's tendency to overplay brought an end to their most promising moves.

Whatever was said at half time had the desired effect on The Rams as within ten minutes of the restart they were three goals up! On 53 minutes Nathan Minhas slotted home after following up when Cavanaugh could only palm the ball away and then on 56 minutes McCoy got on the end of a defence splitting pass to chip the Wantage keeper, his effort going with the help of the bar.

The Wantage cause was not helped on the hour mark when Kai Robinson was sent off for throwing Aaron Minhas to the floor and then doing likewise to a protesting Ryan Hill.

The ten men Freds then got themselves a lifeline on 61 minutes as Harvey Scholes waltzed through The Rams defence with ease to slot past the previously untroubled Jake Soutter.

However, just as he was about to replaced, Nathan Minhas chalked up Beaconsfield's fourth with a close range effort that went in via a post. Beaconsfield then really turned up the pressure on Wantage, McCoy going close on a couple of occasions to scoring his hat trick. Guri Demuria scored No.5 with a header from a 77th minute corner and after Josh Dillon had scuffed a couple of very good chances Charlie Losasso scored the goal of the game with a 30 yard screamer on 83 minutes - another Goal Of The Season contender along with Nathan Minhas second one at Kidlington!

Having played four games so far in the F.A. Cup Beaconsfield have now equalled their best ever run by reaching the Second Qualifying Round. Play like they did in the second half and they could well be setting a new club record.