RAMS DO DOUBLE OVER RAMS!

RAMS DO DOUBLE OVER RAMS! 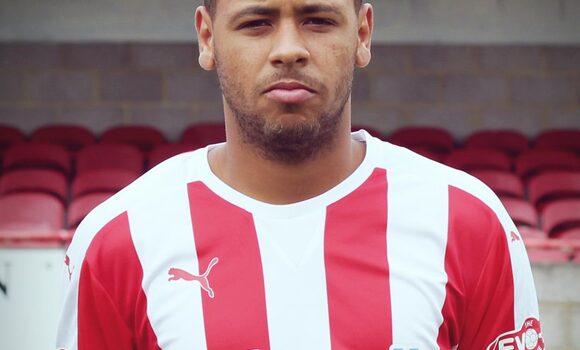 On a rain drenched evening on a mudpack of a surface The Rams of both Petersfield and Beaconsfield put on a very entertaining game with the visitors emerging victorious and so completing a league double over their hosts.

The first ten minutes were all Beaconsfield and they had an effort hacked off the line in the first 120 seconds whilst Aaron Berry had a shot well saved two minutes later. The Beaconsfield forward will be wondering how he missed on seven minutes - a great run by Tope Fowudu saw a perfect cross at Aarons feet but from two yards out he miscued horribly.

Failure to score when on top bit the Beaconsfield Rams on twenty minutes when a ball over the top of the defence saw Oliver Bailey run on and finish in style. Sam Bunting made a good save on 25 minutes whilst two minutes later Tope Fowudu forced Anthony Ender into a good save when a goal looked more likely. He wasn't the only one to spurn a scoreable opportunity as Bailey also put one wide when well placed to have extended his sides lead.

The second half began with Sam Bunting making a brave save at the feet of the Petersfield No.11 whilst on 58 minutes the Beaconsfield stopper was relieved to see a free kick hit his post and the follow up fall into his arms.

On 65 minutes Beaconsfield deservedly drew level as some good build up play - not easy on the mud pie pitch - saw the ball come to Aaron Berry who made up for his earlier miss with a smart shot past Ender. Four minutes later Berry saw another effort met with a fine save by the Petersfield No.1

Beaconsfield were well on top and on 72 minutes went ahead when a lovely free kick by Tris Campbell hit the underside of the bar and into the net off the back of Ender. An element of luck for sure but thoroughly deserved.

Ash Artwell, Lee Togwell and Callum Bunting all had further efforts thwarted by Ender as the (Bucks) Rams tightened their grip on the game to come home with all three points.

Followings Saturdays point at Royston this was another good away day for Beaconsfield and moved them up to a respectable ninth place with a 52 point haul.