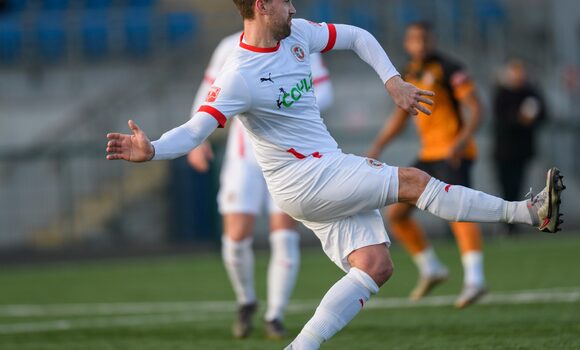 Walton Casuals adapted better to the conditions, capitalised on perplexing refereeing decisions and took the chances they created to account for an out of sorts Beaconsfield Town ln Saturday at the Elmbridge Xcel Sports Hub.

New signing from Bognor Regis Jordy Mongoy marked his debut with goals either side of half time as The Stags ran out comfortable 3-0 winners.

Despite winning the toss and electing to play with the strong wind at their backs, the visitors never came to terms with the blustery conditions at a windswept Elmbridge Sports hub. There was precious little quality to admire as the ball, which probably needed treatment at half time, was belted from one end to the other, tossed this way and that on the swirling breeze.

The best early chance went to Walton, Tom Birds free-kick evading everyone, dropping wide when any touch would have caused problems for Ryan Hall. Then Mongoy narrowly failed to get on the end of Daniel Rowe’s cross at the far post and Calum Webb cleared to safety.

New Rams signing Liam McDevitt dominant centre half credentials were tested to the full as hoof and head tennis ensued. 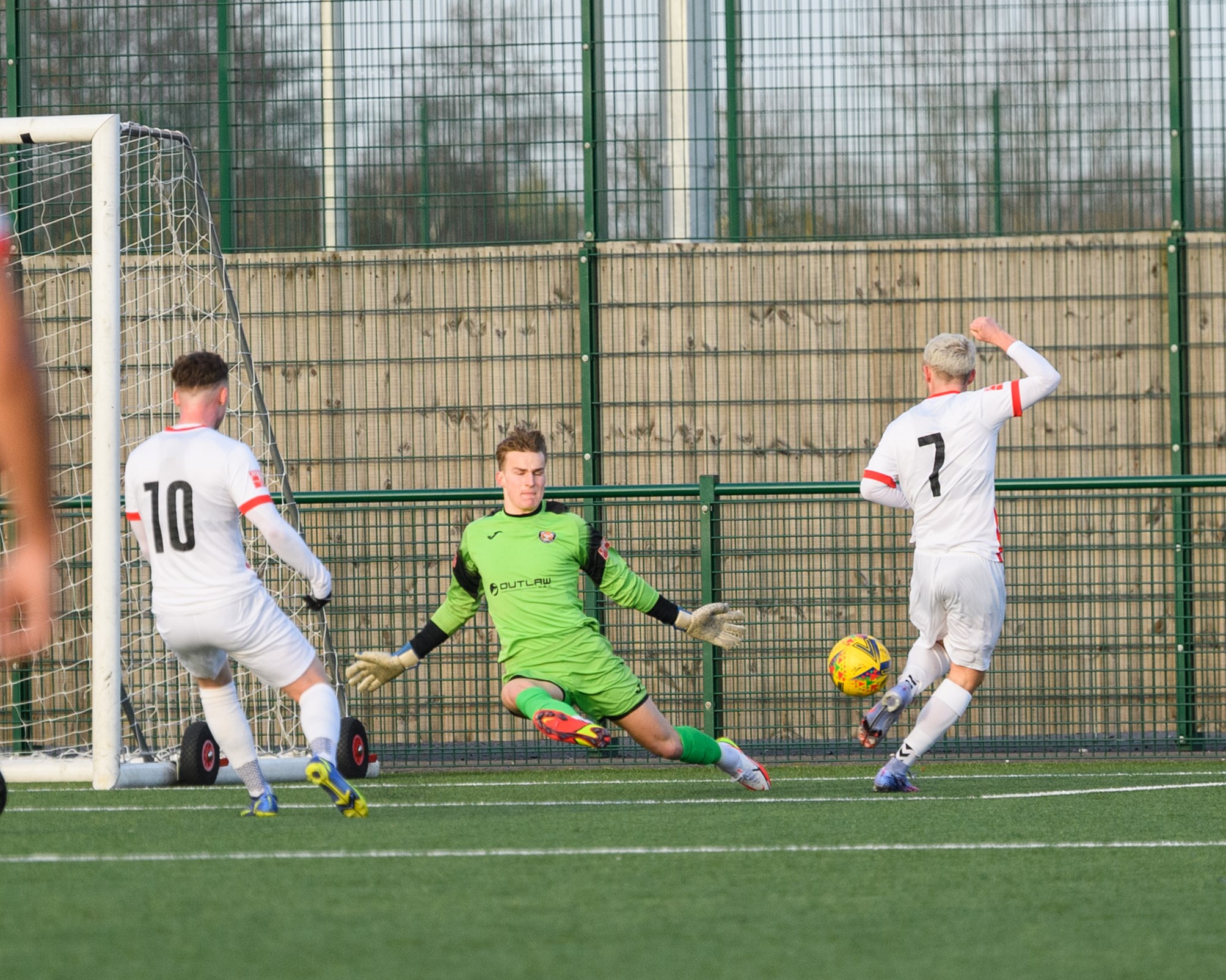 Despite the supposed advantage of the elements The Rams struggled to sustain any pressure. They stuck to their football but the wind, the shinny surface and picky refereeing confounded them. Their best passage of the play came from one of their few moments of quality, controlled possession culminating in Nathan Minhas drawing a sprawling save from Jacob Adams. Dan Bradshaw was quickly on to the rebound but Adams was up quickly to narrow the angle. His block of Bradshaw’s effort span towards goal but Bird was on hand to block desperate attempts to force the ball home.

That was as good as it got for The Rams.

Mongoy opened the scoring on 35 minutes, Brad Keetch turned in midfield and with the clear assistance of his arm shifted the ball away from his marker and fed winger Wilson Carvalho. His low cross was met at the at the far post by Mongoy who forced it home as Beaconsfield scrambled to recover from waiting for the hand ball to be penalised.  Referee Thomas Holden turned away their appeals on the basis that he did not feel the offence was deliberate.

I’ve carefully avoided too much referee critique this season. I’m trying to mellow in old age. That said the overall standard still leaves much to be desired and its fair to say on this showing Mr Thomas isn’t helping the average. Worse though on this showing he’s doing it with the sort of, sometimes right, sometimes wrong, always certain, arrogant condescension that seems almost calculated to infuriate.

Mongoy added to the visitors misery immediately after the break volleying home Thomas Birds deep cross at the far post.

Beaconsfield were not without opportunities of their own but Adams was barely extended as the ball again spent a disproportionate amount of time flying around above head height or bouncing and spitting off the surface.

Despite misfiring the Rams continued to try to get going but never came to terms with conditions or the physicality of the opposition who seemed to relish the conditions.

Ansu Janneh completed Beaconsfield's misery, slotting home after Dan Bradshaw was dispossessed in a strong challenge from behind which somehow went unpenalized. On this occasion everyone stopped and waited for the whistle. Unfortunately for The Rams while 22 on pitch voters waited for the free kick the only vote that counted was cast for play on.

A day to forget for The Rams

Next up they travel to Salisbury for the novelty of a game of football on grass. First since 27th December and the visit to Hayes & Yeading United.