Rams flatter to deceive at Hendon

Rams flatter to deceive at Hendon 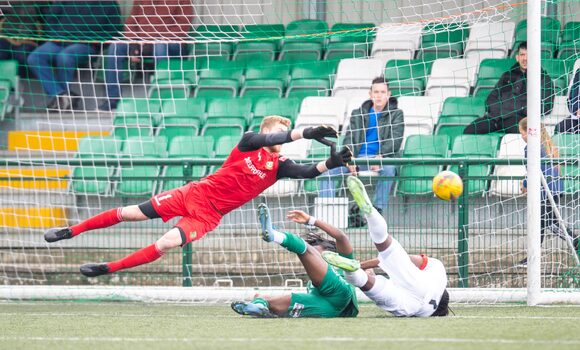 All football supporters will reflect fondly on the games that cemented their love of the beautiful game, fired their passion and live forever in the soft focus newsreel montage of memory.

Fair to say Saturdays capitulation at the Silver Jubilee Park won’t be one of those for Rams fans.

The early signs were good but ultimately, despite a promising start and a first half they completely dominated The Rams challenge melted away like the April snow shower and never reappeared after the break. In an all too familiar fashion the visitors created a raft of good openings but failed to capitalise, without really requiring any real heroics from Ethan Wady in the Hendon goal.

Matty Harriott curled a speculative effort narrowly wide of the far post with Wady scrambling and Aaron Minhas forced the keeper to turn away a low shot with a regulation save at the other post. 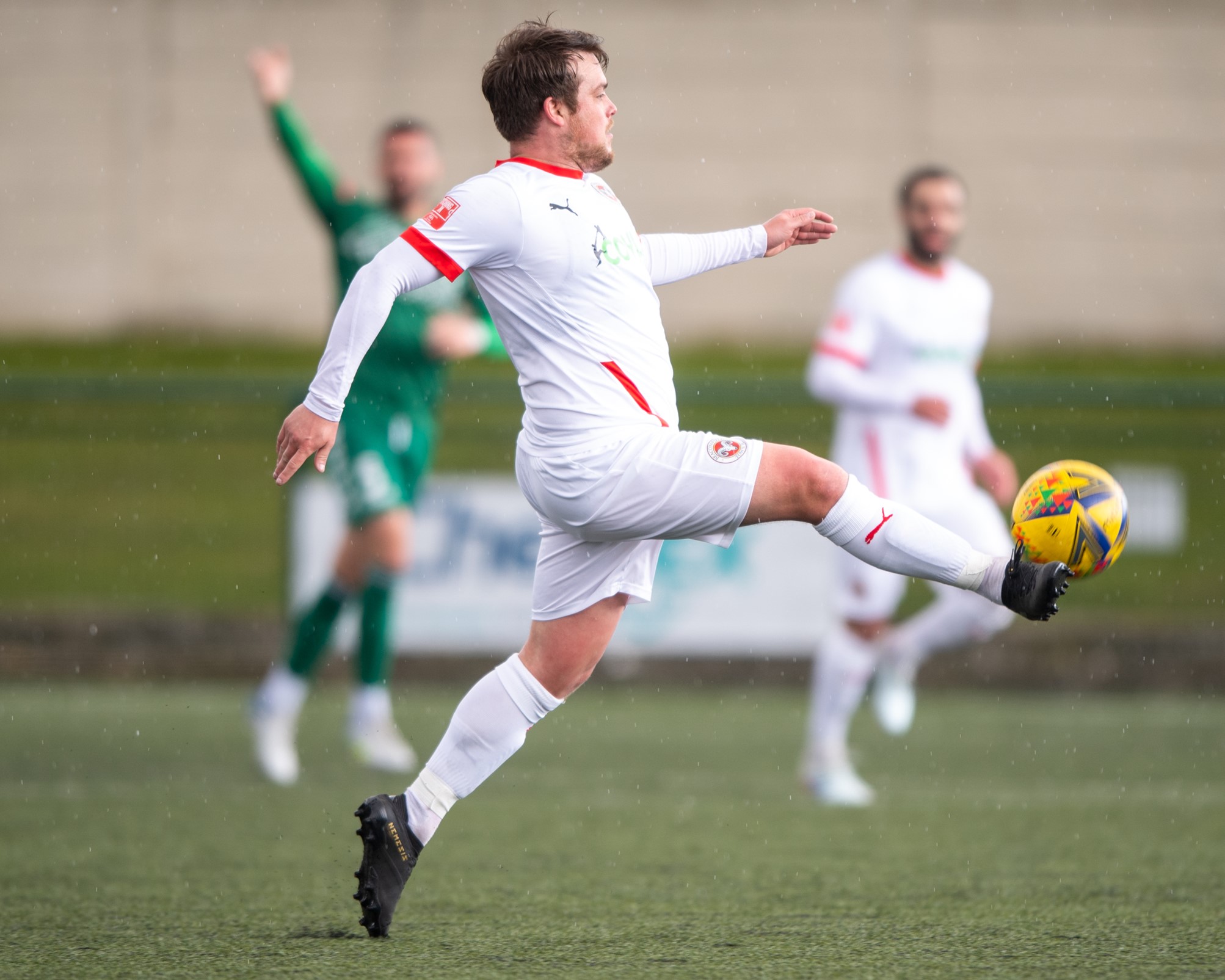 The Rams still went in confident at the break as their hosts had offered little in the first period, squandering the best chance of the half failing to convert a two on one when Erin Kinali somehow contrived to run into an offside position despite space and time and no mission of a covering defender. 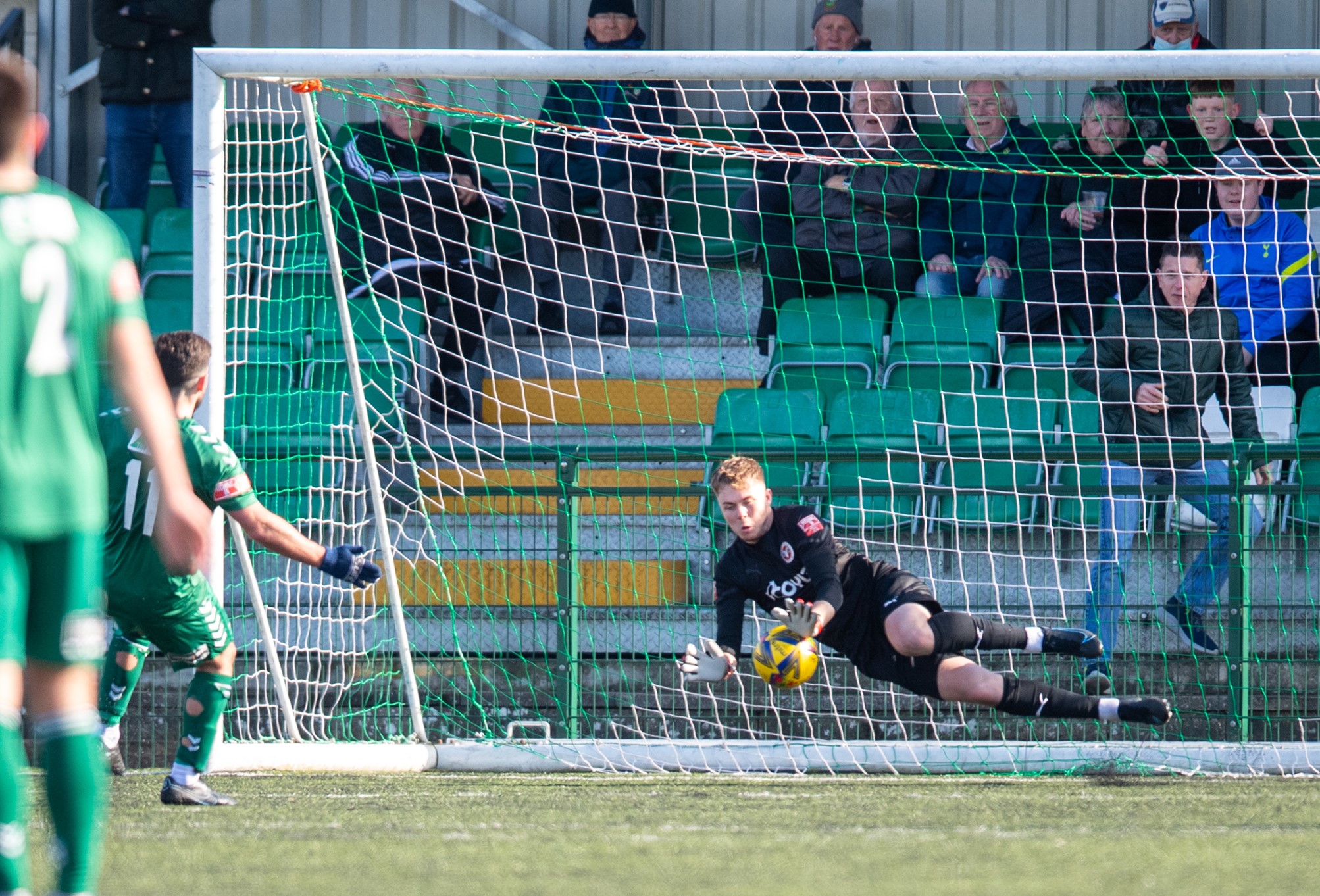 Kendall Atagyamfi replaced Samir Bajja at the interval and immediately gave notice of the home sides altered approach. Size, pace, direct running and greater physicality immediately created problems for The Rams. Who initially continued to press themselves but soon found themselves pressed back and penned in.There wasn’t exactly an air of inevitability about the remainder of proceedings.

However, once the referee had adjudged that Atagyafemi’s slow motion over balancing and falling to the rubber in instalments was enough for a penalty, the die was caste.

Kinali atoned for his first half howler though Ryan Hall will be disappointed that he failed to keep out the wingers fairly average penalty.

From the moment the ball struck the net, I challenge any Rams fan present to say they had any confidence of a fight back. 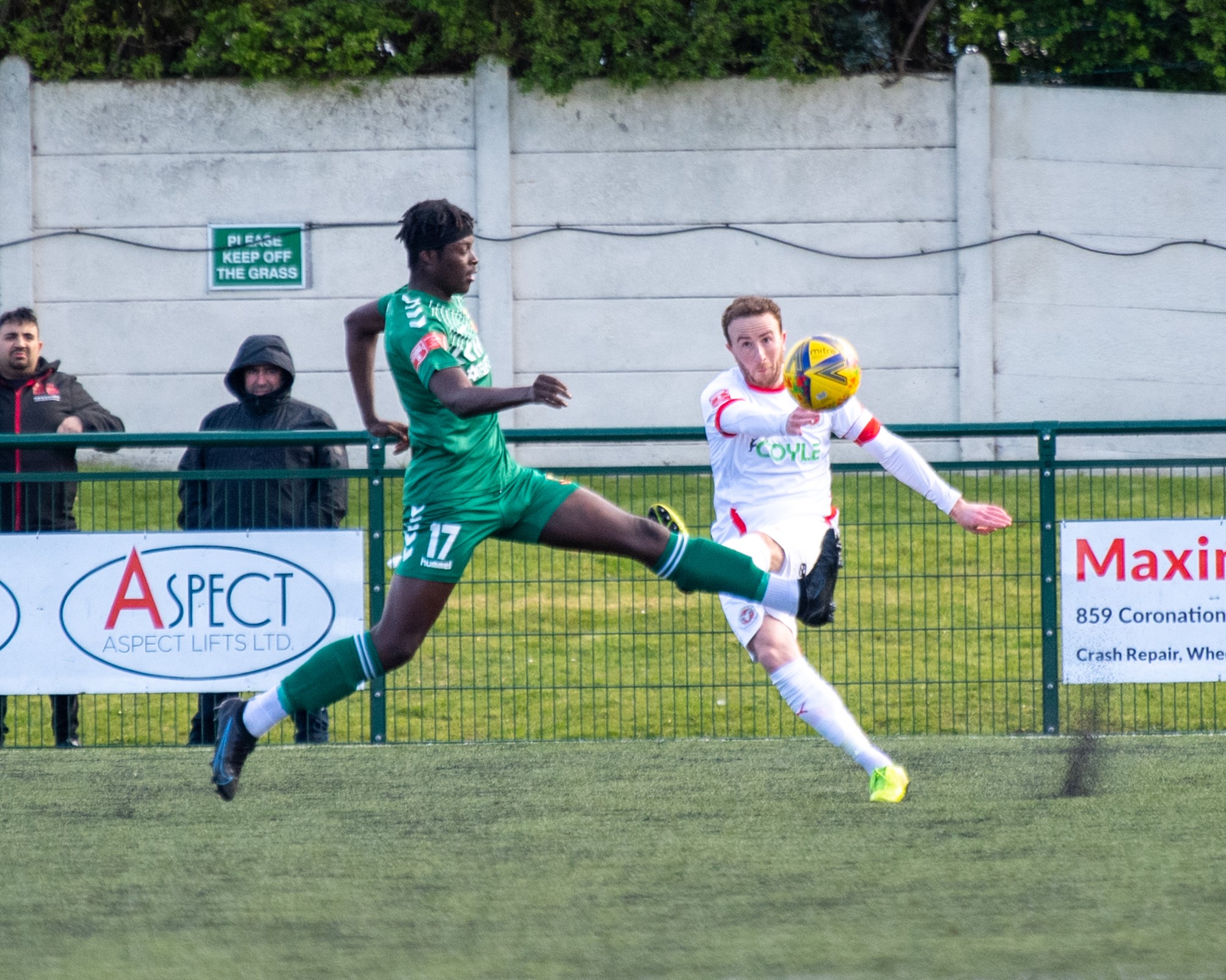 It was one of those late season afternoons a dead rubber appropriately for a venue, no jeopardy and a long season in the legs.

Five minutes later any doubt was extinguished, Kinali turned provider, driving to the byeline and pulling a low cross back across goal where Frank Keita was on hand to drive ith home with relish at the far post.

We could have all gone home at that point as the pre match bright sunshine and the game meandered uneventfully to its anti-climax.

Toby Little came close to a late consolation curling a Freekick inches wide and Olly McCoy also drew a late save from Wady but the second half display on the whole would be best described as unconvincing. 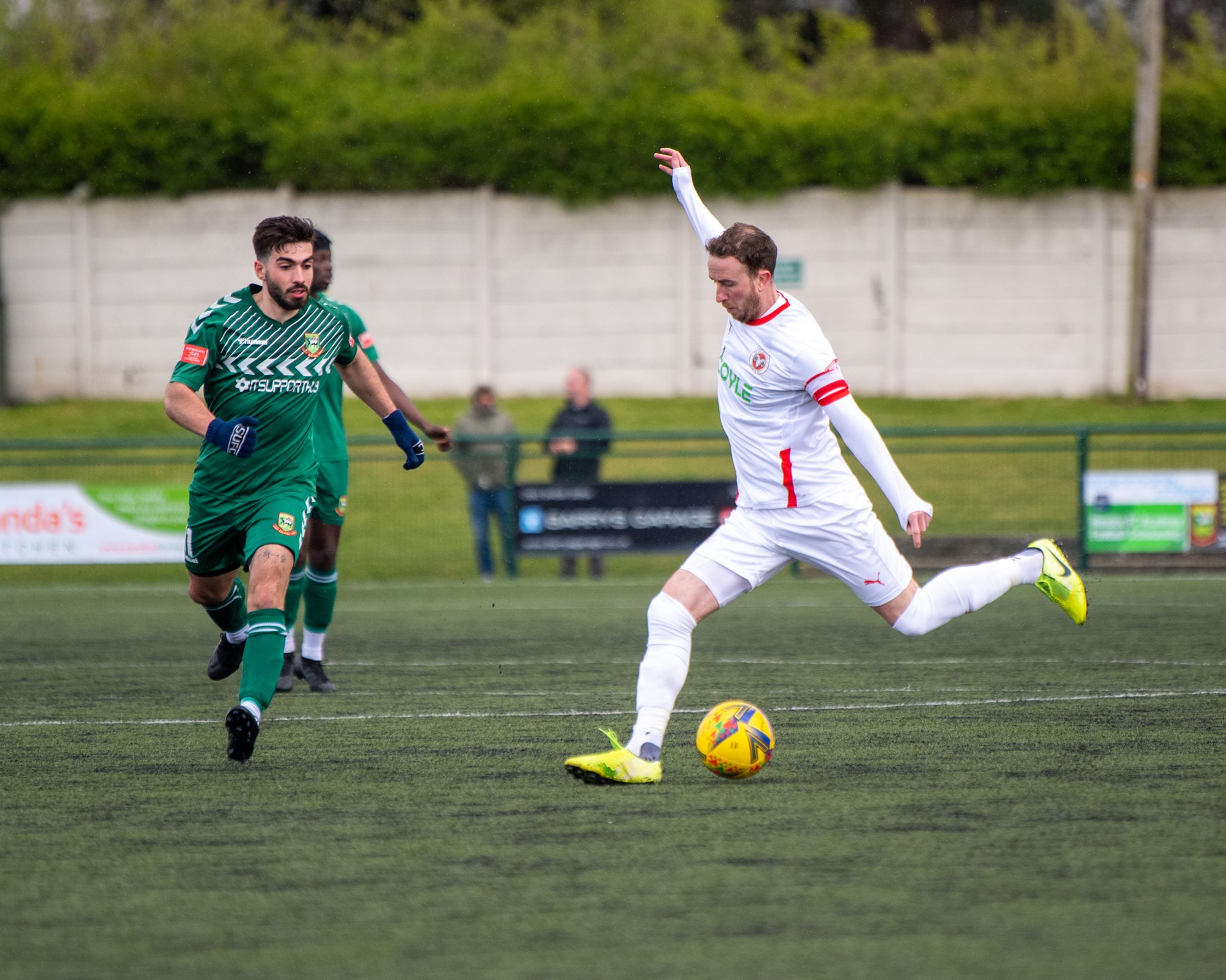 Next up The Rams entertain Tiverton at Holloways Park on Saturday 9th April.