RAMS LOSE OUT TO EAGLES

RAMS LOSE OUT TO EAGLES 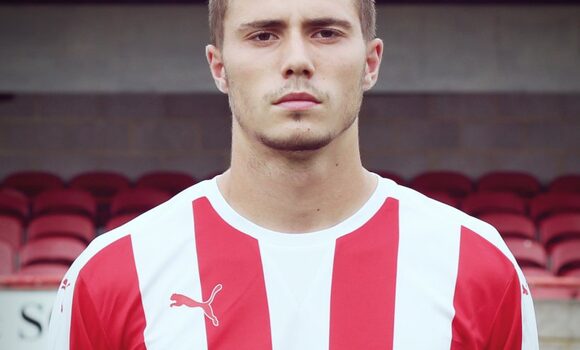 In the only Central Division game to survive the bad weather, both Bedford Town and Beaconsfield Town FC put on a great advert for football at Step 4 level (and kudos to Ref Mr Forrester and his team who also did their bit to let the game flow)

Ash Artwell fired the first shot in anger for The Rams on 10 minutes and this was followed by a header just over a minute later by Bedford's Mor Diop. The lively Soloman Sambou then gave The Eagles the lead on fifteen minutes when a free kick from the right was nodded down for the forward to shoot past Brendan Hazlett.

Sambou also had a great chance on 38 minutes with a twisting run that left the Beaconsfield defence for dead but his shot was blazed over. Just before half time, though, the hosts did add a second when Beaconsfield failed to clear their lines after a corner and Josh Beech was a able to place the ball past Hazlett.

Manager Geoff Warner obviously worked wonders in his half time team talk as Beaconsfield looked threatening the moment the whistle went for the second period. On 47 minutes they pulled one back when the busy Ash Artwell was set up by a great pass by Guri Demuria and The Rams newcomer jinked his way through The Eagles defence to put a shot beyond the reach of Tyler Reading. Three minutes later Beaconsfield were level when the hard working Sam Deadfield made space on the left to run into the area and curl an effort beyond Reading.

The next few minutes saw The Rams well on top with efforts by Aaron Minhas and Sam Deadfield all going close to giving them the lead and an Artwell effort on 56 minutes bringing out a good save by Reading. However, the next goal came from the home side as a weak Beaconsfield challenge allowed a cross to come in that eventually ended up at the feet of James Peters who shot through a crowded area to restore Bedford's lead.

Beaconsfield stuck to their task and played some quality one touch football (that even drew praise from the watching Arlesey Town team management) with Artwell, Deadfield, Minhas and Lee Togwell in particular all showing what excellent players and readers of the game they are.Try as they might, though, the equalizer never came and Bedford were pleased to breathe a sigh of relief at the final whistle.

Despite returning without any points The Rams should be consoled by the excellent second half performance and two very good goals. Play like this and they will win more than they lose.