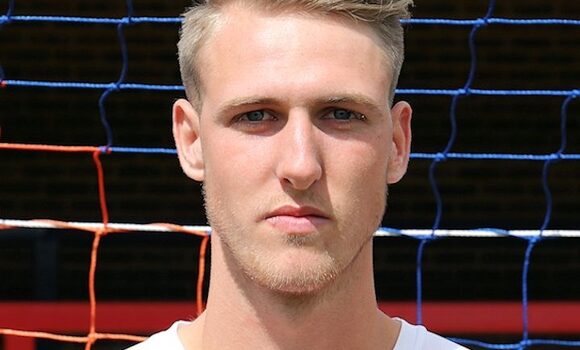 Beaconsfield's losing streak extended to six matches as hosts Aylesbury twice came from behind to deservedly take the three points against a makeshift Rams.

Jack McKnight had the games first half chance, bringing out a fourth minute save from Ashley Jenkins. Andre Olukamni, The Moles lightning fast winger, gave Beaconsfield plenty of problems in the first half, his fifth minute run and shot across goal one of many uncomfortable moments for The Rams defence.

Beaconsfield 's best player on the night, Charlie Losasso, hit a lovely free kick against the Aylesbury bar on 27 minutes and for once the ball came back to a Beaconsfield player as Callum Bunting slotted home the rebound. The lead lasted only three minutes though as ex-Ram Jon Montgomery floated in an inch perfect cross for Adam Dickens to head past Sam Bunting.

Losasso hit the woodwork for a second time on 37 minutes when he pounced on a miskick to swivel a shot that left Jenkins rooted to the spot. Two minutes later Beaconsfield retook the lead as a mishit cross by Tris Campbell found it's way to the head of Callum Bunting to nod past Jenkins and give Beaconsfield a half time advantage.

A decent move by The Rams on 53 minutes saw Nathan Minhas bring out a good save from Jenkins and two minutes later Callum Bunting put an effort just wide. Mostly though it was The Moles on the offensive, Lee Stobbs a regular outlet and supplier of inviting crosses and Adam Dickens crashing an effort against the Beaconsfield post on 63 minutes.

A dreadful mix up between Sam Bunting and Komal Llewellyn-Reid on 65 minutes, however, saw sub James Faulkner able to watch his effort walk its way into The Rams net. Sixty seconds later it was nearly three for the home side but Sam Bunting was equal to Montgomery's effort.

The winner came on 80 minutes, Ollie Jones taking down Faulkner and ref Neal Templey correctly awarding a penalty which Faulkner converted with ease. Callum Bunting had a chance for a hat-trick on 90 minutes but his header sailed over the bar, a fate that also befell a shot from Rams sub Ehban Nancarrow.

Hopefully some of the injured and missing players will return to bolster The Rams squad. For sure they need something to help reboot the season and to stave off a potential relegation battle.