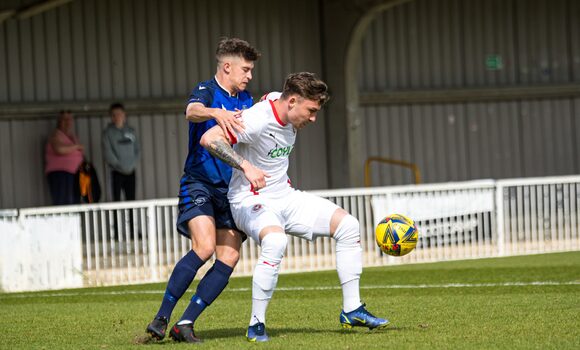 Beaconsfield’s defensive frailties were exposed again at Imber Court as The Rams fell to another bruising defeat against Met Police who secured a Play off place in the process.

Like Saturday’s final score, which didn’t really tell the full story, so the hosts here were somewhat flattered by the apparent ease of their victory. Beaconsfield gave as good as they got for an hour in this contest and but for some deeply naive refereeing the eventual magnitude if not necessarily the end result could have been very different.

The Met, who have struggled to put teams away at home of late, enjoyed a perfect start when Liam Ferdinand shaped a dipping lob past Mike Neish on eight minutes.

It was a well taken and well worked goal but had Mr Warren ever played at anything approaching this level he would have given an obvious free kick just inside The Rams half as Aaron Minhas was deliberately, albeit cleverly, leavered off the ball. 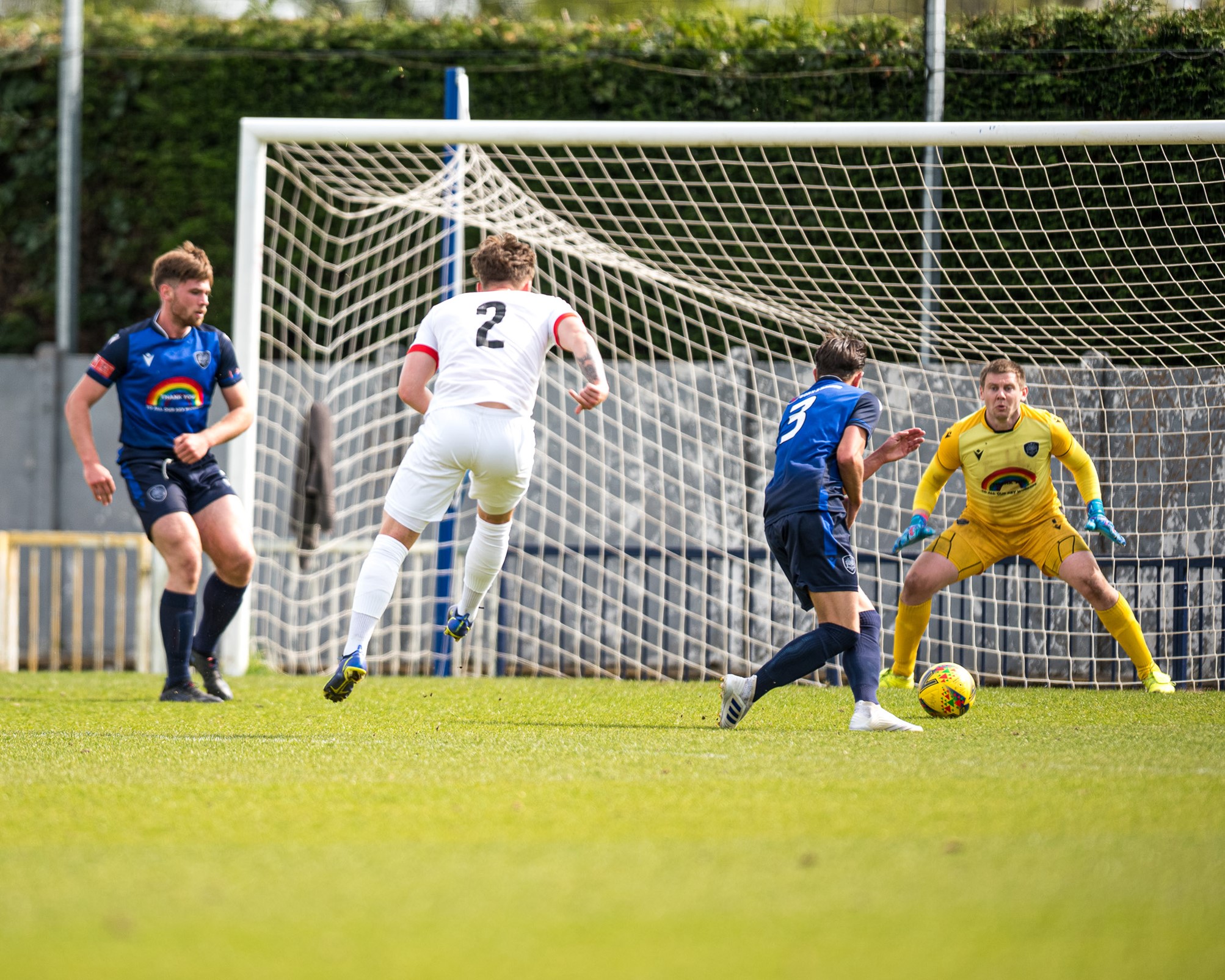 Three minutes later The Rams were level as Andre Chiriac created space between the midfield and back four before feeding Olly McCoy who drove in a low shot which seemed to nick off Alex Fisher as it flew past the unsighted Liam Beach.

Four minutes later The Met went ahead as Matt Harriott was harshly penalised 25 yards out. Herson Alves stepped up and curled his effort around the wall and into the bottom corner of Mike Neish’s net.

Beaconsfield finished the half the stronger. Nathan Minhas, picked out by Matt Harriott, dragged his effort wide and then narrowly failed to get on the end of Olly McCoy’s inviting cross. 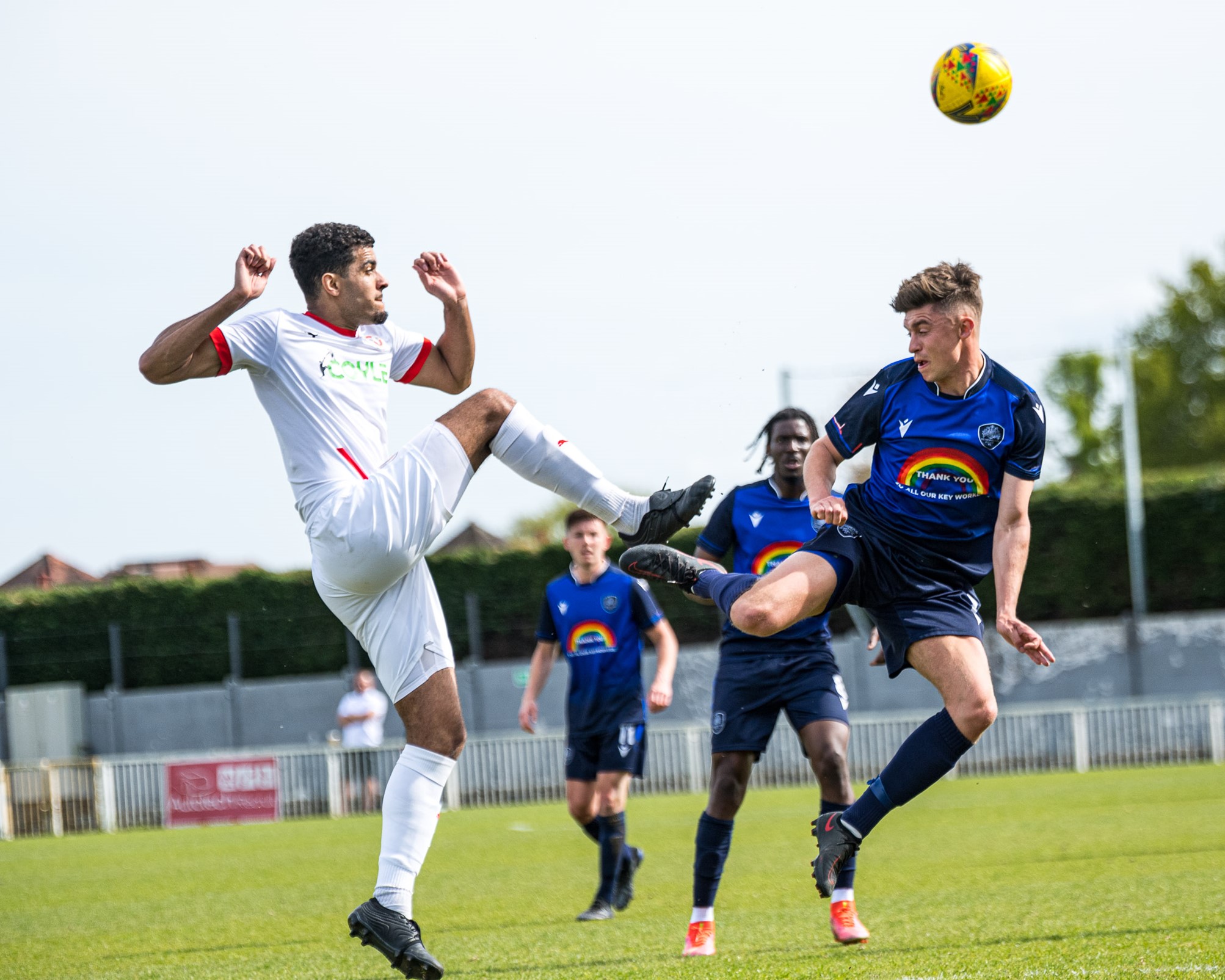 Then The Rams leading striker saw a low angled drive fly just the wrong side of Beach’s near post.

On the stroke of half time the keeper, who was the Mets outstanding player when the pair drew 2-2 at Holloways Park, produced an astonishing goal line block to preserve the lead.

Buoyed by the near thing at the end of the first half. Beaconsfield started on the front foot.

They were denied strong claims for a penalty when Andrei Chiriac’s cross struck Titov on the arm. Mr Warren’s central position made it impossible to give the decision as he was behind Titov and therefore unsighted. Had he placed himself to the side not covered by his linesman he may have given himself more opportunity to make the correct decision.

Moments later Beach collected a ball under pressure at the edge of the box. He lost his grip and as the ball bounced up and out of the area he caught again, apparently outside the box. Had assistant Mr Khan been paying attention it seems it would have been a straight forward decision but at the critical moment he’d been inclined back towards halfway presumably anticipating Beach clearing the ball.

Beaconsfield continued to press but bizarrely every time they forced a corner they appeared vulnerable to the counter. 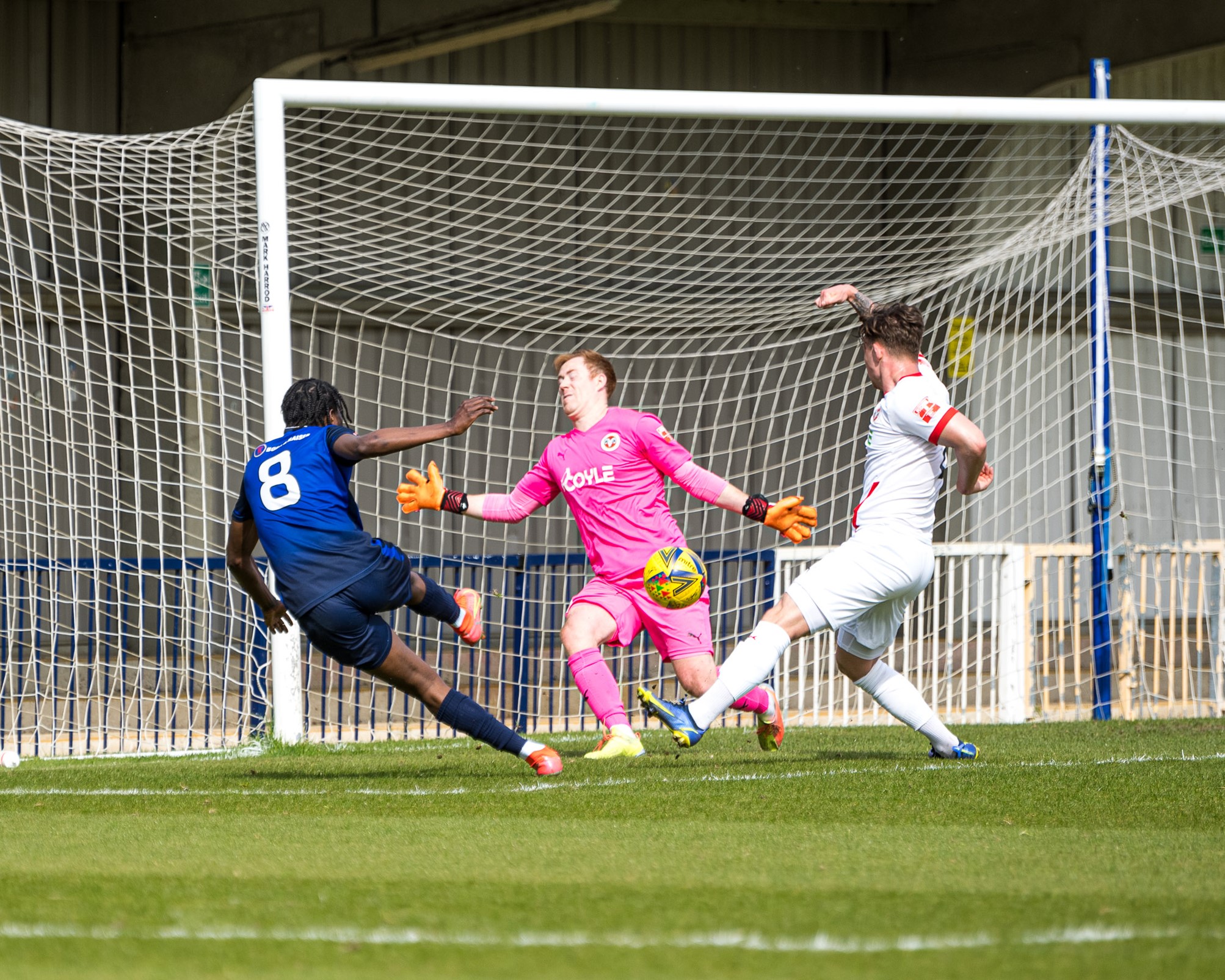 et pieces they were equally unable to organise their defence against the counter, to the point where Rams set pieces were somehow providing the best attacking opportunities for the hosts.

So it was on 58 minutes that Luke Neville had to make a 60 yard covering run and last ditch tackle after two Rams corners came to nothing. From their first serious attack of the half The Met capitalised as the resulting corner found its way to Sam De St Croix who fired home in splendid isolation from six yards.

Five minutes later it was 4-1 as a spot of “After you Claude” between Neish and his defence allowed Ferdinand to stroll through with time and space to roll in his second from 12 yards. 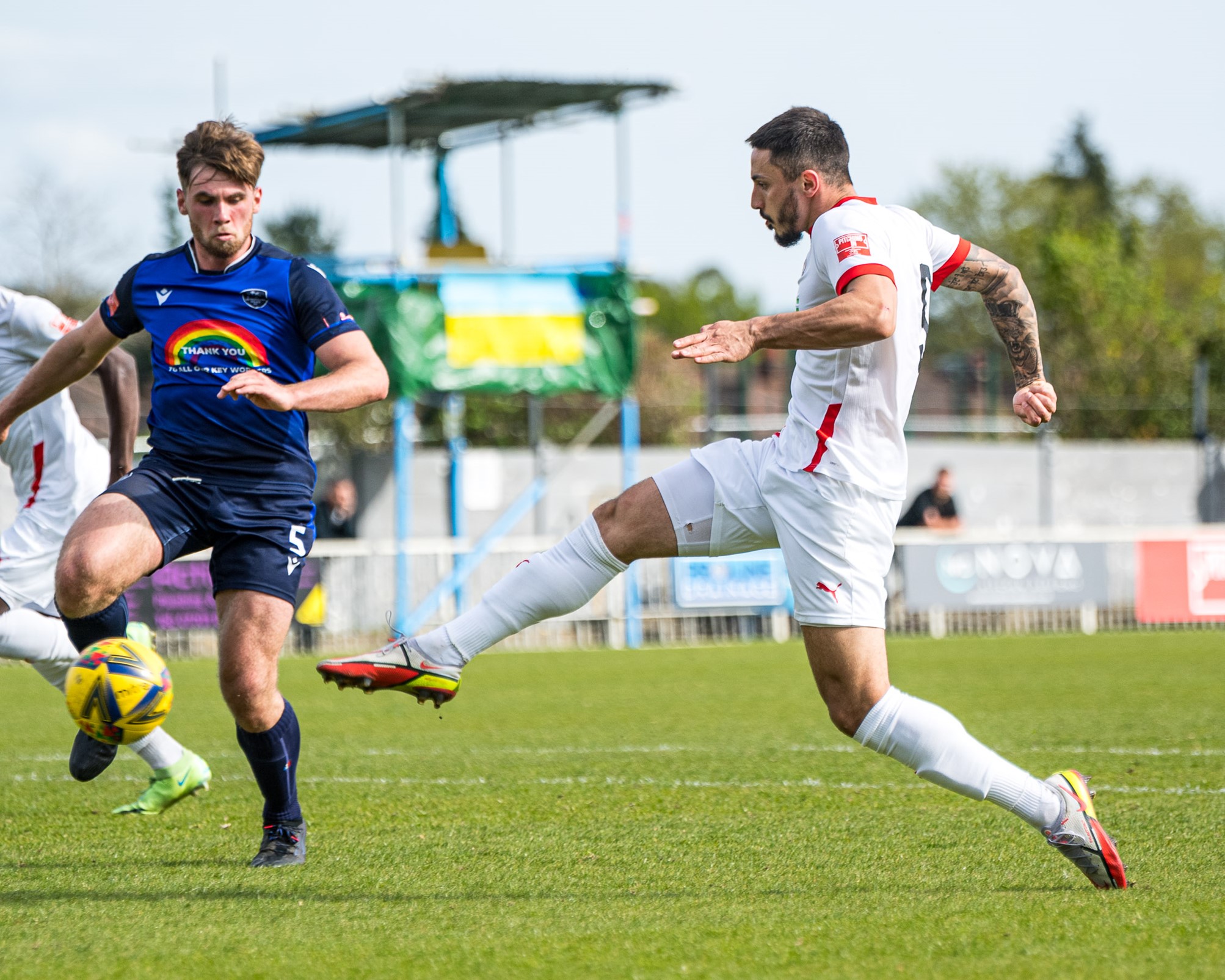 Any doubt that this wasn’t Beaconsfield’s day came three minutes later as Nathan Minhas’s firmly struck angled volley was acrobatically tipped onto the inside of the post by Beach. The rebound, spinning viciously, fell between two defenders and Josh Fawole who managed to fashion an effort on target which Beach managed to flap away from a sitting position on his line. 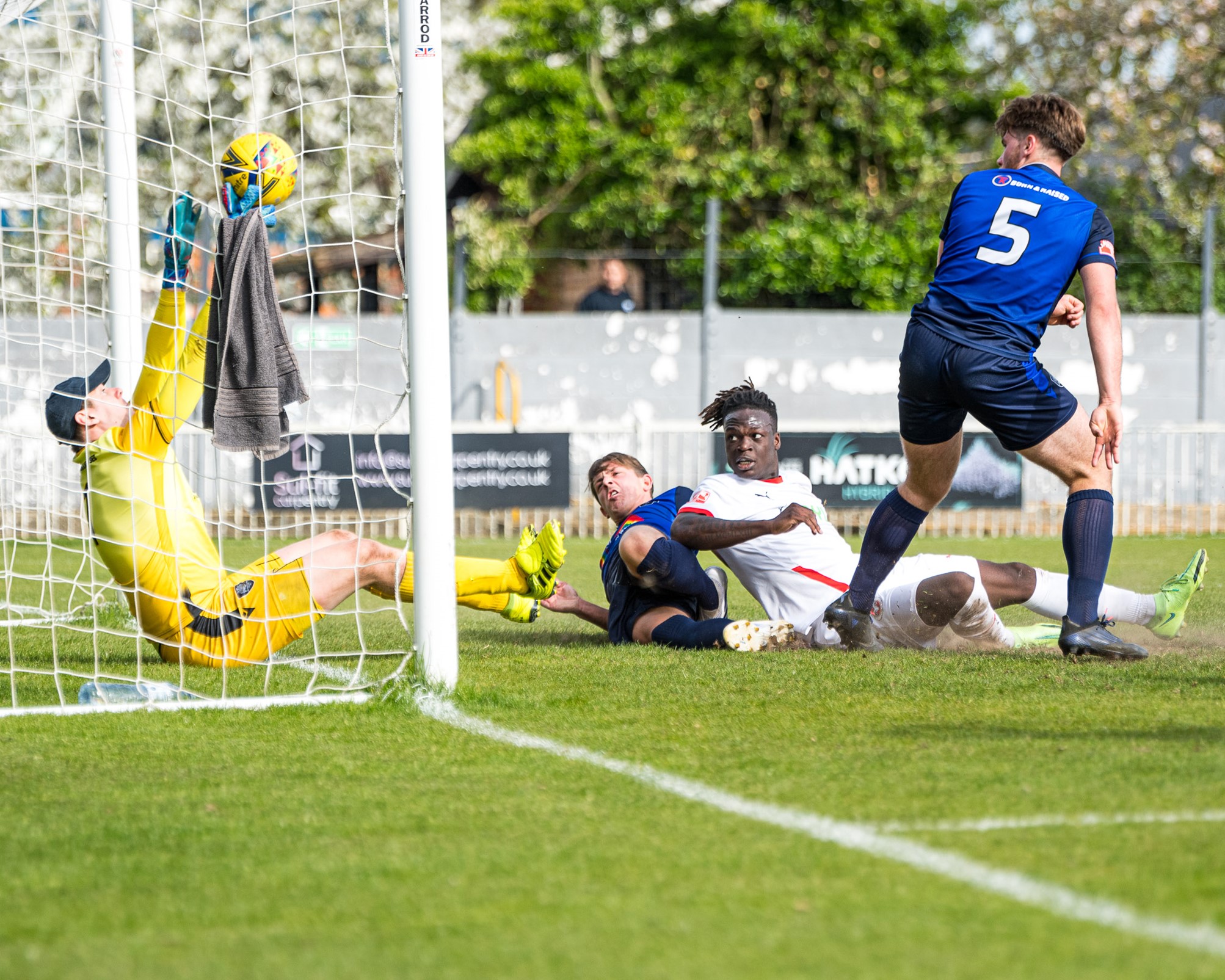 That was pretty much that for The Rams as an attacking force as Fawole was withdrawn to be replaced by Scott Donnelly and wing backs became five at the back. Gary Meakin gave first team experience to Jack McKenzie and Deante Gibson in the closing stages as The Rams played out the remaining 25 minutes of the game watching the hosts keep the ball in front of them.

The Rams now face Truro City in their season finale at home on Saturday. 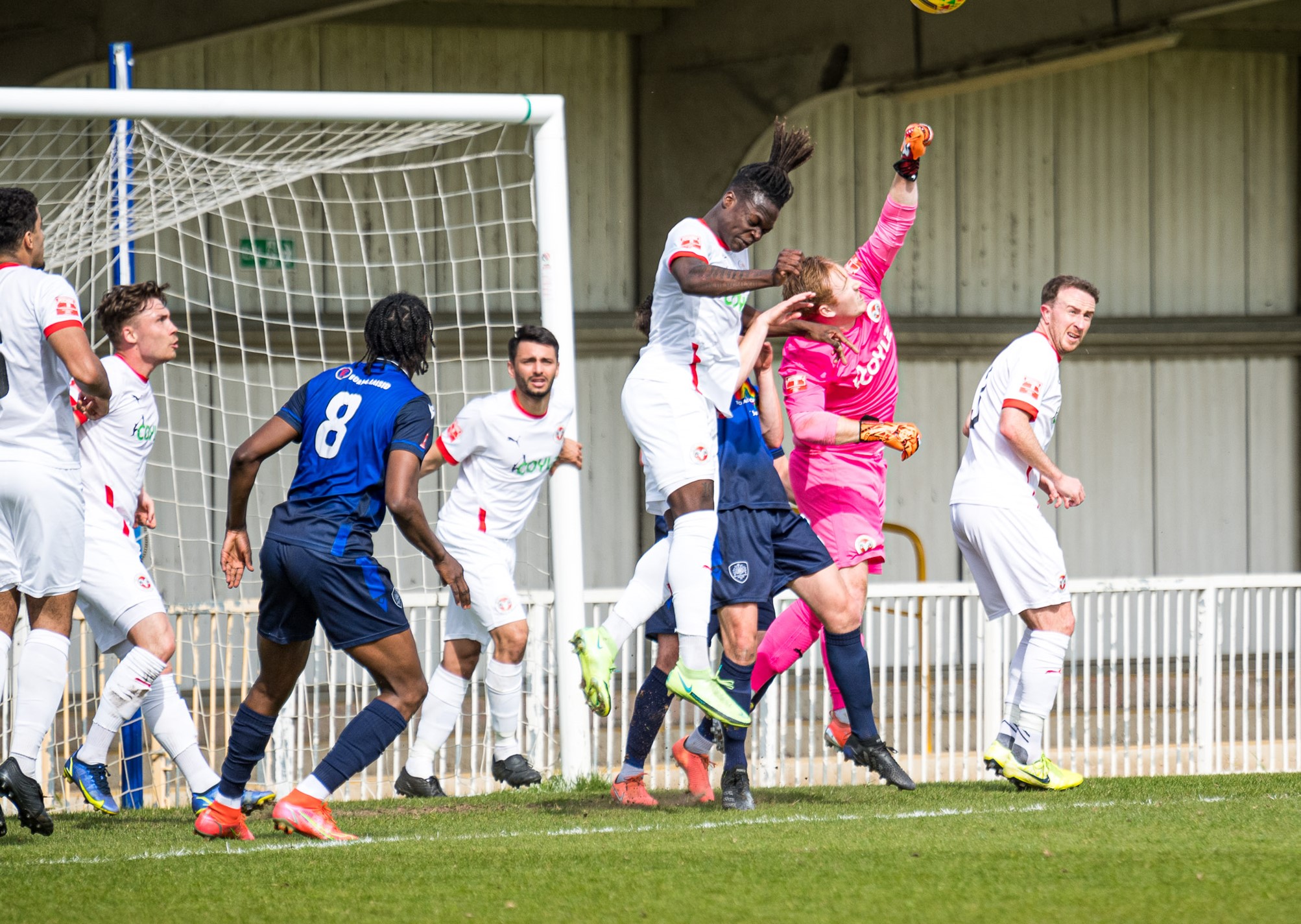