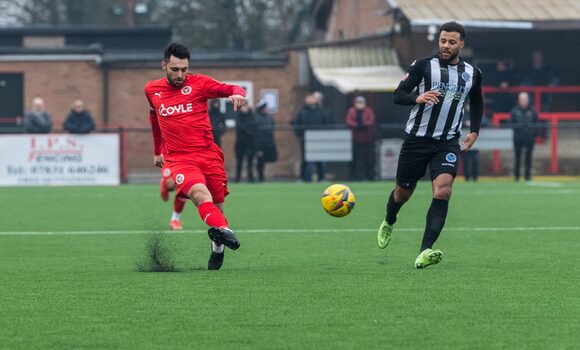 Goals from Ryan De-Havilland, making his first league start, and Nathan Minhas either side of the break saw Beaconsfield to a deserved victory over Dorchester Town. That The Rams prevailed without six of the starting line up from last Saturdays win over Kings Langley suggests that whilst depth may still be a worry for Gary Meakin, quality is not.  The win means that The Rams have extended their run at home to one defeat in nine games and are unbeaten in all competitions in January.

Beaconsfield took the lead after 31 minutes with a move of genuine quality, culminating in a swift interchange of passes between Andrei Chiriac, Nathan Minhas and Ryan De-Havilland who created half a yard of space in the area and drilled a low shot past Jack Bycroft into the bottom corner. 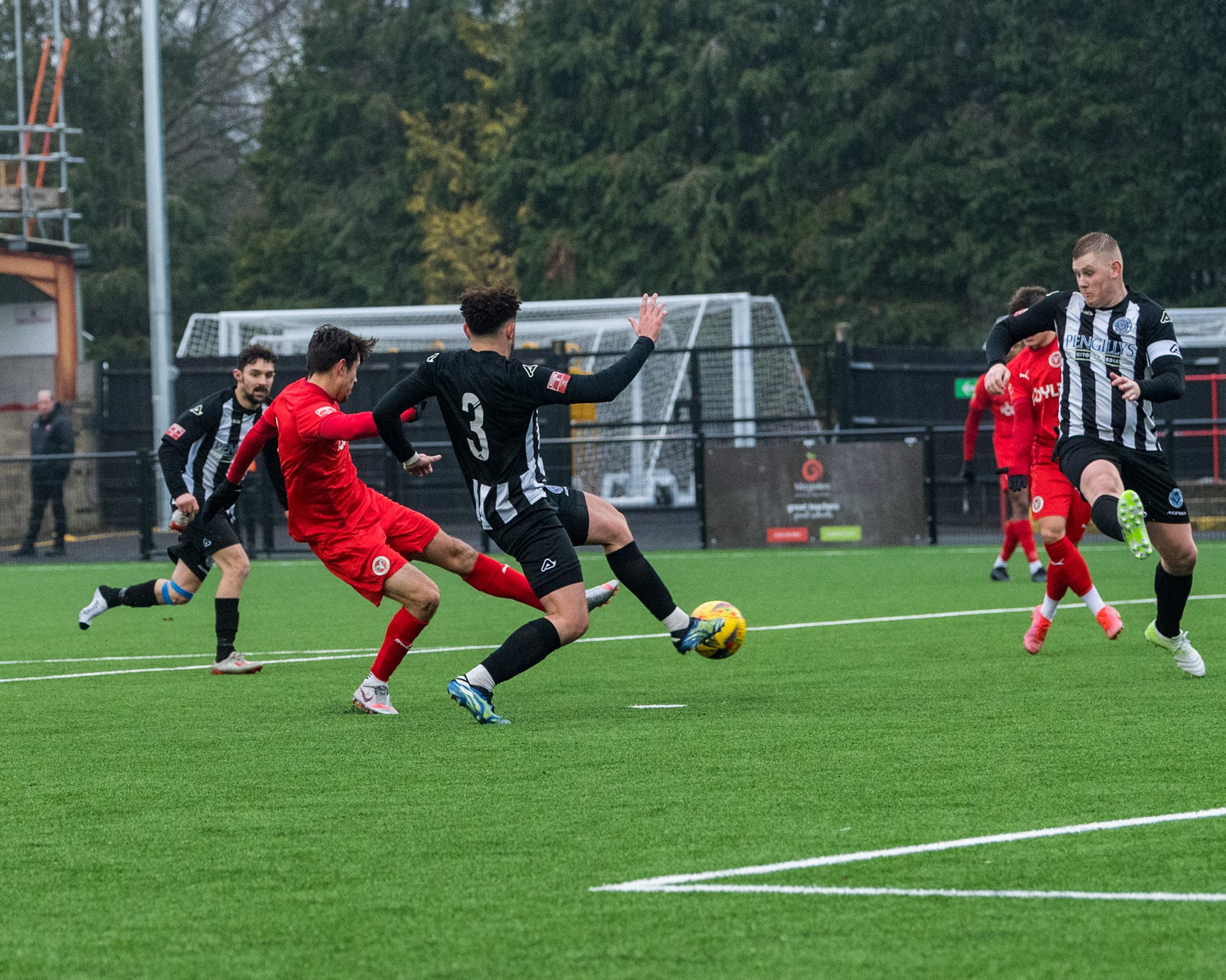 It was fair reward for Beaconsfield’s approach play and possession which saw them create several presentable chances before the goal.

Bycroft saved from Luke Neville, reviving the free kick routine of previous seasons, finding himself on the end of Olly Spragues delivery the big defenders effort was pawed away by the keeper who stood up bravely in the path of Neville who ran over him.

Moments before the goal, Bycroft produced a full length save, diving to his right to fingertip Lucas Sinclairs’ stinging twenty yard effort on to the post and away to safety.

The visitors were restricted to direct tactics, seeking to release wide players but their radar was askew in a first half of misplaced long balls and overhit passes running out of play. That said when they did enjoy good possession they always carried a threat from set pieces forcing several corners before the break without troubling Ryan Hall in the home goal. Although one effort late on evaded the keeper at his nearpost and he was happy to see the ball run on harmlessly across goal and away to safety.

In the second period Dorchester, still direct but with greater purpose and accuracy in their passing, were a different team. The more expansive style gave the Rams more to think about but they coped well.

Debutant Keano Robinson, on loan from Hayes and Yeading United and Luke Neville dominated at the back. Screened by De Havilland quietly efficient alongside Jordan Ajanlekoko in the middle of the park. With the effervescent Aaron Minhas restored to his favoured number 10 shirt and leading the press with his usual enthusiasm The Rams still looked more threatening. Backed up by Andrei Chiriac, having his most effective performance at first team level and the ever willing Lucas Sinclair on either flank the home side carried a constant threat.

In the 51st Minute Nathan Minhas saw his low cross shot denied by a combination of Bycroft and the post. Six minutes later Minhas got the reward his overall effort deserved as he burst onto Jordan Ajanlekokos flicked header to slam the ball home from 12 yards. 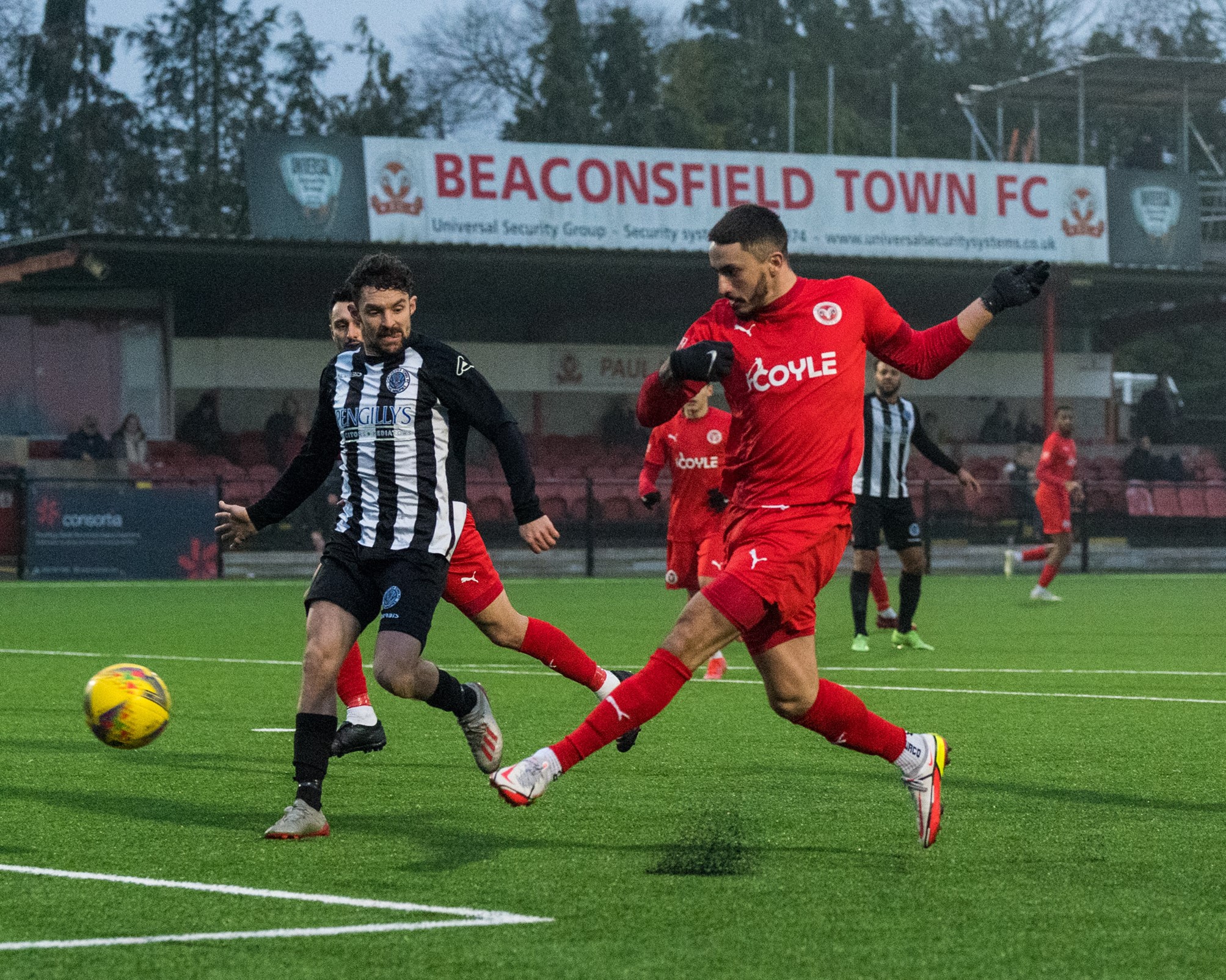 Dorchester briefly rallied and at the other end Alfie Stanley was denied by Hall who seemingly deflected the strikers effort onto the bar with his face and it flew away to safety. 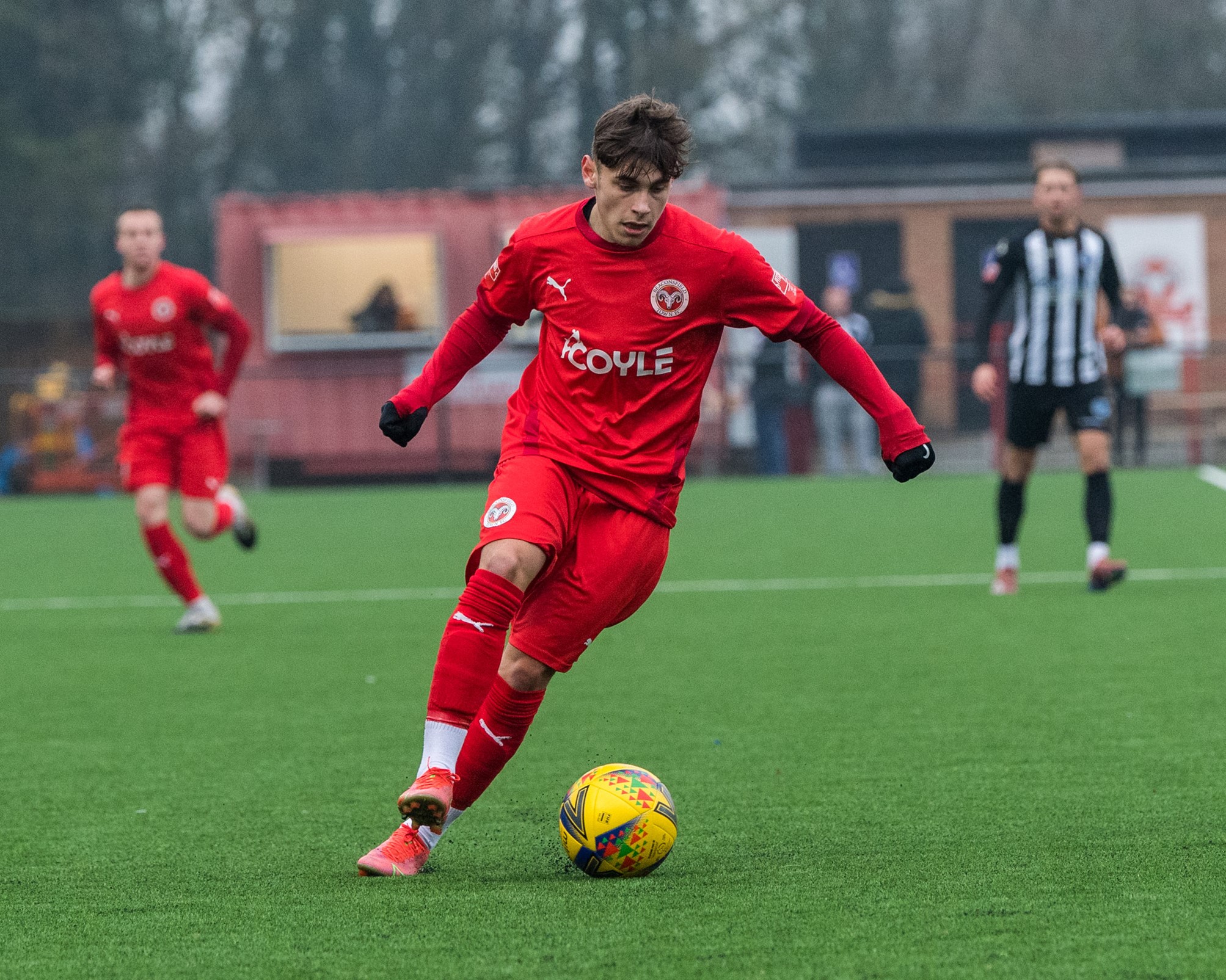 That was as close as Dorchester came.

Beaconsfield could have extended the lead but for the intervention of Bycroft. The big keeper producing a save to match his first half effort again flying full length to turn away a rasping Aaron Minhas drive before seeing Keano Robinson’s looping header avoid his despairing stretch but rebounding to safety off the top of the cross bar.

In the end The Rams earned a victory probably more comfortable than the score line would suggest and in the process added a third clean sheet in four league games at home. 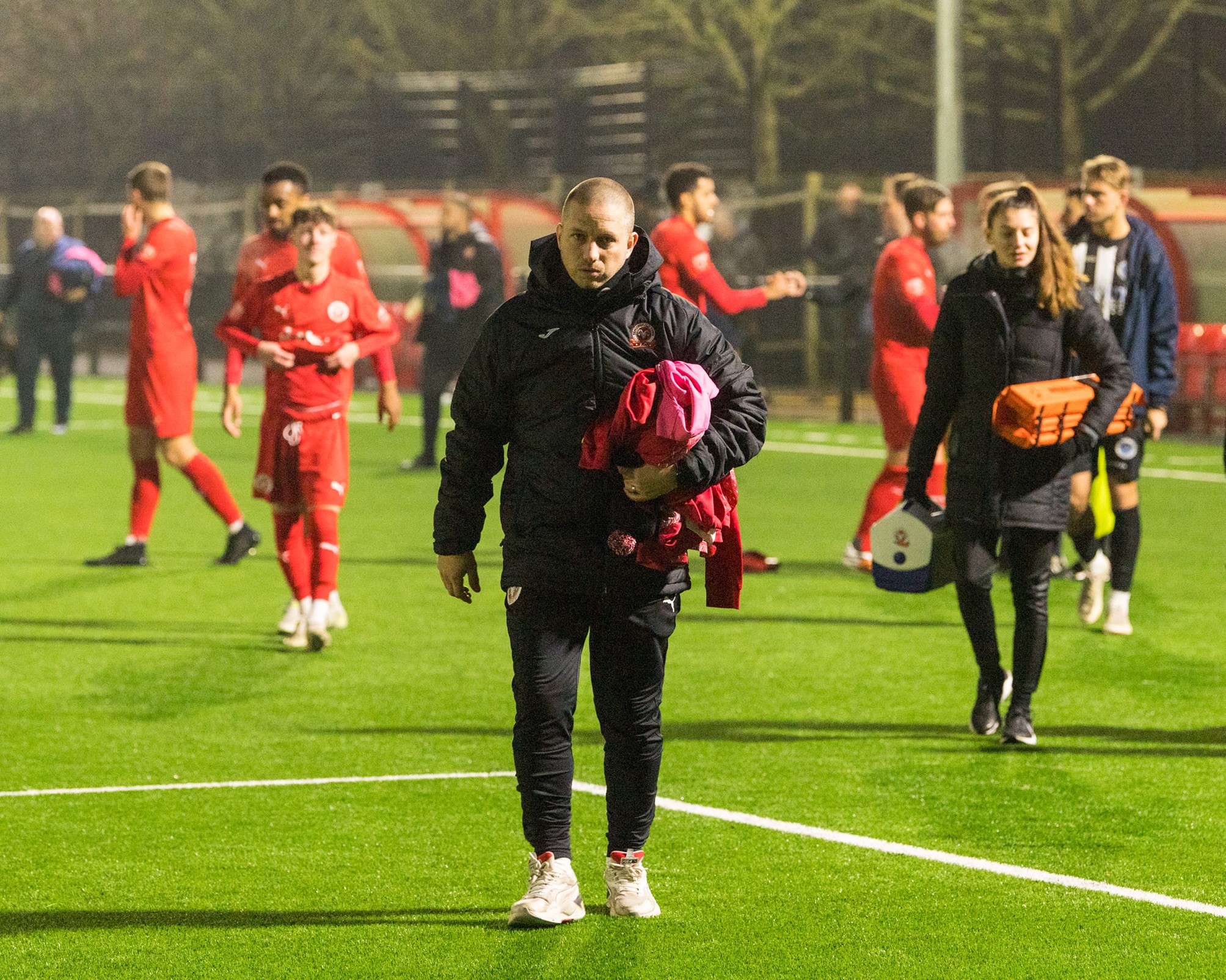 Sad then that with the team delivering on the park and producing some of the best football in the Clubs history only 89 souls were tempted to be on hand to witness the latest victory in Birthday Boy Gary Meakins’ quiet revolution at Holloways Park.

Next up The Rams welcome high flying Taunton Town at Holloways Park on Saturday afternoon.