Rams put Gosport to the sword with Magnificent Seven

Rams put Gosport to the sword with Magnificent Seven 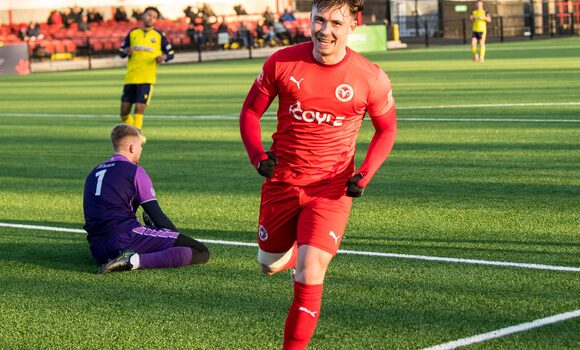 Gosport came into this game handily placed for the Play Offs and on a six game unbeaten run. They left well beaten and could have had no complaints if their hosts had hit double figures.

In fairness they started off well enough but once The Rams settled there was only one team  in it. Early efforts by Scott Donnelly and Olly McCoy had shown Beaconsfield’s intent and on 22 minutes a long range effort

by McCoy was spilled by keeper Flynn Talley and fell invitingly to Rams top scorer Nathan Minhas who didn’t need a second invitation to slot home the loose ball.

Eight minutes later Nathan had his second of the game and twentieth of the season as a fine pass by Donnelly allowed him to beat his marker and shoot past Talley.

Beaconsfield’s dominant first half display was capped just before the break when the lively Lucas Sinclair was unfairly stopped in his tracks and Donnelly stepped up to slot home the resulting penalty, his tenth goal of the season for The Rams. He almost had his eleventh when he tried to lob the Gosport keeper from the half way line but Talley retreated just enough to tip the ball over. Would have been a goal of the season contender for sure!

Gosport manager Shaun Gale obviously had a ‘few words’ with his side during the break as for the first fifteen minutes of the second period they enjoyed their best spell of the game. Just before the hour mark they were awarded what looked like a dubious free-kick just outside the box and Harry Kavanagh’s effort eluded everyone including Rams keeper Ryan Hall to give the visitors a glimmer of hope. 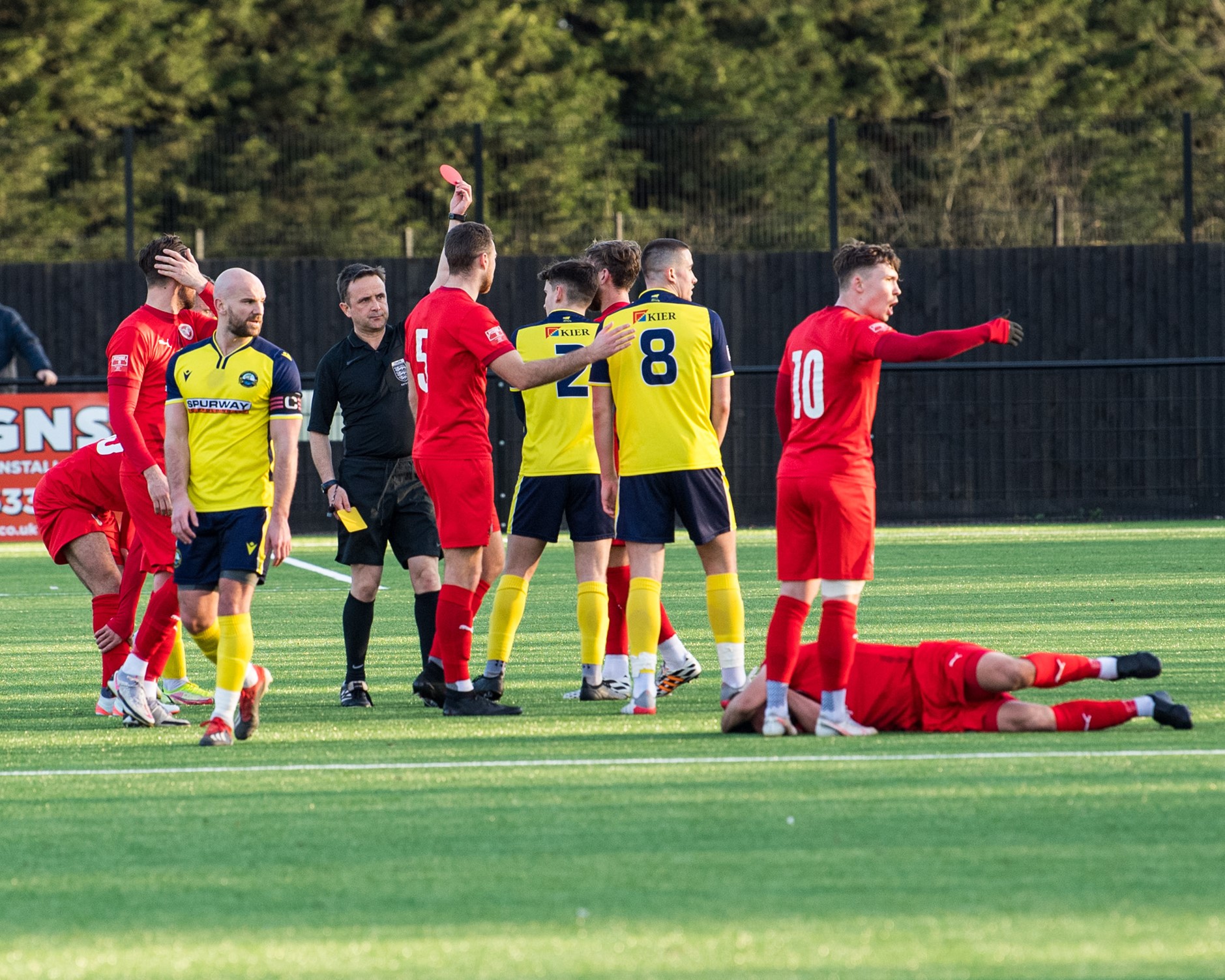 That was soon extinguished on 70 minus when Luke Hallett was sent off for a second yellow. And then The Rams really set about their deflated opponents. 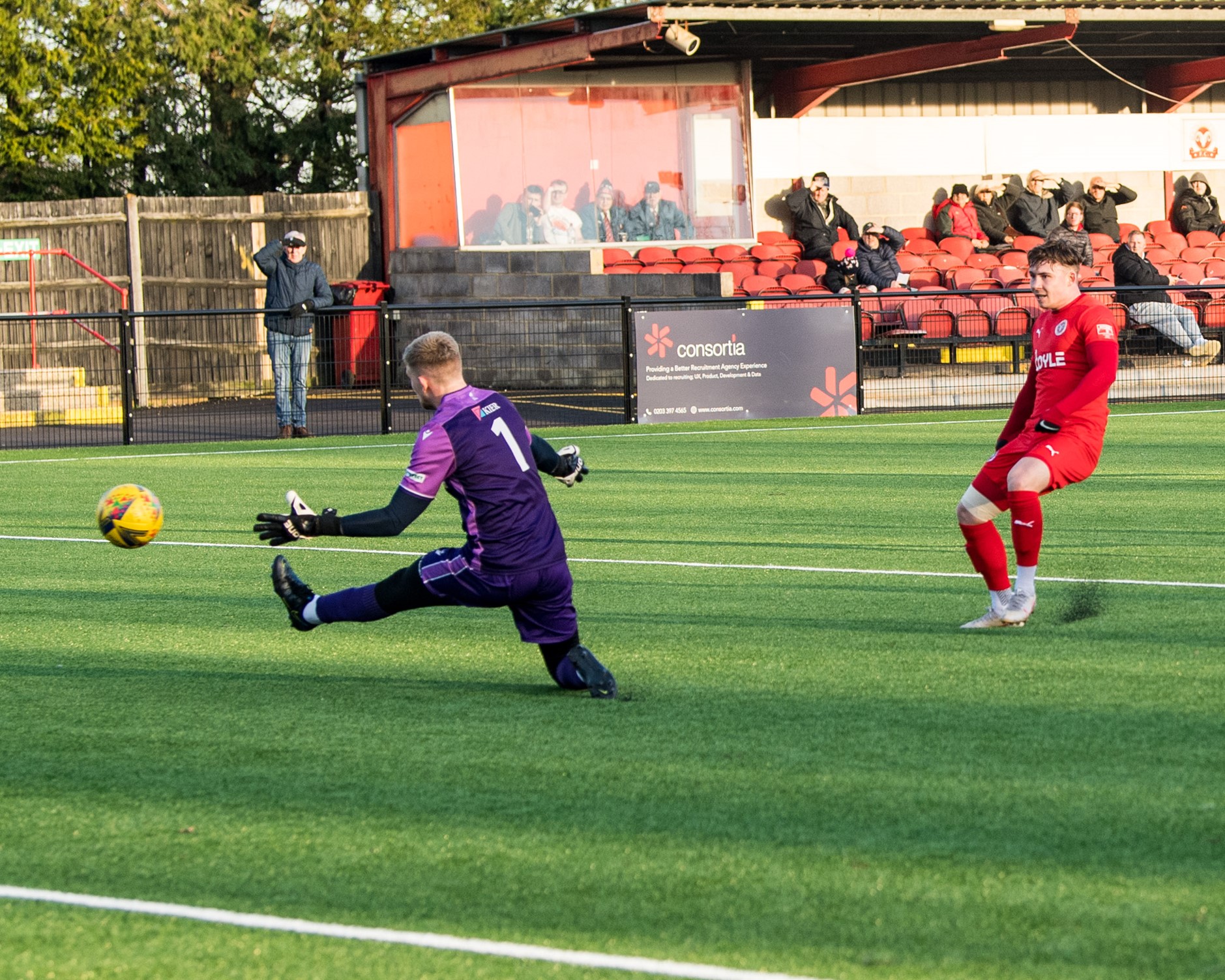 On 71 minutes McCoy hit a low shot from 25 yards out that gave Talley no chance. Two minutes later McCoy and Sinclair combined for what would have been a glorious fifth but it was gathered by Talley. However, he was powerless to stop McCoy’s second goal on 77 minutes when the striker latched onto a fine pass by the outstanding Callum Webb and calmly placed the ball past the Gosport custodian.

Within 60 seconds, and with Gosport coach and ex- England international Graham Rix having a meltdown on the sidelines, Sinclair made it six as he waltzed through the shell shocked Gosport defence.

McCoy’s hat-trick was completed on 84 minutes when he went on a direct run from his own half to slot past Talley for a fine solo effort. There was nearly an eighth, ninth and tenth but some ‘over playing’ saw quality chances go begging. Or maybe I’m just being greedy!

In added time Gosport sub Matthew Patterson hit a fine effort past Hall to make it 7-2 but it really was too little too late for the visitors. 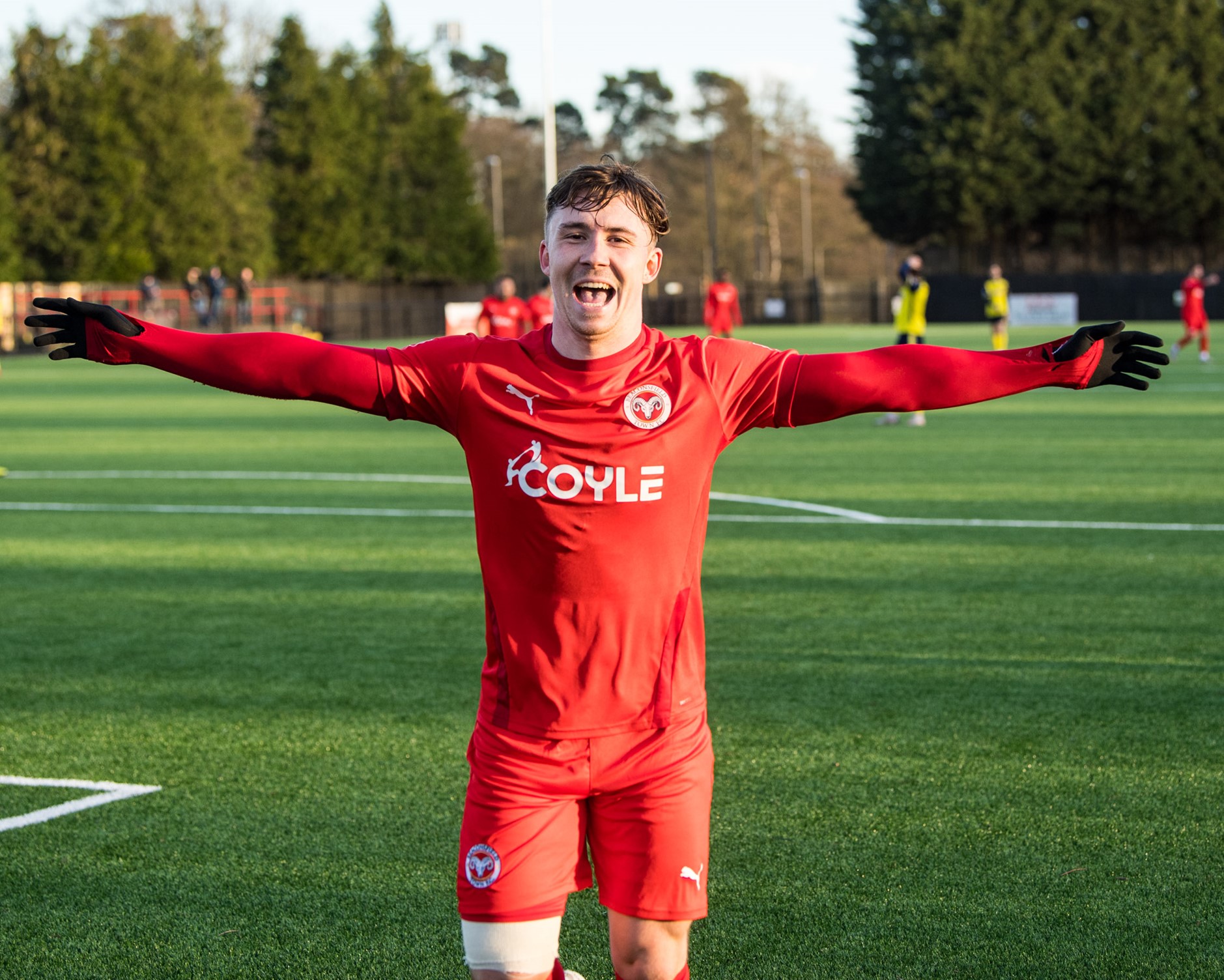 That’s 13 goals in two home games that The Rams have scored whilst also providing some wonderful free flowing entertaining football. Shame there are not more to witness the fine displays, hopefully there will bebigger turn outs for the County Cup Quarter Final this Tuesday (March 1st) against MK Dons and the MIND awareness league fixture against Farnborough next Saturday (March 5th).

Come On You Rams