Rams regroup to sink Dolphins after early set back

Rams regroup to sink Dolphins after early set back 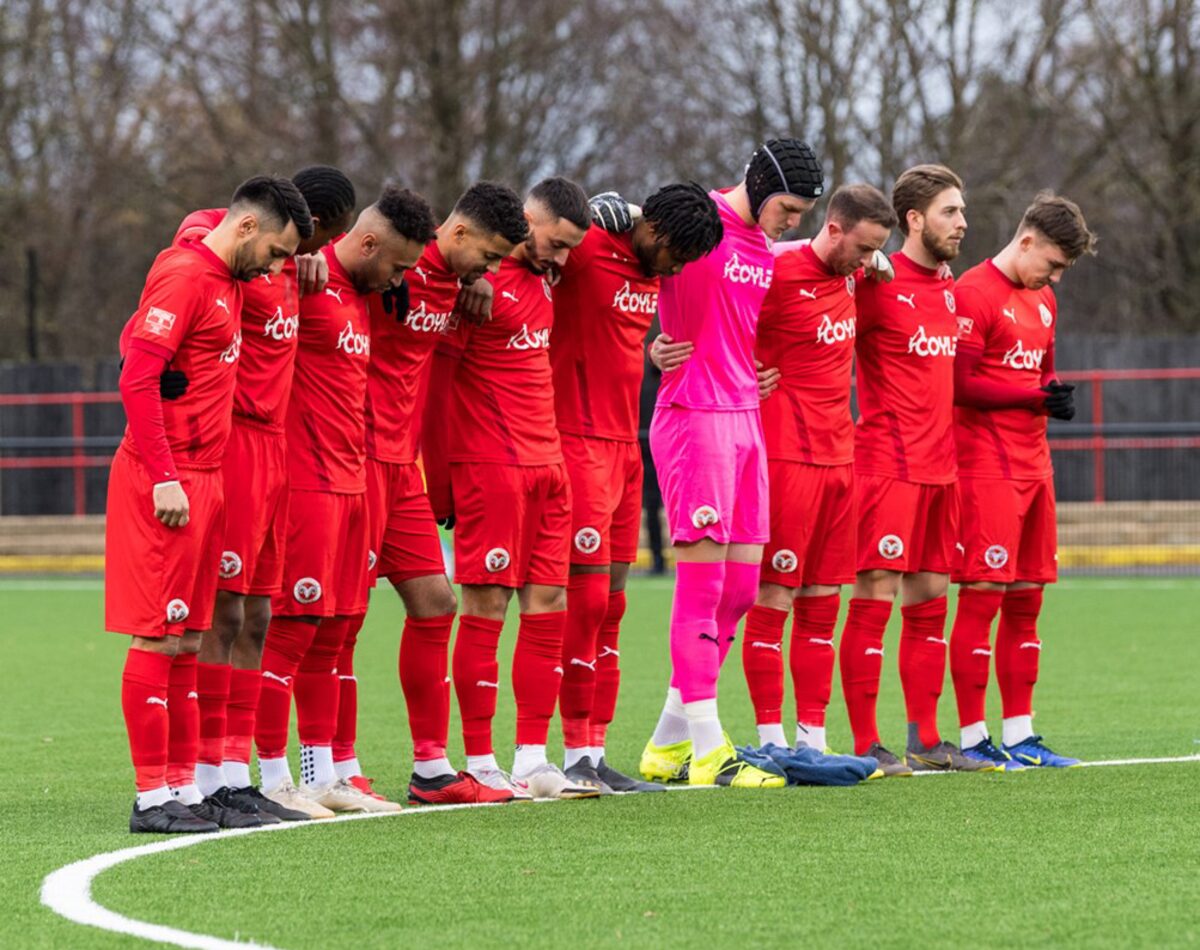 It was a tough week for Beaconsfield Town. Hammered by Yate last Saturday, this week brought the shocking news of the sudden death of former Ram’s striker Marvin Morgan, who was honoured by a minutes silence before kick off here.

Then 48 hours before this match skipper Scott Donnelly decided to accept an offer from Hayes and Yeading United and left The Rams despite the best efforts of Gary Meakin and Wes Daly, who did everything in their power to convince the influential midfielder to stay.

When Tony-James Lee fired in his third goal against Beaconsfield this season to give the visitors a 10th minute lead you could have been forgiven for fearing the worst. The Rams retained their composure though and with Aaron Minhas slotting in to replace Donnelly and Toby Little assuming the responsibility of the armband the home side took control in midfield.

The pace and direct running of Lucas Sinclair and trickery of Olly McCoy linked with the industry of Nathan Minhas pushed the visitors back. 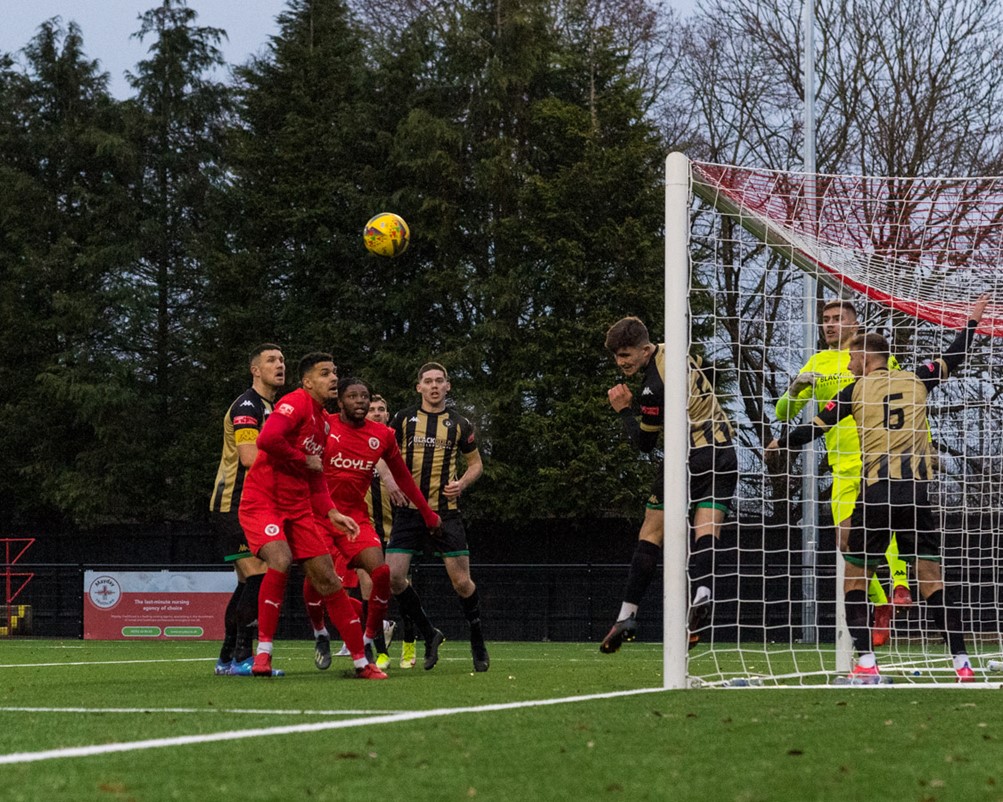 Minhas saw his low cross shot turned away by Tommy Scott in the visitors goal. Scott then tipped over a far post header and from the resulting corner watched rooted to the spot as Declan Rose headed away Jordan Aghatises looping goalbound header from under the cross bar.

When The Rams secured their equaliser in the 29th minute it was no more than they deserved. The goal came via a beautifully worked move, culminating in Matty Harriot’s weighted pass inside the full back, inviting Callum Webb to send in a first time cross at pace. 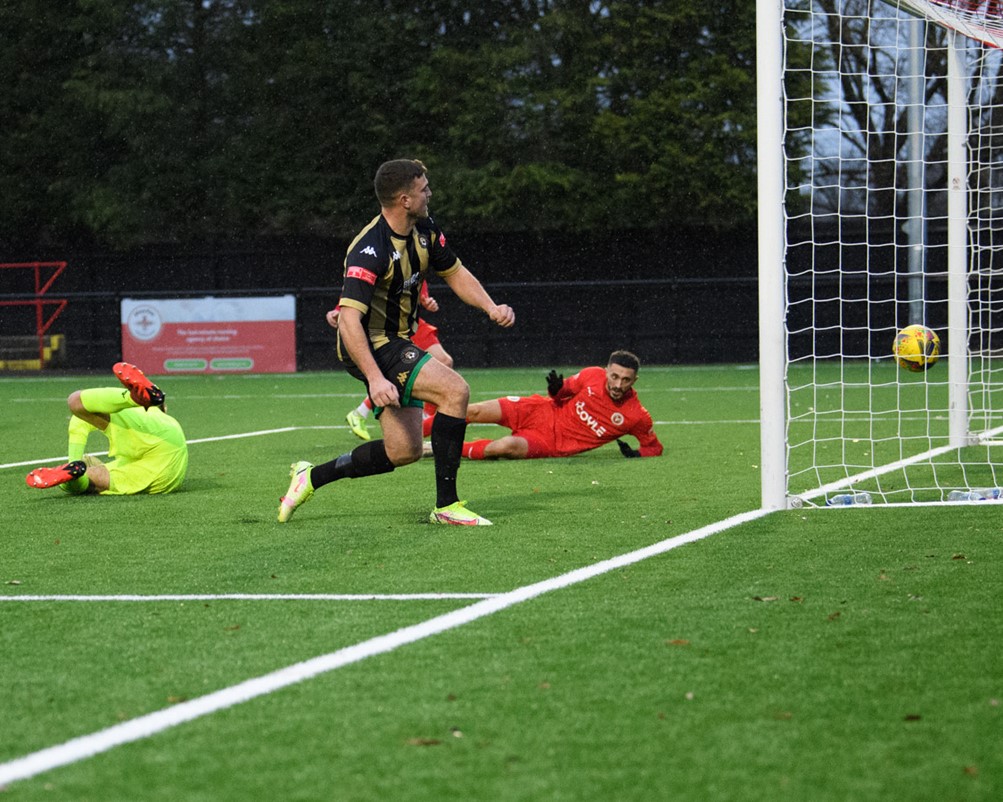 A diving Scott was unable to intercept at his nearpost and the ball fell to Nathan Minhas who steered home a tumbling, stooping header at the far post.

Five minutes later it could, probably should, have been Two. Minhas made space in the area and drove towards goal, but seemed unsure whether to shoot or play in Toby Little, well placed to capitalise. In the end he did neither and the chance went begging.

Just before the break Lee limped off to be replaced by Sean Wright. It transpired that much of the visitors goal threat went with their talismanic leading scorer.

The Rams began the second period brightly. Toby Little fired wide when well placed on the edge of the area and Lucas Sinclair continued to enjoy success popping up on either flank.

The visitors introduced Jack Dickson who became central to everything they did from that point but for all his pace and trickery without the ability of Lee ahead of him it was difficult for the visitors to fashion any clearcut opportunities in the face of the protective screen of Aaron Minhas and Harriott ahead of the back four well marshalled by Jordan AJ Ajanlekoko.

The home side always looked the more likely and it was no surprise when they took the lead in the 58th minute. 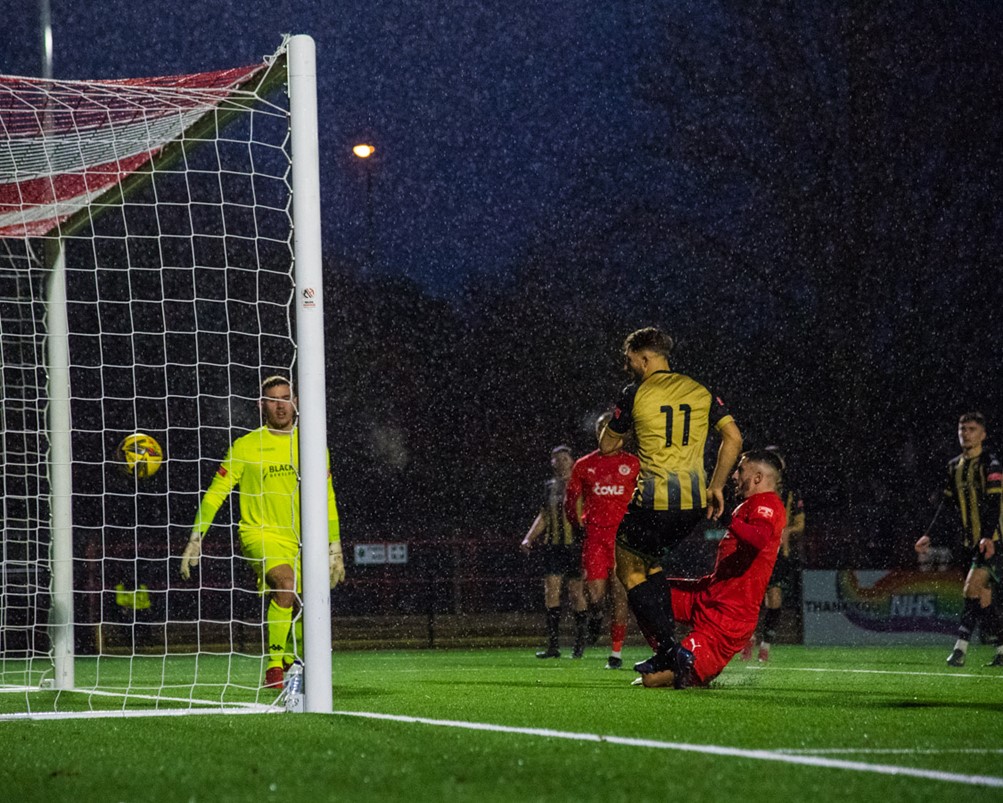 Toby Little invited Lucas Sinclair to have a run at Sam Jackson with a well weighted diagonal pass inside the full back. Sinclair picked up the ball at pace and headed towards goal. As Poole regrouped he shaped a low cross which wrong footed Declan Rose, who gambled on a pull back and found Minhas and Dickson at the far post, between them the  pair steered the ball home.

The Rams then consolidated and held Poole at arms length. The visitors didn’t lack for effort but the quality needed to test or extend Azaze in The Rams goal was sat on the bench. 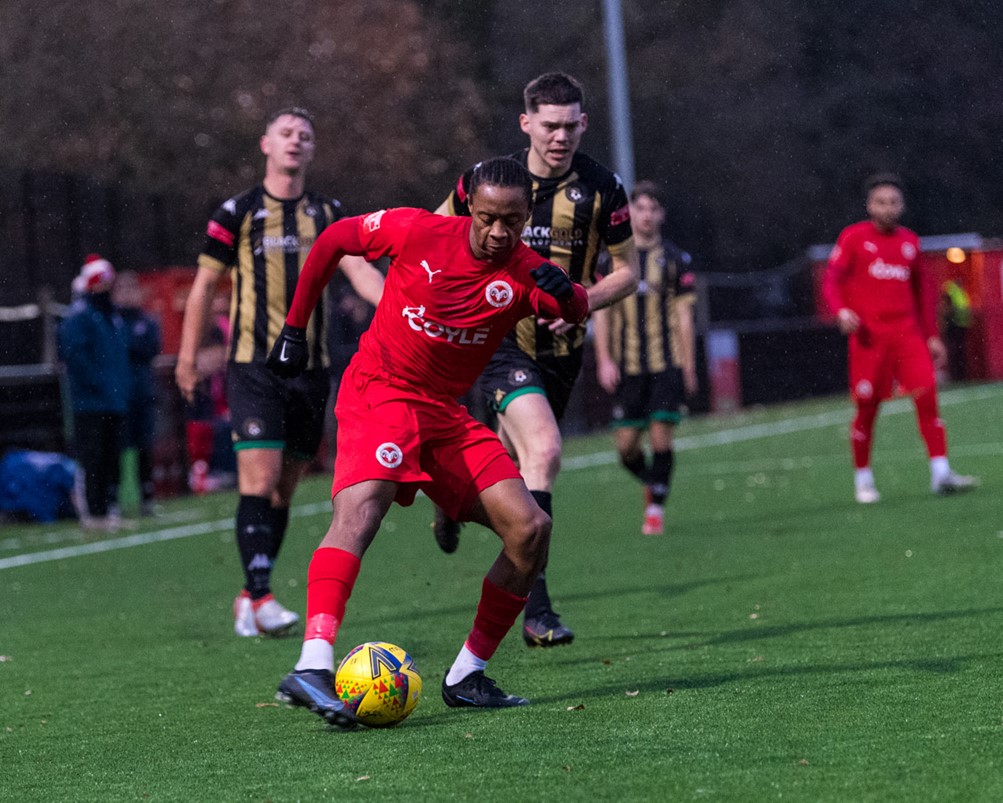 Had Beaconsfield been more clinical in their execution and finishing on

several of the counter attacks they fashioned as Poole pressed, the scoreline would have been more comfortable.

Toby Little dragged a shot wide from the edge of the box. Lucas Sinclair sent in a vicious angled drive which rattled into the side netting with Scott struggling and McCoy and Sinclair couldn’t get on the same page as McCoy wriggled to the byeline and laid in an inviting pull back only to see that Sinclair had anticipated the near post ball and in so doing made his darting run ahead of the cross.

Poole huffed and puffed for the final quarter, Ayman Azaze did all that was asked of him his handling assured despite the rapidly deteriorting conditions and in the end Beaconsfield ran out worthy if somewhat needlessly uncomfortable winners.

On the day though The Rams didn’t have their shooting boots.Oh for a Marvin Morgan to drift in and apply a deft far post finish.