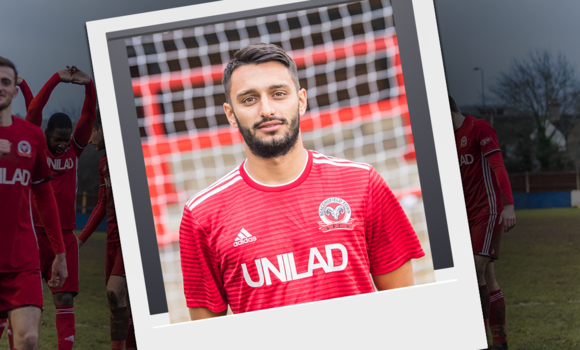 Beaconsfield were left to rue their missed chances as Walton grabbed a late equalizer and with it a share of the points as both sides strives to escape the drop zone.

Marvin Morgan had the first good chance on seven minutes but fired over and sixty seconds later Reece Yorke saw a header hacked off the line by a Casuals defender.  The Rams did take a deserved lead on 14 minutes however when Aaron Minhas fed Charlie Losasso who in turn sent a pass back to Minhas to send a calm chipped effort into the net.

Walton’s Tom Tolfry saw a fine 19th minute free kick cannon off The Rams post and the follow up hit Cole Brown but bounced out to safety. Another missed Morgan effort then saw the game move into a ‘you have it we have it’ period and though The Rams shaded the possession a second decisive strike was not forthcoming.

It was 55 minutes before Rams new No.1 Charlie Burns had a save of note to make as Beaconsfield continued to press forward but half chances for Morgan and a couple for Brendan Matthew all went begging.

On 75 minutes Losasso sent a fine shot goal-bound but it was thwarted by a decent save from Denzel Gerrar.

The equalizer The Rams faithful feared came on 86 minutes when Taurean Roberts beat the home defence and fired past Burns, much to the delight of the noisy good natured visiting support.

The draw brought to end a run of three defeats and kept The Rams above the relegation zone. More clinical finishing would have brought even more daylight in the congested area but this point may well prove highly valuable come the end of season shake up.