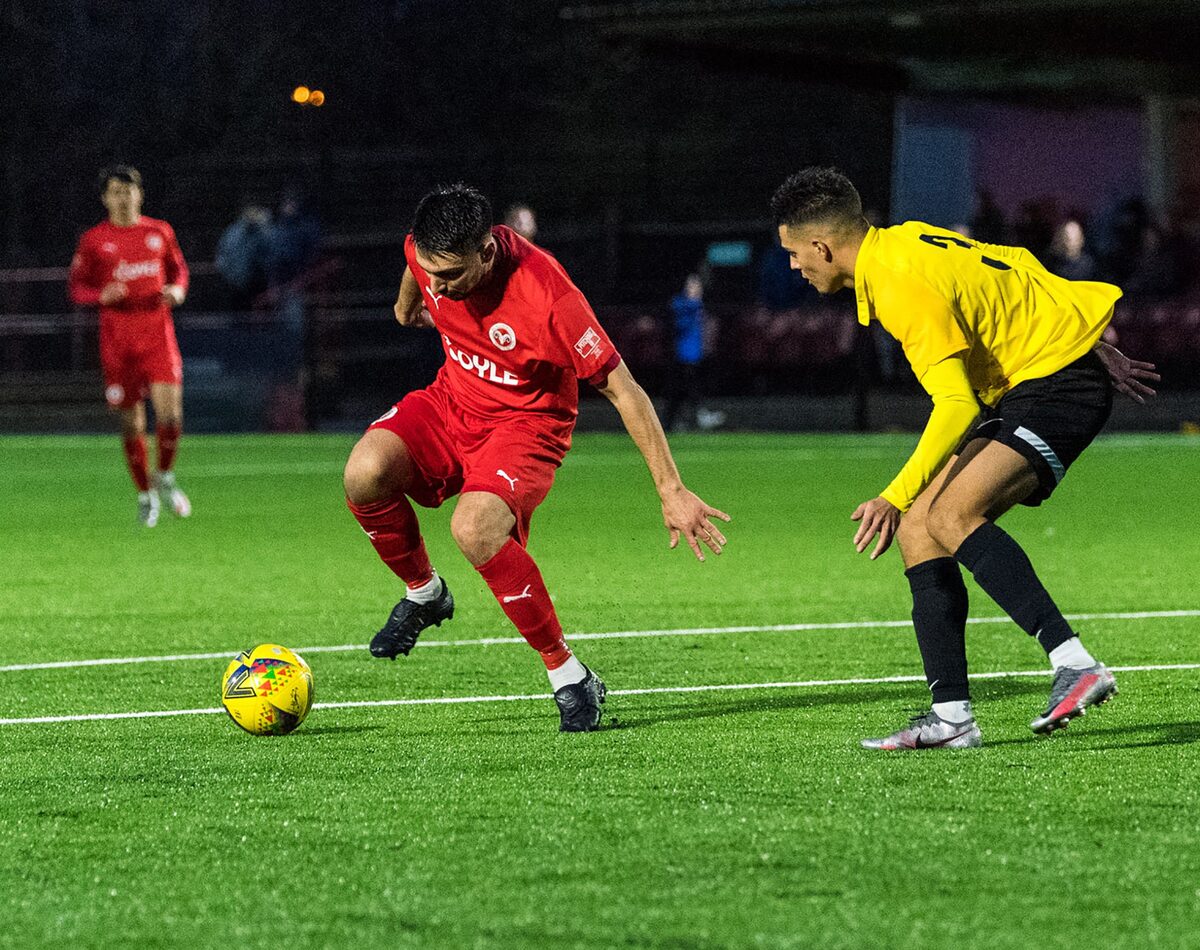 In a game long on effort and endeavour if short of real quality Lucas Sinclairs' 65th minute strike was enough to earn The Rams all three points. In the process Beaconsfield Town completed the league double over Kings Langley, extendeding their unbeaten run at Holloways Park to four games with only one defeat in their last eight home fixtures.

In a hard fought, scrappy and increasingly niggly encounter on Saturday afternoon, both teams struggled to get to grips with the squally rain lashed first half conditions and were further hampered thereafter by the quality of officiating. Frankly erratic refereeing, which can at best be described as selectively fussy, did little to help improve the quality or the tempers on either side - when did rolling balls at free kicks and stealing 15 yards at a throw in become within the laws?

Asking for 160 people from Buckinghamshire.

The Rams enjoyed the better of the first half but Nathan Minhas and Olly McCoy failed to capitalise on good chances. The best of which saw Kings Langley keeper, Jack Smith, on loan from Hayes and Yeading, produce a fine low save to deny Minhas when the striker was played in by Dan Bradshaw. 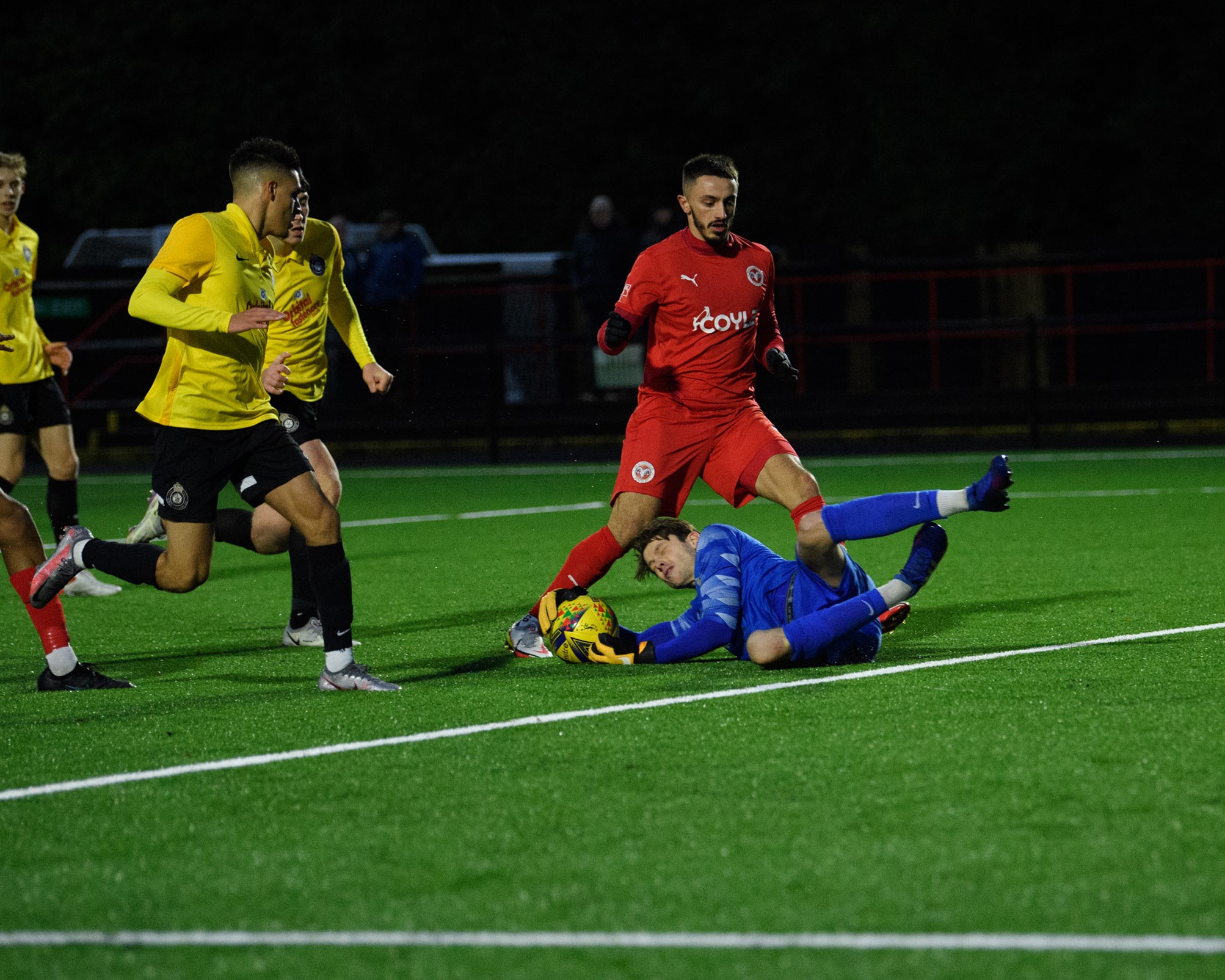 The visitors played with energy and application but created little to threaten Ryan Hall in The Rams goal save for a low effort from Eduard Toiny-Pendred mid way through the half which Hall saved at his nearpost.

Hall was much more severely tested as Kings Langley started the second period with greater vigour than the somewhat lacklustre home team. From their first sustained attack, the on loan Shots stopper produced the save of the afternoon to deny Jack Wood. His well struck effort was curling towards the top corner before, Hall, flying to his left at full stretch, turned it away for a corner.

That was largely it for the visitors. Until the final minute, when they almost punished The Rams for failing to kill the game off.

Beaconsfield were forced into an early second half change introducing Lucas Sinclair for the injured Dan Bradshaw. 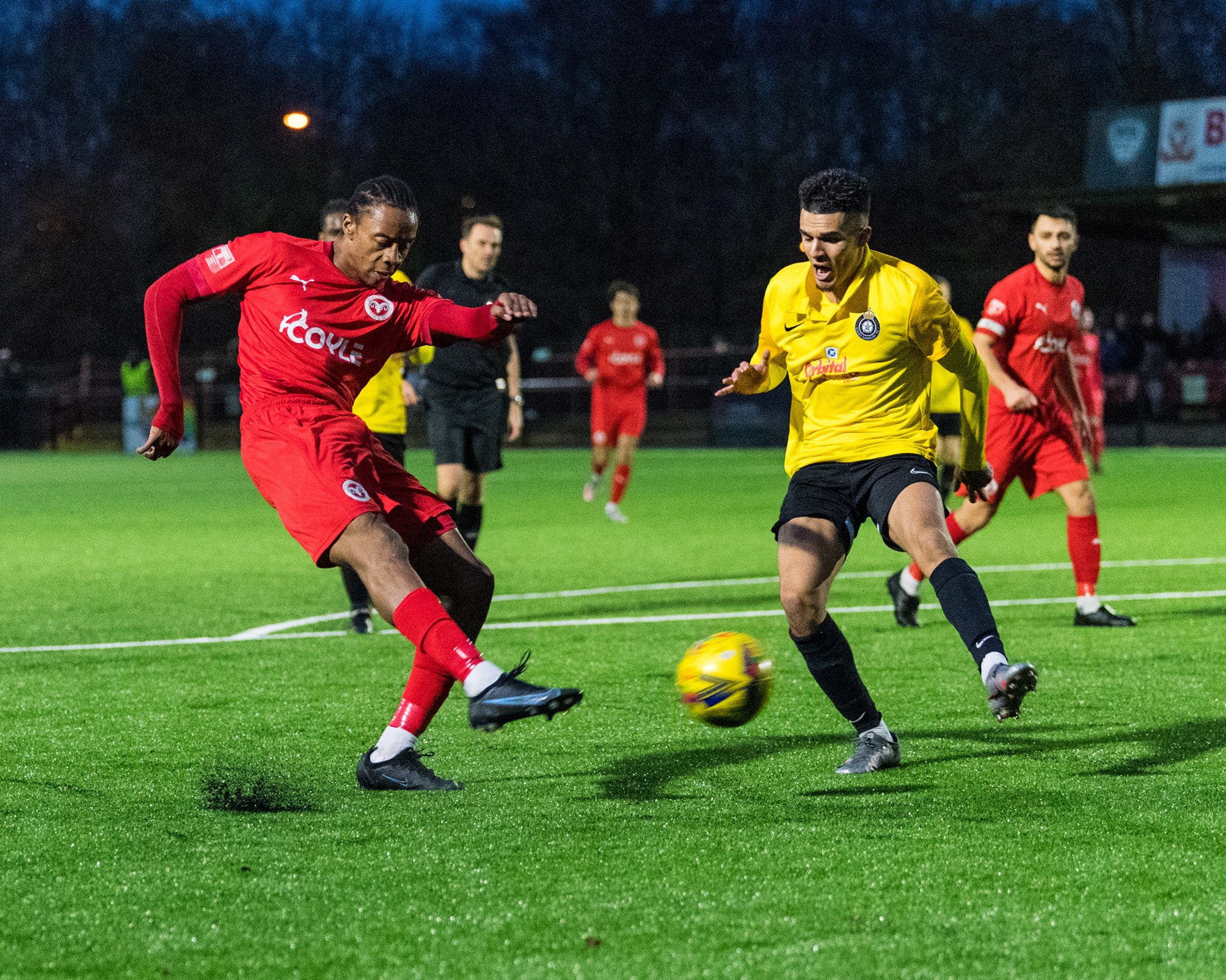 Sinclairs pace was an immediate threat and gave former Ram Alex Lafleur more in the way of defensive duties to contend with.

De-Havilland meanwhile slotted into the midfield and produced a steady composed debut, recycling possession and keeping the ball moving in tandem with Matty Harriott and Aaron Minhas who dominated the midfield throughout the second half.

The chances started to come again as Sinclair warmed to his task.

Jordan Aghatise received a Nathan Minhas flick at the far post but somehow contrived to blaze the ball over when it seemed easier to score. Olly McCoy tested Smith with a stinging low shot which the keeper spilled but he managed to dive on the rebound before Nathan Minhas could pounce.

With the next attack McCoy, Nathan Minhas and Aaron Minhas combined with the skipper feeding Sinclair in space on the angle 15 yards out. As Lafleur scrambled to cover Lucas fired in a wicked cross shot that flashed past the despairing dive of Smith who could only wave it into the opposite corner.

To their credit Kings Langley rallied and enjoyed a spell of territorial dominance and good possession immediately after the goal. The Rams defence stood firm though and Hall was largely untroubled and it was the home side who continued to carry the most threat. 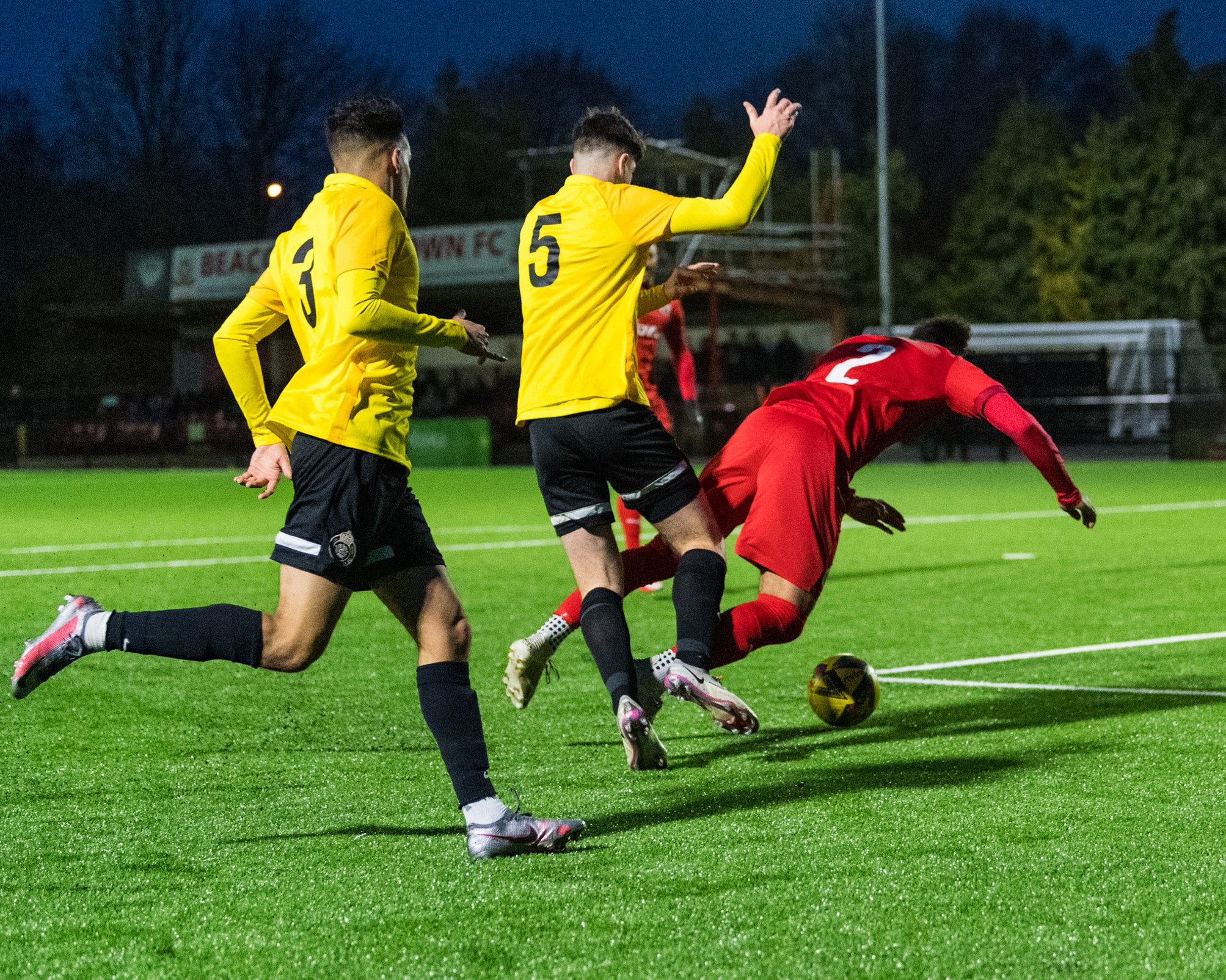 Smith saved from Sinclair and McCoy and Callum Webb was denied a very presentable looking penalty claim when he burst into the area between Lafleur and Sam Dreyer who brought the full back down with a clumsy challenge as Webb entered the six yard box.

Mr Fletcher doing his best best “Mike Dean” knees bend’, “I’m having a proper look at this” received no help from his assistant who didn’t offer much beyond ornamental value for long periods.

In the end the official decided that Webb, in on goal on at the corner of the six yard box, with a choice to try and score himself or more probably play in one of several available options queueing to score fell over. He clearly didn’t see contact. He also didnt see a dive because that would have provided an opportunity for a booking and this official wouldn’t have missed that opportunity.

Just one of a number of perplexing decisions on an afternoon where the weather and the entertainment value deteriorated mostly in concert with the officials.

There was still time for Kings Langley though and they almost snatched a point at the death as, with virtually the last kick of the game, substitute Luke Neville produced a last ditch sliding goal line block to not only deny Arel Amu who joined Jordan Aghatise in the “How has he missed that?” Club but also Added insult to injury as the big defenders intervention deflected the ball back off the striker and away for a goal kick.

A battling three points in the end for the Rams in the first of a number of pivotal fixtures where they play the teams around and below them. A good start to a six-week stretch which will go a long way towards defining their season.

Next up The Rams entertain Sandhurst in the Second Round of the Berks and Bucks Senior Cup .