Reality check for The Rams as run ends with a bang

Reality check for The Rams as run ends with a bang 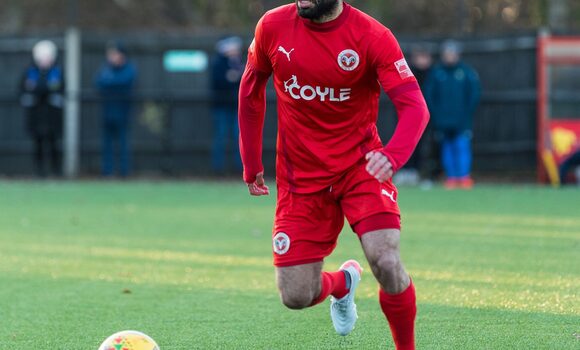 Yate Town unceremoniously ended Beaconsfield’s good run of form of late, which had seen The Rams go five games unbeaten, with an empathic 4-0 victory at Holloways Park on Saturday.The ultimate result was probably a little flattering but they took their chances well and punished the home side who were guilty of some naive defending and looked generally out of sorts throughout.

There was very little to suggest anyone was going to run away with it in the first half.

It was an evenly contested affair but defences were very much on top throughout. A disjointed affair with frequent stoppages saw both physio’s more extended and involved than either goalkeeper.

The Bluebells were forced to reorganise at the back after losing Andy Lewis to injury after a quarter of an hour but enjoyed a territorial advantage in the early going. 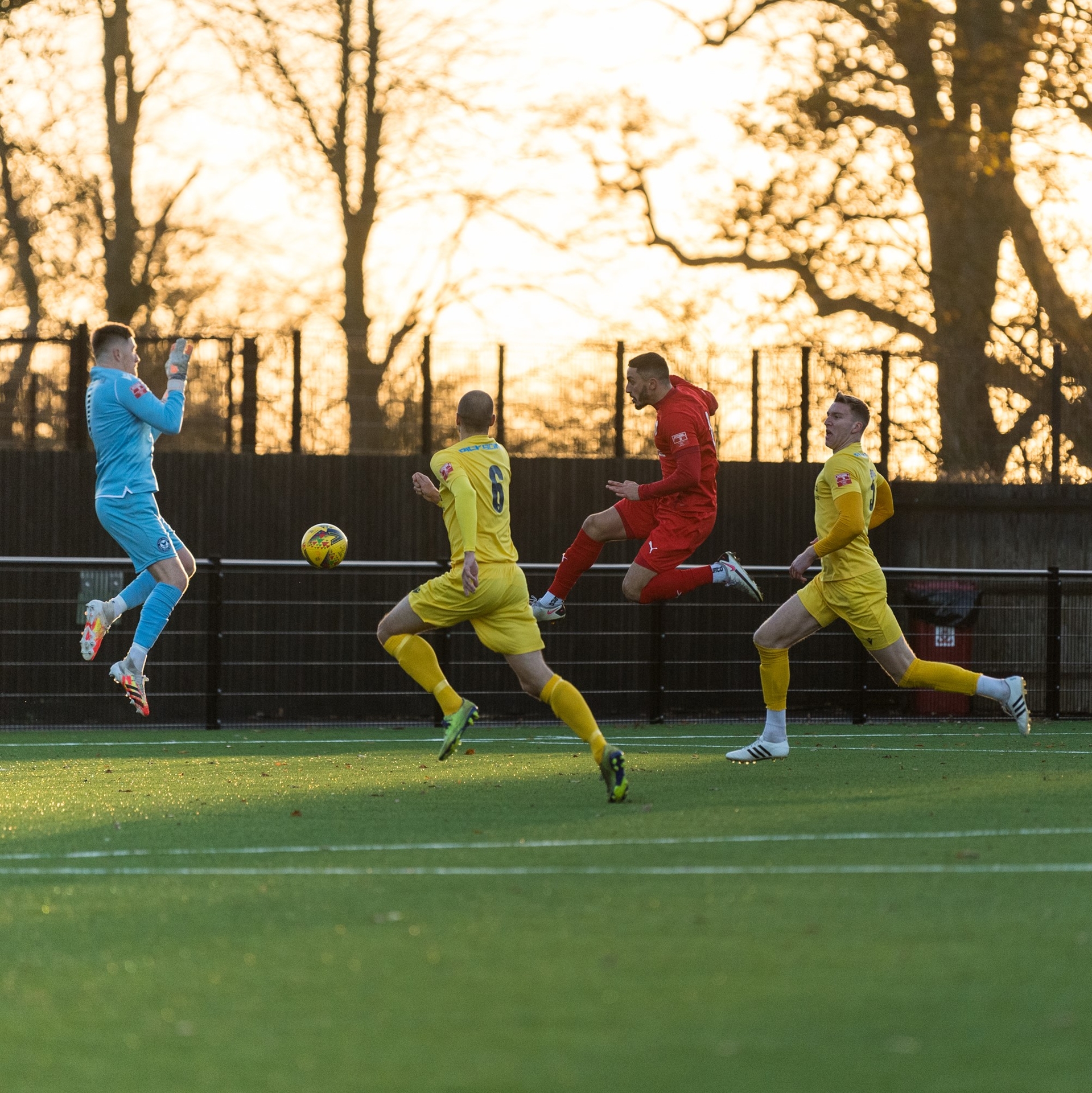 It was the hosts though who created the best chance of the half when Nathan Minhas broke into the area and attempted to lift a bouncing ball over keeper Andrew Hannah who advanced quickly off his line, made himself big and saw the effort bounce to safety off his chest. 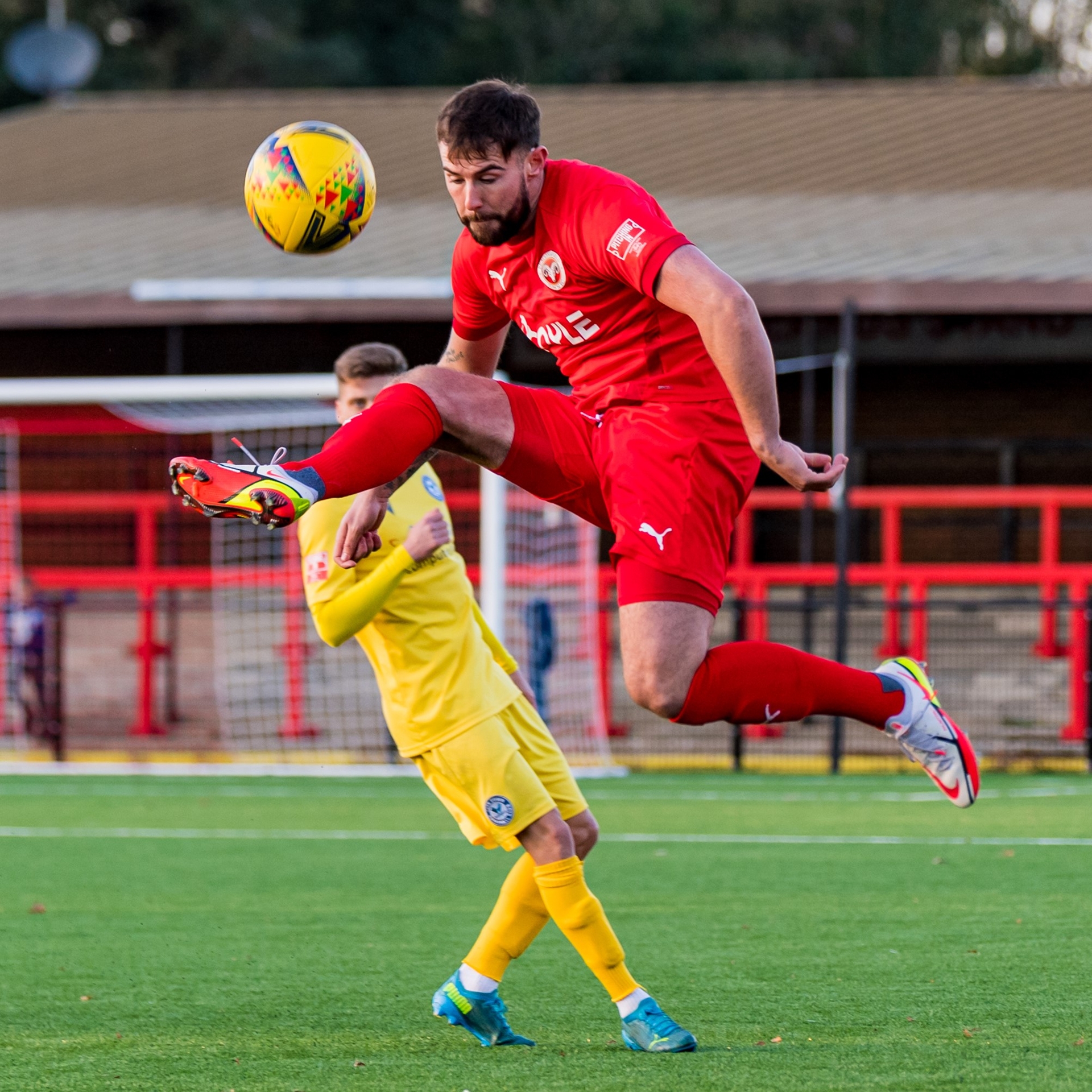 There was nothing to choose between the sides in the opening exchanges of the second period either. Gary Meakin introduced Olly McCoy at the break but visiting substitute James Harding was the catalyst for Yate to take the game by the scruff of the neck.

Three goals in the space of seven second half minutes effectively ended the contest as Beaconsfield subsided in dramatic fashion.

Ironically the Bluebells Purple patch was preceded by another save from Hannah who blocked a Dan Bradshaw effort from a well worked short corner. 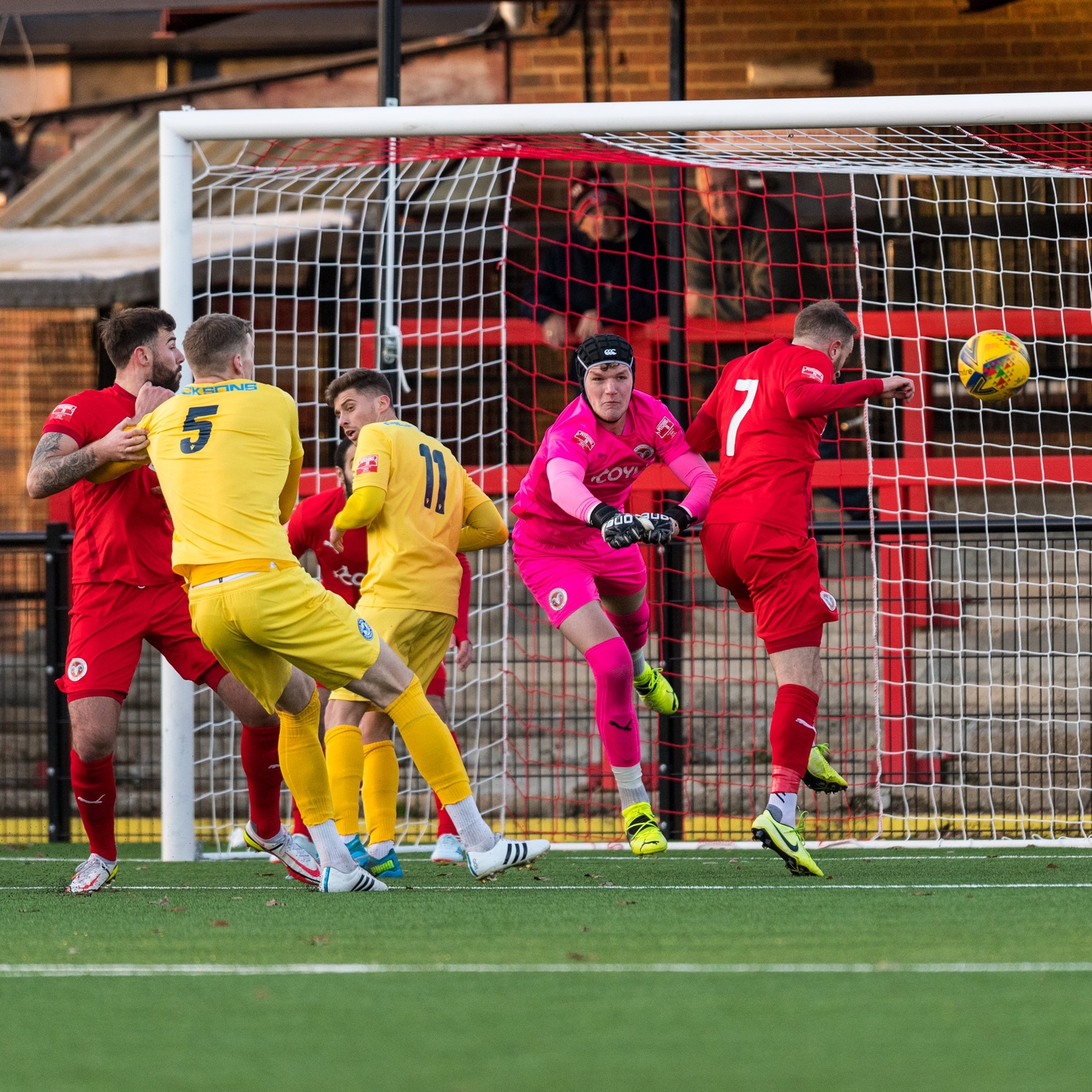 The rebound fell to the visitors and started the counter

attack that lead to the opener whenOliver Mehew pounced on a misplaced defensive header that fell kindly and presented him with an opportunity that he gleefully accepted in the 65th minute.

Mehew then turned provider for a rapid brace from second half substitute (and ex-Ram) James Harding who converted two close range efforts in the space of three minutes.

Beaconsfield’s woe was complete in the 84th minute when Harding dispossessed James Clarke as the hosts attempted to play out from the back and fed Mehew who scored with Azaze in the home goal stranded.

Next up they entertain Poole Town at Holloways Park on Saturday 11th December.