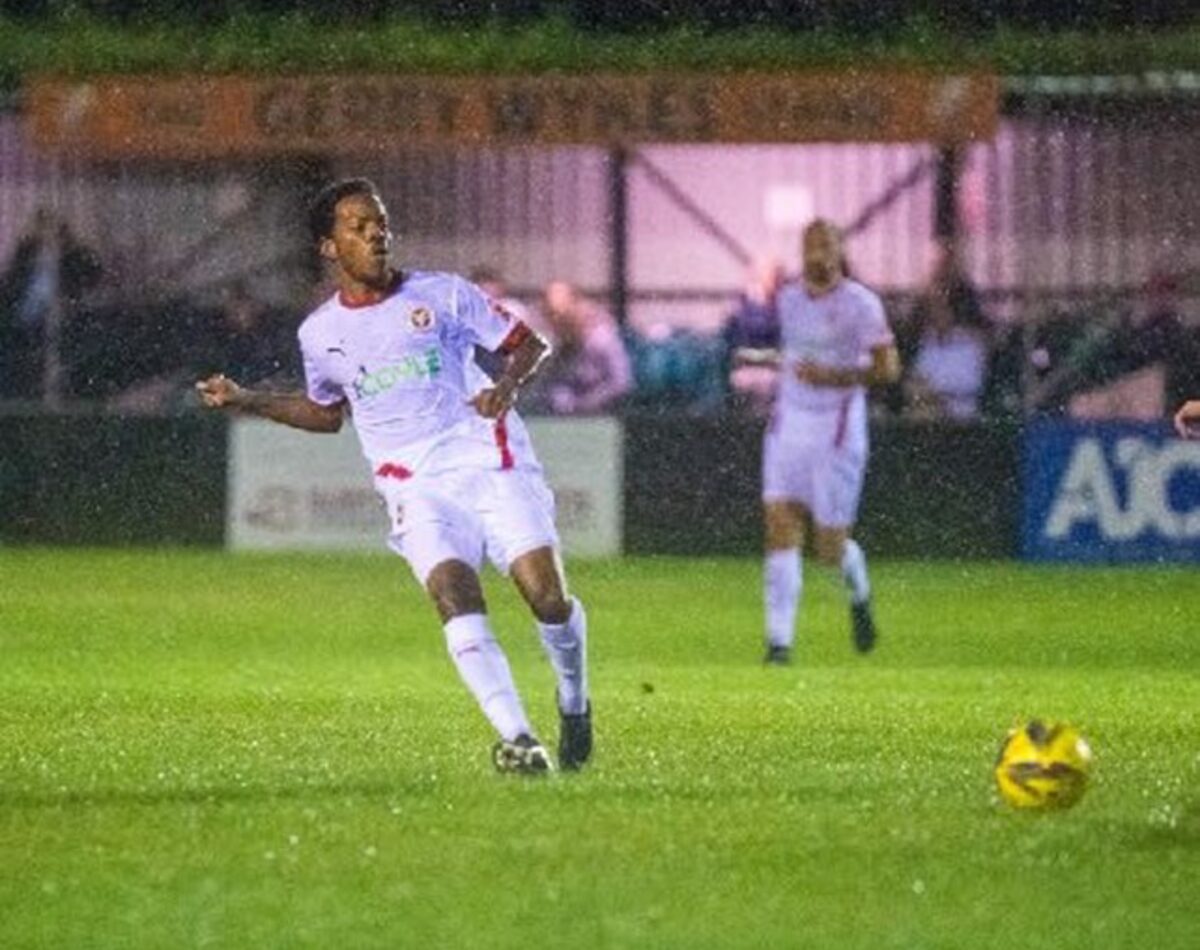 In his pre match comments the PA announcer gleefully described The Rams result at Yate Town as ‘A Thumping’ and set out to outline how The Row, one point behind their visitors, could benefit from’ “A big three points”. Fair to say he wasn’t quite so chipper announcing Baz Pashaj’s 76th minute fourth goal for The Rams. The final dagger through the heart of the home team who were out of sorts all evening from the opening moment, when Nathan Minhas deftly guided home Pashaj’s angled cross.

Bouyed by the perfect start The Rams took control and it quickly became apparent that the pace of Minhas, Vasiliou and Pashaj was likely to trouble a back four who spent most of the opening half arguing with the linesman who they held somehow responsible for their inability to manage an offside trap.

Such was the case in the 20th minute when Toby Little doubled The Rams lead after a mazey run from Vasiliou, who seemed well placed to shoot, before sliding the ball to Little in splendid isolation eight yards out. The midfielder took a touch before firing home as the home defence set about berating the linesman. 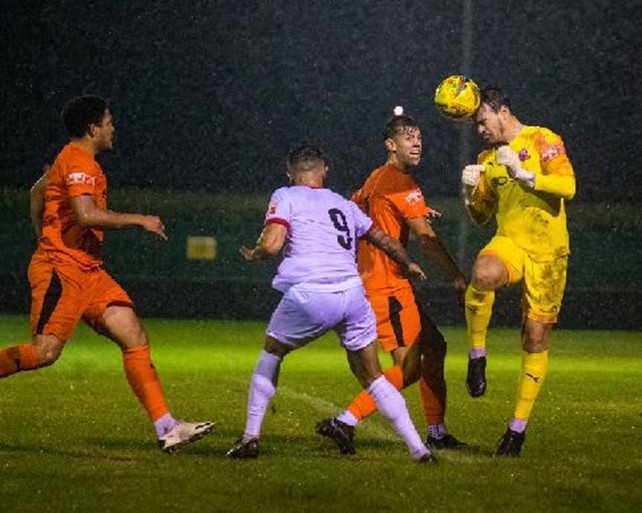 Impossible to say from my position whether or not they had a case. However, for most of the first half their attempt at an ‘offside trap’ was woeful, to the point that even their own bench were siding with the officials by the end of it.

2-0 did not flatter The Rams who played most of the football in the first half. Minhas narrowly failed to get on the end of a skidding Vasil- iou cross and had a late effort cleared off the line, having evaded the desperate lunge of Luke Williams, rushing out of his area. He probably had more time but it would be unfair to criticise the striker who lead the line superbly all night. 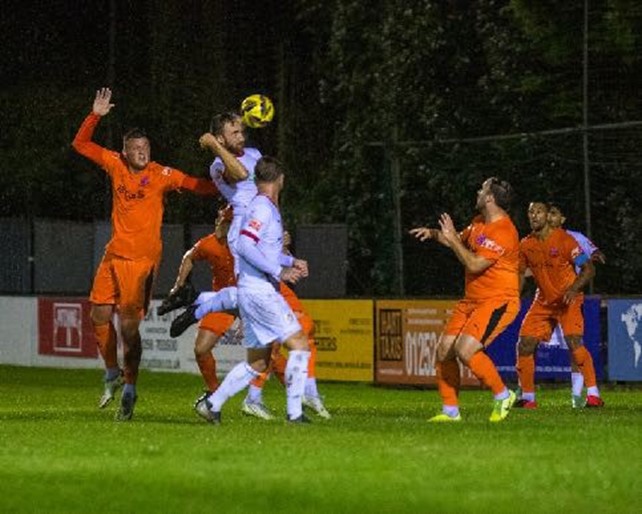 With Scott Donnelly and Toby Little screening the back four and Kens- ley Maloney probing and prompting, linking the play, The Row were unable to really test Ayman Azaze to anything beyond regulation stops although the terrible conditions added a bit of extra jeopardy but the big Springbok stopper’s handling was solid throughout. The Rams were comfortable until the closing moments of the half when the Row got themselves back into things.

A deep cross beyond the far post was met by Ben Wright in space and he guided his header across Azaze and into the corner.

With the advantage of the slope and bouyed by the goal on the stroke of half time you sensed that The Row fancied their chances as the second half got underway. The Rams defence stood up to the onslaught though and whilst the home side got some joy down the flanks, Azaze and centre backs Luke Neville and Olly Sprague dealt with the threat sometimes, at full stretch, and repelled all comers.

The Row continued to threaten with Josh Webb and Reece Wylie driving them on but as they pressed they remained vulnerable to the counter and The Rams pace up front.

So it proved after 64 minutes. Olly Sprague stepped into midfield to make a timely interception, glided forward and delivered a beautifully weighted pass into the path of Minhas who held off the attentions of Nathan Smart and passed the ball wide of the advancing Williams and into the net. 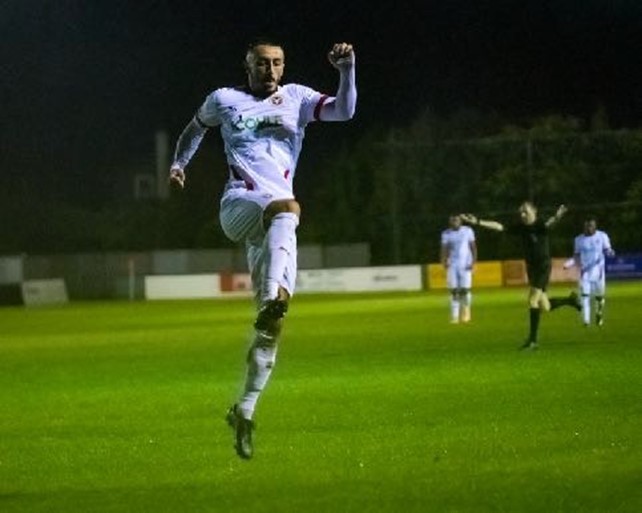 The Row continued to press but the die was cast. When Pashaj collected sub Tyrone Lewthwaites pass before drifting infield and shaping a low shot into the corner the icing was on the cake and the wide man could chalk off another waypoint on his road back from the injury wilderness of the last two years.

A good night in all but the weather and a fabulous outing for the new away kit. Spare a thought for kitman Graham who has to wash it! 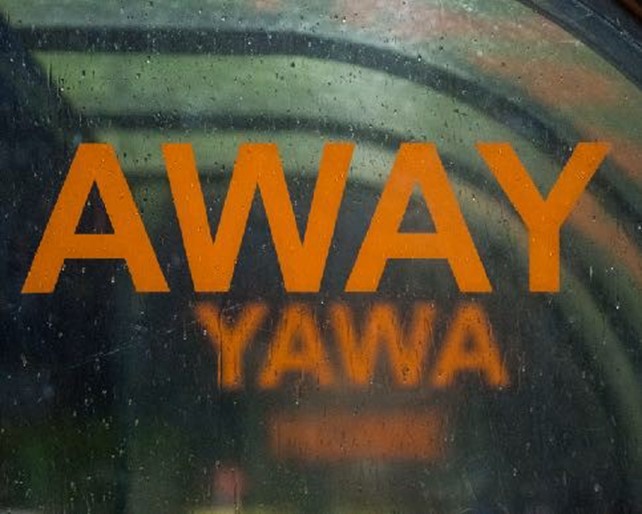 Next up on the “Will we ever have a home game again tour” The Rams travel to Poole Town on Saturday.

Come on You Rams