SYCOB WIN BATTLE OF THE RAMS!

SYCOB WIN BATTLE OF THE RAMS! 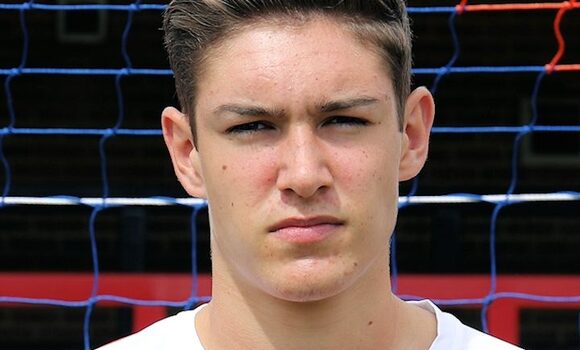 Though Charlie Losasso had an effort well saved by Petersfield's Connor Beattie in the first minute, Beaconsfield struggled to get their passing game going and were made to work hard by a committed opposition fighting for their lives at the very bottom of the League. Petersfield's effort was rewarded on 16 minutes when Billy Connor fired in a fine effort from a tight angle that beat Beaconsfield keeper Mohammed Ayoub at his near post.

As in the previous game at Histon, going behind seemed to finally wake Beaconsfield up and on 28 minutes Guri Demuria managed to lob Beattie with a header from some distance. Two minutes later Jack McKnight got his head on a hopeful cross and saw his effort fly past Beattie to put the home side in front.

The second half began with Beaconsfield firmly in charge and enjoying lots of possession but unable to find that third goal which would surely have killed off their plucky opponents. Aaron Berry had an effort well saved by Beattie on 49 minutes and Komal Llewellyn-Reid had a header just over on 61 minutes. However it was Petersfield who were next to find the net, the tricky Connor racing onto a long ball to lob Ayoub for a decent finish on 62 minutes.

A double substitution by Beaconsfield seemed to give them a new lease of life as they again took the game to their visitors though Petersfield always looked dangerous on the break. On 78 minutes, however, a seemingly wasted ball out of defence was chased down by Losasso who did brilliantly to pull it back for Aaron Berry to control and then slot past Beattie to put Beaconsfield back in front.

Ollie Jones forced another good save out of (Man Of The Match) Beattie on 81 minutes whilst Petersfield themselves missed a glorious opportunity on 84 minutes and there was a big sigh of relief amongst the home support at the final whistle!

If Beaconsfield "got away with it" then Petersfield have every right to feel hard done by, their efforts belying their position at the foot of the table. Still, three points is three points and the victory moves Beaconsfield up to ninth place and within a win and draw from bothering the Play Off places. Should be an interesting end of season!