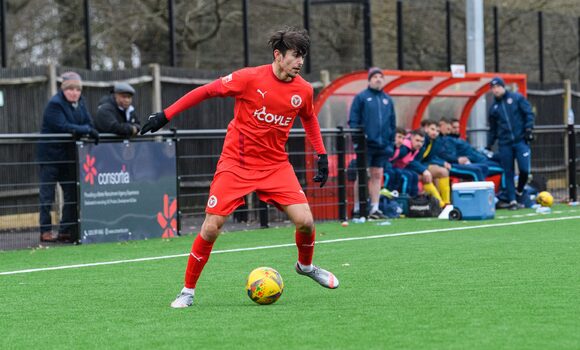 Although Saturday ultimately ended in defeat, it gave a strong indication of the distance Beaconsfield have come since the sunny mid October day when Taunton Town handed the Rams a chastening 7-1 hiding.

Since then both teams have gone from strength to strength. Taunton Town now sit fourth and The Rams are establishing Holloways Park as a difficult place to play with, prior to Saturday, one defeat in nine matches. 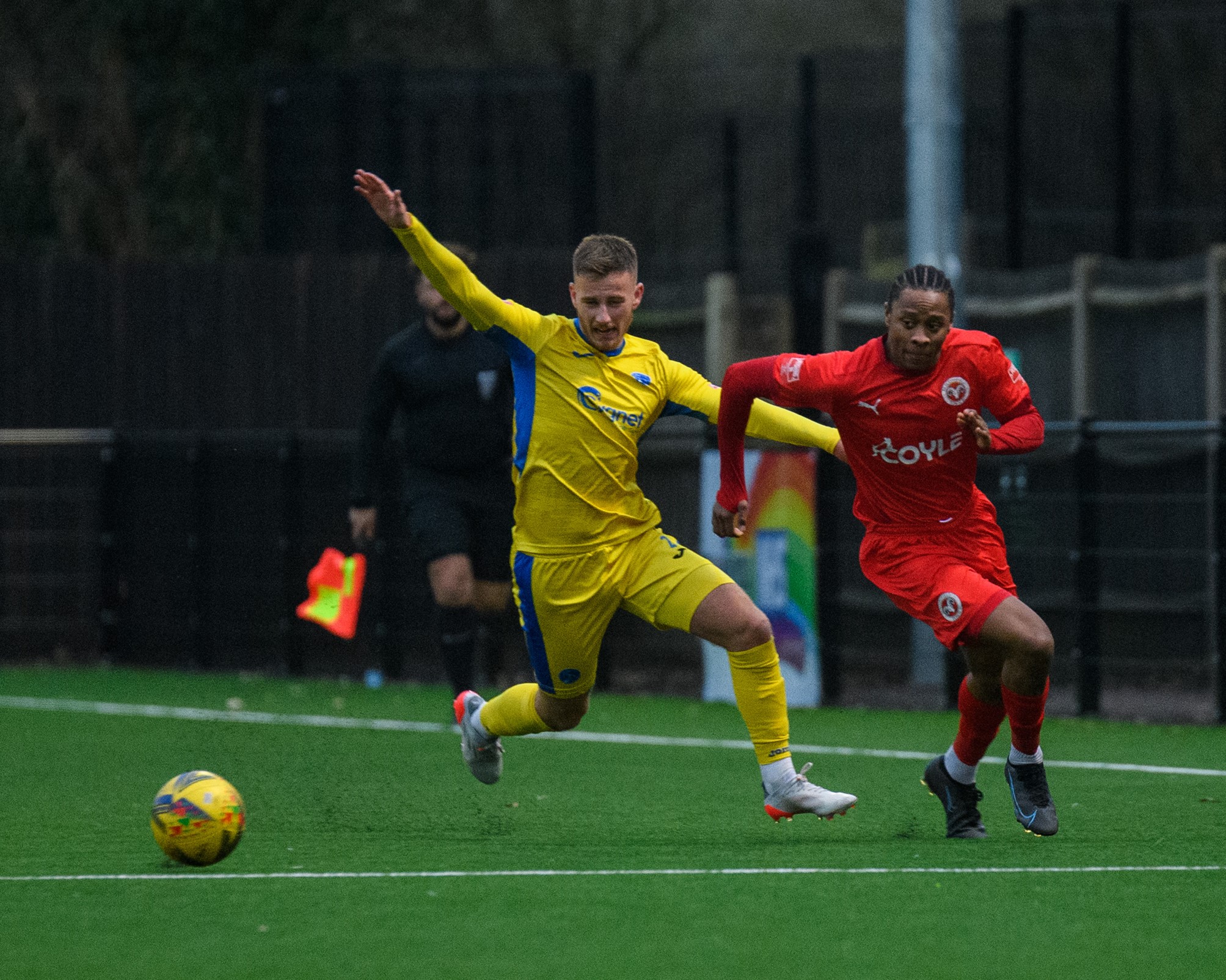 Taunton settled the better and created the best of the early chances but wasteful finishing meant that Ryan Hall in The Rams goal was not called into action, beyond watching a Ross Stearn effort from 20 yards flash past the post. Stearn and Dan Sullivan were at the heart of everything the visitors did but as the half wore on Ryan De-Havilland, Jordan Ajanlekoko and Aaron Minhas began to assert themselves and take control. Lucas Sinclair and Dan Bradshaw were lively on the flanks and Nathan Minhas lead the line with his usual physical effort and application.

Bradshaw narrowly failed to get on the end of a curling Ryan De-Havilland cross. Then Sinclair stepping in off the left wing drew a flying save from William Buse, the keeper diving to his right to turn away a curling 20 yard goalbound effort.

Ryan Hall in the home goal was forced to make one save of note turning away another Stearn effort, the visitors first shot on target. 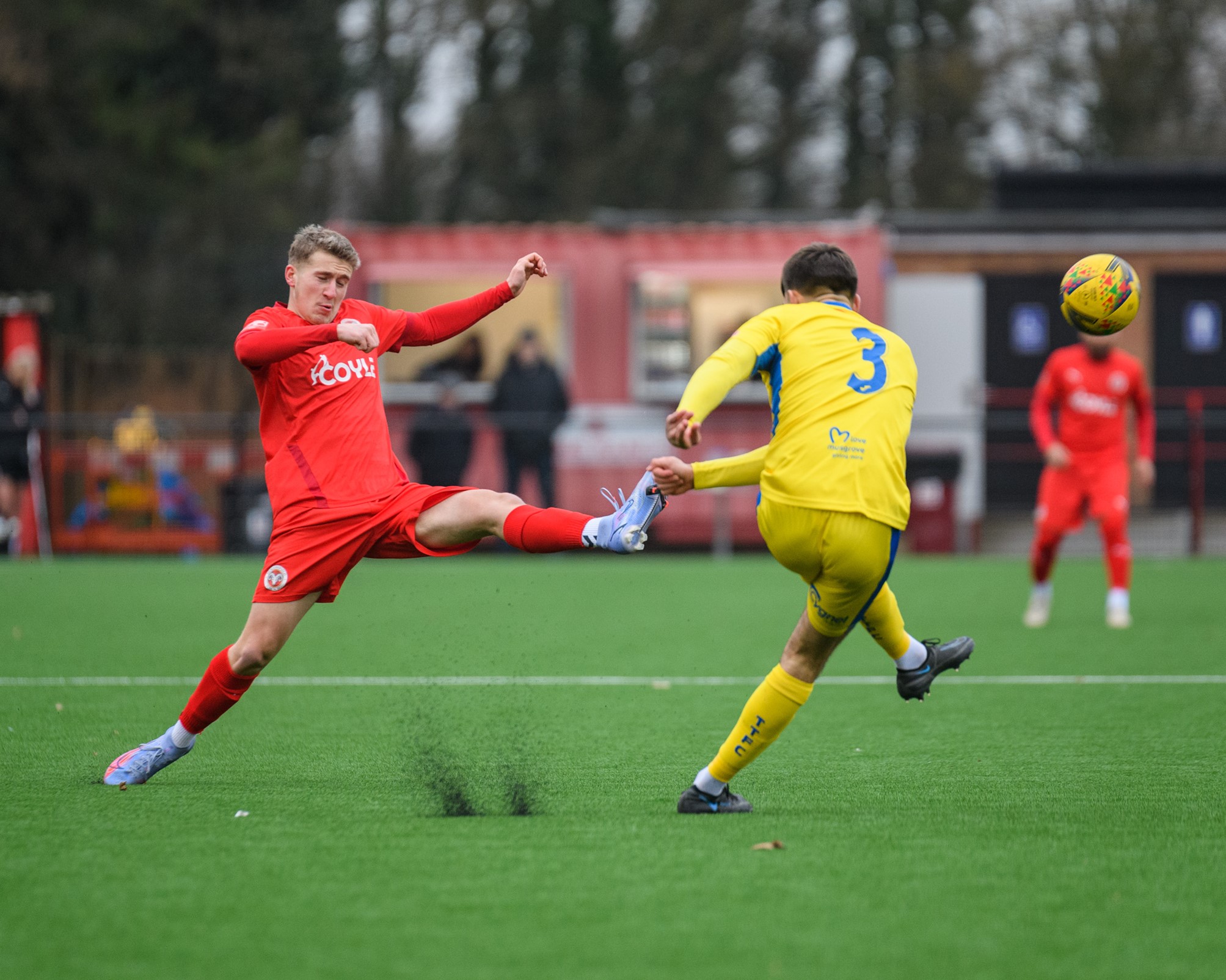 The Peacocks attacking forays were few and far between though and at the other end Nathan Minhas had a goal bound effort somewhat fortuitously deflected over the bar. Aaron Minhas had penalty claims waved away when he went down a little easily under the challenge of Taunton’s outstanding defensive presence Ben Adelsbury.

As half time approached The Rams continued to press but the Taunton defence stood firm and physical and protected Buse’s goal like their lives depended on it.

So it was somewhat against the run of play when Dan Sullivan gave them the lead in first half injury time.

In such a highly competitive encounter with no quarter asked and none given, both sides largely cancelling each other out, it was always likely to be a moment of quality or an individual error that was the difference between the teams. 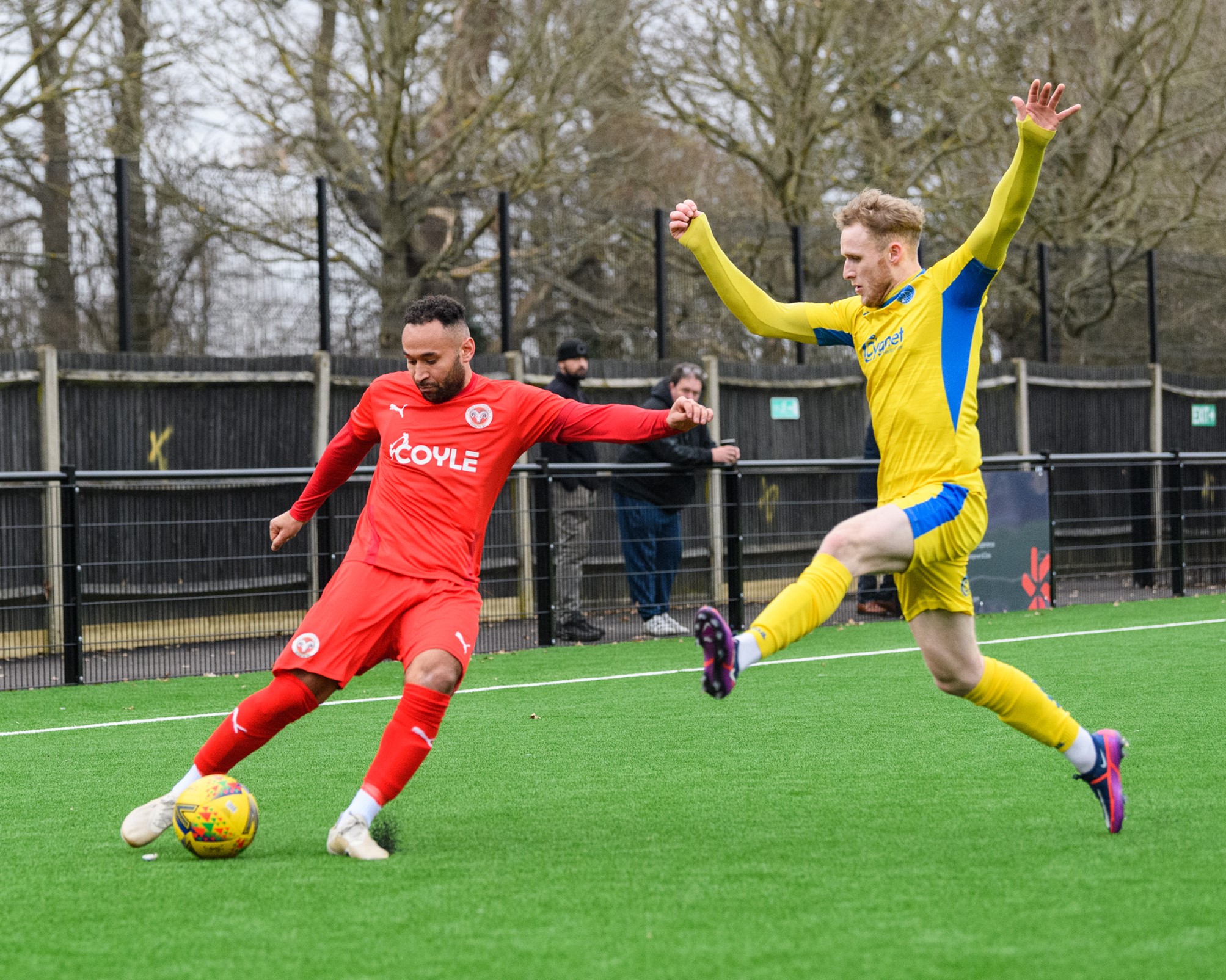 Unfortunately for Beaconsfield it proved to be the latter.

The otherwise excellent Rams keeper Ryan Hall muffed an attempted pass to Keano Robinson from a goal kick in first half injury time. As Robinson attempted to adjust to the path of the ball he slipped Andy the ball fell to Ross Stearn 40 yards out in the middle of the park.

As Beaconsfield defenders scrambled to cover Stearn fed Dan Sullivan in the inside right channel. He steadied himself before firing his shot across Hall into the far corner from 15 yards. 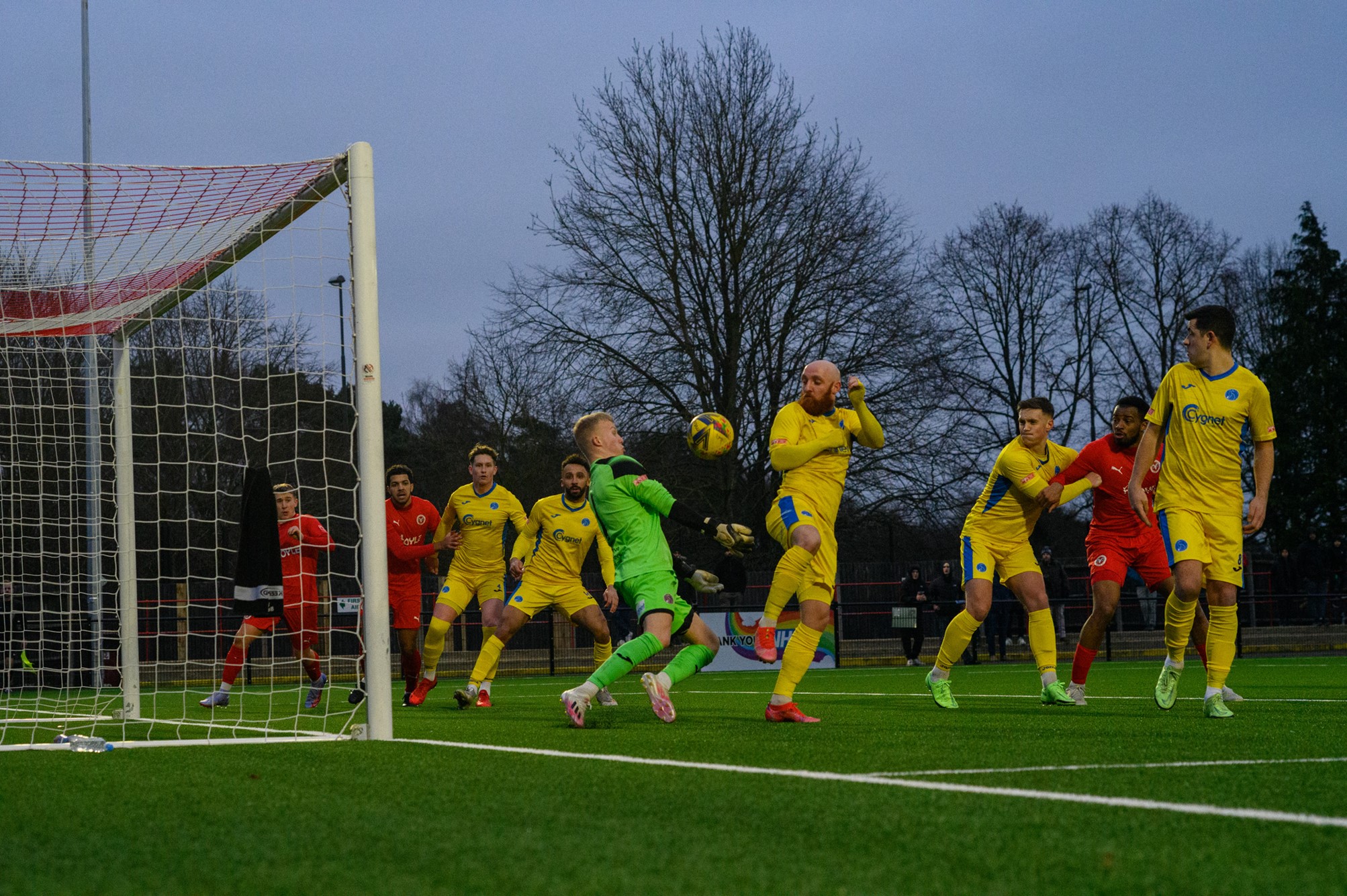 The second period continued much as the first had developed. The Rams were lively and largely dominant with the visitors defending resolutely. The home side were so dominating possession and territory that had you been unaware of which team was fourth and which twelfth, you’d almost certainly have picked the home side as the higher placed.

Taunton had something to hold on to though and as they sat in The Rams were increasingly frustrated.

Try as they might though they could not find a way through the resolute and well drilled Taunton defence, Ben Adelsbury and skipper Nick Grimes worked their socks off stretched to and occasionally beyond the limit by Nathan Minhas. 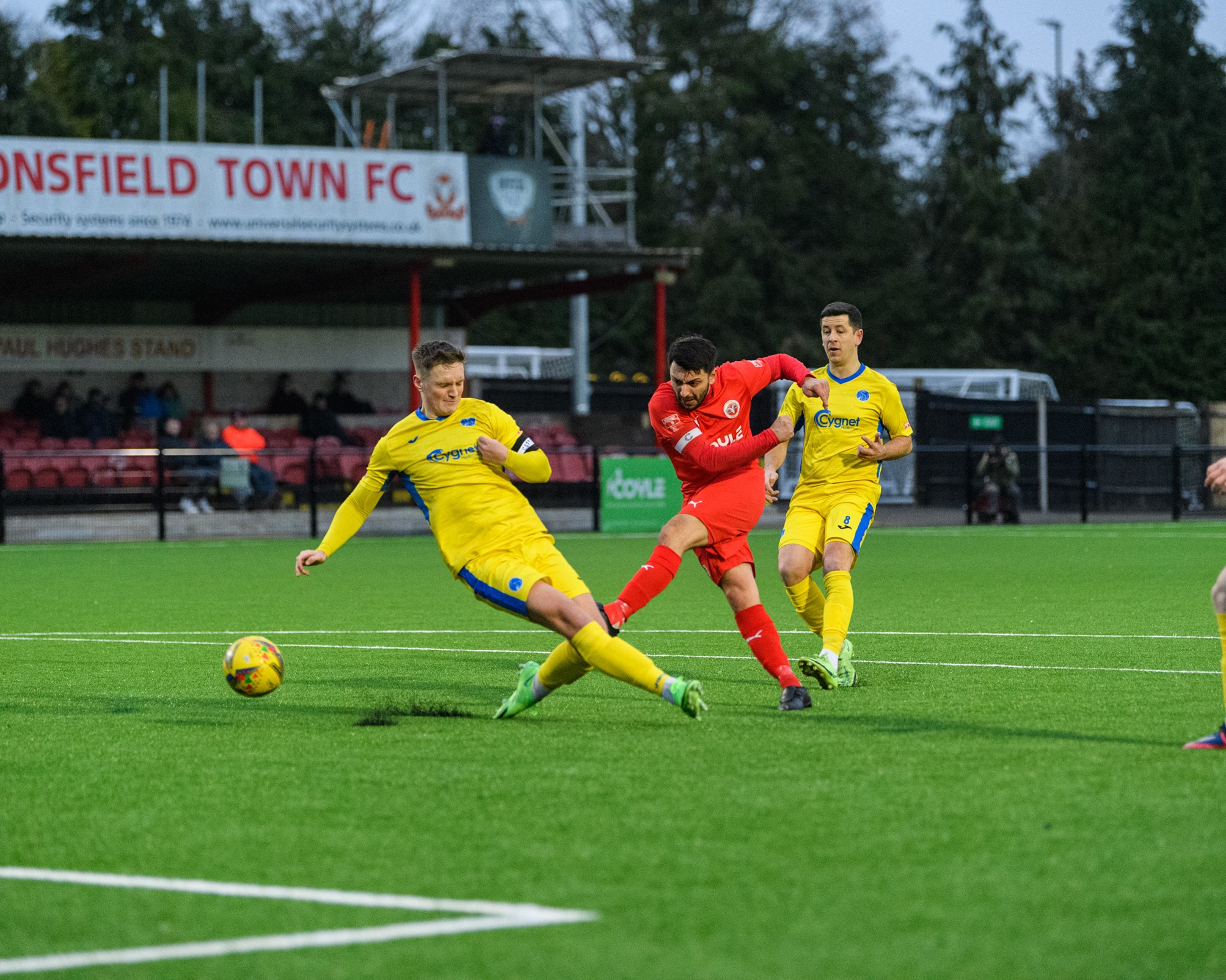 Despite a succession of second half set pieces Beaconsfield struggled to turn their pressure into chances. The visitors rode their luck on occasion but William Buse only save of note turning away a Keano Robinson nearpost header from a corner.

Gary Meakin rang the changes and used every attacking option he could to try and find the break through but Taunton’s massed defence always managed to get someone in the way. When half chances did present themselves, a poor contact or a deflection always seemed to favour the visitors.

They could probably have played until bed time, it was just one of those days for the home team.

So on the day nothing to show in the points column but when a team sitting in fourth place with designs on the title celebrate a one nil win like its a cup final you’d have to say Meakin and his young team are headed in a positive direction.

Next up The Rams welcome Weston Super Mare to Holloways Park next Saaturday afternoon.