THE JOY OF SIX FOR SYCOB!

THE JOY OF SIX FOR SYCOB! 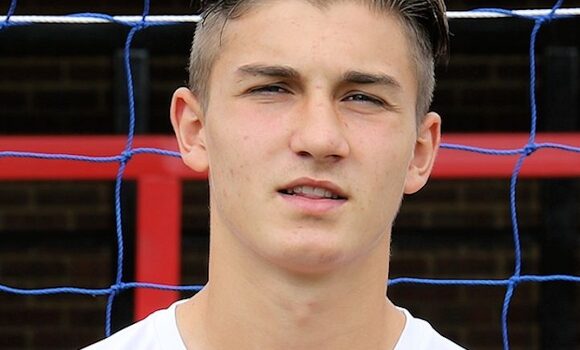 Beaconsfield extended their winning streak to six games with a six goal blitz of bottom side Petersfield Town.

On a terrible surface the Beaconsfield Rams found it hard to get into their recent footballing groove. Indeed it was the home sides Rams who settled first with their tricky No.11 forcing Sam Bunting into a good save on twenty minutes and three minutes later the No.9 hitting the post after some slack Beaconsfield defending.

On 25 minutes however, Petersfield were reduced to ten men when the No.8 (Nick Awford?) received a straight red for an incident with Aaron Minhas, the ensuing "handbags" doing neither side much credit. It got worse for the hosts on 28 minutes when the No.4 (Harry Giles?) was also dismissed for an incident with Minhas and the Petersfield manager was also sent off for his part in the ensuing melee which could have seen both sides numbers drastically reduced.

Once everything had settled down, a football match broke out and Beaconsfield took the lead on 40 minutes as Charlie Losasso fired home from an Aaron Berry knockdown to give the Beaconsfield Rams a 1-0 half time lead.

11 v 9 was never really going to be an even contest and so it proved on 52 minutes when Aaron Berry fired home after a great defence splitting pass from Laurence Rispoli. That goal clamed any nerves Beaconsfield had about a Petersfield comeback and they set about stretching their opponents, Spencer Maw firing home a third goal on 56 minutes after a great through ball from Losasso.

Petersfield nearly pulled one back on 63 minutes after some slack Beaconsfield defending but were denied by a good block from Sam Bunting. Both Berry and Callum Bunting then went close for Beaconsfield before Maw grabbed his second of the game on 69 minutes when his cross was misjudged by the keeper (George Hill?) and rolled over the line.

From then on Beaconsfield were queuing up to score, with Berry, Maw, Bunting and Ryan Hill all seeing good chances go begging. The fifth goal came on 82 minutes when a Hill cross found Maw who slotted home for his hat trick and five minutes later Callum Bunting turned his marker to chalk up goal No.6

Credit to the Petersfield Nine for never giving up but when you're down the luck never seems to be with you. Credit also to Beaconsfield for making the most of the poor conditions to secure an important victory and three points as in just over a month they have moved from possible relegation candidates to possible Play Off contenders. It certainly is a funny `ol game!