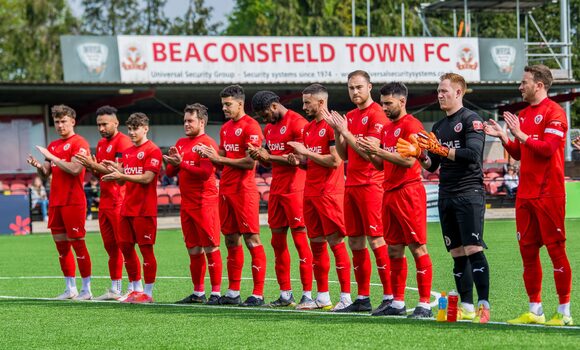 On the afternoon that The Rams paid tribute to the life and contribution of long time secretary Robin Woolman, who has died after a short illness. The season drew to a close at Holloways Park in something of anti-climactic fashion that has characterised their slightly disappointing run of end of season results.

The Rams started slowly and should have gone behind inside the first three minutes. Rio Garside sprung the off side trap, drew Mike Neish, sat him down and then contrived to hit the stranded keeper with his attempt to lift it over him.

Truro’s movement and fluidity on the ball gave the somewhat statuesque Rams defence all they could handle but failed to create another chance before The Rams shook themselves into life and started to play their own football. 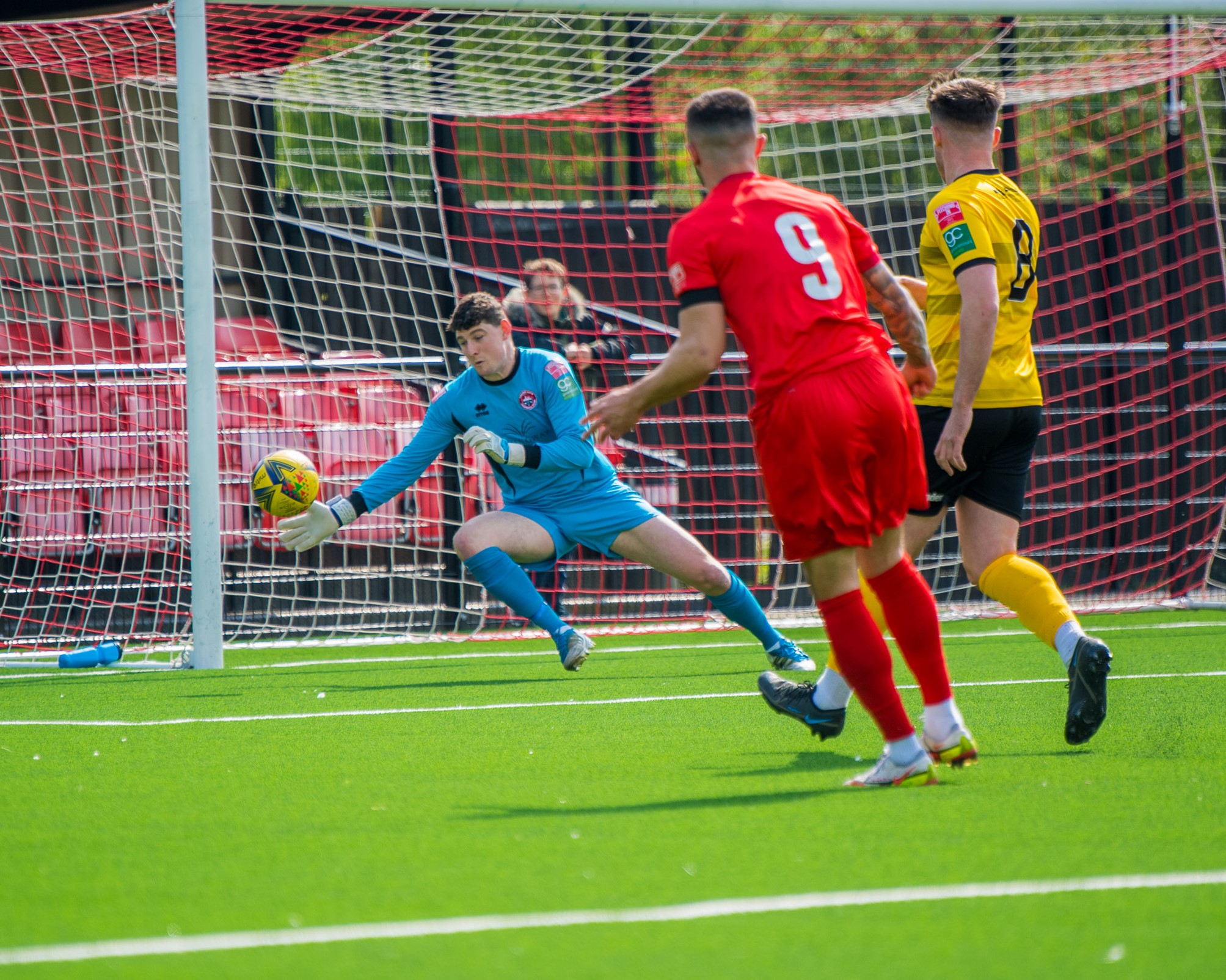 Olly McCoy began to make inroads on the left and chances began to come as Nathan Minhas, Aaron Minhas and McCoy himself drew saves from James Hamon in the Truro goal. 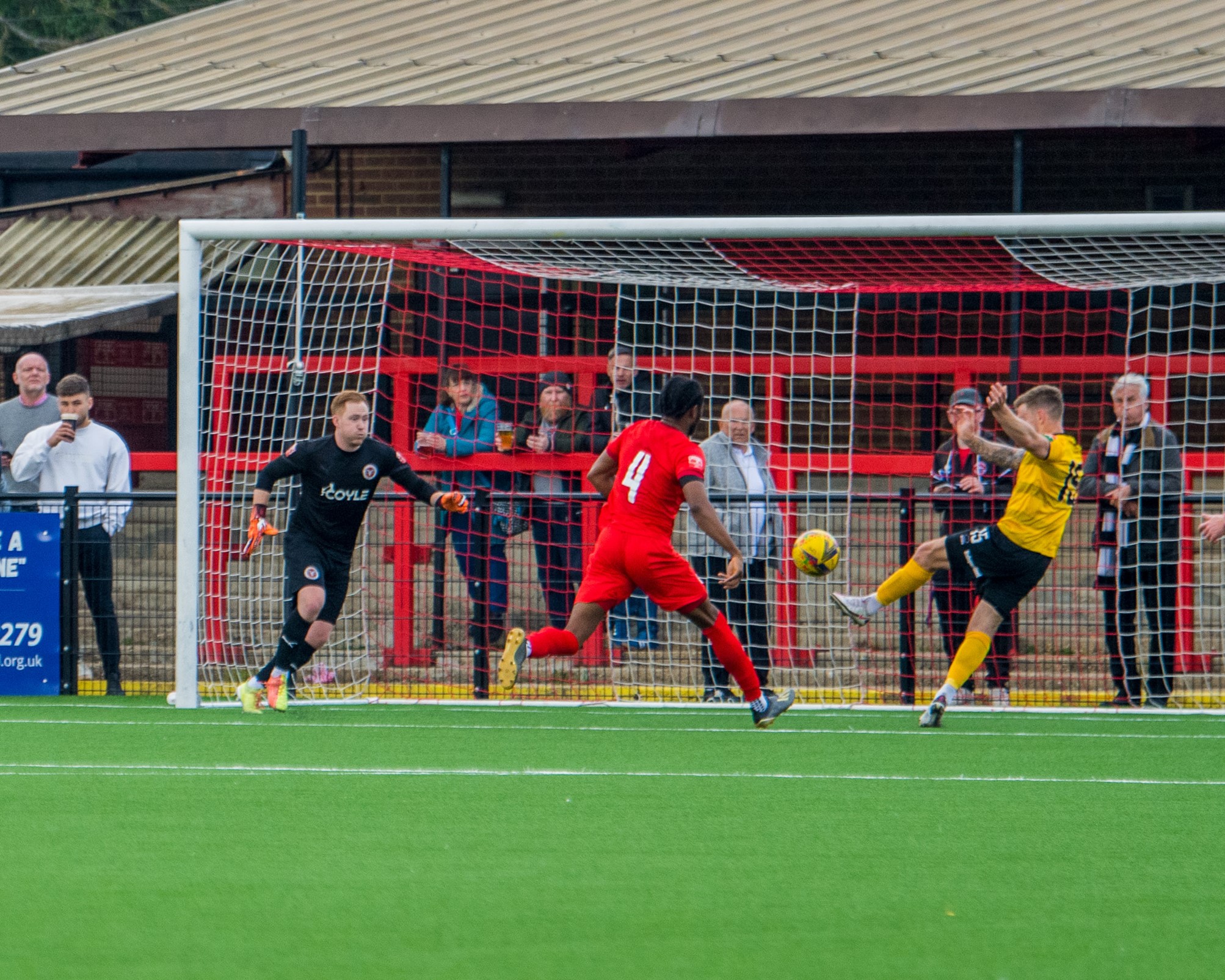 It was therefore something of a shock when Truro took the lead on 28 minutes when Jordan Aghatise was harshly adjuged to have fouled Rocky Neal, who previously enjoyed terrorising The Rams defence in his time at Taunton, as the pair tussled over a ball which was running out of play over the goal line.

It was the kind of challenge that occurs a million times a season, wherever football is played, without incident. No one appealed. Even Neal, who showed a willingness all afternoon to crash dramatically to the turf under the minimum pressure or contact, didn’t even ask the question.

Referee Mr Kelly though, was in no doubt and pointed to the spot. All afternoon he officiated in the all too familiar, sometimes right, often wrong but always absolutely certain style that is guaranteed to drive one to distraction.

Neal recovered his composure and sent Mike Niesh the wrong way to give Truro the lead.

He should have made it two just before half time. Alone at the far post 5 yards out with Niesh struggling to cover Neal somehow contrived to steer his effort over the bar with the goal gaping.

Almost immediately Olly McCoy created an opportunity to draw The Rams level. Driving past full back Thompson and evading the defenders attempted pull back, he drove into the box and steered a shaped effort across and past Hamon only to see it rebound to safety off the base of the far post. 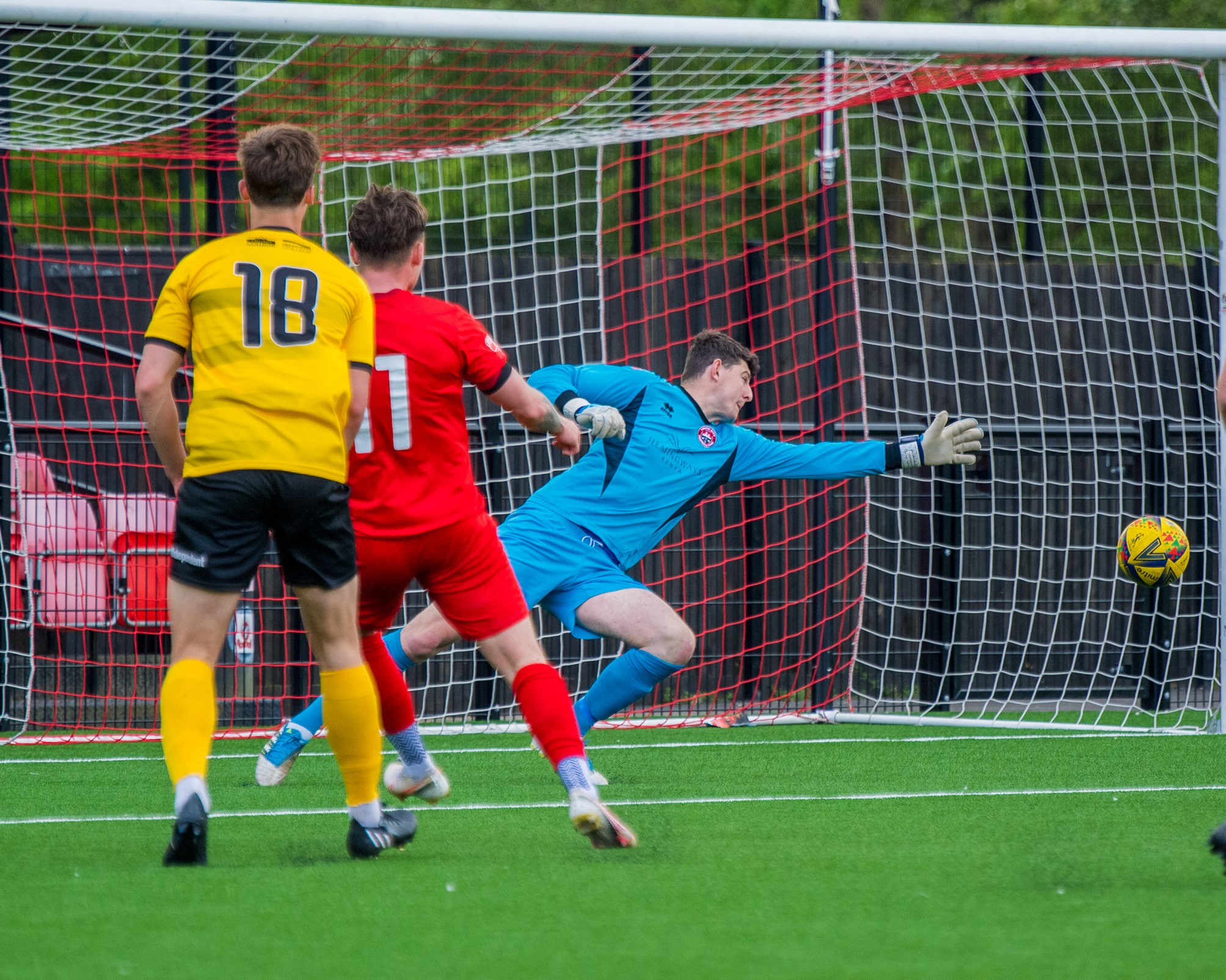 Beaconsfield were forced into two changes at the back as Luke Neville and Andrei Chiriac were unable to continue. Josh Fawole and Lucas Sinclair forced a change to the system and The Rams began the second period on the front foot.

McCoy and Sinclair exchanged passes releasing Lucas in space on the left his pull back was met by McCoy whose low first time effort beat Hamon and nestled in the bottom corner.

From thereon it looked like there would only be one outcome as The Rams pressed forward in search of the winner. 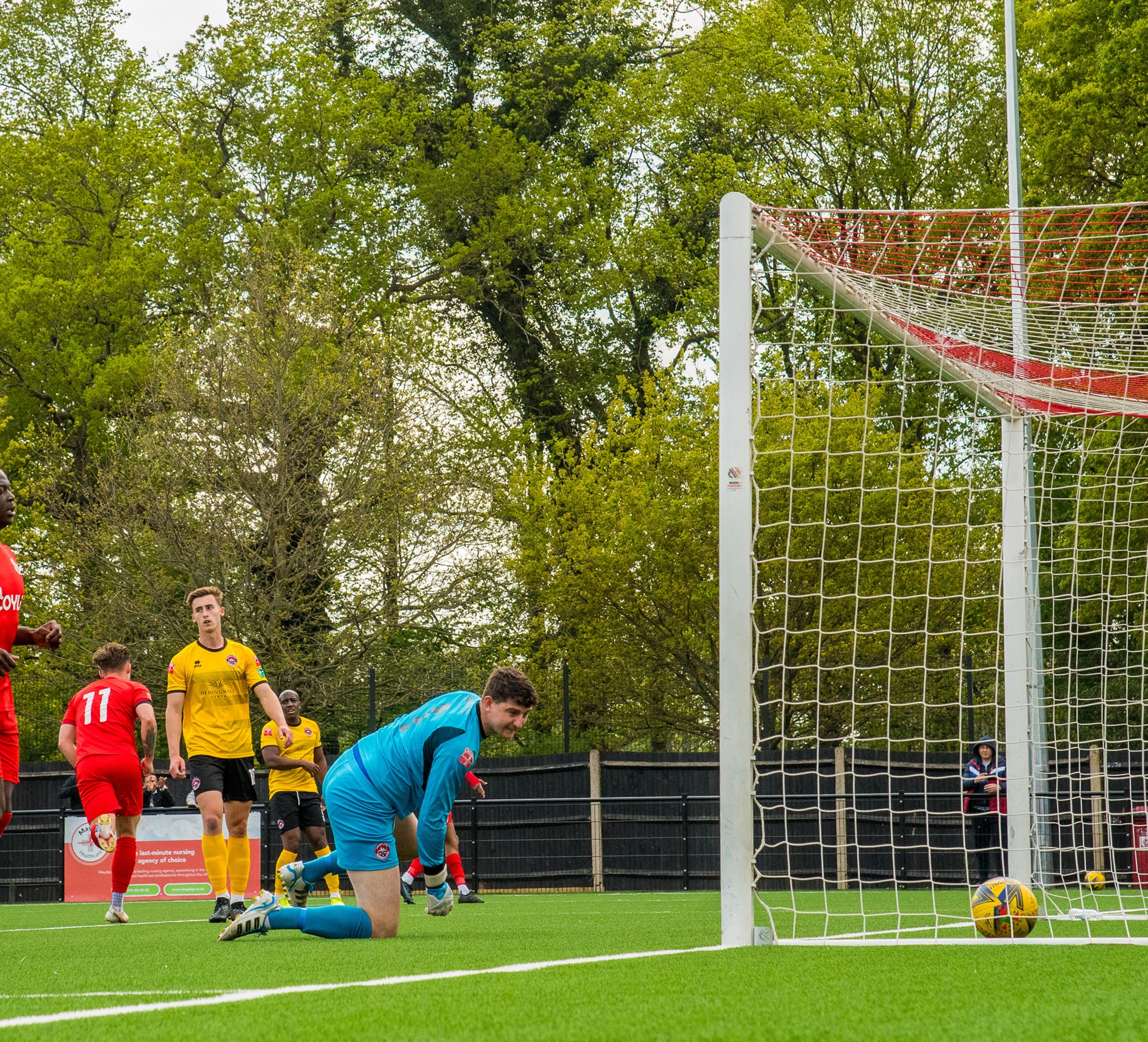 Truro settled for sitting in, soaking up pressure and breaking with pace. Despite dominating possession, clear chances were few and far between as The Rams pressed. There was an air of inevitability about Truro’s winner as a multiple collision in midfield left The Rams over commited and the loose ball was collected by Alex Battle who advanced 40 yards largely unhindered before firing in a dipping cross shot.

The Rams continued to press but were unable to extend Hamon further. They had presentable claims for a penalty waved away when Mr Kelly decided Lucas Sinclair being shoved to the ground with two hands was less persuasive than Rocky Neal falling over. Pretty much summing up his afternoon.

So the curtain fell on a somewhat surreal season, the first completed for three years.

A season that commenced on the road with pre-season in July and an opening to hostilities proper that required 27 away trips before Octobers return to the new Holloways Park and it’s magnificent new playing surface. 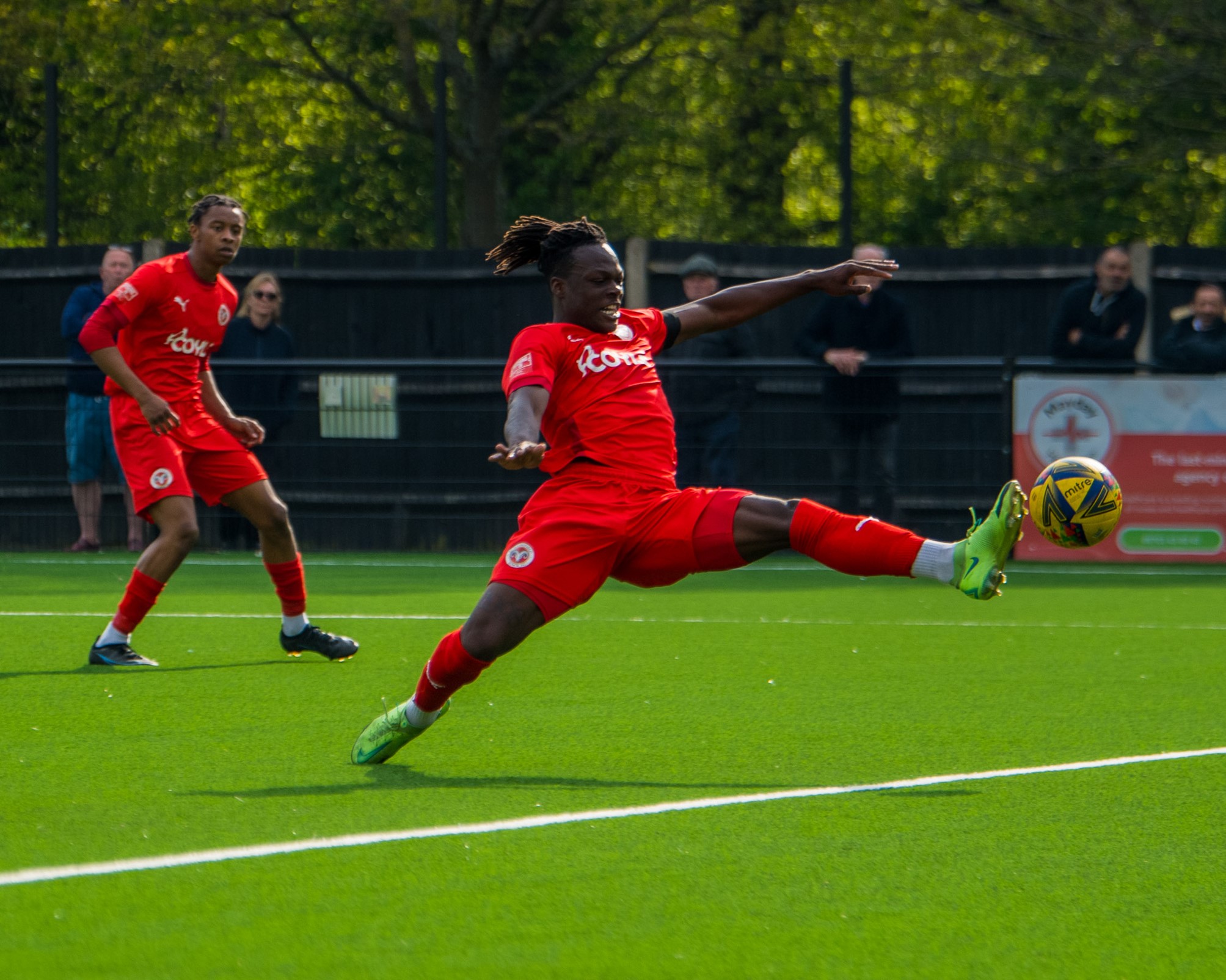 Whilst the run of defeats to close the season made for something of an anti-climax, anyone who’s watched all season will be in no doubt that there are reasons for optimism.

The changes to the squad forced by injuries and loanees returning to their parent clubs in the final third of the season provide a clear indication of the path to continued improvement at this level for Gary Meakin and his team.

One is left wondering what might have been had the sqaud of November, December, January and February remained intact. That was a squad that competed toe to toe with the likes of Champions Taunton and all the play-off contenders. Scored goals for fun and in bunches.

The presence, leadership and experience of Liam McDevitt. The experience and quality of Olly Sprague. Dan Bradshaw’s boundless energy and effort and Ryan Halls calm authority in goal were difficult if not impossible to replace.

Had that unit been available throughout the closing weeks. There can be little doubt that results would have been much better.

That said their absences came at the point when safety had been achieved and provided space and opportunity to introduce the products of the Academy system which is beginning to bare fruit. Andrei Chiriac continued to develop and was joined by Jack McKenzie and Kayne Connor as regular members of the senior squad.

The trick for Gary Meakin, as it is every summer at this level, will be to retain the group as far as possible, certain in the knowledge that some will not return. Ensuring that any required, new blood is as good or better than those being replaced both on and off the park.

Enjoy your Summer. See you in August

Come on You Rams.